Photographer Sydelle Willow-Smith’s work seeks to present an accurate depiction of the spaces she inhabits. Her gaze undulates in accordance with her subject matter – reflexive, like her portraits of dancers and live music performers; inquisitive and introspective, like her work with the residents of Blikkiesdorp. Warmth and subtlety permeate her work – a universal gentleness, an inviting smile, a raised arm reaching out as though to invite you into her world.

Through ‘Soft Walls’, the body of work presented as part of her being the recipient of the inaugural Gisèle Wulfsohn Mentorship in Photography, Sydelle explores the notion of making a home in empty spaces; of erasing borders to forge a new identity. Rather than cast her gaze on what she calls the “insider/outsider dichotomy”, Sydelle sought to find and define – much like the people in her work – signifiers which demarcate existences of those who are constantly othered by their communities. 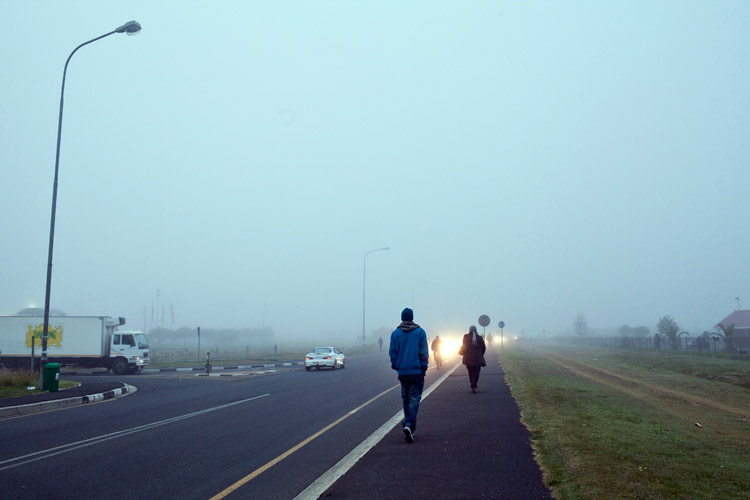 We sat down with Sydelle during the walk-about following her exhibition opening at the Market Photo Workshop to pick her brain about the motivation behind her work, gender issues and future protects.

What do you enjoy about the process of photography? Do you look at it philosophically, or is it just ‘I have this thing and I’m gonna take a picture’?

I think I look at it in terms of the access that it allows me; that’s what I like about it the most. Because our country is so weirdly divided; there are so many walls; class and race and everything, all the -isms. I think having a camera, first of all, gives me the self-confidence to say ‘hey, I’m here, and I want to take some pictures.’ And also people, I feel, do let you in a little bit more if you’re interested in their stories. So you get to jump between all the different spaces. 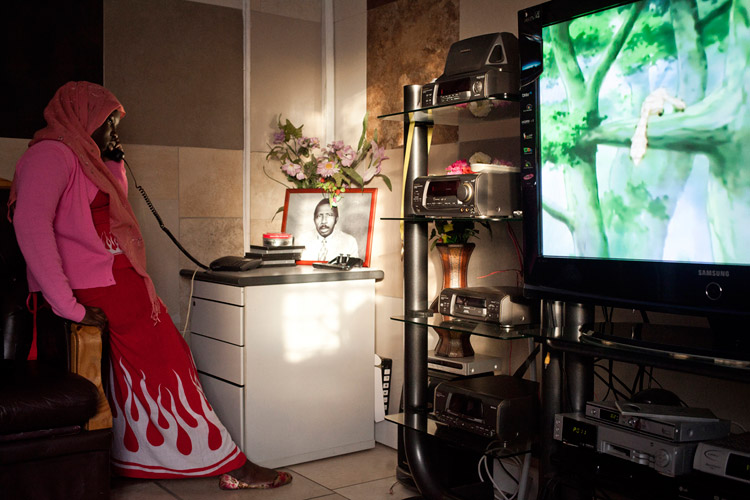 I’m really glad that I spent four years studying anthropology because you do focus on that a lot, and your position in your ethnography, or in your story [and] in the body of work you’re doing. I’m white; I live in South Africa; I come from the privileged side of the fence. I have to really think about why I’m in a certain space taking certain pictures, because I don’t want to be a drive-by shooter of townships on a township tour with my  big fancy Nikon or Canon. That’s, for me, why it was so important with this project to spend a lot of time getting to know people, making sure they were happy with what I was  trying to do; making sure that they have a say in how the narrative was being done; having their voices included in the catalogue and the captions; doing video interviews. Because of that, because there’s been this trend of colonial photography or NGO-style photography of taking, and I didn’t want it to be about just taking. I wanted to make something.

Throughout the course of this project (and previous ones you’ve carried out), you develop a relationship with the people. What happens when the project ends?

It’s hard. It’s a very strange thing to do with people. The whole time you’re building trust, you’re making friends, you’re asking questions – your curiosity is fueling your drive and your passions to be a part of it. At the end of the day, you’re also there to do a project, and the project does end. You also have to learn to let go. It’s like when you do research and you do ethnography, and you hang out in a certain community for six months. You have to wean yourself off it, in a way, afterwards. But I do want to stay in contact with everyone, and I do want to try and make sure that they can come to an exhibition of the work in Cape Town, so that they can see what I was talking about the whole time. I want to make sure that they get the catalogue; make sure that I can give them some prints, their favourite prints from the project, so they feel like they did get something out of it. Because it is always an unequal power dynamic at the end of the day, and I think to pretend that it’s not is an untruth. 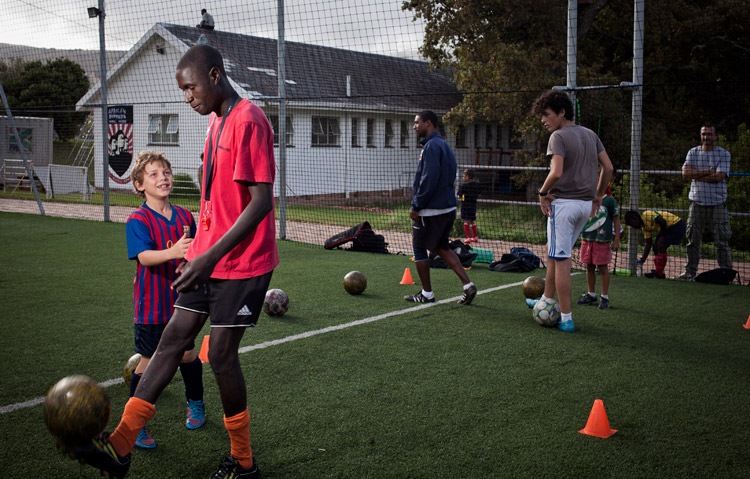 Do you ever feel – and it’s sad that this is a question which always rears its head – but do you feel that as a woman photographer there are barriers of entry into certain spaces, or are you better placed because you are a woman?

I’m not too focused on gender, personally. It’s not something that I spend a lot of time thinking about, I spend a lot of time thinking about other things. In certain situations I’ve found…like when I photograph music, and I’m in the pit, and I’m the only woman, and I don’t have as big a phallic lens as the guy next to me, I feel a little bit of gender dynamic. Or when a bunch of DOPs get together and start talking technical, I’m not really that interested; as long as the camera works and I’m getting the shot, cool! But that’s me. I’m not saying that all women aren’t technical. I think with this project, the soft, subtle, poetic approach comes from my femininity, but not to say that some sensitive man couldn’t do something similar. I think being allowed into people’s homes, and being a woman on my own from a different cultural background, I think that made it a little bit easier. Maybe if I was photographing male initiates, then my female form as a photographer would be an issue. It really depends on the subject matter. Like, in the Madrassa, I purposefully didn’t wear shorts; I’d come with jeans, but I didn’t cover my hair. I just tried to be a little bit respectful of the different areas that I was in. When I was at university, I went to The Gambia on a graffiti project, Wide Open Walls, and I didn’t think about that kind of stuff. I did interviews wearing little shorts with all these Muslim women and afterwards looked at the pictures, it was so insensitive! So I’ve learnt from that.

What’s next for you?

I really want to have the show in Cape Town in May. I have a gallery in mind, and I also have the opportunity to exhibit the work publicly – but it’s not confirmed yet! If those two options don’t happen, I will make it happen somehow. I really want to have a public exhibition of the work during World Design Capital. I’d like to do a book of the work as well; I’m in discussion with a book publisher about that. After that I think I would like to try and do a residency in Israel, working with a similar topic to one I did in Spain for a residency during this project called ‘Making Neighbourhood’. It involved looking at how African migrants find ways of constructing a sense of belonging in a very tense environment like Israel because of the way they’re being treated there at the moment. The first Eritrean was granted asylum status this last week after many years… and I am Jewish, so it is a reflective sense of wanting to go there and finish it off in that way. Other than that, I’ll be doing collaborative projects with my partner Makhulu – making documentaries; shooting; seeing what’s out there, applying for grants, [and] continuing this strange journey as a curious participant of the world. 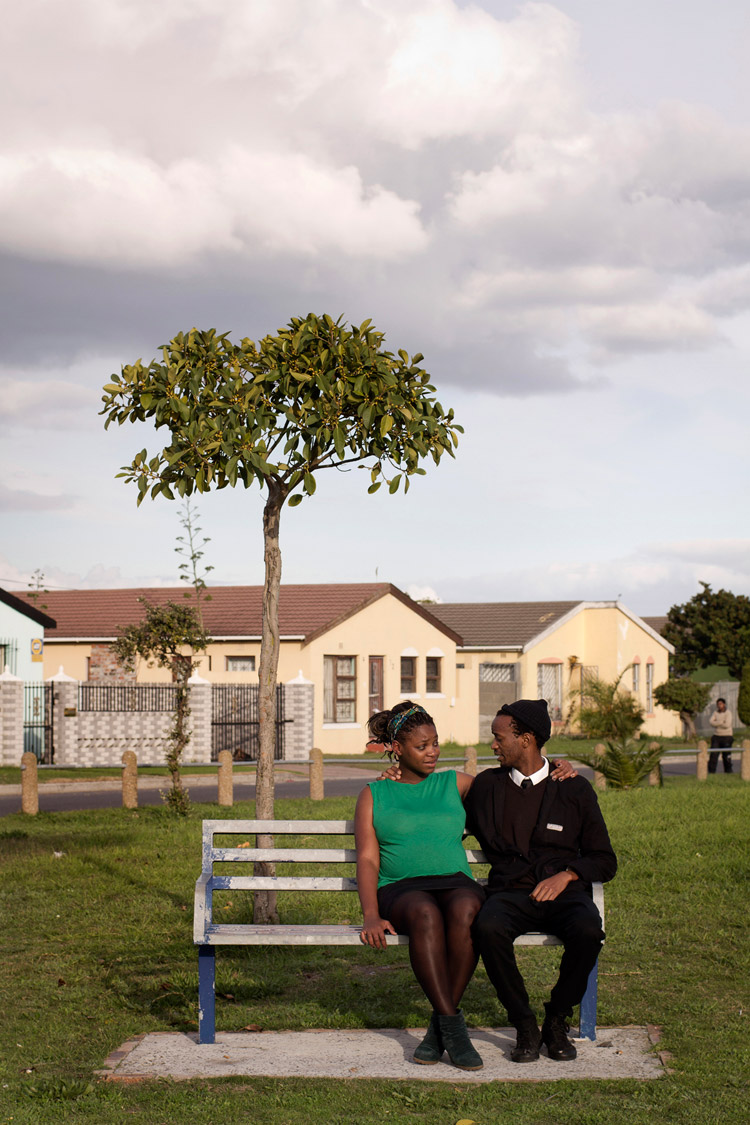