Born in Pittem, Belgium, Claerhout resided in South Africa from 1946. Best known for his bright colours and exaggerated depictions of people and donkeys.
Claerhout spent most of his life as a Christian (Catholic) ministry. He used the money he made from his paintings to fund the building of 20 churches, chapels and church halls as well as many homes; the purchase of 8 vehicles for the transport of the sick, pensioners, and school children. He also sponsored children’s education, and assisted priests financially in building their own churches.
Since his art became sought after, the art market has been flooded with fakes and forgeries of his work. As a result, many buyers are cautious when it comes to bidding for his work at auction or purchasing through dealers. After living an outwardly upstanding life, it is perhaps ironic that such dishonesty and scepticism should surround the sale of his art.
– “Father Frans Claerhout 1919 – 2006”, NLA Design and Visual Arts: http://nladesignvisual.wordpress.com/2013/05/19/father-frans-claerhout-1919-2006/ 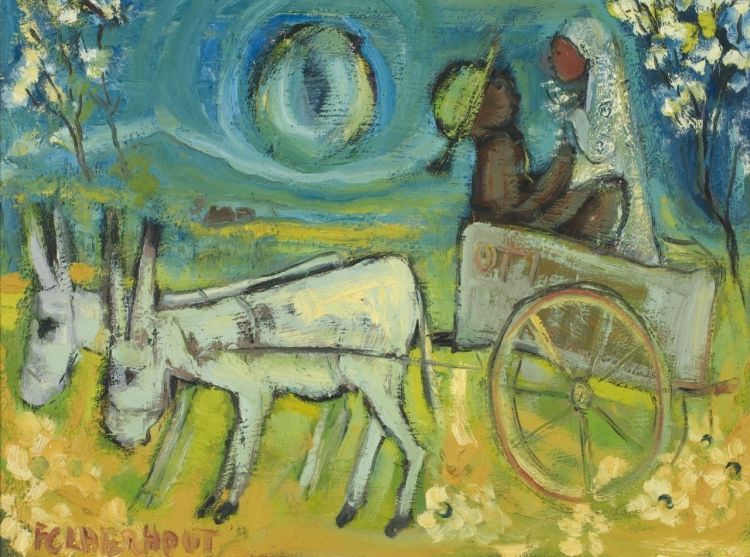