Johannesburg, 28 May 2018: Aspire Art Auctions leads its Winter 18 auction at the Gordon Institute of Business Science in Illovo, Sandton, with a rare and exceptional still life by Irma Stern, Still life with magnolias, apples and bowl  (1944/9). This work has never before been seen and is brand new to the market.

Dr Marion Arnold of Loughborough University in the UK, an authority on Stern and author of the seminal book Irma Stern: A Feast for the Eye,  states, “Stern produced still life paintings throughout her career, invariably depicting natural and cultural forms. Flowering plants and fruits, often from her garden at The Firs in Rosebank, feature prominently as do artefacts she collected, which are all very evident in this magnificent work”.

The artefacts depicted are Chinese vessels from the artist’s own collection. The martaban in which the flowers sit is offset in the foreground by a glazed celadon bowl. The vibrancy and sensuality of the magnolias themselves are what dominate the image, however.

“Irma Stern is of course one of South Africa’s premier artists at auction in the country,” says Aspire senior art specialist and director Mary-Jane Darroll. “She is also one of the only South African artists, along with William Kentridge, Marlene Dumas, J.H. Pierneef and Gerard Sekoto, to boast an international auction reputation; and features in the Artprice Global 500 ranking of collectable artists. The fact that this work has not previously been seen at auction is very exciting for us.”

Alongside this rare Stern, another important still life by the artist will appear on the sale; Still life with Chrysanthemums in the artist’s handmade ceramic jug (1950), another painting never before offered at auction. This is a rare opportunity to glimpse two significant works, held in private family collections and previously unseen on the open market. Two resplendent still lives, in the artist’s characteristic impasto technique, show off her renowned mastery of colour, with palettes of complimentary hues setting off the forms and spaces surrounding the objects she depicts. 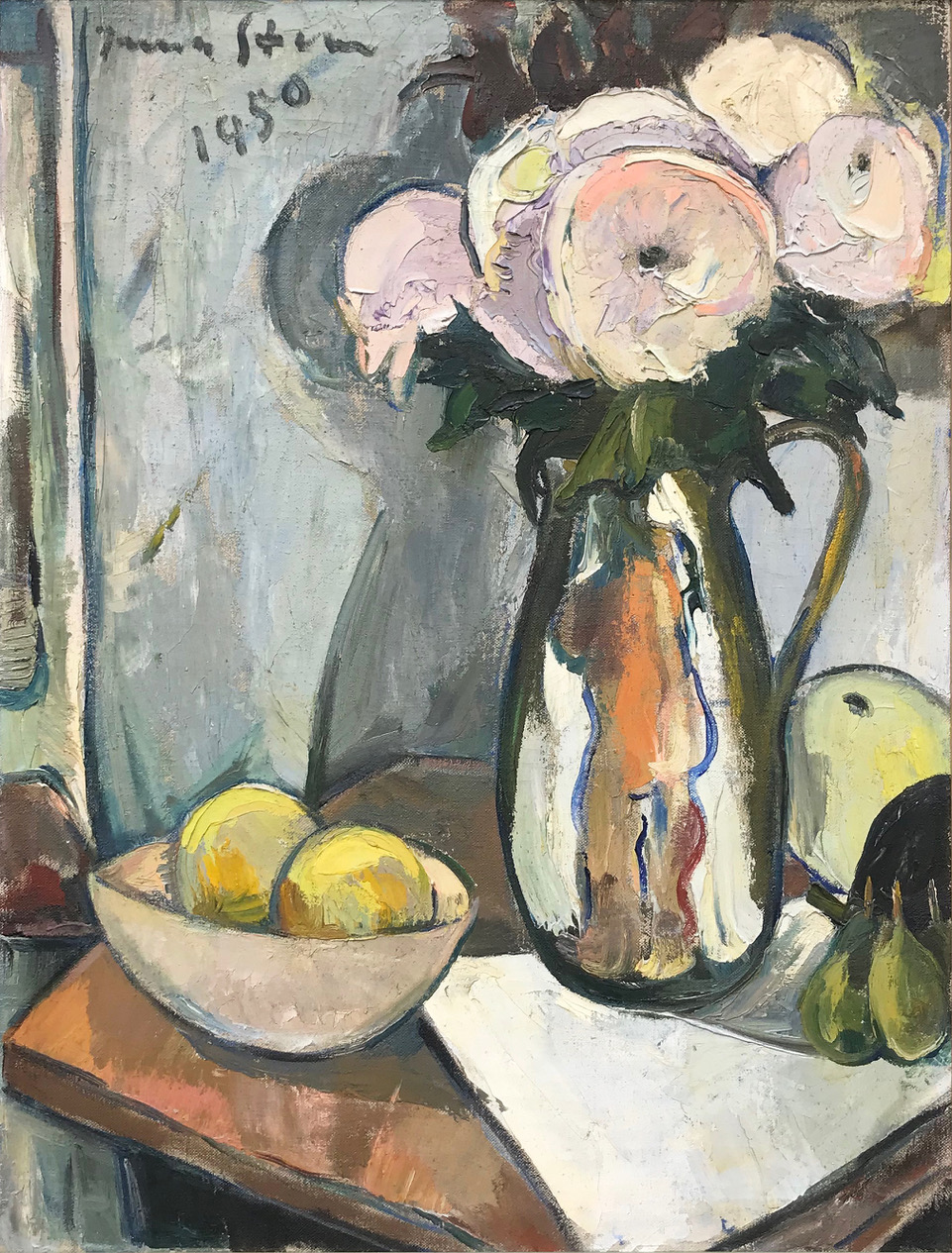 Work by another eminently collectable twentieth century South African artist Alexis Preller also appears in this high-quality collection of works coming to auction. Celestial Twins (1955), originally sold from the important Estate Late JF van Reenen collection, is a principal study for the artist’s large commission  All Africa. The Wounded Soldier(1944), is a significant and empathetic response by a sensitive artist to the horrors of his wartime experiences.

Other major modern South African artists include a lovely Gerard Sekoto painting titled Bustling street scene (1961) which has all the charm and sophistication definitive of this brilliant chronicler of quotidian township life. 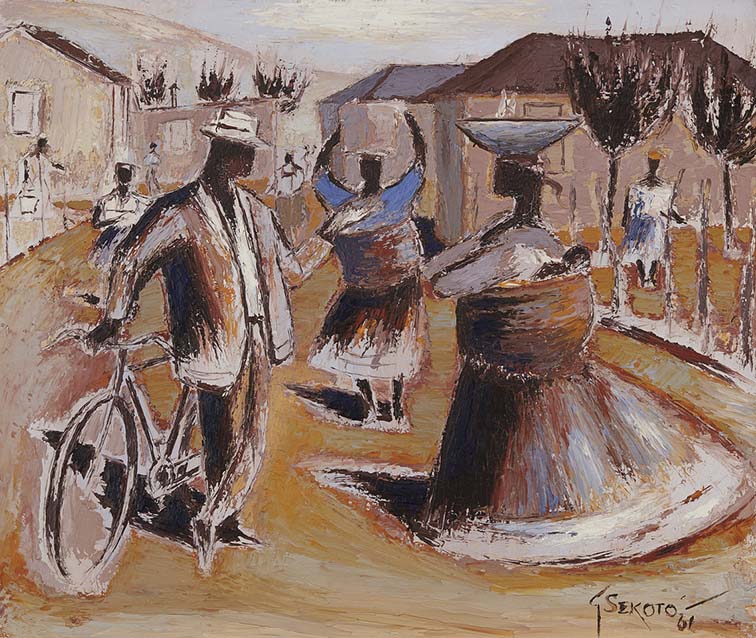 Other important works on this auction include two impressive incised wood panels by prominent Amadlozi Group artist Cecil Skotnes. African figures, recalls another work of the same title from 1965, which has fetched the highest price ever for a Skotnes at auction in South Africa, in 2010, and features a similar kind of style and palette. Another major piece, The Legend of the Judean War(1984), reflects the changes in Skotnes’ approach later in his career. It is, by comparison, a much tougher and more robustly carved work, with a consciously changed colour palette.

A number of interesting works by Skotnes’ fellow Amadlozi alumnus Edoardo Villa also feature. Most prominent among these is Sculpture VIII (1970), a dynamically tapered work that recalls the great Songe spiritual masks of the Democratic Republic of the Congo.

Contemporary work on the sale is led by a rare and very early series of uncatalogued prints by William Kentridge, The Muizenberg series (1977). “We’re very excited to have this group of works on the sale,” says Aspire senior art specialist and director Emma Bedford. “Their rarity is matched by their significance in that one of the characters in the print series would inspire the later appearance of Soho Eckstein, the chief protagonist of the groundbreaking Films for Projection.”

Other contemporary work includes an early, large-scale abstract by Zander Blom, a meticulously observed, massive hyper-realist painting by Deborah Poynton, as well as evocative pieces by Sandile Zulu and Kay Hassan, among others. For gratis and obligation-free valuations, and to consign works of art to upcoming auctions, please contact: