Work by artist Tsoku Maela will be on exhibit. 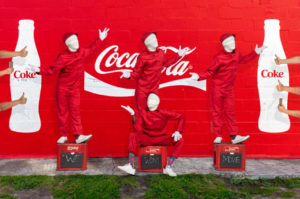 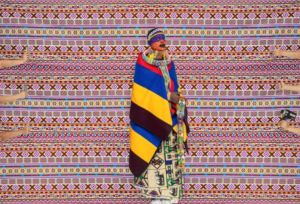 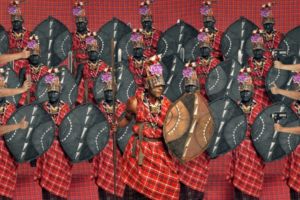 ‘An archivist of a future African past in the present time, I wish not only to preserve but to rewrite the collective memory of blackness across the spectrum of her muddied hues in a language so vivid and worthy of our rebellion. To become, we re-imagine what is and what is not. The edge we once knew to be fear became a springboard for us to leap into the unknown, only so our dreams could learn to fly. Therefore the Afrofuturist dreams in Surrealism’. – Tsoku Maela.

Working predominantly in the medium of photography, Maela’s work concerns itself with the motivations of most societal issues through the observation and study of human behavior and psyche, in hopes of creating a universal understanding of such motivations through dialogue and a unique visual language that borrows from the surrealist and Afrofuturist movement(s). He was born a middle child on the 29thof March, in Lebowakgomo, Limpopo province, South Africa. Tsoku Maela was a dedicated pyromaniac and often pictured as the face of a missing child poster. In an attempt to keep him homebound, his parents sent him to boarding school where he quickly discovered his interest in human behavior, which is a less eerie way of saying he took his people watching particularly seriously. This interest led to him questioning the actions, of persons and organisms, and more or less their motivations. At the age of 17, he enrolled at the University of Cape Town where he pursued his interest in Chemistry and Biochemistry but by the age of 20, he felt disillusioned by the commercialisation of medication and research. He dropped out of university to pursue his interest in writing and directing at a film school, eventually working in the advertising industry as a copywriter and a writer for live television. This earned him the Standard Bank Rising Star Award in Media & Marketing for his contribution to the medium in 2016.

His venture into photography began in late 2014, after he met a geriatric too old to exist, one-foot-and-a-toe in the grave, who regaled him with the story of his life in exile for disobeying the call of duty during wartime, while sharing a ward at the Christiaan Barnard hospital. “Why did you betray your own country to come here? To this country”, he asked. “Because I wanted to use my hands to build and not to destroy”, the old man replied while he gestured to the many buildings outside and around them that he had designed and helped to build as an architect. On the day of his discharge, too broke to make a decent film, too reclusive to convince anyone to fund him, Maela went home and blew the dust off an old camera he had and decided that he would turn all the stories he had into still images with no particular goal in mind but to make them. He wants to give the stories life, just as he was given a second chance at his own life.

Tsoku is still a people-watching pyromaniac, concerned with the human condition, the visceral, spiritual, socio-economical and geo-political landscapes. The conversations many consider too taboo to grant space and time to – his only desire is to set a fire of love and hope in the heart of anyone who comes across his work. He wants to inspire youthful energy that seeks to create and fight for sustainable change while archiving a beautiful and ever-evolving African past, present and future. His work has been featured on CNN: African Voices, Hyperallergic, VICE, GUP Magazine and Contemporary Art Curator Magazine. His work has been showcased in South Africa, Lagos, Zurich and at Art Basel’s Pulse Miami Beach in the U.S.A. Academically, his work has also been used in student exhibitions in the United Kingdom to raise awareness around mental health. His artworks can also be found in the Hutchins Center for African and African American Research at Harvard University, archived as part of their Transition publication.