A Gustav Klimt painting stolen 23 years ago from the Ricci Oddi modern art gallery in Italy might just have been discovered in the unlikeliest of places—inside the walls of the gallery itself. A gardener was recently clearing ivy from the building’s walls, the foliage of which had long been concealing a metal panel. Upon prying it open, a small alcove was revealed, inside of which was a black bag containing what is now believed to be the missing canvas.

The work, Portrait of a Lady, dates between 1916-17 and is currently valued at  €60 million ($66 million). Originally acquired in 1925 by Galleria Ricci Oddi in the northern Italian city of Piacenza, the painting went missing in February 1997 during preparation for an exhibition that would have featured Portrait of a Lady as the star of the show.

In a presumed attempt to throw the police off their tracks, the thieves removed and discarded the work’s heavy frame on the gallery’s roof. Their staging of the scene was ostensibly done to imply that the criminals had entered through the skylight, despite the fact that the substantially sized frame would not have been able to fit through such a narrow opening. Authorities are now considering whether the culprits stashed the painting inside the wall with the intention of retrieving it after worldwide media hype surrounding the theft died down.

The canvas is currently is possession of the Italian police in an unrevealed location, where thorough examinations regarding authenticity and condition are being conducted. Carabinieri General Robert Riccardi, head of the Italian force’s cultural patrimony unit, is hesitant to make any concrete statements before an official assessment of the work is complete, though he acknowledged that “we are not excluding the possibility that the painting has been there the whole time.”

Gallery director Massimo Ferrari, on the other hand, is confident of its authenticity, telling Piacenza Sera that stamps on the back of the canvas, which were imprinted when the painting was on loan, support its identity. Ferrari’s colleague, gallery Vice President Laura Bonfanti, echoed his sentiments, saying, “Of course the work must now be examined by experts to verify its authenticity but at first glance, based on the wax seals and stamps we saw on the back of the canvas, it appears to be the original.”

The theft has baffled Italy and the art world for years, prompting conspiracy theories including an inside job by gallery staff, and another involving a satanic sect.

This is not the first instance in which a missing Klimt was recovered under strange circumstances: Just last year, a drawing titled Zwei Liegende (Two Reclining Figures) by the Austrian master was discovered in a cupboard belonging to a recently deceased secretary at the Lentos Museum in the city of Linz, the very institution from which it was stolen…Read More 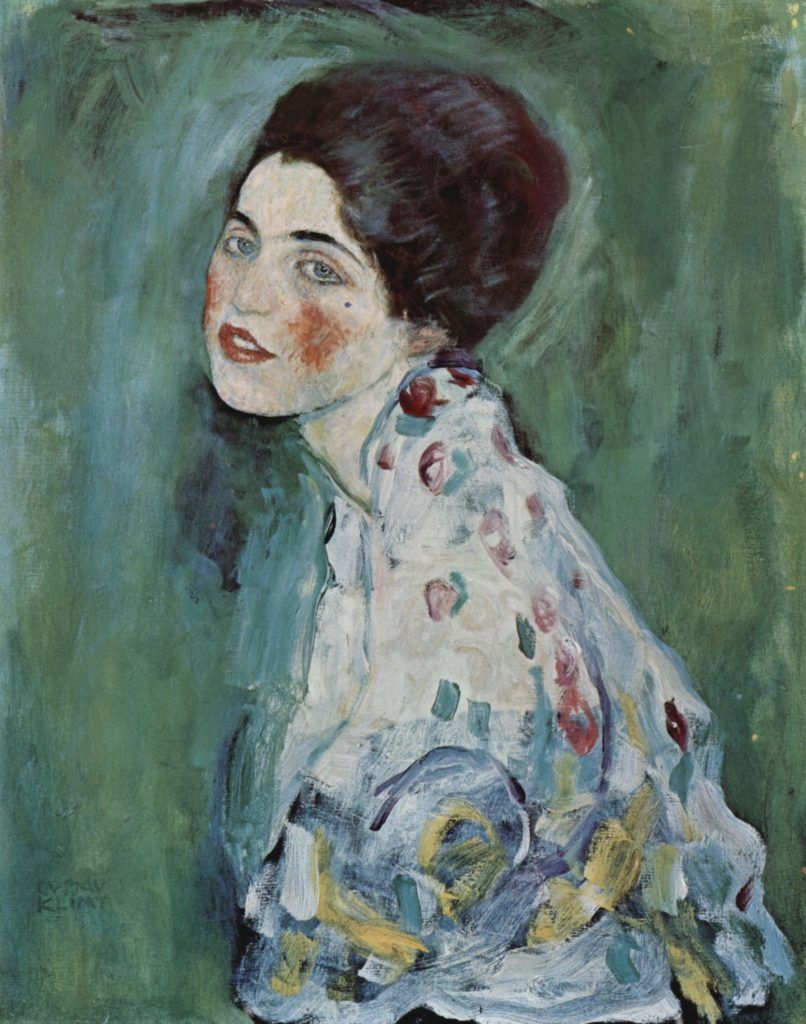