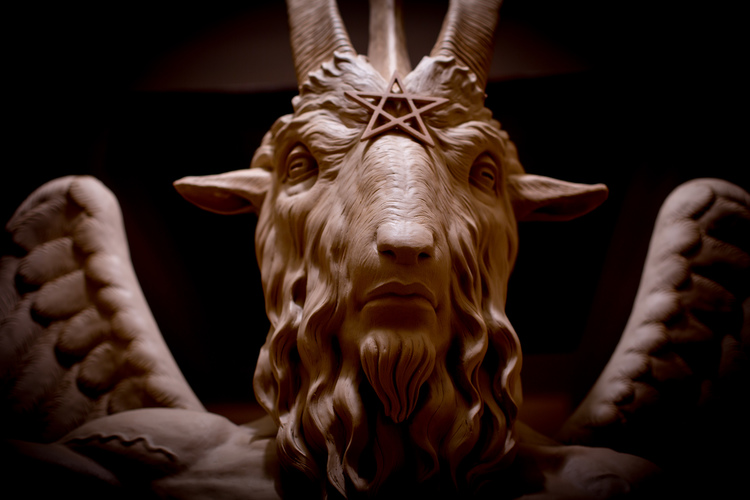 Just in time for Halloween, the co-founder of the Satanic Temple is threatening to sue Netflix.
Eileen Kinsella, October 31, 2018

The statue of Baphomet by artist Mark Porter. Image via MarkPorterworks.com

Just in time for Halloween, the co-founder and spokesman for the Satanic Temple, Lucien Greaves, is threatening legal action against Netflix for featuring a statue that appears nearly identical to one it commissioned in 2014 in its new series The Chilling Adventures of Sabrina.

Brooklyn-based artist Mark Porter depicted the goat-man deity Baphomet, the pagan idol that the Knights of Templar were accused of worshiping, sitting in a throne before two admiring children. The Satanic Temple commissioned the work as a response to a statue of the Ten Commandments erected on the site of the Oklahoma State Capitol in 2012, which the Temple says is a violation of the separation of church and state.

“Yes, we are taking legal action regarding #TheChillingAdventuresofSabrina appropriating our copyrighted monument design to promote their asinine Satanic Panic fiction,” Greaves tweeted a few days ago. He did not immediately respond to a request for comment.

Greaves told TheWrap that his lawyers had sent a letter to Netflix accusing them of copyright violation and “asking them to take our imagery out of their show.”