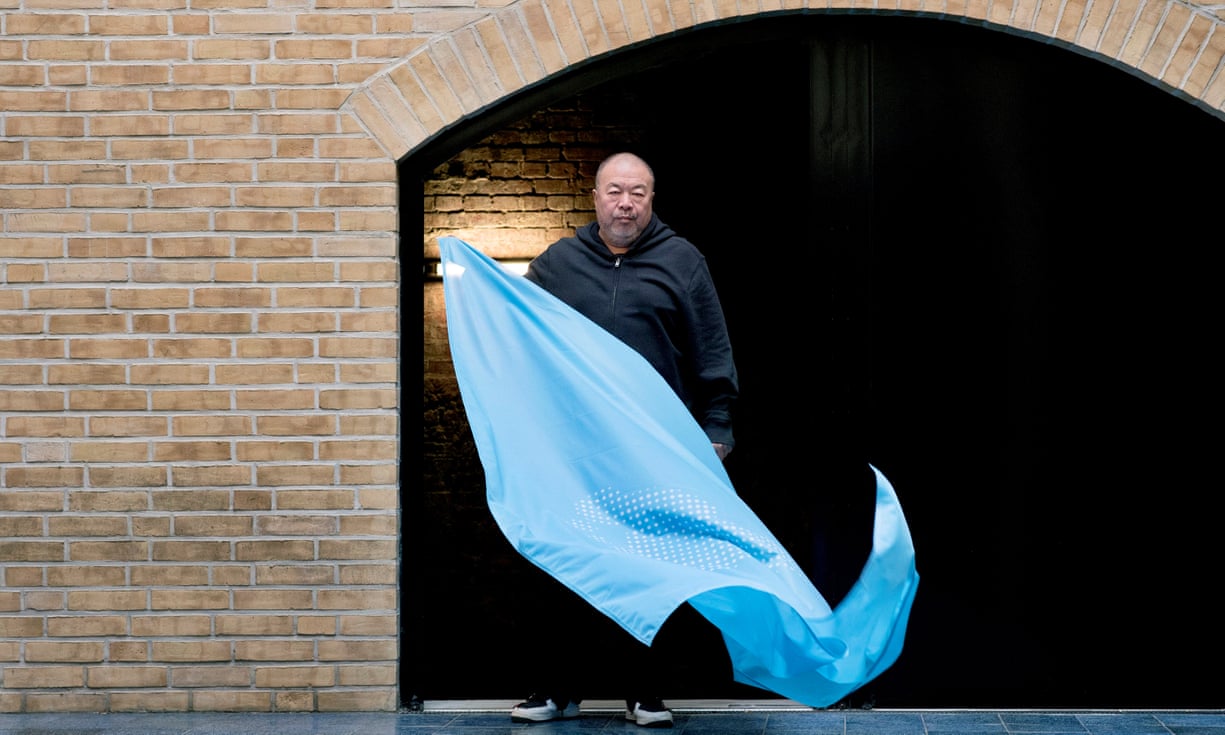 The wallpaper image on Ai Weiwei’s mobile phone is a black and white photograph showing the entrance to an underground home in Xinjiang. It was here where the Chinese activist artist and his family were exiled for five years when he was a boy. “We were put underground here as a punishment,” he says. “This is where I grew up. Now they put the Uighurs in these kind of camps.” He enlarges the picture showing a bunker-like structure jutting out of the ground in an arid, inhospitable landscape.

Ai’s father, Ai Qing, was a poet and political radical who, although no activist, was seen as a threat to society. “So I’ve always been involved with human rights issues, not initially out of choice but out of personal experience,” he says. …Read More

Pictured: ‘Increasingly people are viewing human rights in a negative way’ … Ai Weiwei with his flag to mark the 70th anniversary of the declaration of human rights. Photograph: Camilla Greenwell