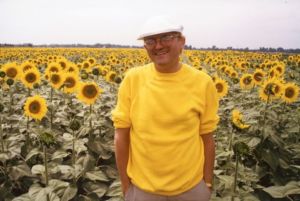 Incredibly, a painting by David Hockney has now sold for more at auction than any by Van Gogh. Hockney’s Portrait of an Artist (Pool with Two Figures) (1972) was bought for $90m at Christie’s on 15 November. The most expensive work by Van Gogh was his Portrait of Dr Gachet (1890), which fetched $83m in 1990. That was a long time ago, and were the portrait to come on the market now it would, of course, go for very much more.

With astute timing, the Van Gogh Museum announced its Hockney-Van Gogh exhibition a few days before the Pool painting went under the gavel. Subtitled The Joy of Nature, the Amsterdam show that runs from 1 March to 26 May 2019 will examine the influence of the Dutch master on Britain’s most important living artist. …Read More