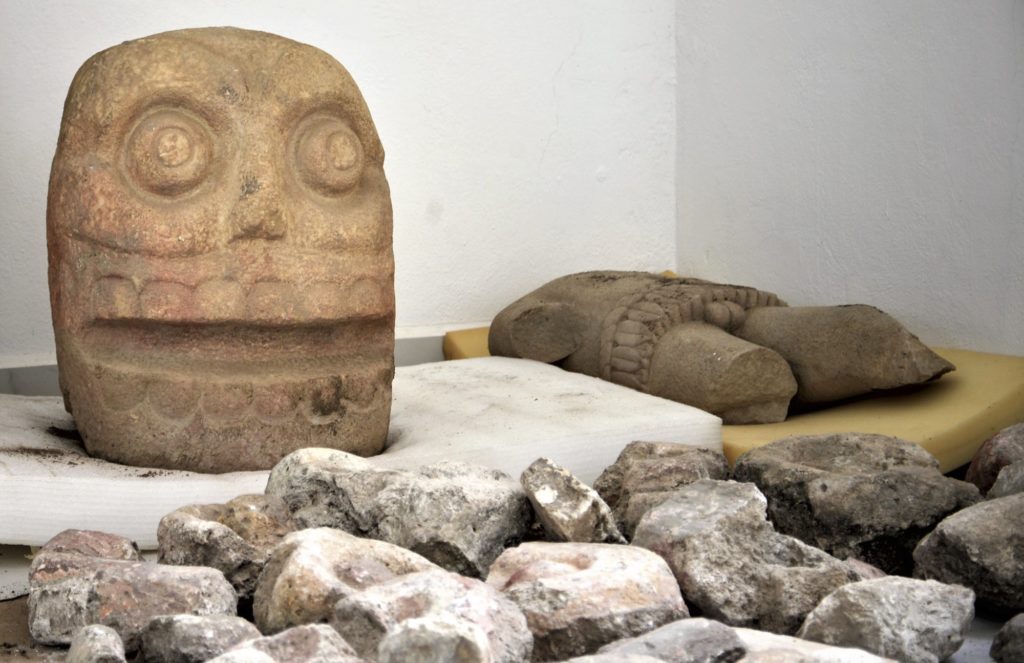 Archaeologists in Mexico have discovered the first known site dedicated to Xipe Tótec, a pre-Hispanic fertility god known as the “Flayed Lord.”

Xipe is typically shown as a skinned human corpse, referencing the bloody ritual sacrifices made to the god by priests who flayed prisoners or slaves and wore their skins during religious ceremonies. The find, at the site of Ndachjian-Tehuacán in Puebla, was announced by Mexico’s National Institute of Anthropology and History, reports Smithsonian Magazine. …Read More

Pictured: On the left, a skull-like stone carving depicting the Flayed Lord, a pre-Hispanic fertility god often shown as a skinned human corpse. It has been excavated from the Ndachjian-Tehuacan archaeological site in Tehuacan, Puebla. It is the first temple dedicated to the deity. Photo by Meliton Tapia Davila, courtesy of Mexico’s National Institute of Anthropology and History.