Art authentication is not an exact science

Art authentication is not an exact science 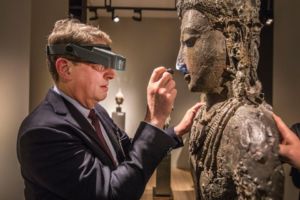 The process of art attribution has recently come under attack from all sides. Forgery scandals seem to be rampant. Just months after a German court convicted Wolfgang Beltracchi for faking the work of such artists as Heinrich Campendonk, Max Ernst and Max Pechstein, one of America’s oldest galleries, Knoedler, ceased operations due to allegations that it had sold paintings falsely attributed to some of the leading Abstract Expressionists. This past January, a Modigliani exhibition at the Palazzo Ducale in Genoa was forced to close early when it was revealed that nearly all the works were fakes. At the same time, fear of litigation has caused foundations representing Jean-Michel Basquiat, Alexander Calder, Keith Haring, Lee Krasner, Roy Lichtenstein, Jackson Pollock and Andy Warhol to dissolve their authentication boards. Just when we need them most, art experts find themselves increasingly on the defensive.

However, the apparent authentication crisis is not nearly so widespread as the aforementioned widely publicised cases might lead one to believe. Most forgeries enter the market at the bottom of the food chain: through flea markets, thrift shops and internet sites like eBay. These low-cost fakes are usually identified before they can enter the high-end art market. Very few forgers have the talent to create original compositions similar enough in style to a famous artist that they fool even moderately informed people, let alone experts. …Read More

Pictured: On the nose: an expert vets a sculpture for The European Fine Art Fair (Tefaf) Courtesy of Tefaf; Photo: Loraine Bowdewes