As the art world descends on Miami for the annual Art Basel Miami Beach fair and the accompanying constellation of fairs and parties, there can be a lot of noise to distract you from the main event. To keep your focus on the art—and, more specifically, emerging artists worth knowing—we’ve pulled out a few buzzed-about rising talents you should make sure to seek out at the fair this year. Just don’t blame us if you can’t get off the wait list to buy. 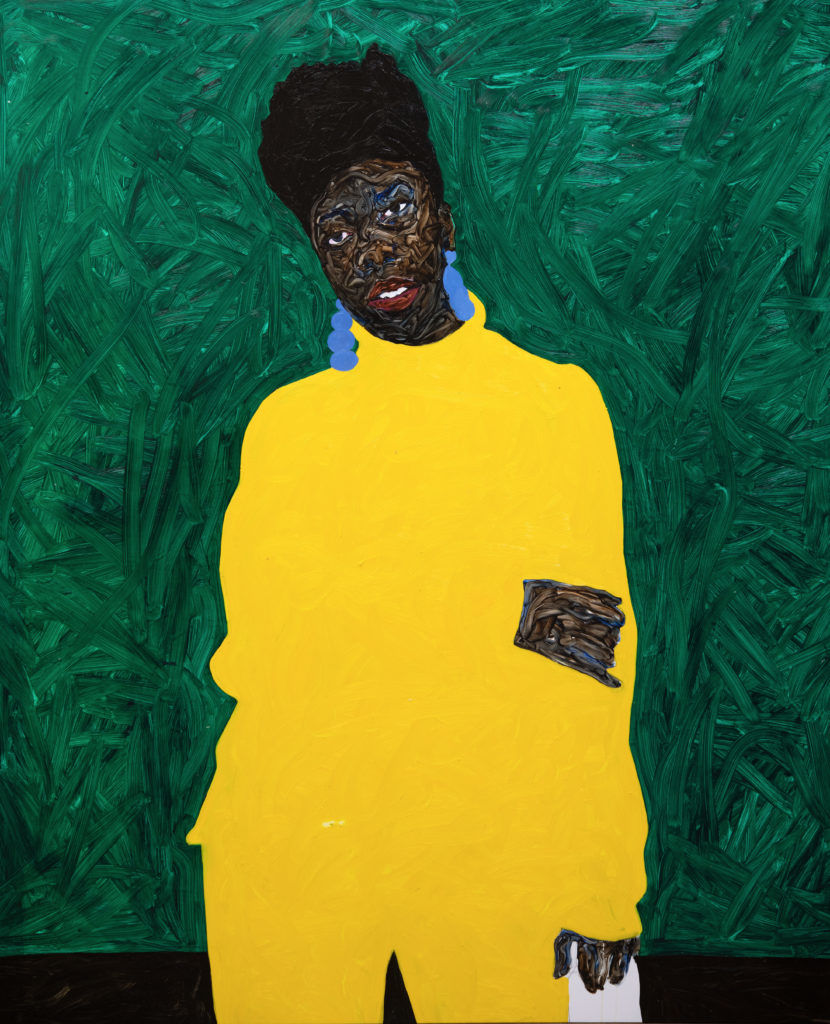 Who: The Ghanian artist just had his first US solo show this year, but he is already being treated as the country’s biggest talent since Ibrahim Mahama.

Notable Resume Lines: After his January 2019 show at Roberts Projects in Los Angeles, word spread quickly, and he was picked up for representation by Mariane Ibrahim, a leading dealer of African artists who this year moved from Seattle to Chicago. More recently, it was announced that Boafo had been offered the star-making residency slot at the Rubell Family Collection, and as a result of the resultant buzz, one of his works was offered at the ICI benefit in a charity auction, where it went for $46,000 over an estimate of $10,000.

Where to See It: In addition to work on view at the Rubells’s space, Mariane Ibrahim will be bringing a solo booth of his work to Art Basel Miami Beach. The new works are large-scale portraits presented against monochromatic backgrounds.

What to Look Out for: He often makes bold portraits of friends in Accra and Vienna, including the author and musician Steve Mekoudja. He hit his artistic stride three years ago, when he began rendering his compositions with paint-dipped fingers rather than brushes. The effect hovers between figuration and abstraction.

Fun Fact: Boafo worked as a pallbearer in Ghana to help put himself through art school. He was first brought to the attention of Robert Projects by another one of their artists, Kehinde Wiley, who found Boafo’s work on Instagram. Wiley was so taken by it that he brought it to the attention of his dealers, who quickly arranged for a solo show, purely over email.

Up Next: In 2020, Boafo will have a solo show of brand new work at Ibrahim’s gallery in Chicago and will be included in a group show at Marianne Boesky in New York. 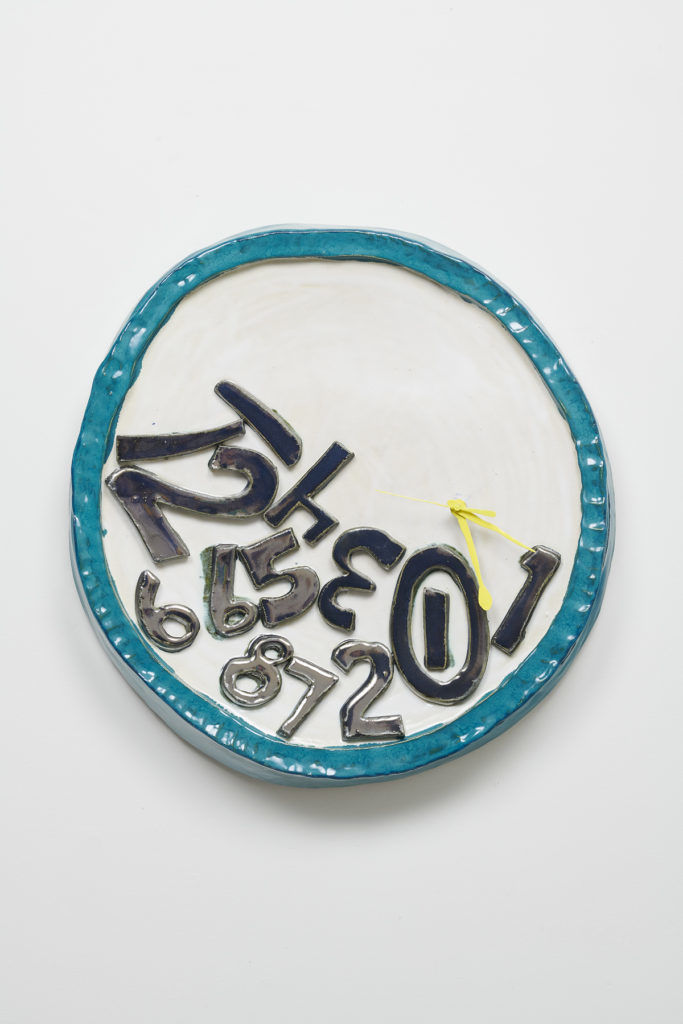 Who: Still south of 30 years old, this ascendant Miami-born sculptor has become known for comically surreal ceramics of oversized household objects, which usually look to be in the process of melting, sprouting cartoon limbs, or both. Think Dali’s The Persistence of Memory adapted for Nickelodeon.

Based in: Oakland, California

Notable Resume Lines: De Othello currently has a solo exhibition at the San Jose Museum of Art (through April 5, 2020), and, in February, the San Francisco International Airport unveiled three of his new bronze sculptures permanently installed on its remodeled observation deck. His work was also featured in the 33rd Ljubljana Biennial of Graphic Arts in Slovenia this year, as well as the inaugural Front Triennial in Cleveland in 2018.

Where to See It: Art Basel’s new Meridians section as well as the main gallery section, where his work will be presented by Jessica Silverman Gallery and Karma.

What to Look Out for: Cool Composition, De Othello’s contribution to Meridians, recalls the Miami summers of the artist’s youth, where the box fan was the nexus of home life and his Haitian-descended family told tales of spirits inhabiting everyday objects. The installation consists of a giant bronze fan—sagging from exhaustion, or perhaps bending down to whisper secrets—surrounded by a set of life-size stools and citrus trees. His dealer’s booths will host wall sculptures of telephones, vents, and clocks, along with freestanding sculptures and works on paper.

Up Next: 2020 will keep the artist busy with a solo show in esteemed Mexico City project space Lulu, a residency at the John Michael Kohler Arts Center in Sheboygan, Wisconsin, and a solo booth with Jessica Silverman at Art Basel Hong Kong. 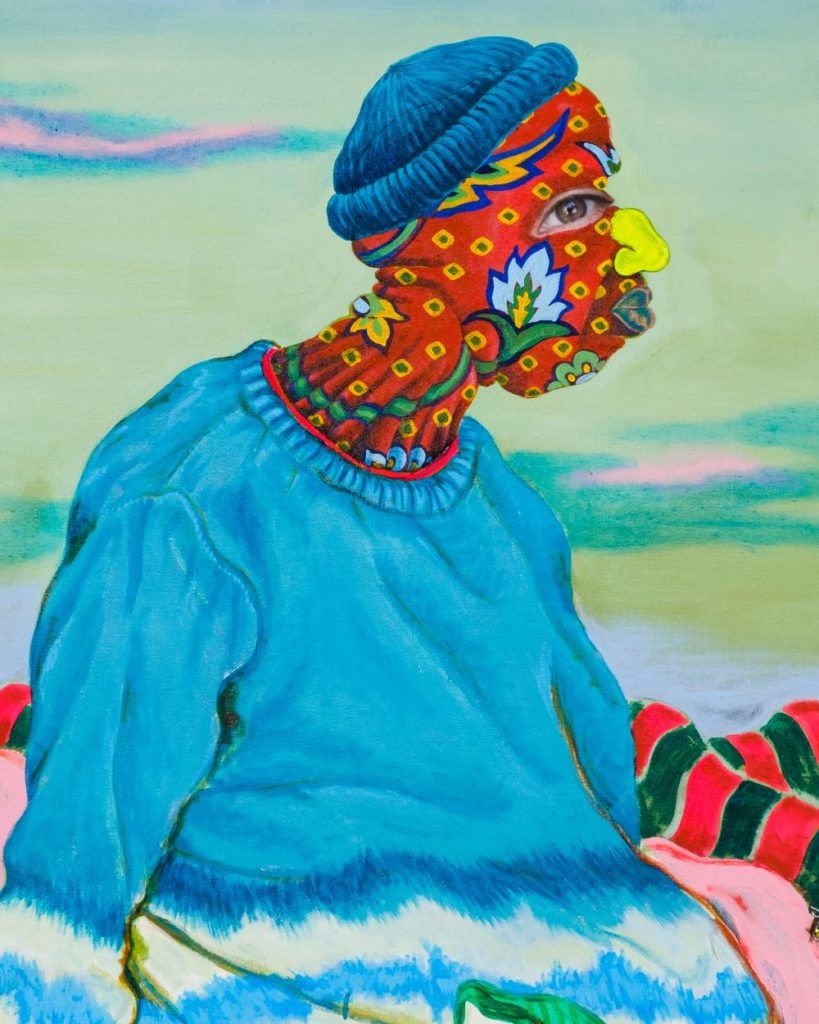 Who: This 29-year-old artist, born in Cape Town, South Africa, has earned an enviable reputation—fast—for his Surrealist, otherworldly depictions of  life in post-apartheid South Africa.

Based in: Los Angeles

Notable Resume Lines: Ndzube, who holds has a BA in fine art from the Michaelis School of Fine Art, University of Cape Town, was featured in this year’s Lyon Biennale and the Curitiba Biennale in Brazil. But his big break in the US came last year, when the Rubell Family Collection featured a large display of his work during Art Basel Miami Beach. At the 2018 Armory Show in New York, his solo presentation at Nicodim Gallery was an instant hit and sold out within the first hour of the VIP opening.

Where to See It: Stevenson Gallery’s booth at Art Basel Miami Beach

What to Look Out for: Some of Ndzube’s most compelling works are inspired by “swenking,” an informal contest in which working-class Zulu men face off in a combination of fashion show and dance-off. Ndzube works on linen with a variety of paint and found objects.

Fun Fact: While in the studio, the artist often gives his works-in-progress nicknames after people in the art world or his own social circle (unbeknownst to them).

Up Next: Ndzube has a solo show coming up at Stevenson in Johannesburg in 2020 (his first in that city) and another at the Denver Art Museum in 2021 (his first institutional US solo exhibition). Next summer, he will co-organize a show with Nicodim Gallery’s Ben Lee Ritchie Handler at Harper’s Books in the Hamptons…Read More