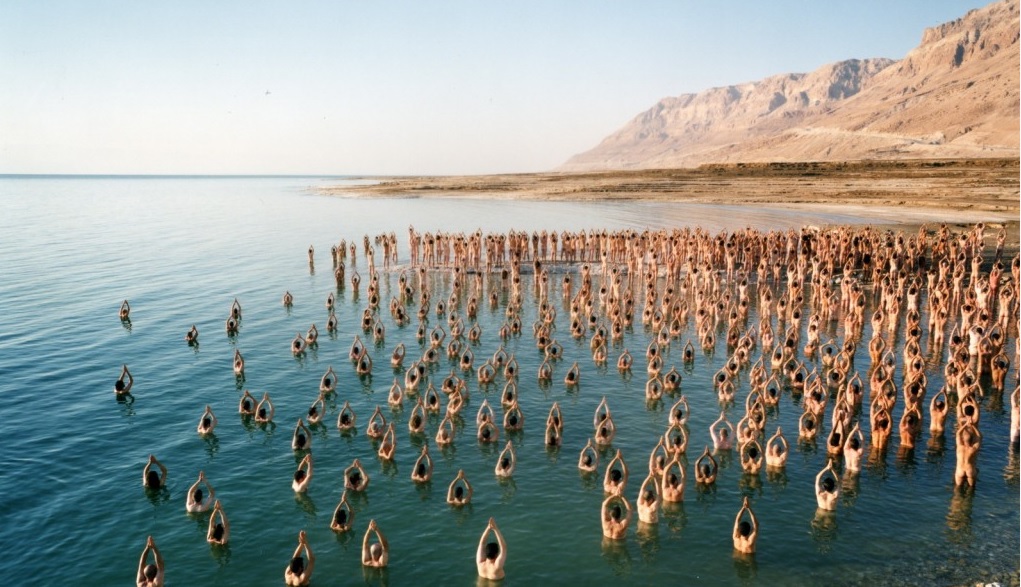 The artist is taking aim at the “community guidelines” of social media platforms, which he says stifle his creativity and censor his art.

US art photographer Spencer Tunick. Photo: JACK GUEZ/AFP/Getty Images.
Spencer Tunick is known for orchestrating massive photo shoots where all of the participants have one thing in common: they’re naked. Volunteers from all over the world have taken part in his projects, and as you might expect of someone who has made a career out of organizing mass-nude spectacles, he’s no stranger to controversy.

This summer, the artist is coming to New York City for a new project in collaboration with the National Coalition Against Censorship called #WeTheNipple. The effort is a direct challenge to Facebook and Instagram’s community guidelines, which prohibit nudity, regardless of artistic merit. These rules have landed institutions as august as Vienna’s Naturhistorisches Museum in Facebook jail simply for posting a photograph of the Venus of Willendorf.