Aspire Art will impress the art world with its first auction of 2022 in Cape Town. The collection of 111 works by 74 artists boasts a selection of highly collectable art historical treasures. Rare and important pieces by artists – including William Kentridge, Marlene Dumas and Robert Hodgins – presents collectors with a unique opportunity to add significant pieces to their collections. Aspire is deeply committed to promoting art from the African continent and included on the auction are renowned artists from Zimbabwe, Uganda, Nigeria, Ivory Coast, Tanzania, the DRC and, of course South Africa.

Headlining the sale is an intensely expressive charcoal drawing by William Kentridge. Drawing from Mine is one of 18 drawings produced as a still for the artist’s 1991 animated film Mine. Early drawings from Kentridge’s films, like this one, are extremely scarce, highly sought-after, and rarely become available to the market. Drawing from Mine is expected to excite much interest given that aspire has a long and impressive history in selling top works by this important artist. Notably, Aspirecaptured the South African auction record for a work from the same film, Drawing from Mine (Soho with Coffee Plunger and Cup), which sold for R5,456,640 in 2017. The following year, in 2018, Aspirebroke the world record for a drawing by the artist, achieving R6,600,400 for Drawing from Stereoscope (Double page, Soho in two rooms). 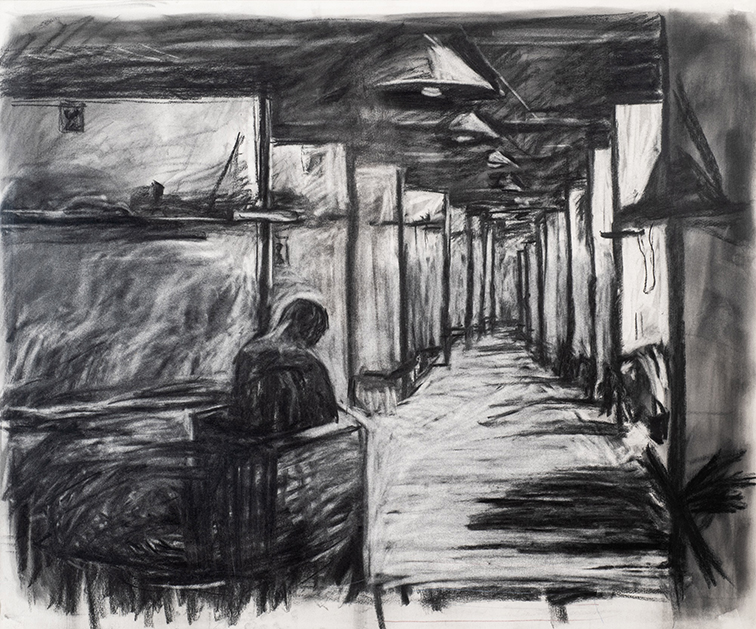 Robert Hodgins’ painting, A Green Girl, references Ophelia the young noblewoman from Shakespeare’s Hamlet. Hodgins, one of South Africa’s most highly regarded artists, painted the magnificent oil on canvas in 1989/9. It is an exceptional large-scale work – the figure masterfully captured in eclectic greens in Hodgins’ signature expressive style contrasting with a geometric construction of flat pink planes on the young girl’s face. 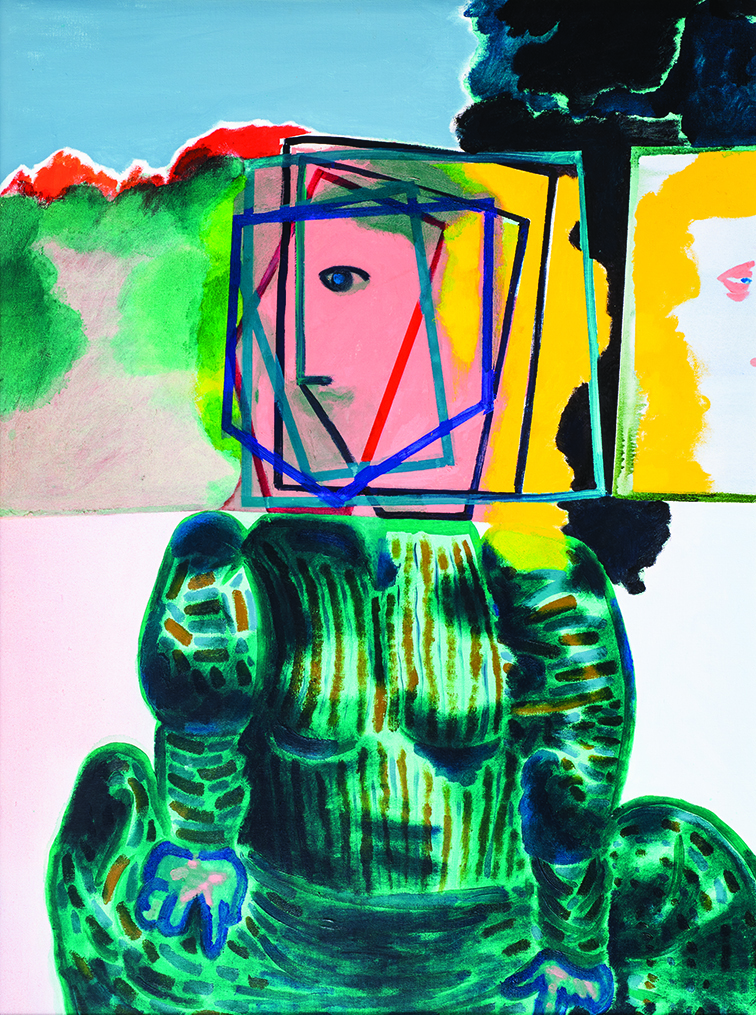 Another showstopper that will come under the hammer is Kindvrou, a portrait of a young girl by Marlene Dumas, painted in the mid-70s. This is a rare opportunity for collectors, because works by the world-renowned artist rarely come up for auction. It is an extraordinary work which, in its painterly treatment and intensity of subject is, in many ways, comparable to Irma Stern’s much-celebrated Eternal Child in the collection of The Rupert Art Foundation. 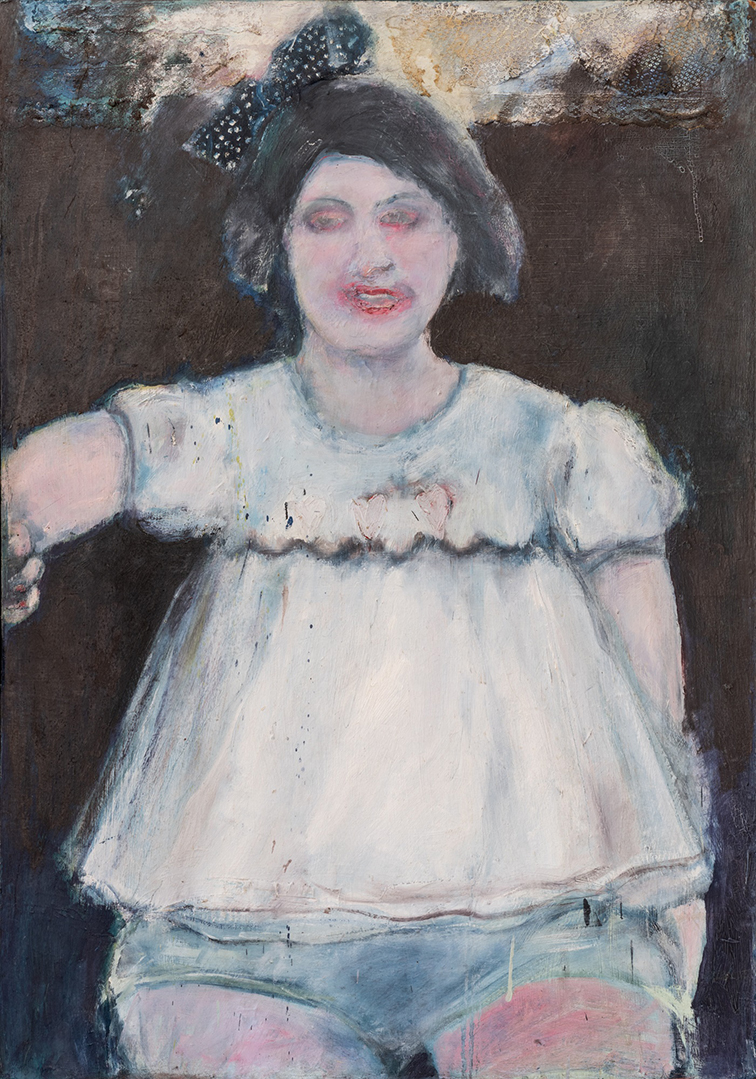 Aspire Art takes pride in presenting serious collectors with important pieces and a number of other historical treasures are on offer. Louis Maqhubela’s The Fallen Kings, is a politically poignant work from the 1960s representing the Rivonia trial group. Notably, it was exhibited at the Piccadilly Gallery in London in 1965 alongside Exiled King, a Maqhubela that Aspire Art achieved a world record for auction in 2017. 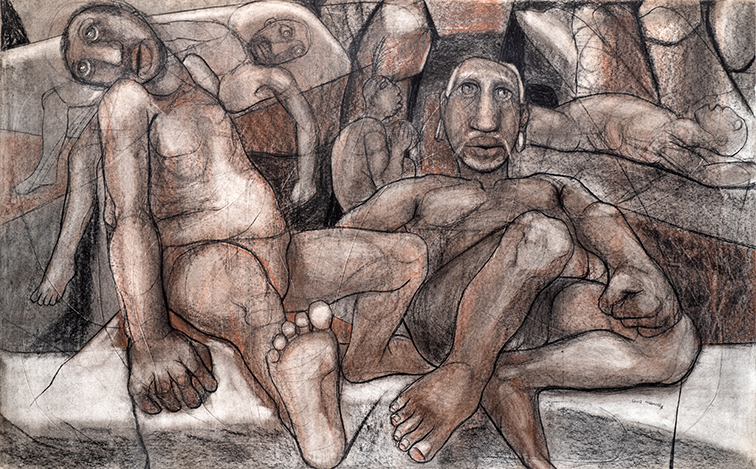 Fanlo Mkhize’s BUTISI TART? is a fantastic and whimsical work, commissioned for the first Johannesburg Biennale, Africus in 1995. A momentous occasion, the Biennale marked South Africa’s re-entry into the international art world. Used prominently on the catalogue cover, the work became the unofficial logo of the Biennale. 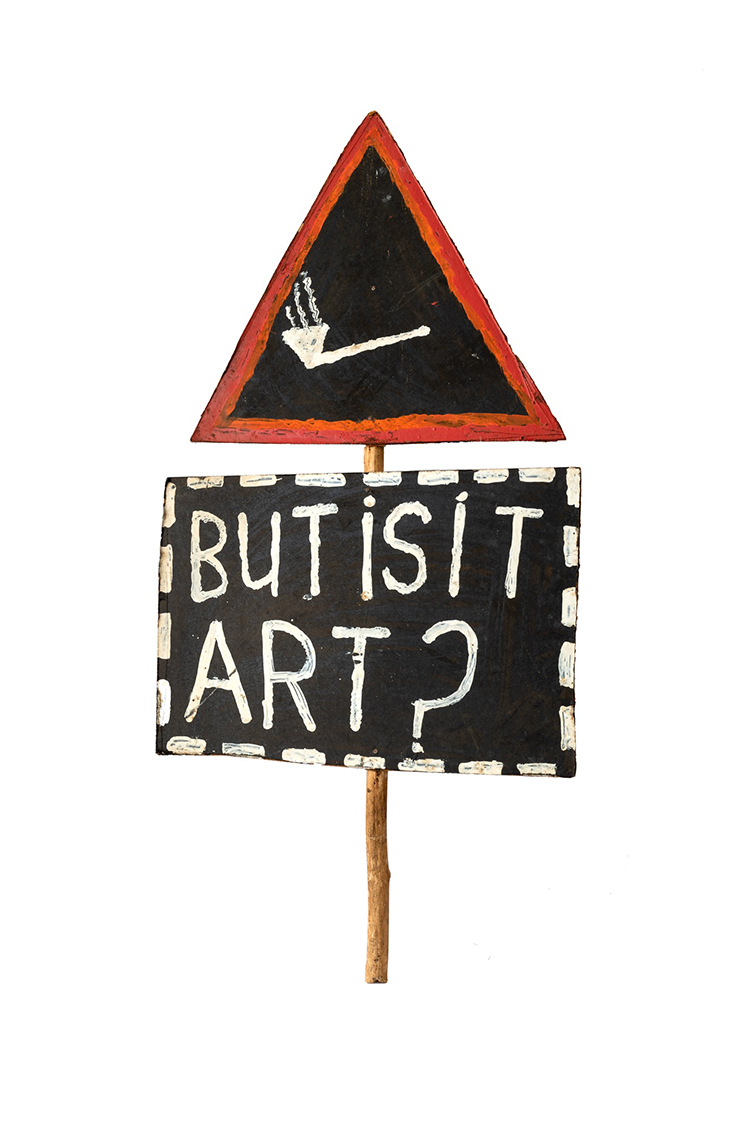 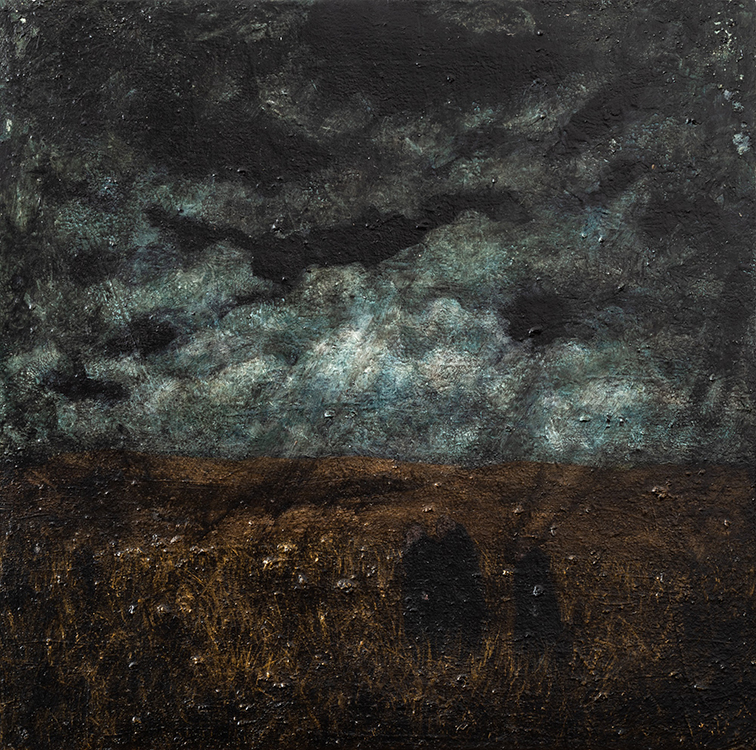 Aspire Art has also made excellent progress in its drive to grow the market for African art. Over the past 18 months, Aspire has brought 50 new African artists to auction and set 60 new African records. Staying true to this goal, over 20% of the works on the March sale are from African countries – outside of South Africa. Of particular interest are Zimbabwean artists Misheck Masamvu’s monumental painting Bottoms Up and Moffat Takadiwa’s Mr Consumer 2 – a marvelous sculptural form constructed using refuse materials and litter from disposals around Harare. Also on offer are paintings by Tanzanian, George Lilanga and Zemba Luzamba and Joseph (Cheri Cherin) Kinkonda from the DRC. 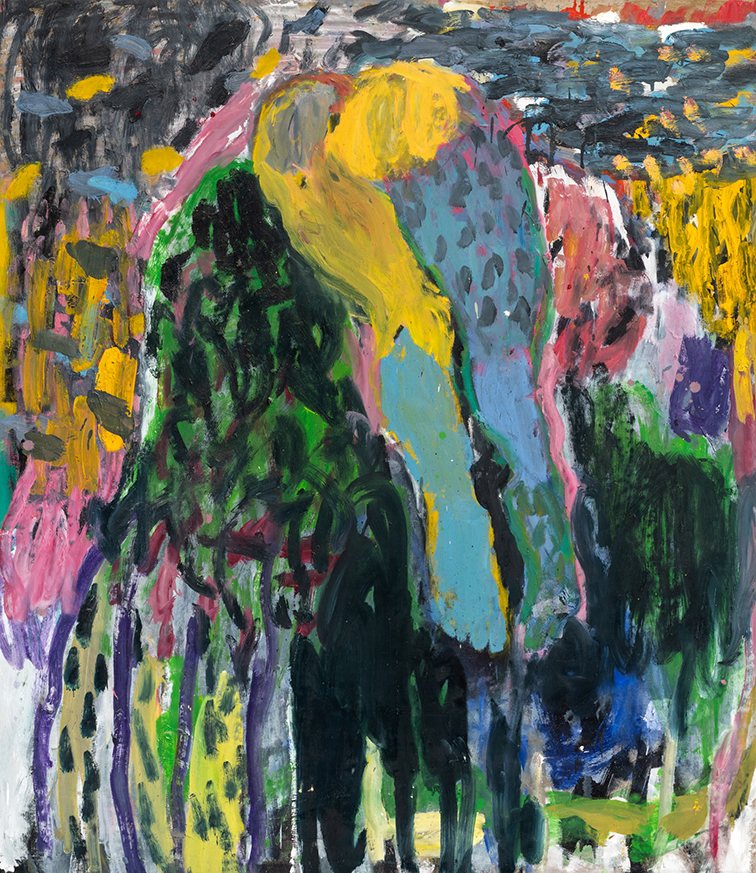 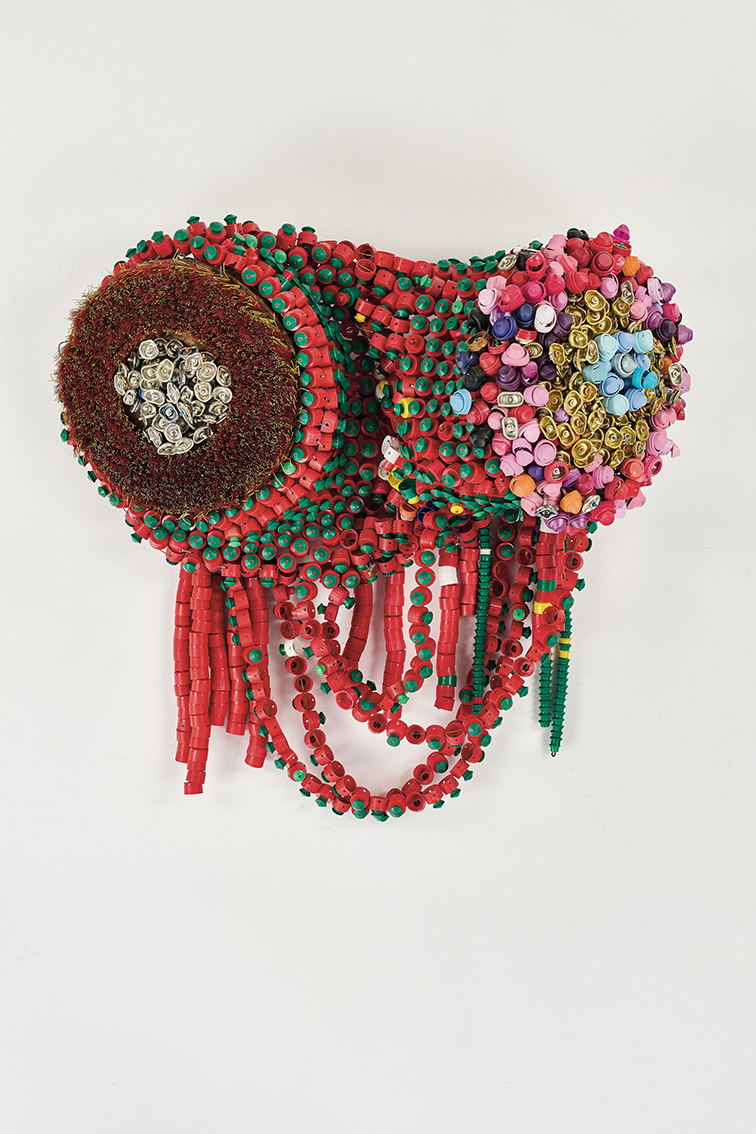 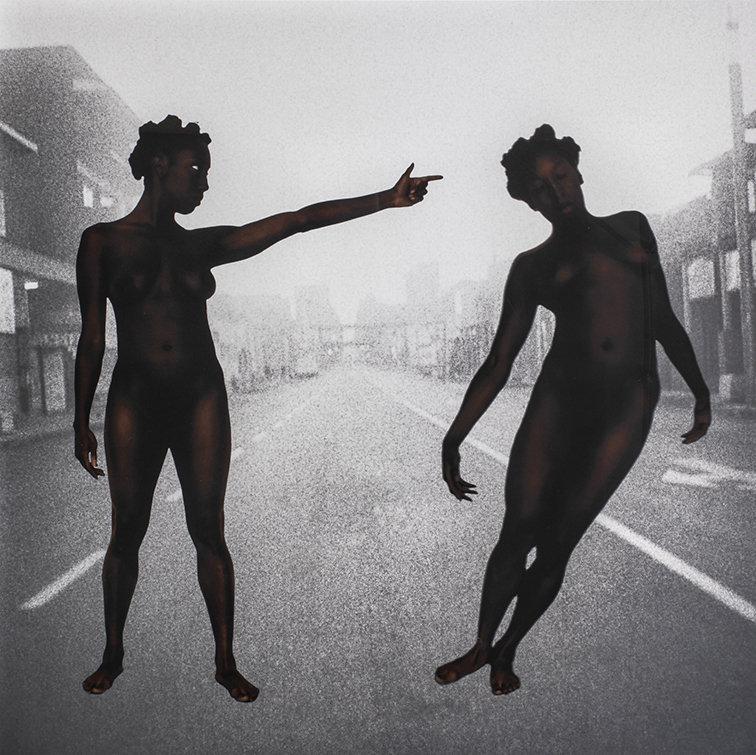 Contemporary African art is undoubtedly well-represented but lovers of modern works from South Africa also have much to look forward to. Notably, four oil paintings by George Pemba, whose demand has been increasing – so much so that Aspire Managing Director, Ruarc Peffers, speculates that his status will become comparable to Gerard Sekoto’s. Other modern treasures include a fantastic gouache, Embrace by Peter Clarke, two sensitive portraits by Neville Lewis and works by François Krige, Eleanor Esmonde-White, Gregoire Boonzaier, Cecil Skotnes and Walter Battiss. 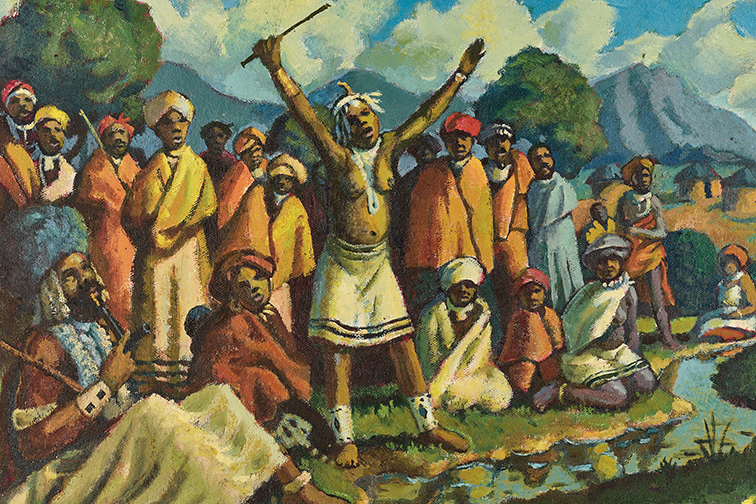 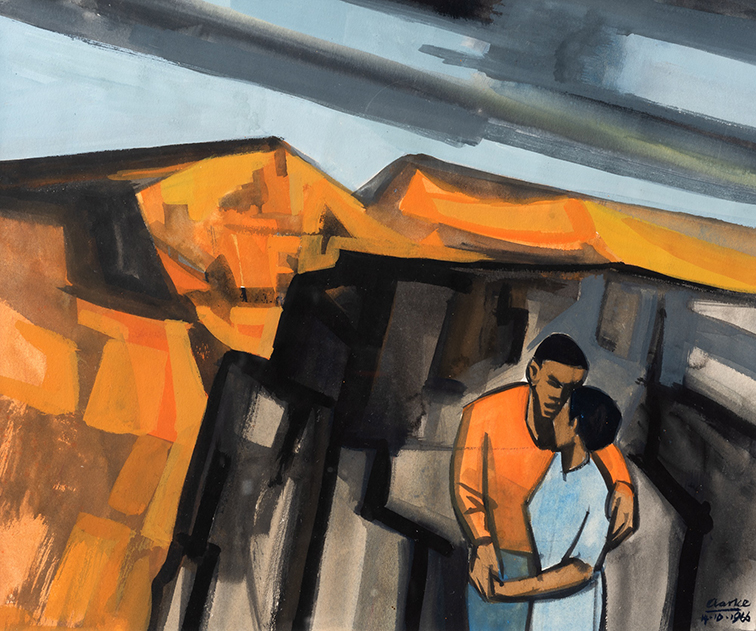 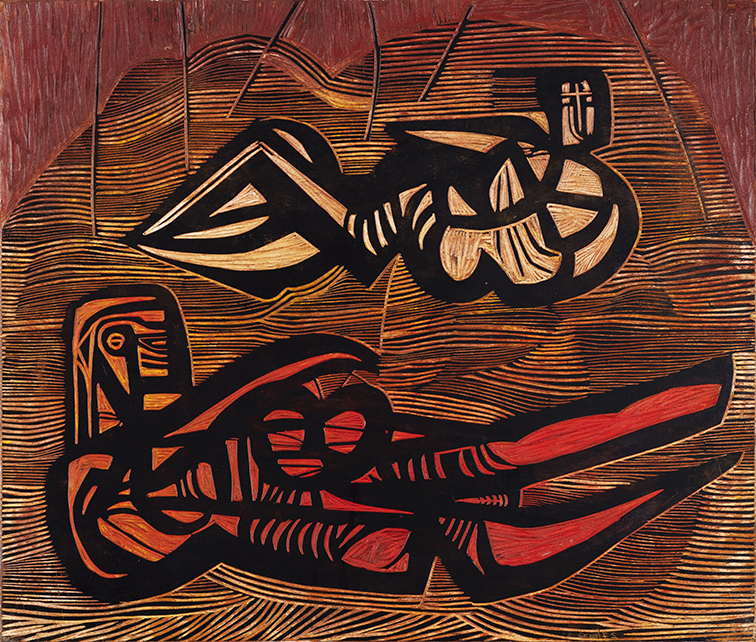 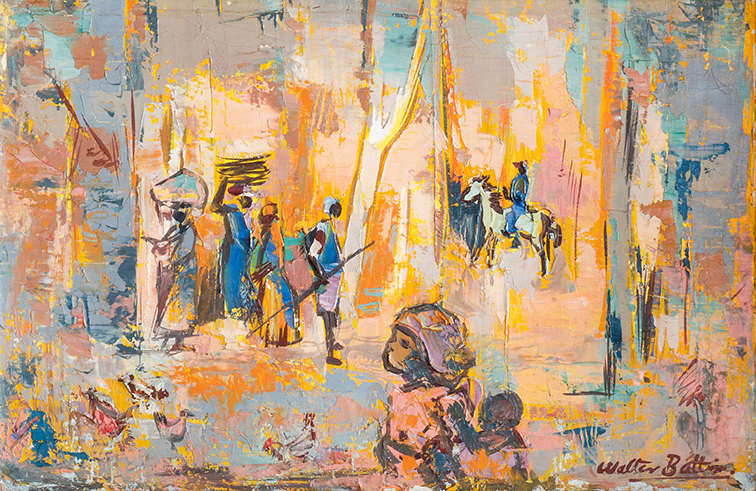 Sculpture is a prominent and powerful medium in local art and the auction focuses on an impressive body of sculptural works led by Sydney Kumalo and Edoardo Villa – important members of the seminal Amadlozi group from the 1960s. Kumalo is represented with three works, notably Mother and Child, a large bronze made in 1971 when the artist was at the height of his artistic powers, while Villa’s Abstract Form is a unique geometric bronze. Capetonians will also be delighted to view works by much-loved local sculptors Bruce Arnott and David Brown. 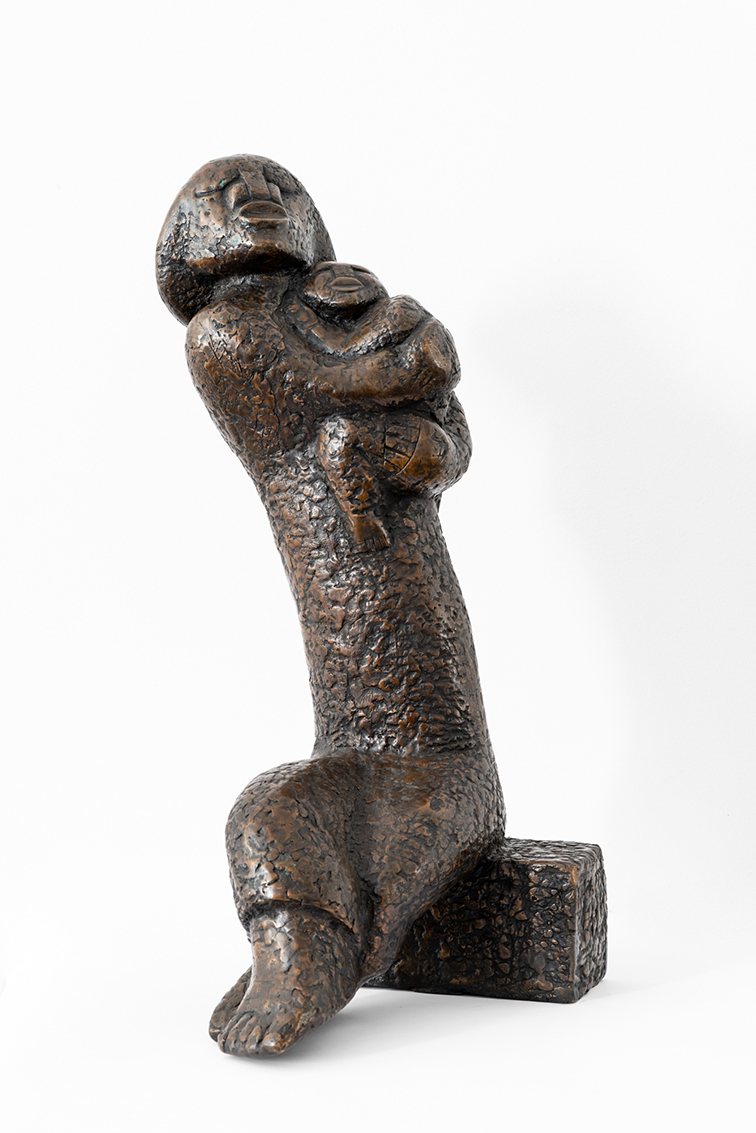 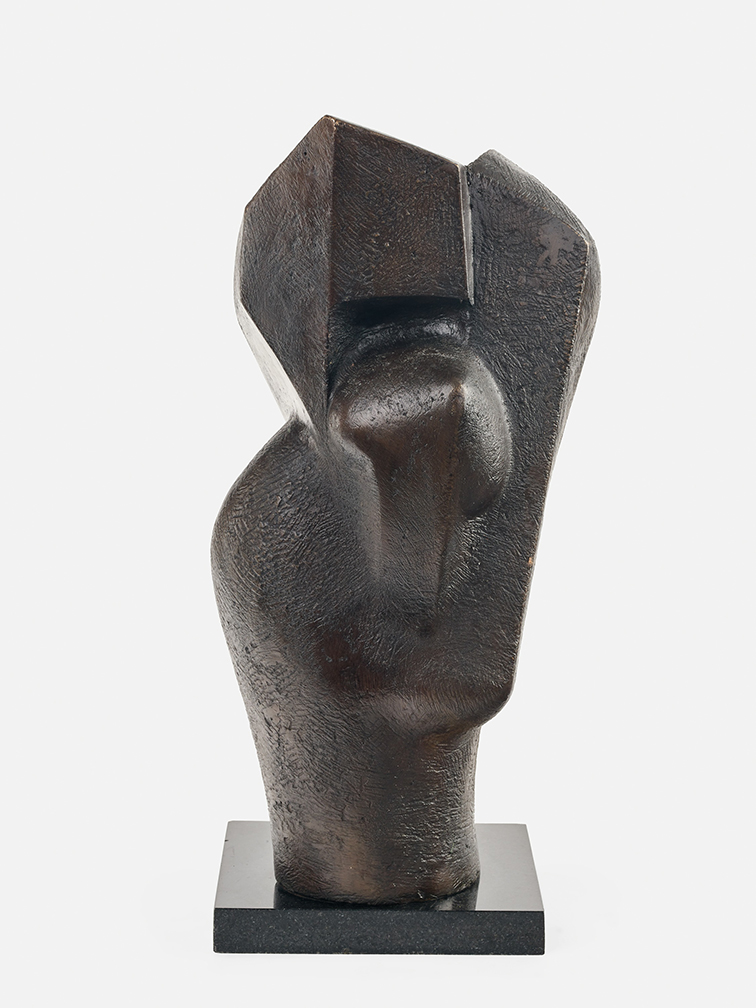 The live auction will take place from Aspire’s exquisite gallery space at 37A Somerset Road in De Waterkant. Buyers are invited to join for in-room bidding or make use of telephone or Aspire’s real-time online bidding platforms.

The preview exhibition will be on display in the gallery from Friday 11 March and can be viewed from Monday to Friday between 10am and 4pm.