Aspire Art Auctions held its latest auction sale at the Gordon Institute of Business Science in Illovo. The company has consistently positioned itself as an innovator in its chosen market segments, and lived up to that growing reputation with an outstanding offering of modern art by black South African artists, a range of cutting edge contemporary art and photography, and, for the first time, a special section of art from the rest of Africa, as the company begins to develop its market in other geographies.

In a tight market, Aspire succeeded with some exceptional sales on the night. The company has actively been developing value for work by black South African modern artists, with previous milestones including a world record for a drawing by Dumile Feni. The segment is subject to a renewed focus in South African art history in recent months due to the magisterial exhibition of black South African modernists earlier this year at the Standard Bank Gallery, entitled A Black Aesthetic. 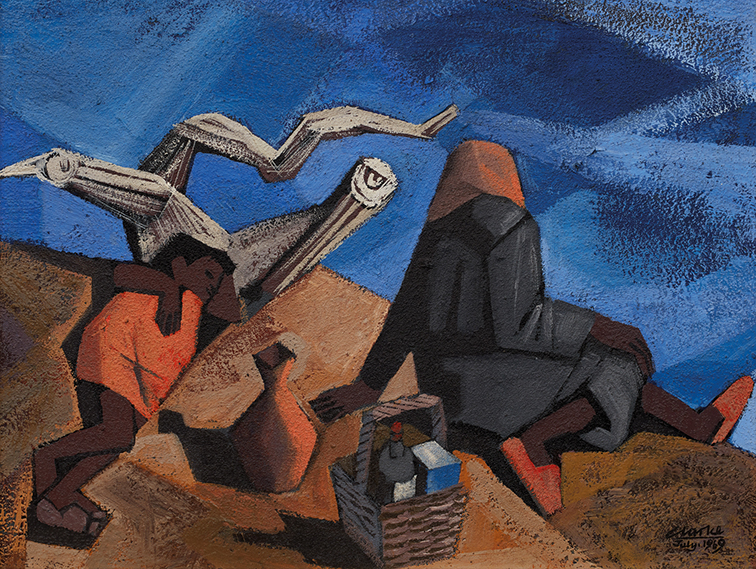 Peter Clarke, Abandoned on the Dunes

Aspire’s offering was led by the catalogue cover lot, a beautifully realised oil painting by Peter Clarke entitled Abandoned on the Dunes (1969).

This gem of a painting depicts, in a proto-Cubist style, a windswept scene of a mother and child on the dunes, the mother looking out to sea and away from the viewer. It is a harbinger of the forced removals that were going on in Clarke’s community at the time, and would soon affect his own family.

The work sold for R853 500. Another notable sale was of the intriguing and poignant oil by Gerard Sekoto, entitled The Two Worlds, also from 1969, which dramatizes the exiled artist’s views of his rural African memories and his urban European existence side by side on the same canvas. The painting fetched R569 000.

A further remarkable sale occurred when Aspire had worked hard behind the scenes to develop the market reputation for an exceptional work by young anti-apartheid prodigy Julian Motau, who died tragically in the 1960s, aged only 20.

In an indication that the auction house takes this segment seriously and feels it is unfairly undervalued, they set an estimate on Motau’s coruscating drawing Apartheid slave wagon which was more than three times his previous highest price.

Aspire’s position was vindicated when the work sold for R227 600, a world record for the artist by some distance. Rounding out the segment was the sale of an elegiac painting of a donkey cart in procession by the elder statesman of urban black social realism, George Pemba, which sold for R201 600. Among the more traditionally prominent South African modernist artists, an intriguing portrait of a pipe-smoking woman from 1958 by Maggie Laubser fetched R261 740. 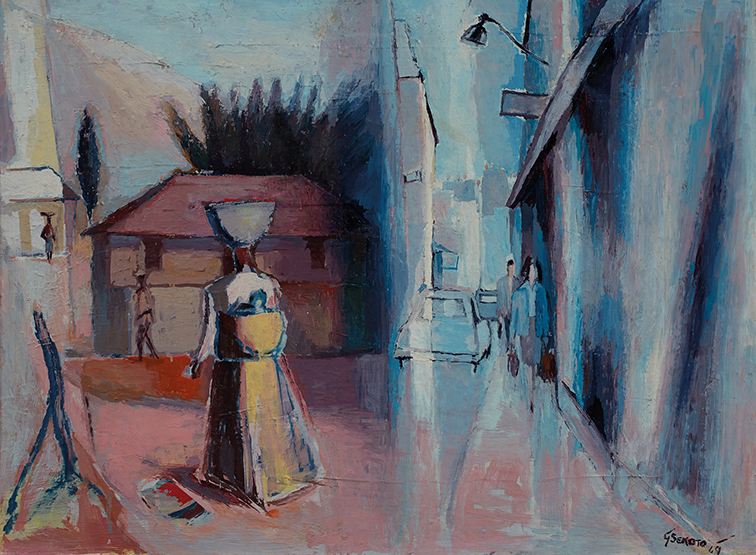 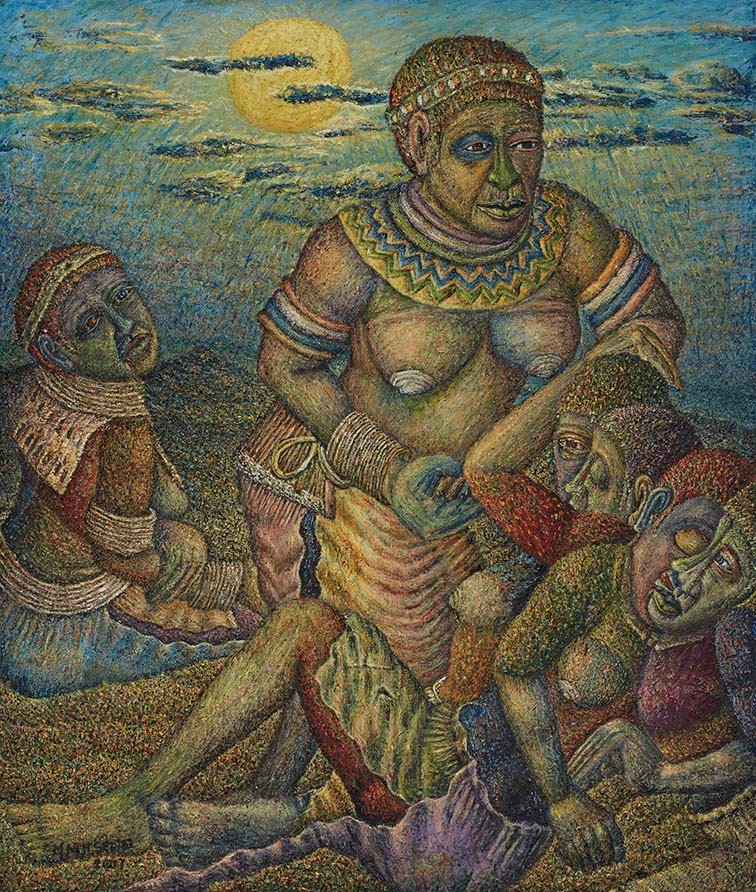 Aspire has become known for its expertise in selling contemporary art, and this time the offering was led by William Kentridge, the doyen of contemporary South African art. Three major, and distinctive, works were on offer. The sale led with an early, untitled landscape drawing from 1987, in his characteristic charcoal on paper, which sold for R910 400.

A large monotype from the Colonial Landscapes series did very well at R625 900, and finally, a large-scale print from the highly sought-after Universal Archive series, printed on dictionary pages, sold for R512 100.

Other notable contemporary sales in a very high quality and selective offering in the segment included work by Deborah Bell, Robert Hodgins and Zander Blom. The sale was marked by strong performances in contemporary fine art photography. 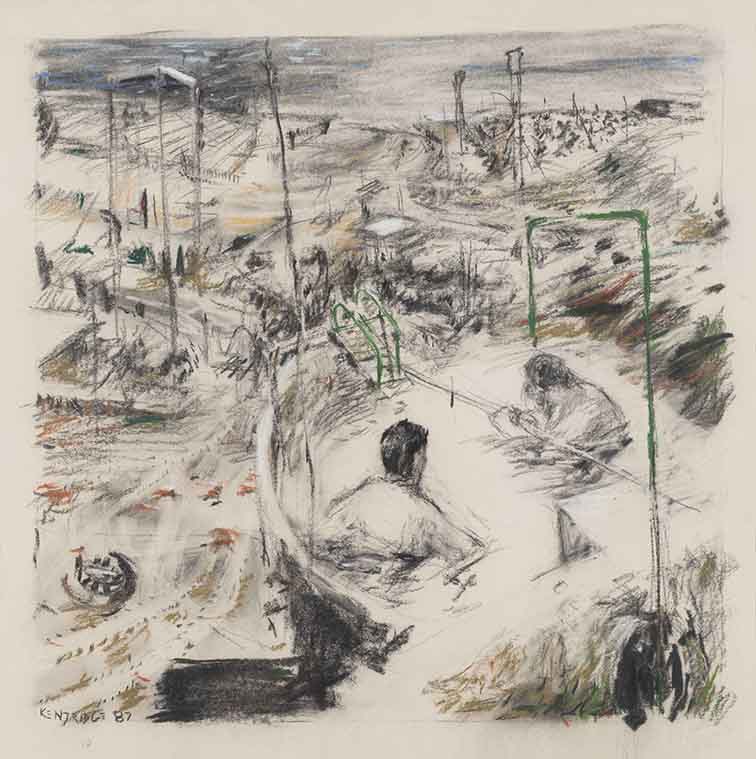 Aspire has made an innovative strategic decision in this sale to broaden and diversify its market. To this end the company offered a range of works from Nigeria, Ghana and Zimbabwe, and was again vindicated in the decision when the offering all but sold out, with buyers enthusiastically capturing paintings by the likes of Ato Delaquis, Wiz Kudowor and Gbenga Offo.

Aspire will continue these market diversification initiatives when it collaborates with French auction house PIASA to stage a bilateral African art auction between Europe and Africa, which will take place in February 2020 in Cape Town, and will be led by a spectacular early work by South African-born international defining artist of her generation, Marlene Dumas.

For obligation-free valuations, and to consign works of art to upcoming auctions, please contact: