“I first lived overseas in 2012 working as an au pair in Paris. During my year abroad, I extensively explored the city. And, while inhabiting the role of both tourist and Parisian local, learnt of a very interesting phenomenon, Paris Syndrome. This syndrome is characterized by an overwhelming sense of disappointment that reality does not match up to expectations that tourists sometimes hold of the city. Throughout my many trips to famous monuments, I felt that, yes, I could very easily see the burst bubble of romance in some tourist’s faces as they attempted to capture the perfect vista of the Eiffel Tour while trying to ignore the alarmingly large rats tearing at bins, overly familiar strangers reaching to high-five you whilst simultaneously rummaging through your pockets, and worst of all, other tourists attempting to experience the magic of the city at the very same time as they were. I was obsessed with taking pictures, like most tourists, and I never stopped to question why I was looking through a viewfinder instead of looking with my eyes. The reality of the diminutive stature of the Mona Lisa comparative to the extremely large crowd usually surrounding her is something many people can relate to. Despite the reality often falling short, I still took immense delight in discovering the city; the magic that seemed to lie in unexpected places, and the welling up of emotions that often took me by surprise. It was the turning of corners that excited me. The sudden stumbling onto a scene that unfolded like a tableau that felt like I had discovered a more real version of the city than the actual city I had been experiencing. This encountering of the whimsically unexpected began to change the way I interacted with the places around me. Over time, I began using a camera less and less, preferred travelling alone than with company, and would purposefully lose myself in a place to reflect on things that can only be truly examined when your comfort zone has been stripped away. For me, travel became about self-examination. 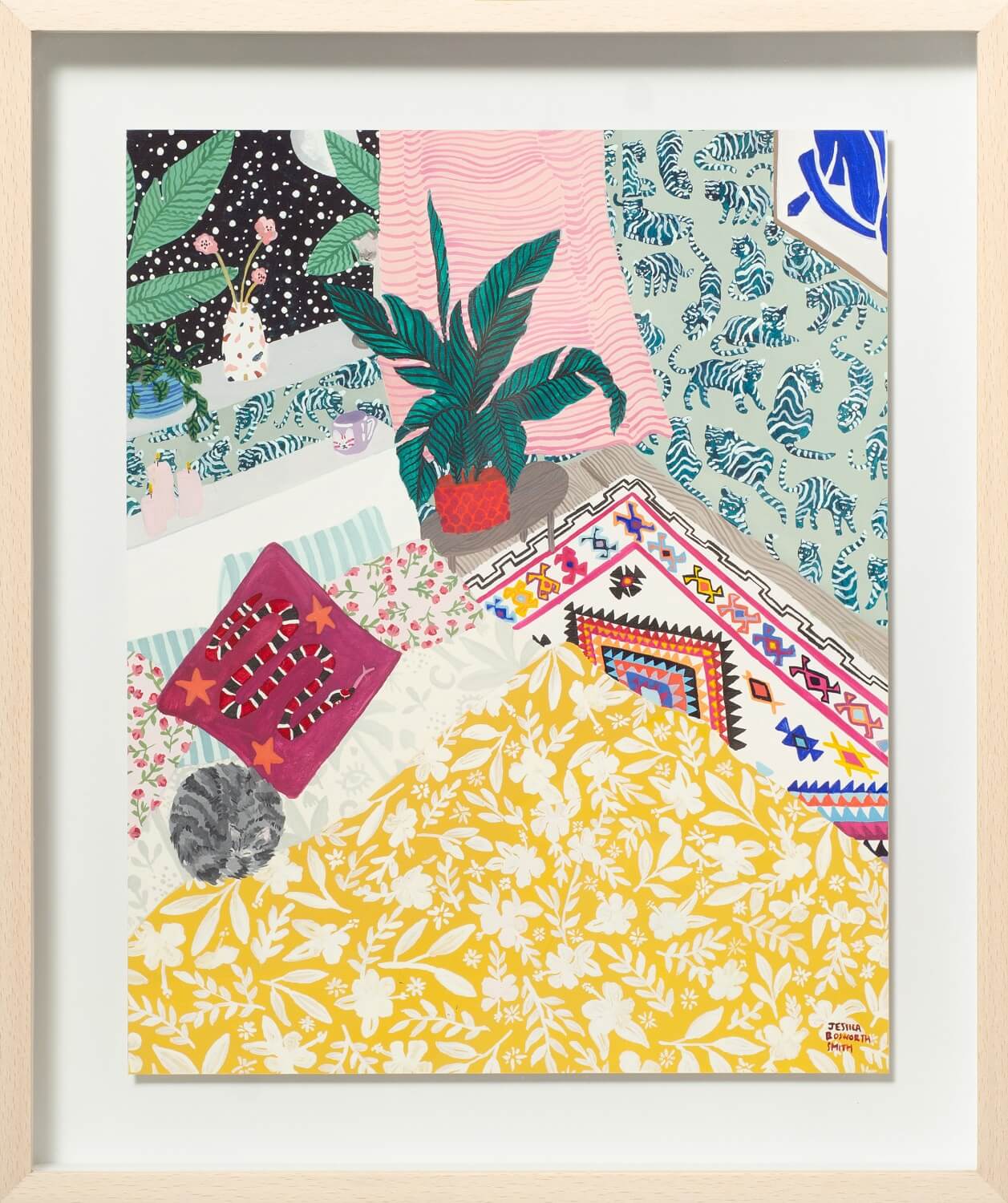 JESSICA BOSWORTH SMITH. Be Right Back, 2021. Gouache on board 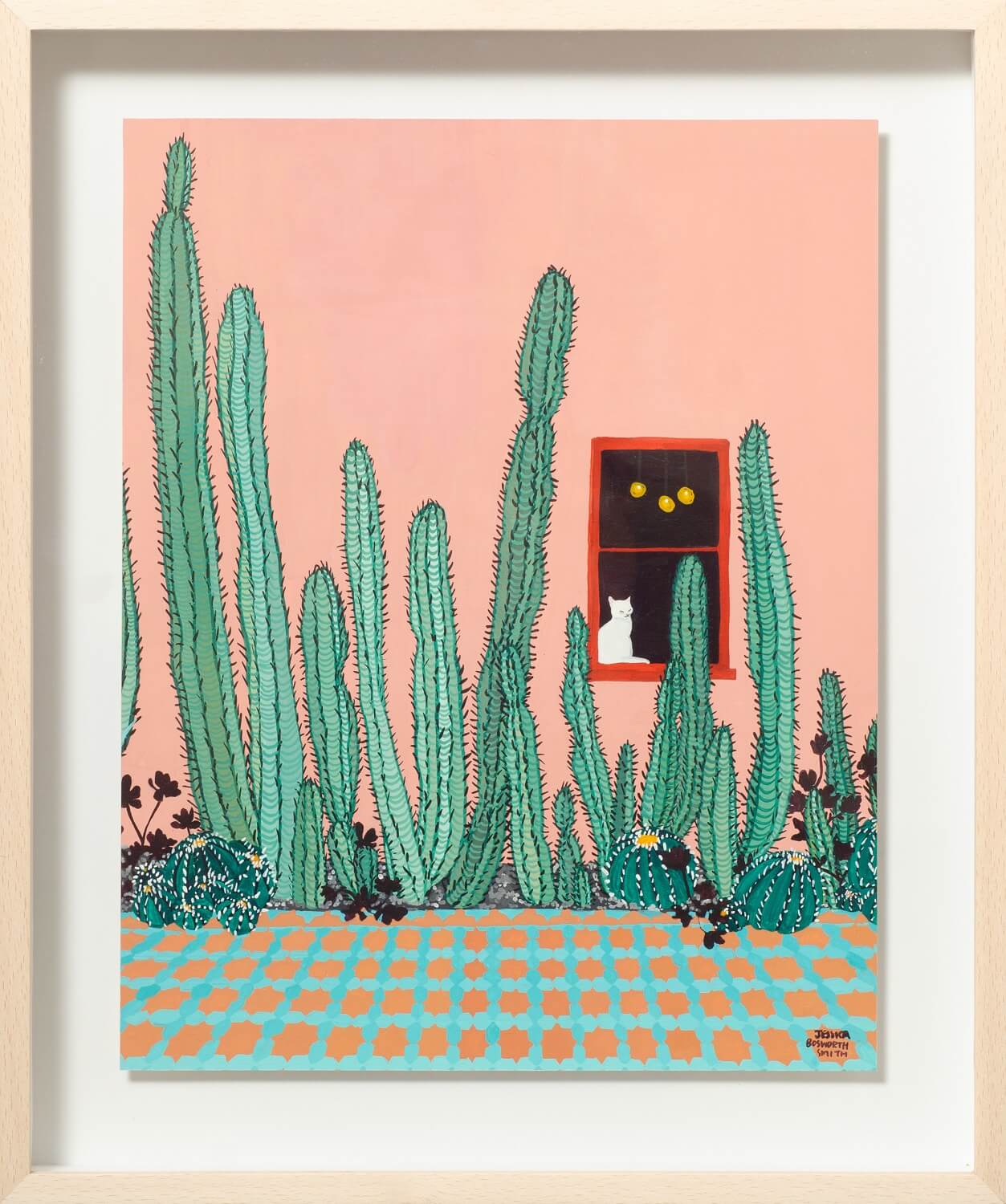 I’ve done much travelling since then. And from the many trips I’ve taken I’ve often wondered about the nature of being a tourist. To visit as a tourist is to both have a highly individualized, and often life-changing, experience and yet one simultaneously shared by many many others. And by the nature of your presence, and your subsequent remembering, you aid in the romanticization, flattening, and instagrammable-ness of the place. To tour a place is to create the tourist attraction. I have my own very complicated feelings about this simple fact. I want to inhabit, to experience, to take pictures, but I begrudge my own presence there.

The early photos from March 2020 of monuments completely deserted was like glimpsing into a parallel universe; a strange place where there was no such thing as a tourist. A place where dolphins swam in the canals of Venice, boars cavorted in playgrounds, and penguins waddled around Simon’s Town. These attractions which are defined by being visited now could only be viewed from a window, a screen, or relived in a memory. Suddenly, digital visitations to global destinations began to fascinate me. I started stockpiling images that were less about the place itself, and more about the feeling they evoked in me; those feelings I got and could examine honestly when I travelled, especially when I did so alone. So, I turned to painting. Firstly, with gouache on board and then to the 3-dimensional realm in ceramics. With my sculptural works, I explored the desire to collect and to find keepsakes; like little souvenirs from the places I’ve captured in my paintings. I want the collection as a whole to come alive with the delight of feeling like you know this place, but I can’t be sure that you’ve seen it before.

A Very Grand Tour centers around my desire to teleport myself to new and wonderful places rather than to recapture the cities I had already visited. I wanted to create parallel worlds which were reality-adjacent; interiors of impractical and fantastic hotels or apartments, lush pools, perfectly preserved collections of things, souvenirs, and dense, vibrant jungles. Through painting, I could circumvent the plane ticket and travel restrictions and use the pictorial plane to go elsewhere. A place where only I can go, which is mine alone, where there is no reality to compare it to, that tells me everything I need to know about myself.” 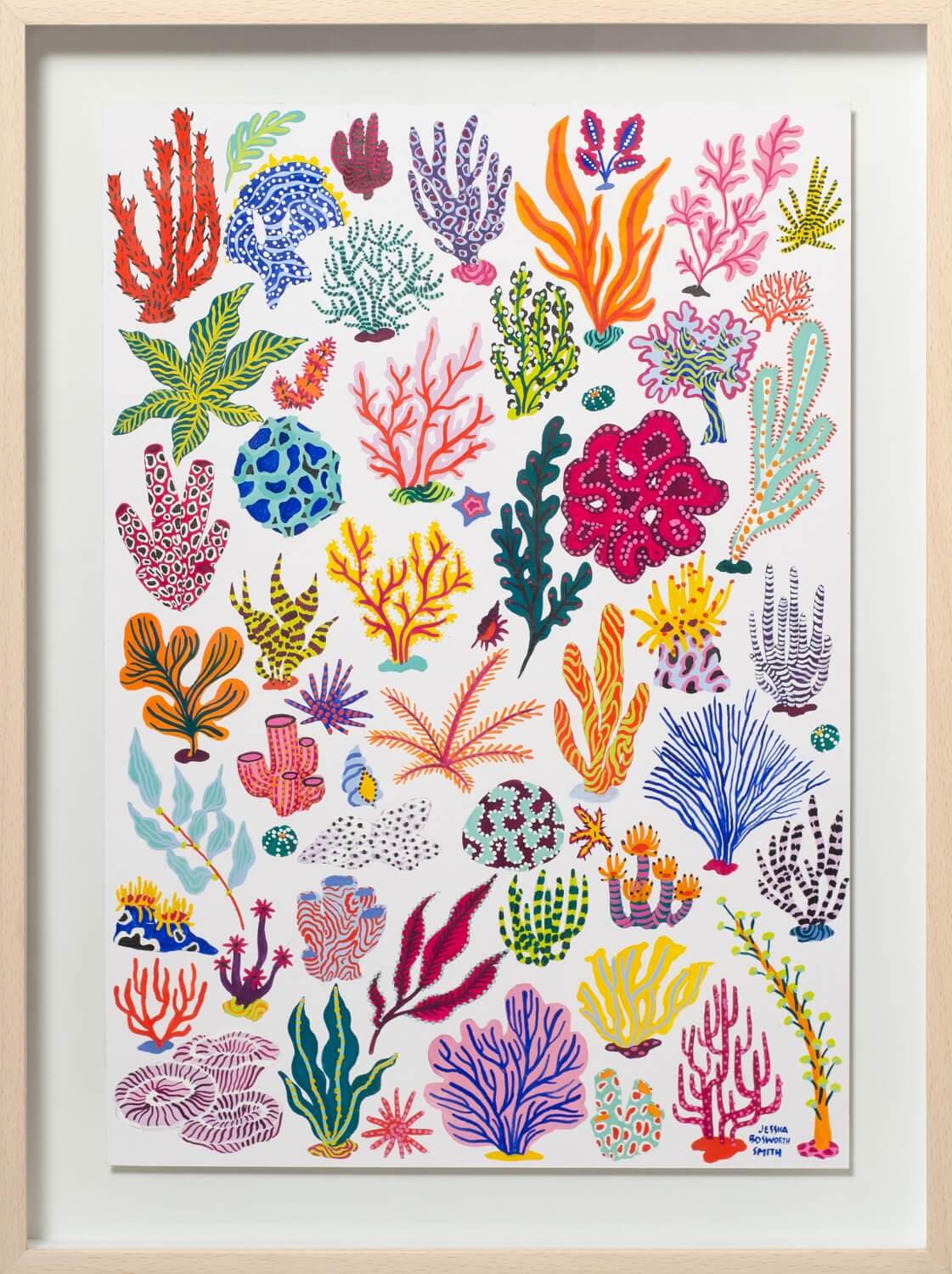 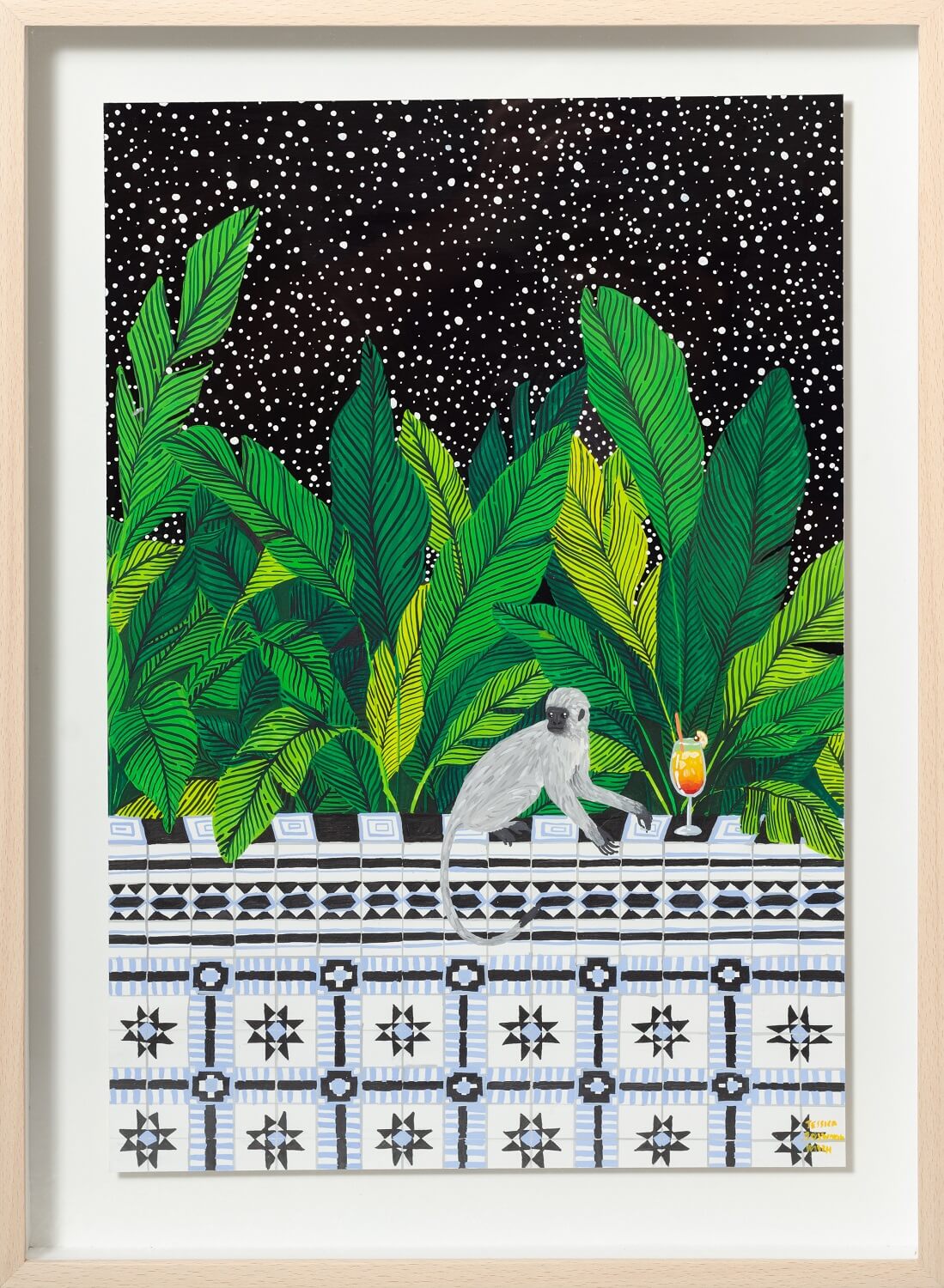 JESSICA BOSWORTH SMITH. Last Round, 2021 Gouache on board 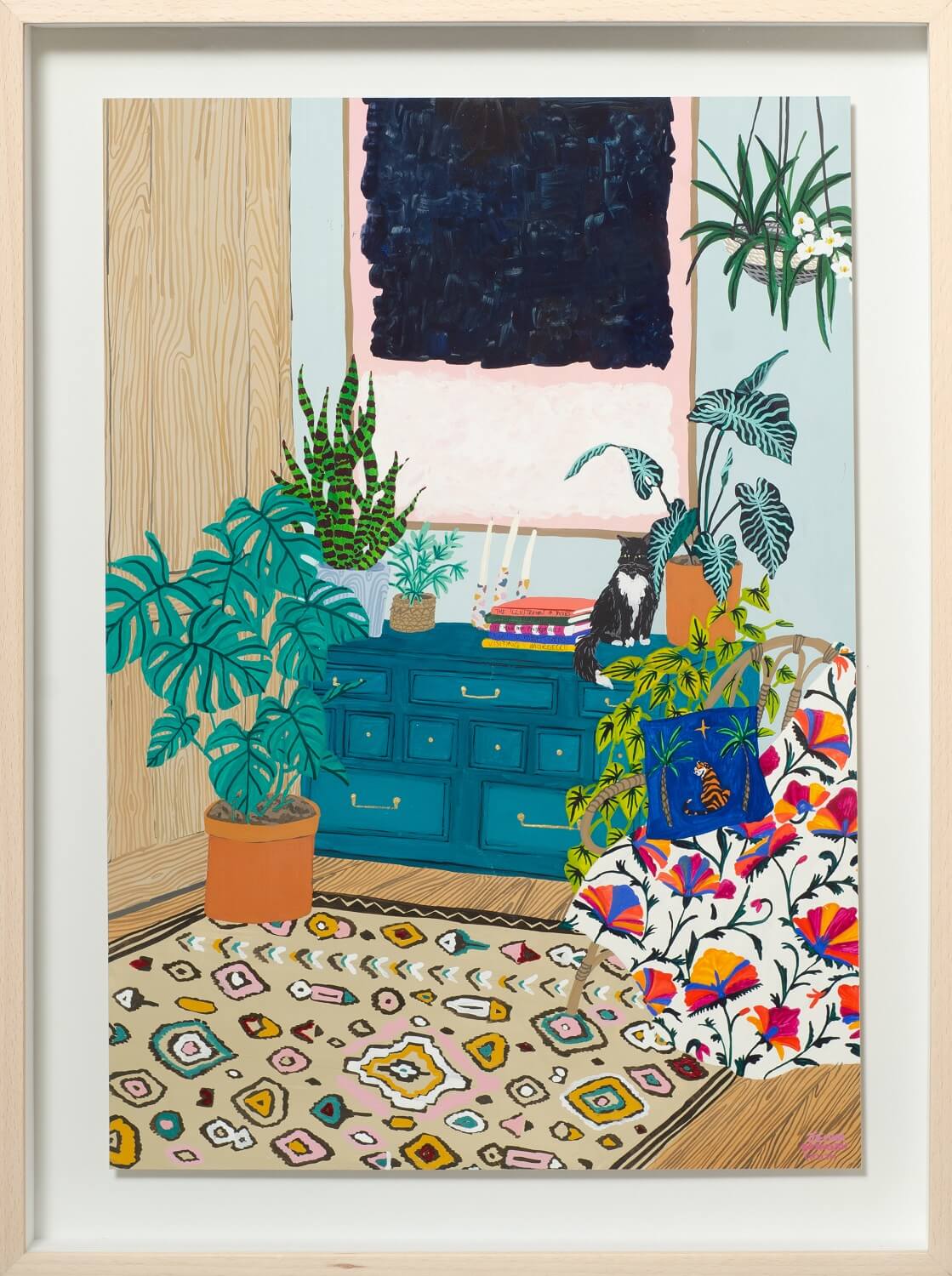 JESSICA BOSWORTH SMITH. Our House is a Very, Very, Very, Fine House, 2021. Gouache on board 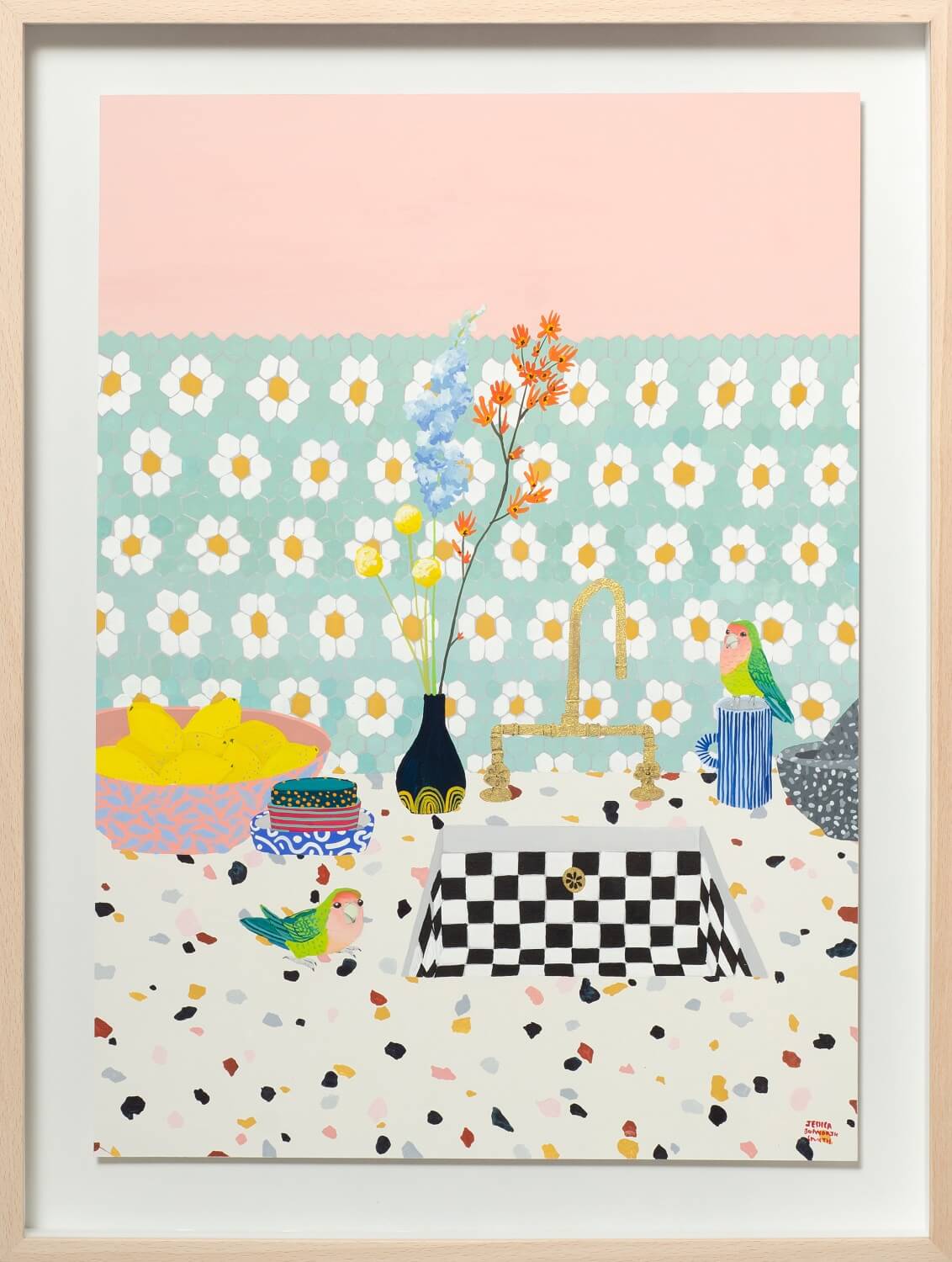