AT FEATURE: And They Came Running | A Portfolio of images of the Suri Tribe in Ethiopia by Samantha Reinders

AT FEATURE: And They Came Running | A Portfolio of images of the Suri Tribe in Ethiopia by Samantha Reinders

Samantha Reinders likes to get lost. Perhaps because it strips out the familiar and allows her to see the neglected value of the everyday, or because its serendipity rewards her with that precious jolt of beauty seeing something for the first time. Sometimes she gets lost in her beloved Karoo, or the alleyways of Kathmandu, the Mongolian desert, downtown Cape Town, or the eyes of one of her subjects. 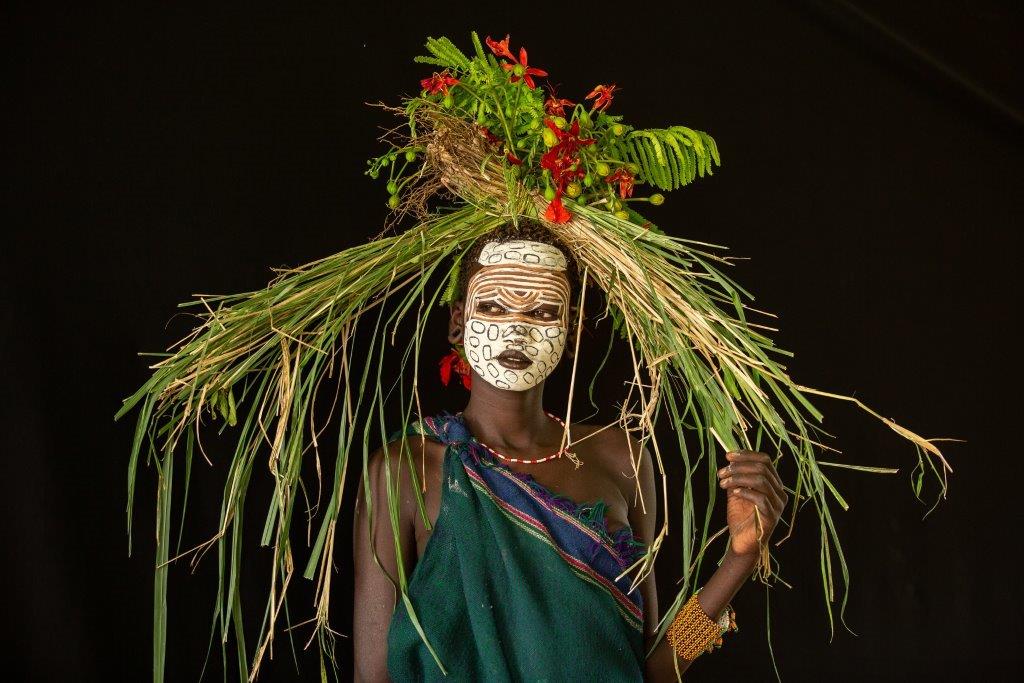 For her current exhibition at the Prince Albert Gallery entitled “And They Came Running”, she and her camera found themselves in the Omo River Valley of Ethiopia, not far from the Sudanese border.

‘They’ are the children of the Suri tribe, adorned as they often are for the large and small occasions of village life – the birth of a cow (or a neighbour’s cow), a harvest, a funeral, a wedding and, as has become possible these days, a tourist camera. Their self-made decorations are paint ground from local rocks and clay and headdresses fashioned together with found items from fields and bushes, “part Ascot fascinator, part Parisian catwalk”, she once wrote captioning one of the portraits.

As an award-winning photographer/photo journalist, book editor, multimedia producer and teacher whose clients range from The New York Times to Médecins Sans Frontières, to Vogue, to National Geographic, to The Bill and Melinda Gates Foundation (to name but a few), Sam visited the Omo River Valley on several occasions between 2016 and 2020 guiding and instructing small groups of dedicated photo-tourists.

Sam would have helped them with composition, capturing the light just so, making suggestions for framing their subject matter, but photography that elicits such raw emotion from us cannot be taught. “You bring to the act of photography all the pictures you have seen, the books you have read, the music you have heard, the people you have loved”, Ansel Adams once wrote. Sam has the ability to connect with the people she photographs in a way that enables her to identify and capture their compassion, agency, generosity, playfulness, care for an animal, and love of colour as these do, even in times of natural disaster and in surroundings reflecting a deep and unrelenting poverty.
If pictures fill in for 1000 words, Sam’s are more of a haiku. Precise and formal, yet atmospheric and ethereal. 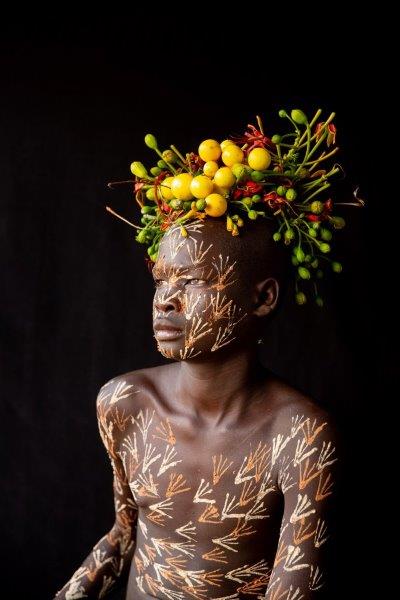 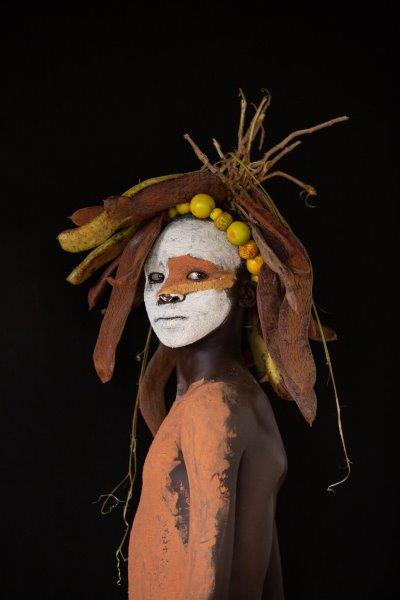 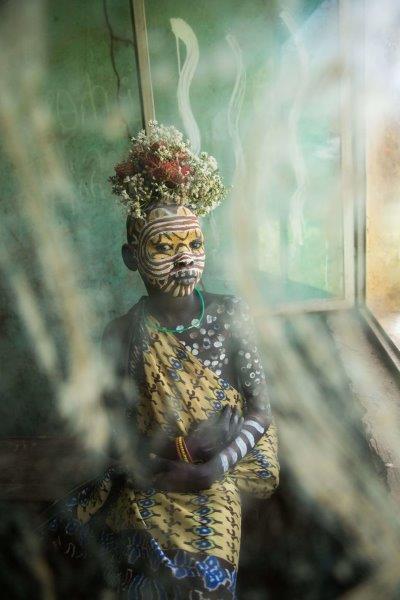 Her approach is straightforward and genuine, making them often luminant and transfiguring. She is humbled by her encounters with the people she photographs as we are by her ability to move us. Her empathy gives her a unique ability to transform the exotic into the recognisable, igniting our shared humanity.

Because the Ethiopian government has identified modernity and urbanisation as that country’s path out of poverty, the old ways are seen as backward and undesirable and little government aid filters down to the people of the Omo Valley. Tourism in the area is a double edged sword: desperately needed, but also the cause of much of the negative flux. “With each visit the pace of change floors me. Traditional ways of life are disappearing as big industry edges nearer, climate change wreaks havoc with food security, and modern influences (both Eastern and Western) slowly peel away at centuries-old African culture and tradition,” she says.

Sam’s work has been an elegy for vanishing cultures, but is abandoning these tours which she believes could weight a precarious balance between tradition and commercialism. At the same time, a percentage of the proceeds she makes from the sale of her pictures are always earmarked for educational endeavours in the region.

This body of work typifies Henri Cartier-Bresson’s suggestion that “We photographers deal in things that are continually vanishing” and is an important portfolio in her collection. 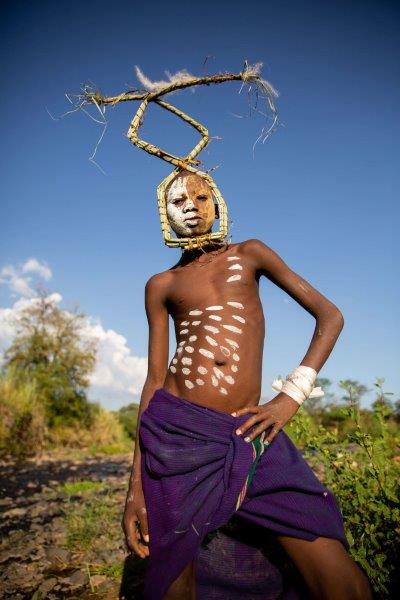 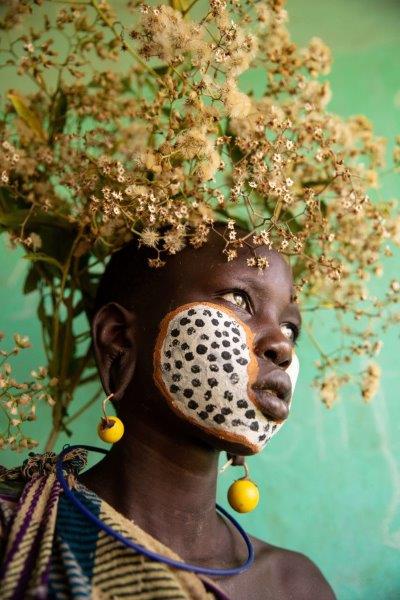 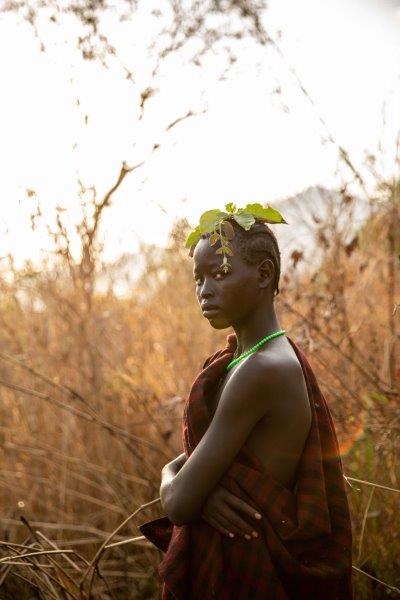 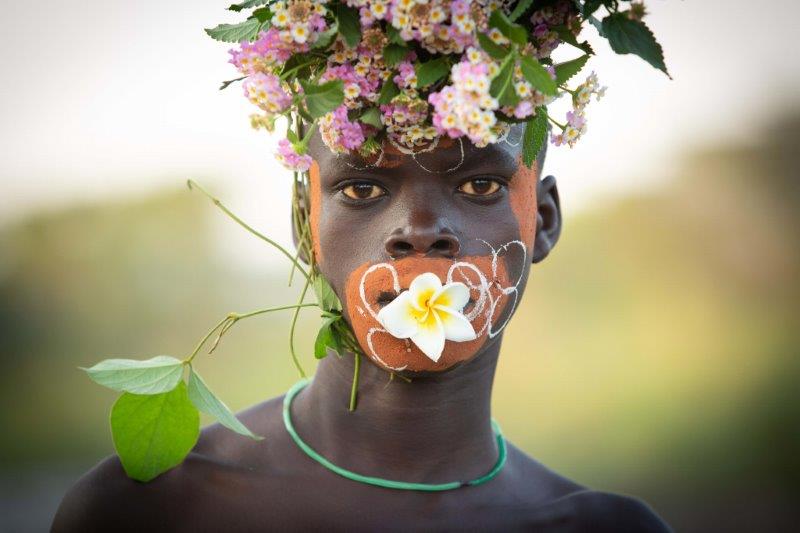