“If I create from the heart, nearly everything works; if from the head, almost nothing.” Marc Chagall.
Janet Dirksen paints intuitively. Her new body of work is a reflection on her time spent over the years in the small Karoo town of Prince Albert. She is drawn to the sometimes harsh landscape and it is fitting that her second solo exhibition returns ‘home’ to the Prince Albert Gallery.

Dirksen offers a multi-layered interpretation of her subject. On the surface, she is interested in the sky, the landscape, and the quintessential, often derelict, Karoo houses and structures that occupy it. There is a conspicuous lack of any human figures or activity. Yet the works speak to human memory, nostalgia, and identity. The buildings serve as an archaeology of the history of the region together with a profound sense of longing for that which has passed.

It is this emotional and atmospheric quality that infuses her work. The structures mark space whilst simultaneously creating space beneath the vastness of the desert skies that are her primary subject. The works capture the innate loneliness of the landscape but also of the human condition. The titles of the works allude to this – ‘Distant Solitude’, ‘Silent Spaces’, and ‘Be Still’. “The greatest art always returns you to the vulnerability of the human situation.” Francis Bacon.

Dirksen’s interest in the landscape is driven by her exploration of man’s connection to nature and enriched by her empathy with human spirituality. The works create space for meditation and contemplation. Her intentions are amplified by her technical ‘language’. Working in oils, the multi-layered abstracted areas of the Karoo skies are juxtaposed with the more detailed areas of the manmade structures. “I paint poetically, instead of simply realistically”. Not surprisingly her inspirations include William Turner. 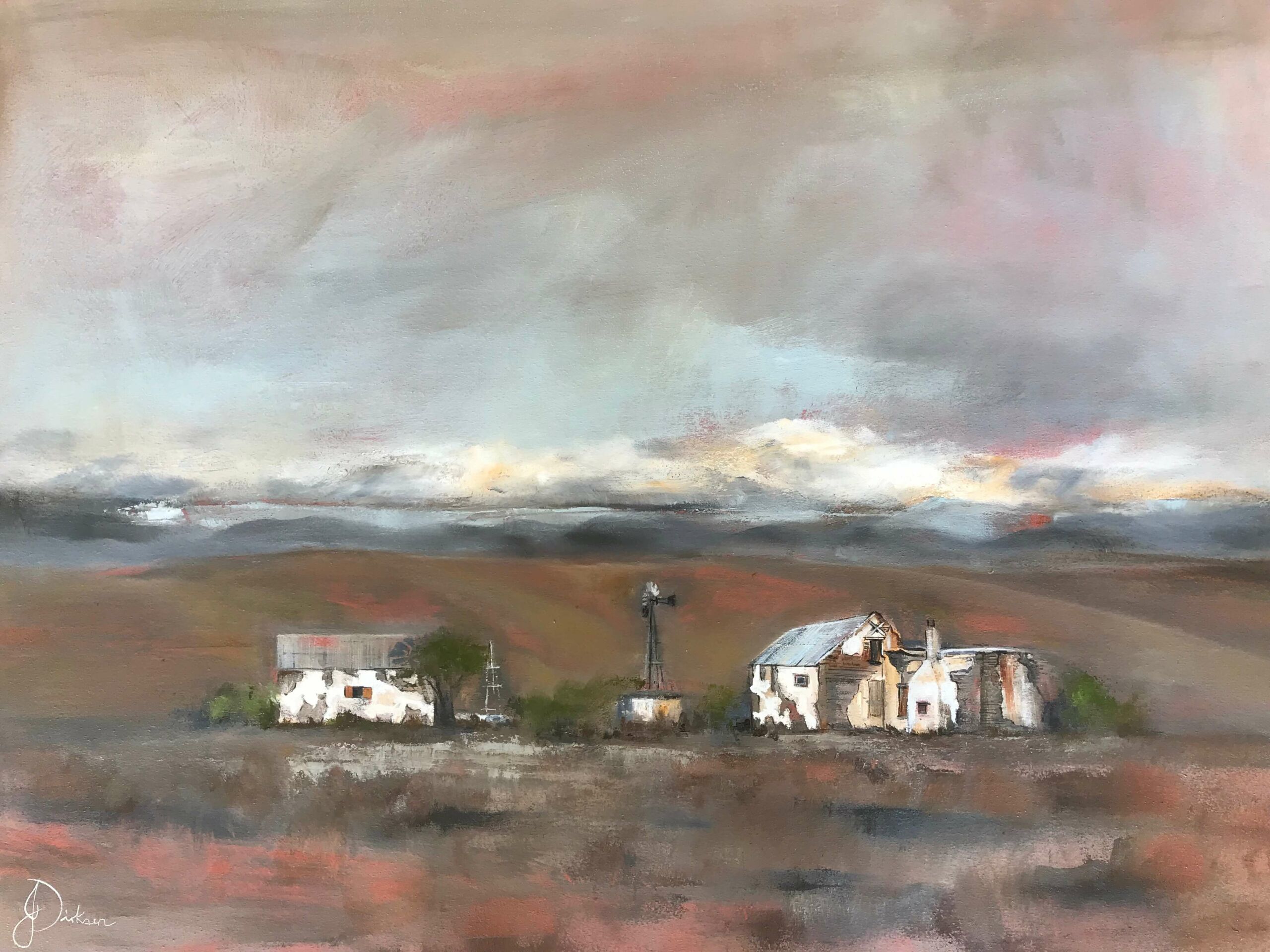 The artist is motivated by her interest in the power of human emotion and how it is triggered by the imagination. As such her chosen subjects, the sky, the earth, and built structures are metaphors for the human psyche. She provides space for the human spirit to reflect and respond to the dreamlike qualities of the landscape.
Echoing throughout the works is a sense of belonging as well as a struggle against the elemental forces of nature. The houses and structures are often abandoned and she gives voice to their presence as archetypes and symbols of man’s occupation through time. 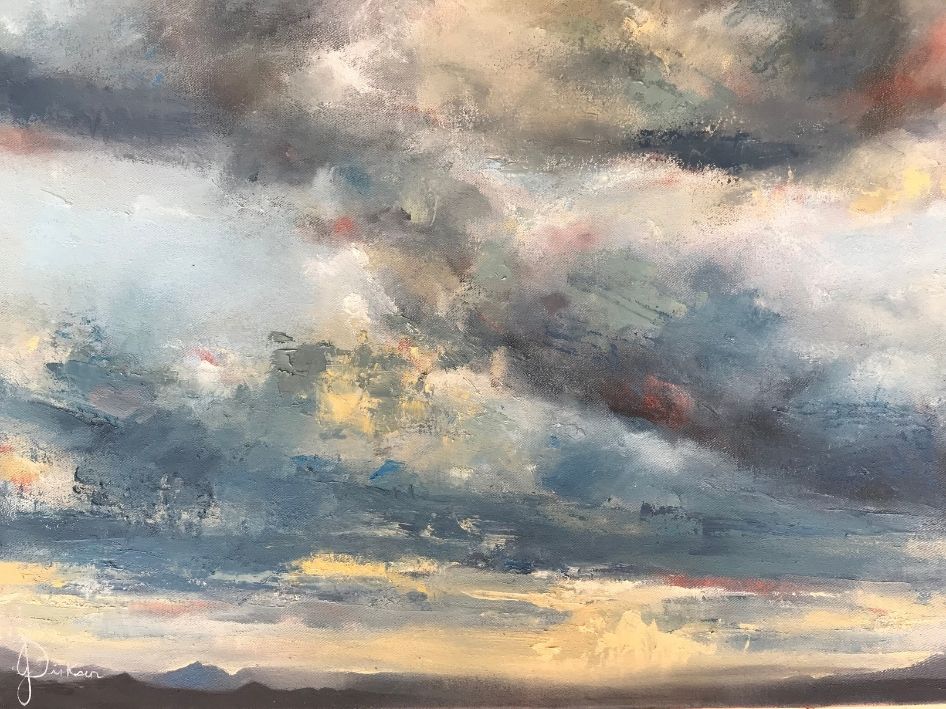 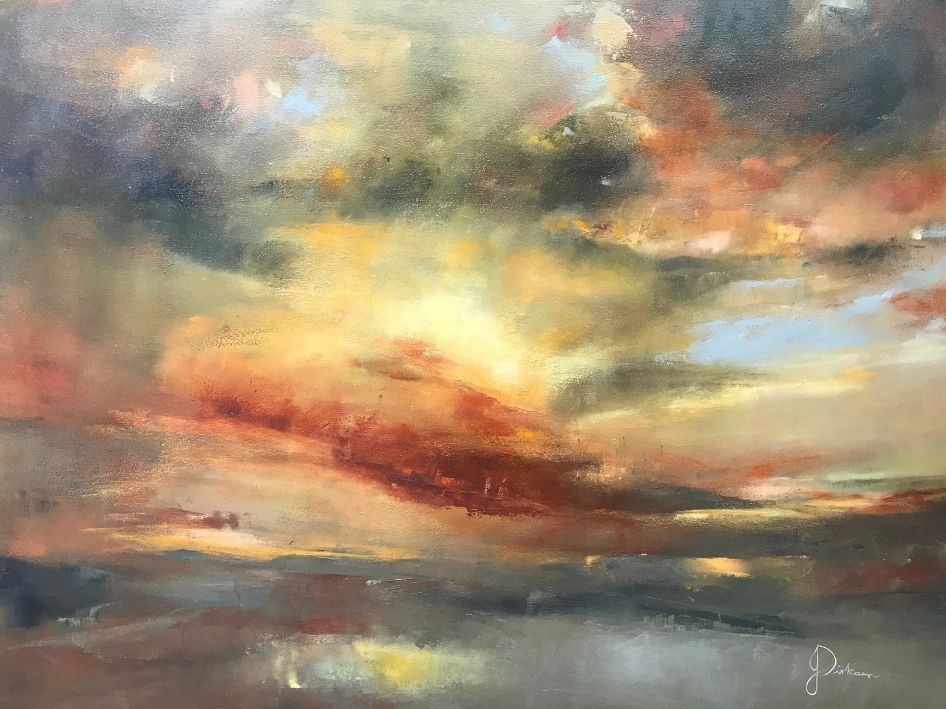 At first glance, the ‘Big Sky’ artworks are a collection of land and ‘skyscapes’ that document the vastness of the Great Karoo. Dirksen digs deeper into man’s relationship to the land and to nature’s elements. She chooses to record the ‘left behind’ structures that litter the harsh landscape as memorials to the history, identity, and intentions of early and present settlers. Rustic roads become monuments to the passage of time and broken structures remind us of fragile pioneer dreams and aspirations.

Dirksen’s intention is to give voice to otherwise silent spaces. She uses her chosen abstract impressionistic style to compose a guttural interpretation of the familiar. The works are neither idealistic nor romantic. They remind us of the timelessness of man’s relationship to the land, at once nurturing and relentlessly challenging. The works uplift us and root us in our environment, a relationship borne of perseverance and toil. 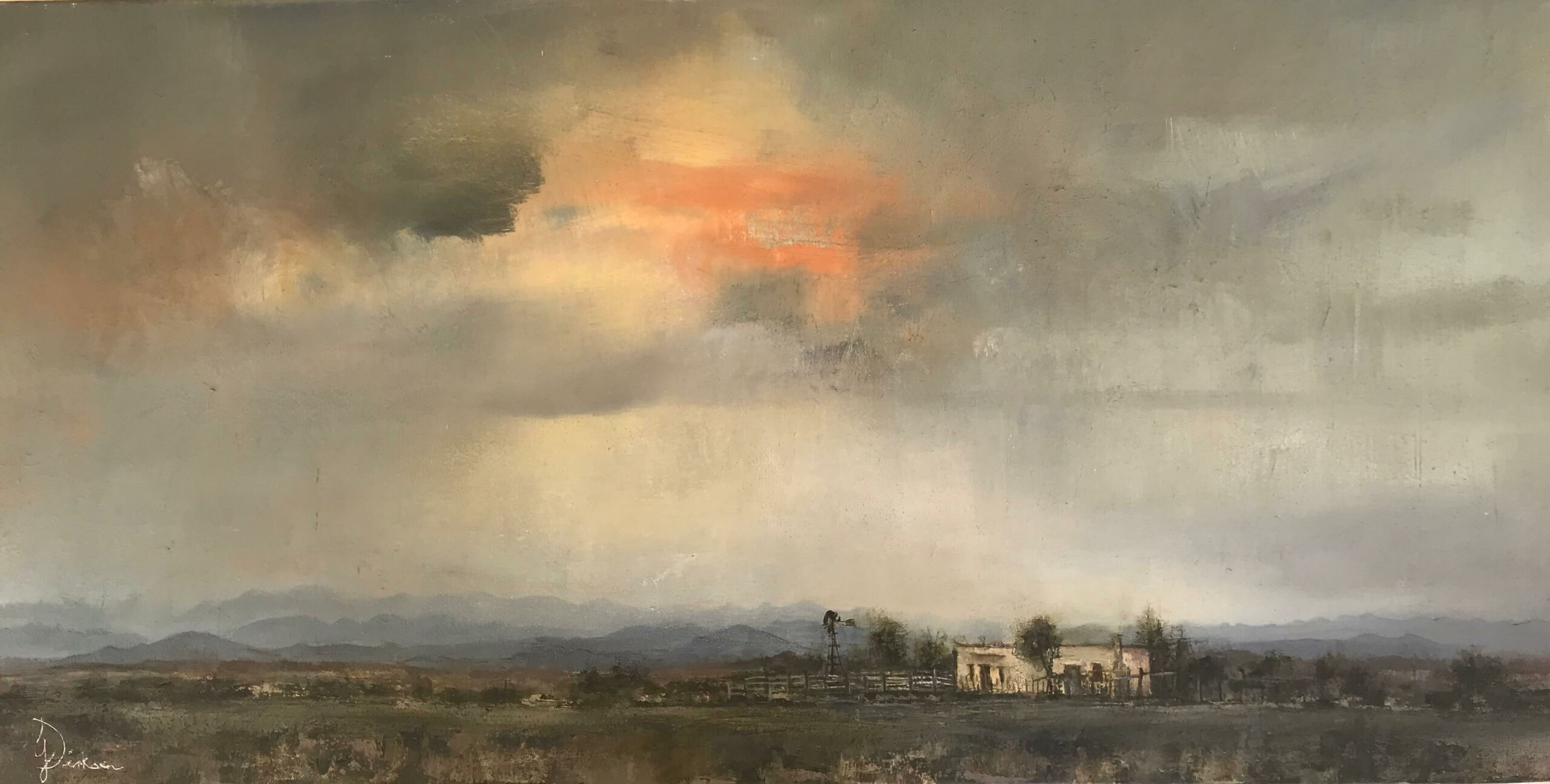