2021 marks a year of momentous milestones for the Bag Factory. In addition to celebrating the organisation’s 30th anniversary, the Bag Factory is proud to commemorate 10 years of the Cassirer Welz Award, presented annually in partnership with long-term sponsor Strauss&Co. 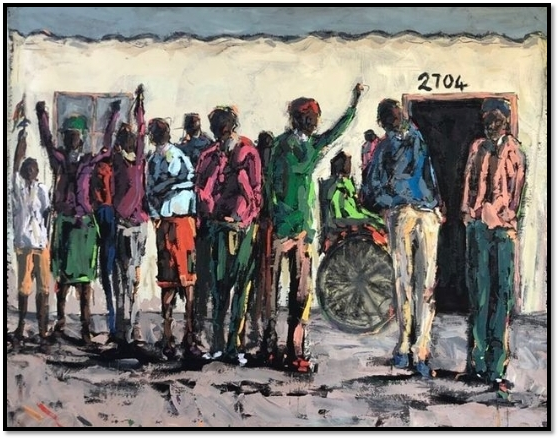 The award was founded in 2011 by the late Nobel Laureate, Nadine Gordimer in celebration of her husband Reinhold Cassirer’s love of the arts. It has grown into a prestigious visual art award known for locating and acknowledging excellence in emerging local artists. After Gordimer’s passing in 2014, Strauss&Co. pledged its continued support to the award — a partnership that has continued to this day.

After the passing of Stephan Welz the following year, the Reinhold Cassirer Award was renamed the Cassirer Welz Award as a fitting tribute to the two men who contributed so much to the South African art world.

Each year, one emerging South African artist under the age of 35, in the field of drawing or painting, is awarded the opportunity to spend 10 weeks in residence at the Bag Factory’s studios, culminating in the artist’s first solo exhibition of new work. Through the exchange of ideas, mentorship and skills development, the artist has an opportunity for substantial creative and professional growth.

The exhibition takes places at the Bag Factory’s pop-up space at the new Oxford Parks precinct in Dunkeld.

More information about exhibition opening times and events to be confirmed in line with Covid-19 restrictions. Until further notice, viewings by appointment only – Mondays to Fridays 09:00 to 17:00. Email info@bagfactoryart.org.za.

This exhibition is made possible with support from BASA’s Supporting Grants Programme.

The Bag Factory’s pop-up initiative is made possible with kind support from Oxford Parks and Intaprop Property Development and Investment.