AT FEATURE: Earthbound at Eclectica Contemporary

AT FEATURE: Earthbound at Eclectica Contemporary

Eclectica Contemporary is excited to present a collection of Cape Town based ceramic artists in our third wave of the design exhibition titled 11:11. Highlighting sustainable design we draw reference to the earth as an element and as a material property for creation. Earth is transformed by ceramic artists into key spiritual experiences through an ancient craft. Ceramics, like stone carving has been historically used as a method of documenting various life cycles including culture, politics and economics. Even though clay artifacts were widely used in South Africa for domestic and other purposes throughout the past two millennia, there is still a remarkable absence of historical literature exploring prehistoric ceramics. In this exhibition the artists have replaced canvasses with clay to narrate their own histories, indigenous knowledge and personal experiences.

Talented duo Majolandile (Andile) Dyalvane and Zizipho Poswa are reinterpreting African traditions through ceramics at their acclaimed studio Imiso. The term ‘Imiso’ is a Xhosa word that translates to ‘tomorrow’ and hints at the movement of African designs into unapologetically modern future. Imiso ceramics take inspiration from personal histories as well as indigenous methodologies and African traditions, making their practice conceptually rich. The scarified collection is inspired by the ancient African Tradition of body scarification. A traditional practice that is used to protect individuals against negative spiritual and physical manifestations in the African realm of traditional knowledge.

Madoda Fani grew up in Gugulethu, Cape Town and pursued his creative practice as a fine art Student at Sivuyile College. He worked as a ceramic painter in various pottery studios, where he started to develop his own style. He is known for his detailed finishing on minimalist wood-fired terra cotta shapes. His hand carved details echo the natural world and in the same breath speaks of the human imprint on the environment. Similarly, his hand-coiling technique that he has become known for is indicative of his hand as a tool for manipulating natural elements and mark making. His 2000 award at Le Salon International de l’artisanal de Ouagadougou in Burkina Faso was a crucial step in affirming his creative process and his work boasts of an extensive list of awards and exhibitions both locally and internationally. 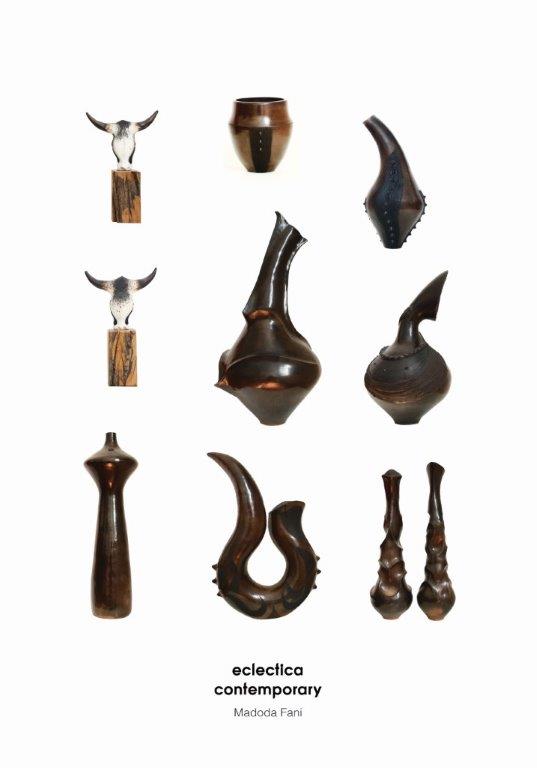 Sinethemba Xola was born and raised in a vibrant township of Motherwell in the Eastern Cape. He has pervasive training in the medium of clay and holds a B-Tech degree in ceramic design from Port Elizabeth Technikon. In addition, he also worked at two educational institutions namely College of Cape Town and Johannesburg TVET college as an educator in craft and ceramics. Currently Xola resides in Cape Town as a technician and facilitator of clay workshops at iMiso Studio and also practices as an independent ceramic artist. The organic curves of Xola’s clay sculptures intentionally announce the female body but can also be viewed as masculine due to its overarching ambiguous shape. The artist plays inside an in-between space that reflects his undeniable craftsmanship and talent. 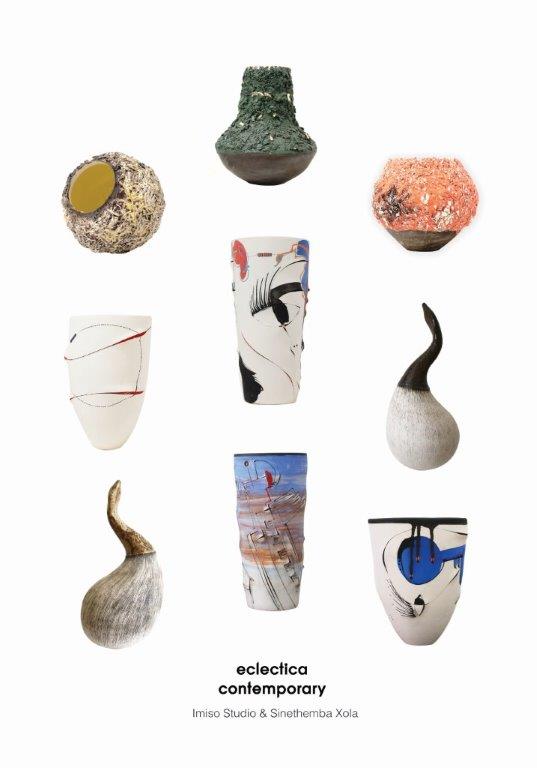 Melissa Barker is an established ceramics artist, qualified French chef and archaeologist, based in Cape Town, South Africa. Her archaeological studies focus on ancient Babylonian pottery and food recipes written in 1700 BC. Melissa’s extensive knowledge of Mesopotamian material culture, and the experience of working with ancient ceramics, has greatly influenced her vessels and pay homage to the sophistication of this ancient civilization. Her most recent collection, I See You is informed by the prehistoric relationship between humans and bees. The primordial act of gathering honey dates back to 10 000 BC where honey was first offered to the Gods. The metaphorical beehives are punctured by a hole that represents a sacred umbilical cord and is indicative of female form. The void can also be interpreted as a womb or an empty space before creation can take place. “Like the hives houses the Queen bee, so too does the female body house the creator spirit.”
Ceramic creations inherently carry a dual essence as functional objects and works of art. The merging of conceptual ideas and practical utility make these artifacts durable and functional, yet fragile. They carry inside them sacred meanings and delicate histories all earthbound through their materiality. The ceramic artists represented in this exhibition all connect through their individual experiences with clay and simultaneously contribute to the conversation of pioneering African design for a more sustainable future. 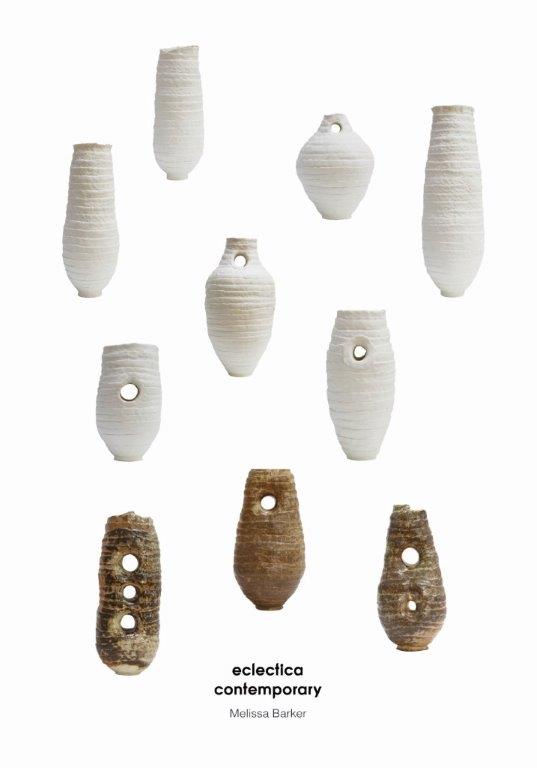