Mohamed Rabie is an artist deeply engaged in and interested with the identity and symbolisms of his hometown, Minya, in Egypt. He was born in Minya in 1986 and went on to study at Cairo’s Faculty of Fine Arts and is now also a member of the Fine Arts Association and the General Federation of Arab Archaeologists. As such, his interest and passion for the arts goes beyond his multi-layered canvases, while also contributing to and informing his creativity as he works. 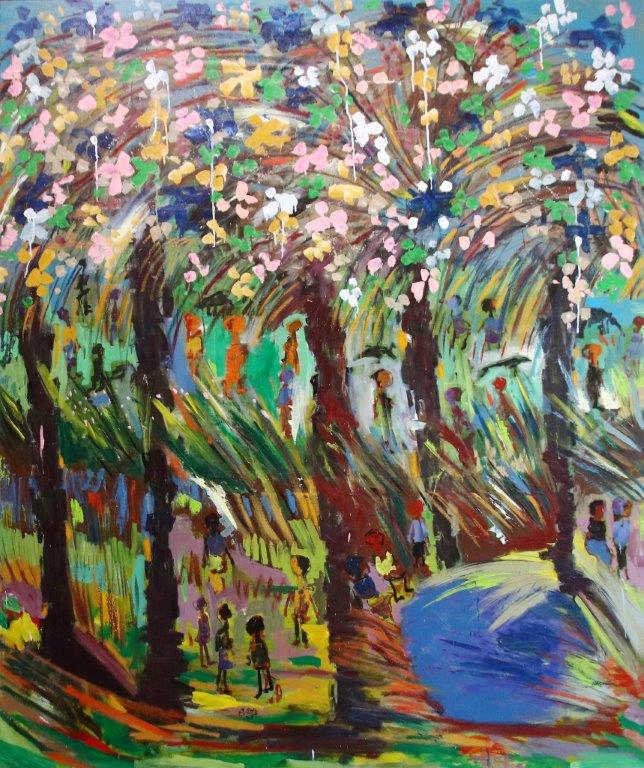 His painting practice borrows from different eras and cultures present within his rich heritage and grapples with questionings of historical entanglements and contemporary geographic dynamics. Looking at the theme of ‘Egyptian heritage’ his work includes a querying of graphic texts and visual languages, translating them into a contemporary context. Using broad brushstrokes and large swathes of colour across the picture plane, Rabie offers fragmentary clues from history and rearticulates them within the gestures of his work. This results in a strange sense of familiarity and recognition within each painting, as though recalling a forgotten story and familiar narrative.

“Since the beginning of time, nature has been the primary provider and teacher of man, and a main constituent of his evolution” Rabie muses. He has tries to study it and uncover its secrets, while becoming fascinated with the minute creatures and forces at play. He continues: “These and many more have become part of our heritage. With this collection of work, I poured all visual stock of this nature buried in my memory.”

In 2011, he won an incentive award from the University of Helwan, followed by a grant from the Ministry of Culture. His artworks have been acquired for private collections in Egypt, Dubai and can also be found in the permanent collection at the General Authority for Cultural Palaces. His paintings have been exhibited in over 15 group shows in Egypt, including the Bibliotheca Alexandrina, Cairo Opera House and the Museum of Modern Art, among others. 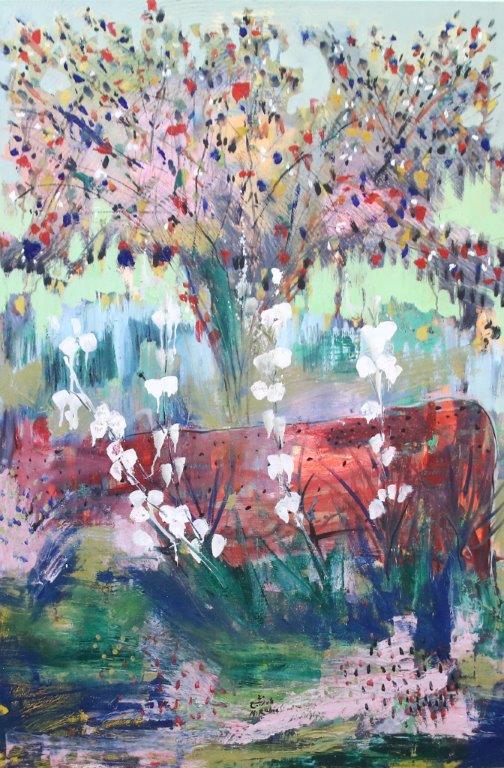 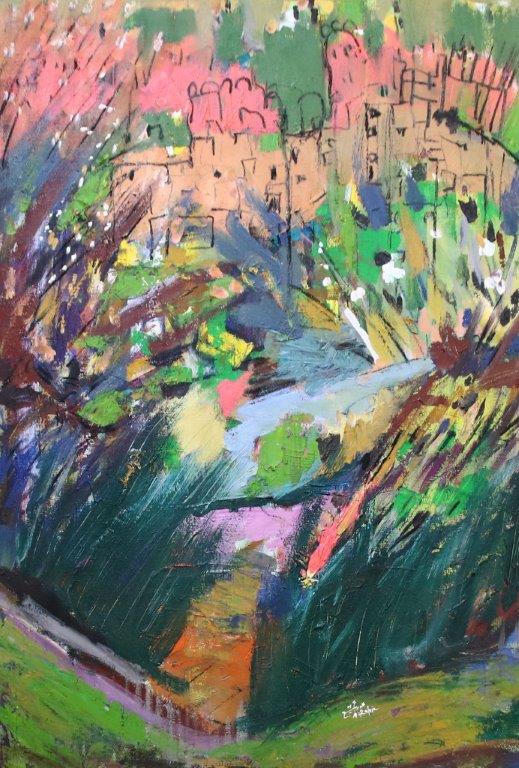