AT FEATURE: Freedom = No Fear at Eclectica Contemporary

AT FEATURE: Freedom = No Fear at Eclectica Contemporary

During the unforgettable interview with legendary singer Nina Simone in 1970, following her signature song, ‘I Wish I Knew How It Would Feel to Be Free’ , she was asked: ‘What is freedom for you?’, her unequivocally response was : ‘No fear! To be free means to have no fear!’ 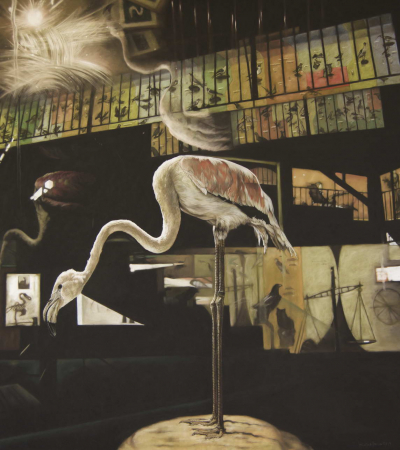 The song that became known as the “Freedom Song”, was a turning point that awakened a whole nation to the plight of black Americans, in fact; to all human of any race, gender, or colour. Such a strong inimitable performance from a woman who long suffered from domestic violence, an activist, who liberated herself from all socio-political restrictions at the time, proves that an artist or creator must have a high degree of intrepidity and courage to transcend social and political taboos. 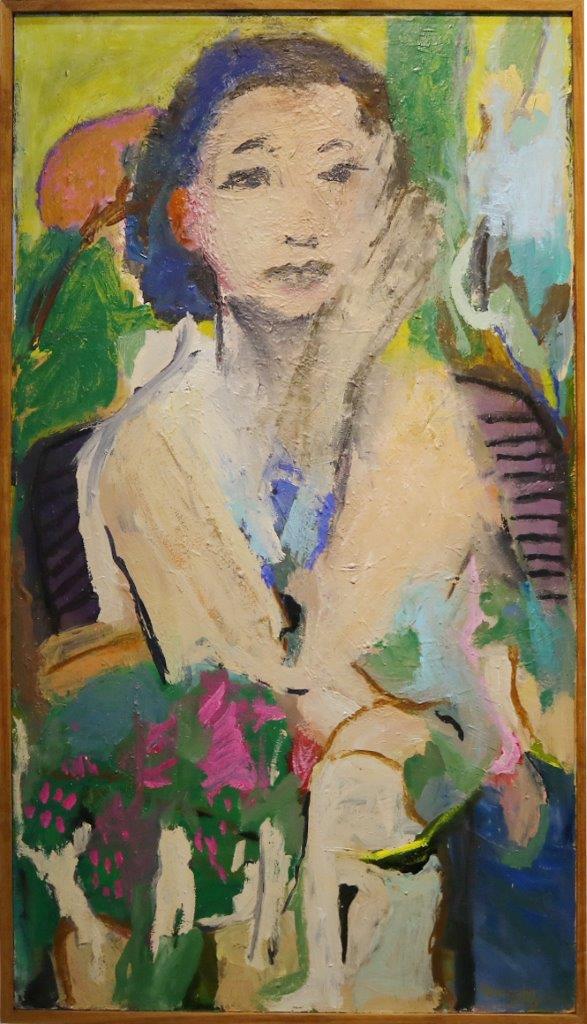 In this sense; one can never separate art from freedom since creativity necessitates free imagination that transcends endless spaces of intellectual and creative perception.
Freedom is what Egyptian artist Soad Abdelrasoul always sought; to break free from all traditional constraints that often limit women’s freedom, and from the fear that often confines their ability to express or disclose themselves freely. Women stand out in Abdelrasoul’s work, as one of the main sources of her creations. She delves into an exploration of the relationship between women, culture and society’s system of values, in her use of women’s image; she deliberately chooses not to focus on the female esthetical beauty, but rather, the issues this gender faces. Souad delivers her message through constant merging between two themes, which she believes are closely related: the concept of space and the concept of women’s place in it. Woman are often forced to evolve and grow in an oppressive environment which restricts their living space and their life choices. Her approach reconceptualizes the way we perceive space and repurposes our very notions of the female body, of nature, and the concept of liberty itself. 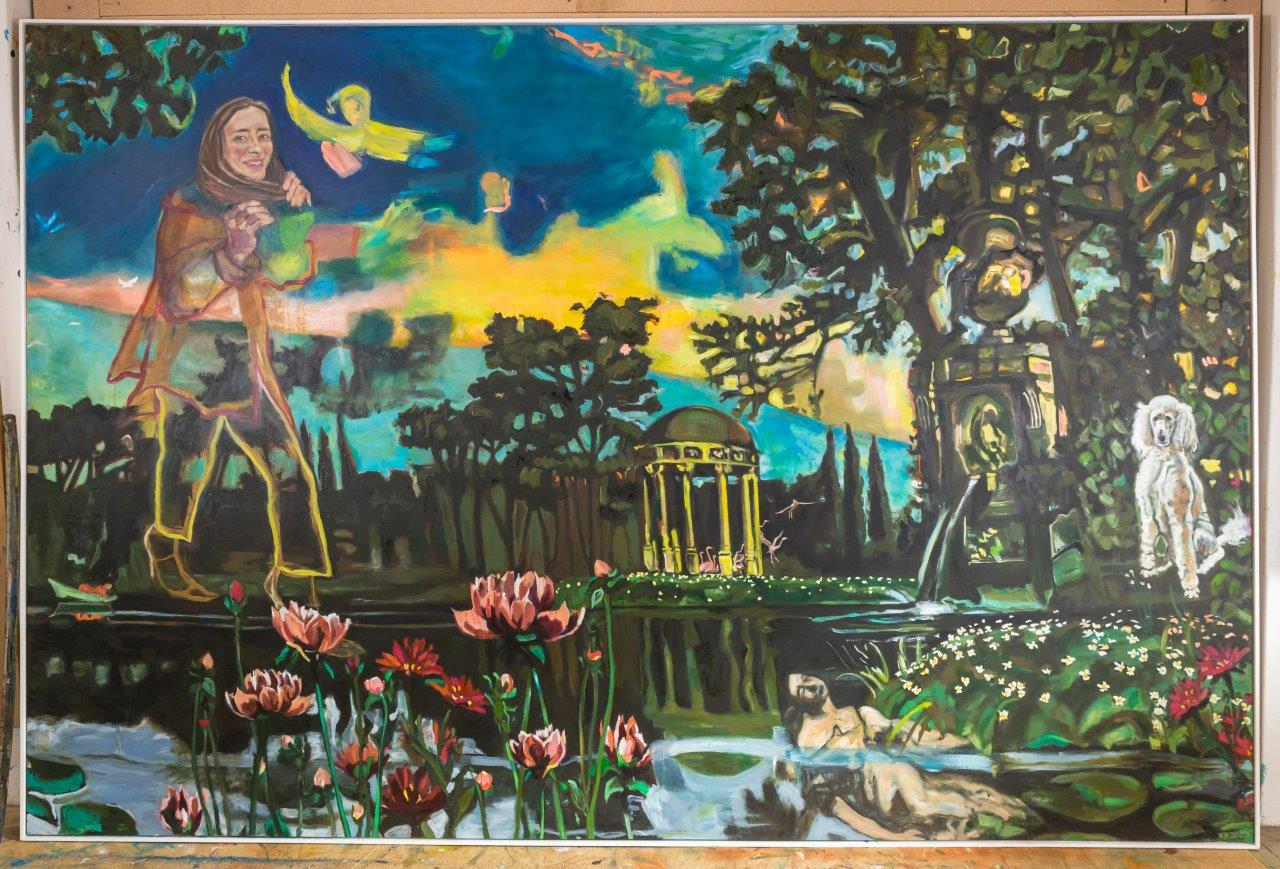 Abdelrasoul was not the first female artist that aimed for freedom in her country. Since early 20th century, Egypt has had a high number of female presence in art, even before the construction of the fine art schools in 1908. When the revolution of 1919 increased Egypt’s nationalist and feminist movements and liberty initiatives too, more women started to have more opportunities in fields predominantly male dominated such as economics, politics and
the arts. By the mid-1930s, women in Egypt were active members of the countries’ modern art movements, which influenced modern Middle Eastern and North African art. One of the first of such groups was the“Art et Liberté” movement, created by Georges Henein in 1938, and joined by Surrealist female artist Amy Nimr, and pioneer female artists Zeinab Abdel Hamid, Gazbia Sirry, Marguerite Nakhla and Inji Eflatoun, (who was only eighteen years old when she led the revolutionary part of the group). In 1942, Eflatoun, had a busy career as an activist for women’s rights, spending a few years in prison herself. 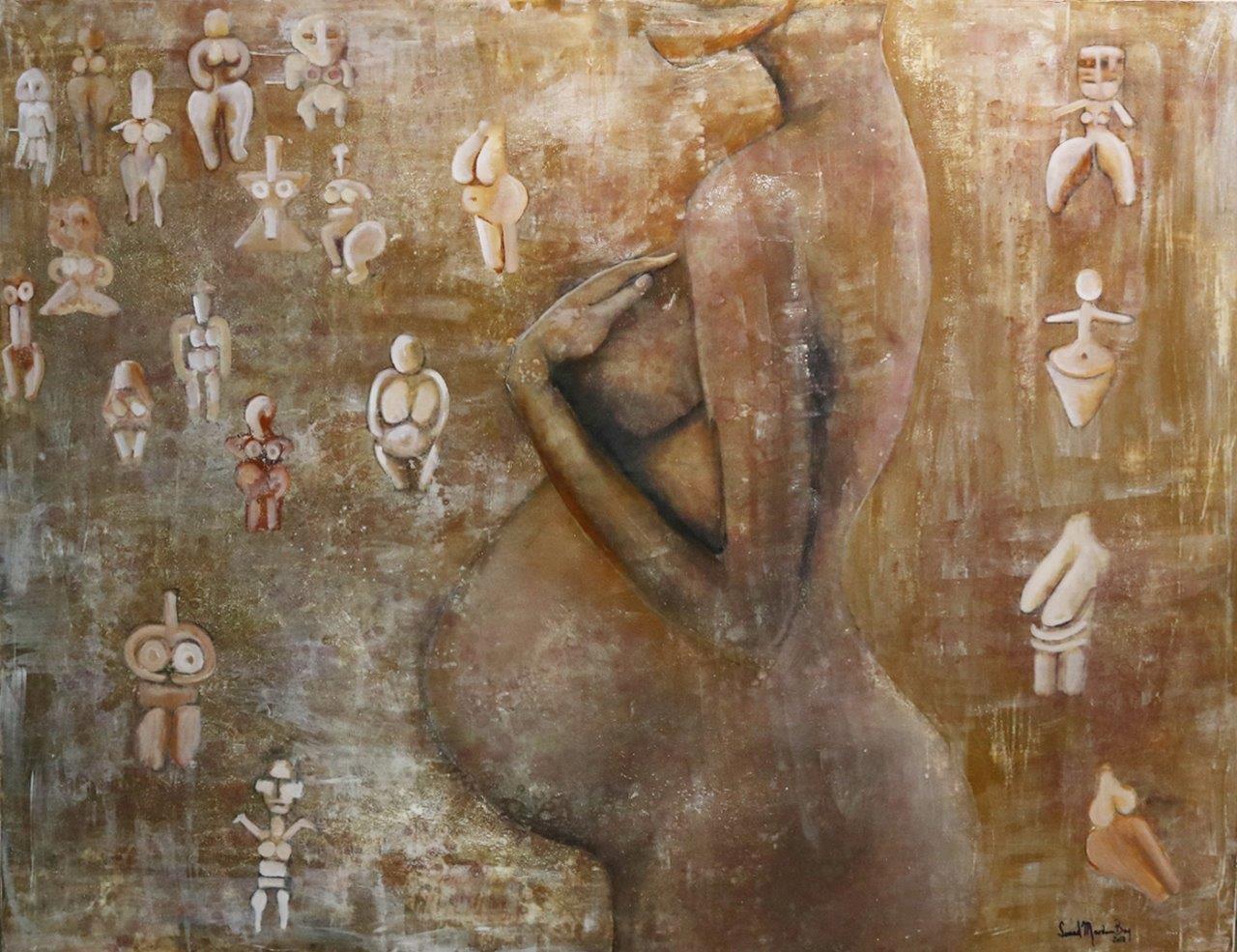 This golden area for female artists and activists lasted until the 1970s and mid-1980s, when radical islamic groups started spreading extremist ideologies and beliefs within the depth of Egypt’s society, and other North African states such as Algeria and Tunisia. These extreme nonauthentic ideologies could explain the rise and fall of women’s role in society and the arts in the region, also the Arabic Peninsula and Syria, where Souad Mardam Bey – a female contemporary artist – was born in 1960s. Her work was inspired by the cultural heritage of her historical repertoire, mixed with her imaginative depiction of contemporary observations of daily life in the Middle East, all with the complexity that come with it. Mardam Bey’s practice transcends notions of time, place, and gender, and her paintings do not appear to be from a certain time. A real sense of ethereal is imbued in her paintings, where one cannot infer whether the figure is male or female, and this brings a mysterious beauty to her characters, and emphasizes Mardam Bey’s expansive creative imagination. Her and Souaad’s art draws our attention to their deep understanding of how society unconsciously mobilizes our thought processes and leads us to dissect our perceptions of freedom.
These two female artists, each on her own path to freedom, present contradictory dialogue of multiple artistic formulations on different complex issues in our societies, embodying the core of liberty through their prominent artworks.

This curatorial project presents unique and often controversial perspectives with regards to consolidated visions of the world we live in and their rewriting in light of cultural, historical, and social developments. The need for this kind of revision has never felt so impelling and necessary as today, in the post-Covid-19 reality, for it is in times of crises that we must look at art as a way to inspire and reshape our ways of thinking about the world. 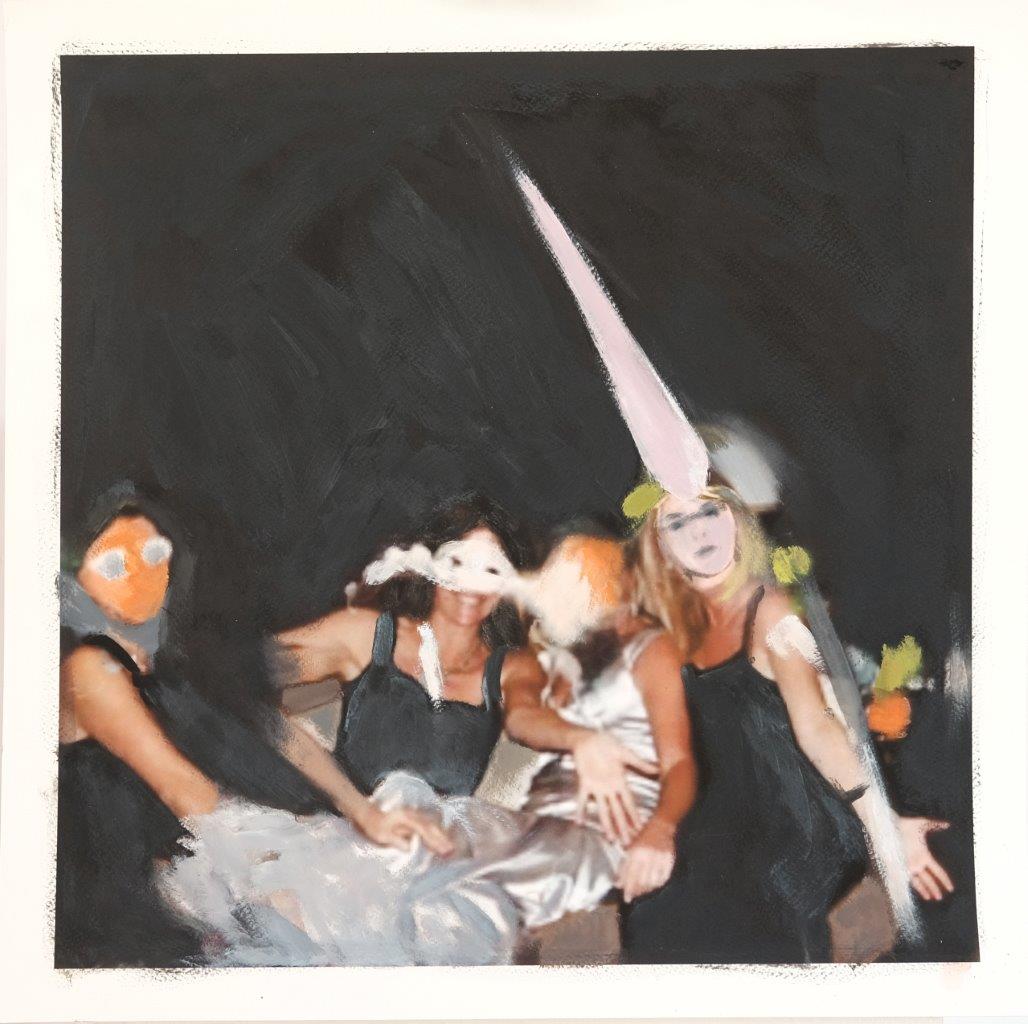 Contributing to these controversial perspectives, we have nine female artists from South Africa who share the need to highlight what it means to be a woman, and what it means to be free. These two topics are of utmost importance to the gallery since many women in South Africa can relate to feeling unsafe and restricted. Our quest is to use art as an exploration, to make these concerns and feelings known and heard. We are dedicated to creating a safe space
to do so.