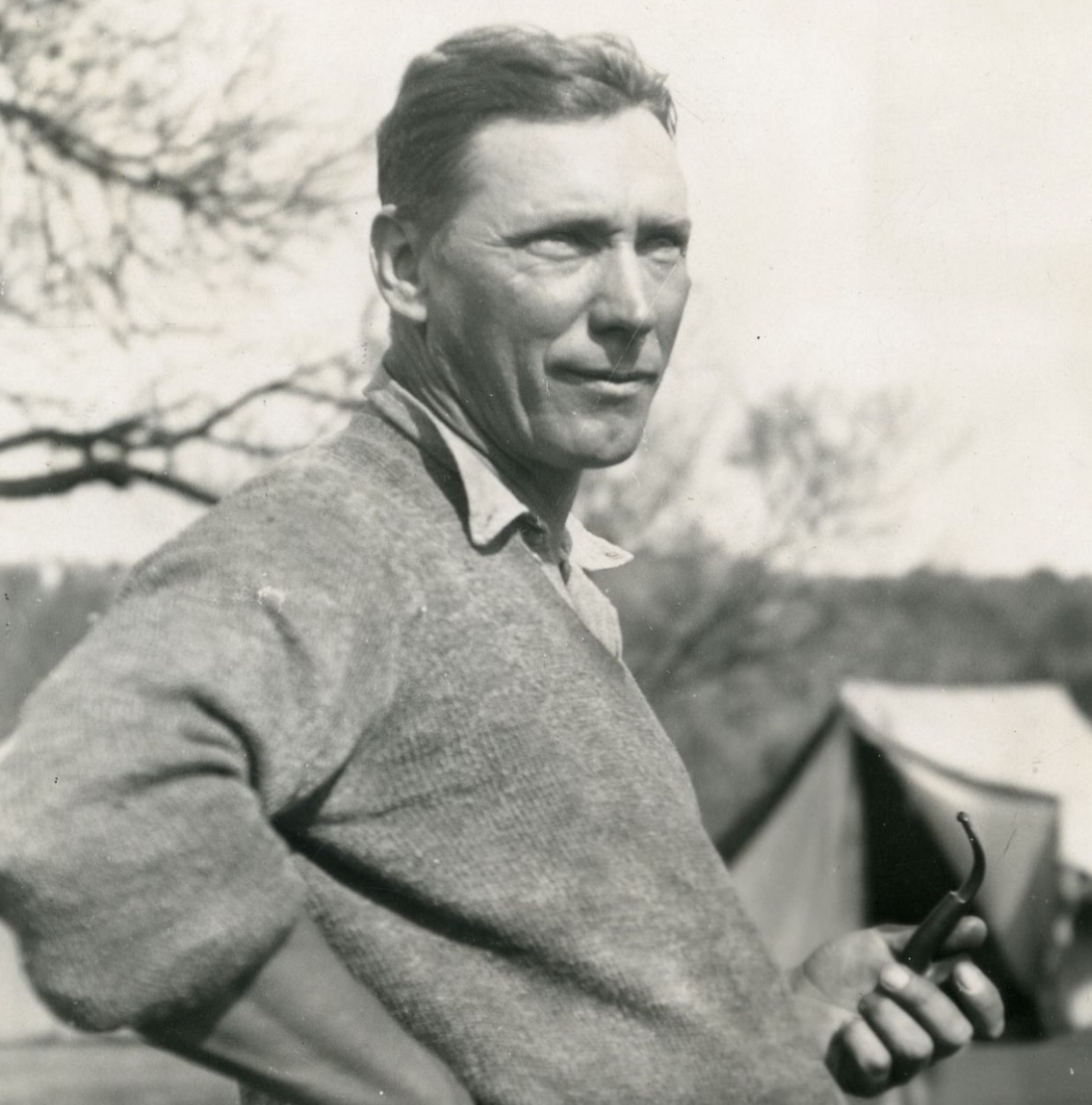 Few artists have captured the public imagination quite like the revered landscape painter and traveller J. H. Pierneef (1886-1957), whose coveted work is the subject of a single-artist auction organised by Strauss & Co on Tuesday, 12 July 2022. Comprised of etchings, linocuts, drawings, watercolours, caseins and oil paintings made between 1913 and 1955, JH Pierneef: En Route offers collectors an insight into this Pretoria-born artist’s busy travel itinerary over five decades.

“More often than not, Henk Pierneef was on the move,” says Dr. Alastair Meredith, Strauss & Co’s art department head and an expert in earlier twentieth-century South African art. “His paintings might have been refined or modernised in the studio, but he found his greatest inspiration passing through his beloved southern African landscape. Pierneef roamed far and wide. Our catalogue presents a visual journey that takes in McGregor, the Westcliff Ridge, Rooiplaat, Entabeni, the Malutis, Stellenbosch, the Soutpansberg, Pontdrif and Shingwedzi, as well as such contrasting sites as the wild Erongos, exotic Zanzibar and genteel Bruges.”

Although determined to develop as a painter, the cost and scarcity of painting materials meant that a young Pierneef worked mainly in pastel, graphite and watercolour. Willows and umbrella thorn acacias dominate his early compositions, of which the catalogue includes a representative selection. A highlight from this early period is The Lake, Rosebank, Johannesburg (estimate R100 000 – 150 000), a pastel drawing made in 1913 of the popular leisure spot of Zoo Lake in its early years. Painted in 1917, Van der Hoven’s Drift (estimate R1.4 – 1.8 million), a settlement on the Apies River in Pretoria, showcases the young artist’s confident handling of oil.

In the 1920s and 30s Pierneef added Cape mountains and coastal scenes to his repertoire of places seen and rendered. Moved by the Cape’s unique light, as well as the encircling mountains, he made a number of impressionistic plein-air paintings, including the 1921 composition Jonkershoek, Stellenbosch (estimate R350 000 – 500 000). From 1923 he also repeatedly visited Namibia, formerly South West Africa. Painted in 1936, The Close of Day, Erongo Mountains, S. W. A. (estimate R2 – 3 million) depicts a well-known landmark in Namibia in thin layers of mauve, grey and purple. Acquired from the artist by the influential Schweikherdt family and subsequently reproduced as a print, the painting is one of Pierneef’s most iconic landscape scenes

As is to be expected, JH Pierneef: En Route also includes a fine selection of the artist’s majestic bushveld scenes, of which the late work from 1955, Shingwedzi, Kruger Wildtuin (estimate R1.5 – 2 million) is a fine example. Pierneef’s many boat trips to Europe, some via the Indian Ocean route, also enabled him to render scenes beyond Southern Africa, including the Tanzanian archipelago of Zanzibar and Belgium town of Bruges.

“Pierneef’s search for natural harmony, his knack for neat design, his flair for monumental drama, and his pleasure in exquisite colouring, made him a distinctive landscapist, a modernist master, and a deeply cherished icon,” says Meredith, whose detailed notes also enliven the extensive e-catalogue supporting JH Pierneef: En Route. The live virtual sale will be held in Johannesburg on Tuesday, 12 July 2022.

Are you thinking of selling your Pierneef work? Do you own a work by a contemporary artist inspired by Pierneef? Strauss & Co’s specialists are currently consigning works of modern and contemporary art for its spring calendar of auctions in the second-half of 2022.

Jacob Hendrik Pierneef, born on the Highveld in 1886, is perhaps South Africa’s most iconic landscape painter. Having developed an unmistakable and economical aesthetic during the first half of the twentieth century, his pictures, whether described as startlingly beautiful, willingly experimental, nostalgic, or gently monumental, are familiar to generations of South Africans. Enormously prolific, the artist was equally comfortable working in oils, gouache, watercolour, and casein, while the prints he produced, both linocuts and etchings, remain as influential as they are collectable.

It goes without saying that Pierneef has attracted the attention of eminent art historians and critics; thanks to the emotive charge of his pictures, and the historical context in which they were produced, his career has been widely discussed in socio-political terms too. A recent, major retrospective at the Standard Bank Gallery – curated by Strauss & Co’s Wilhelm van Rensburg – has shed new light on the artist’s imagination, range, and decorative appeal, and sealed his position as one of the country’s masters. 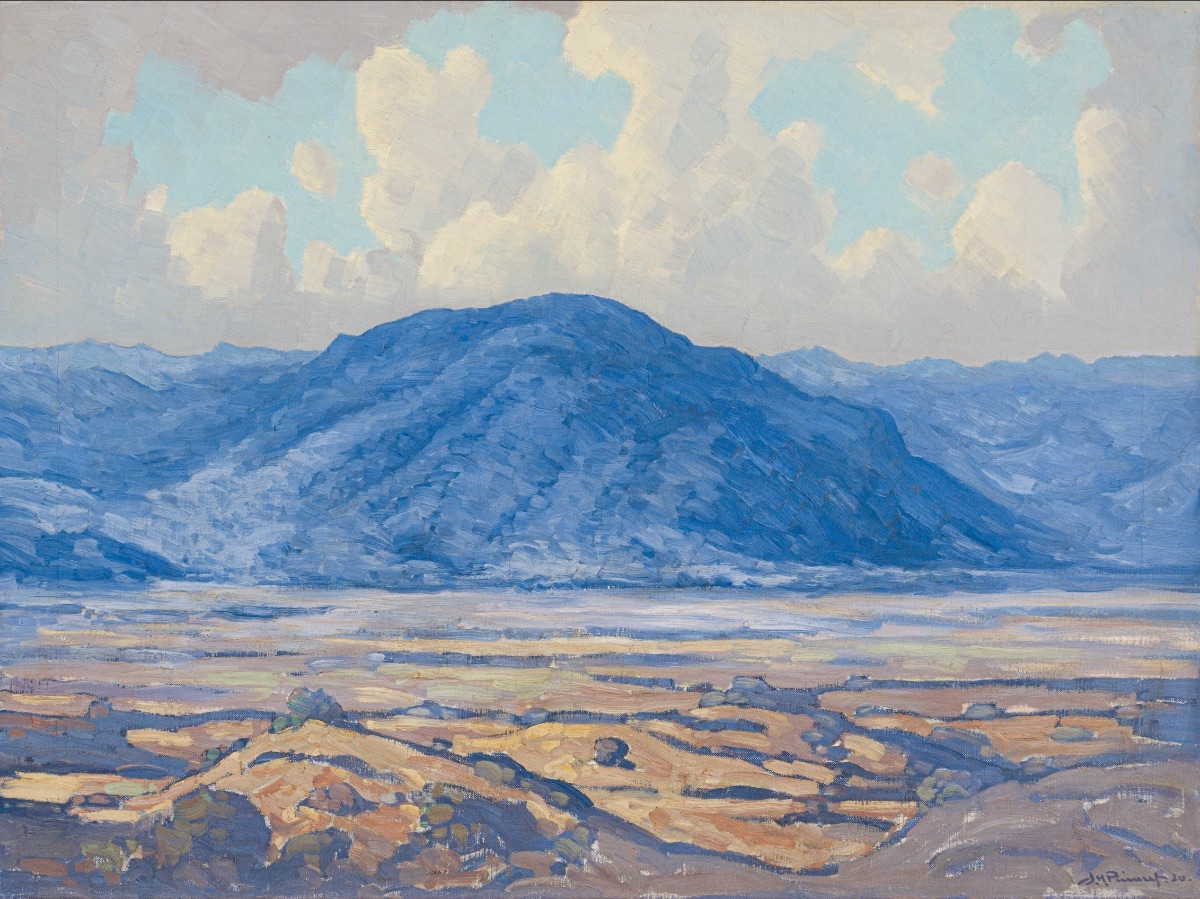 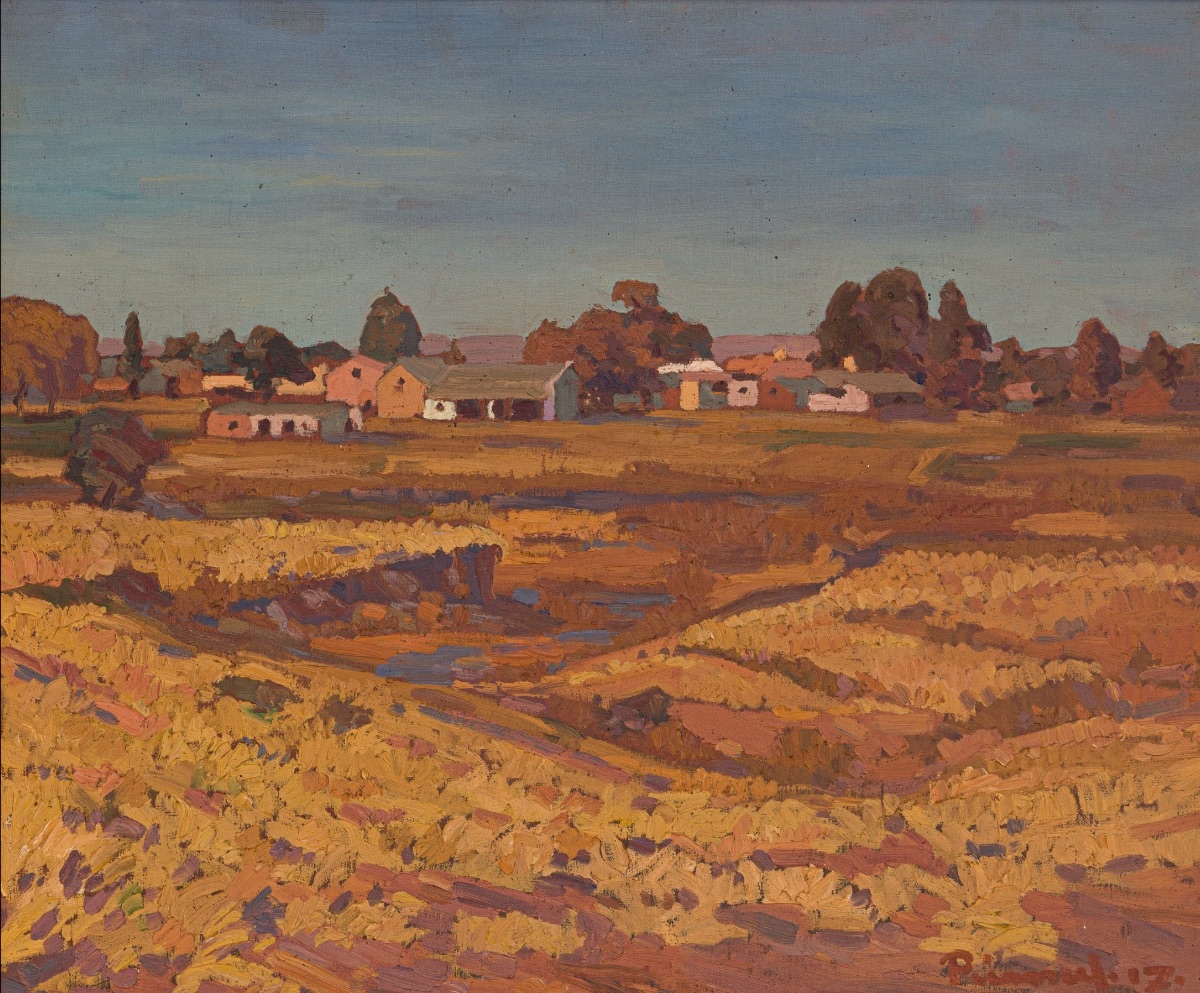 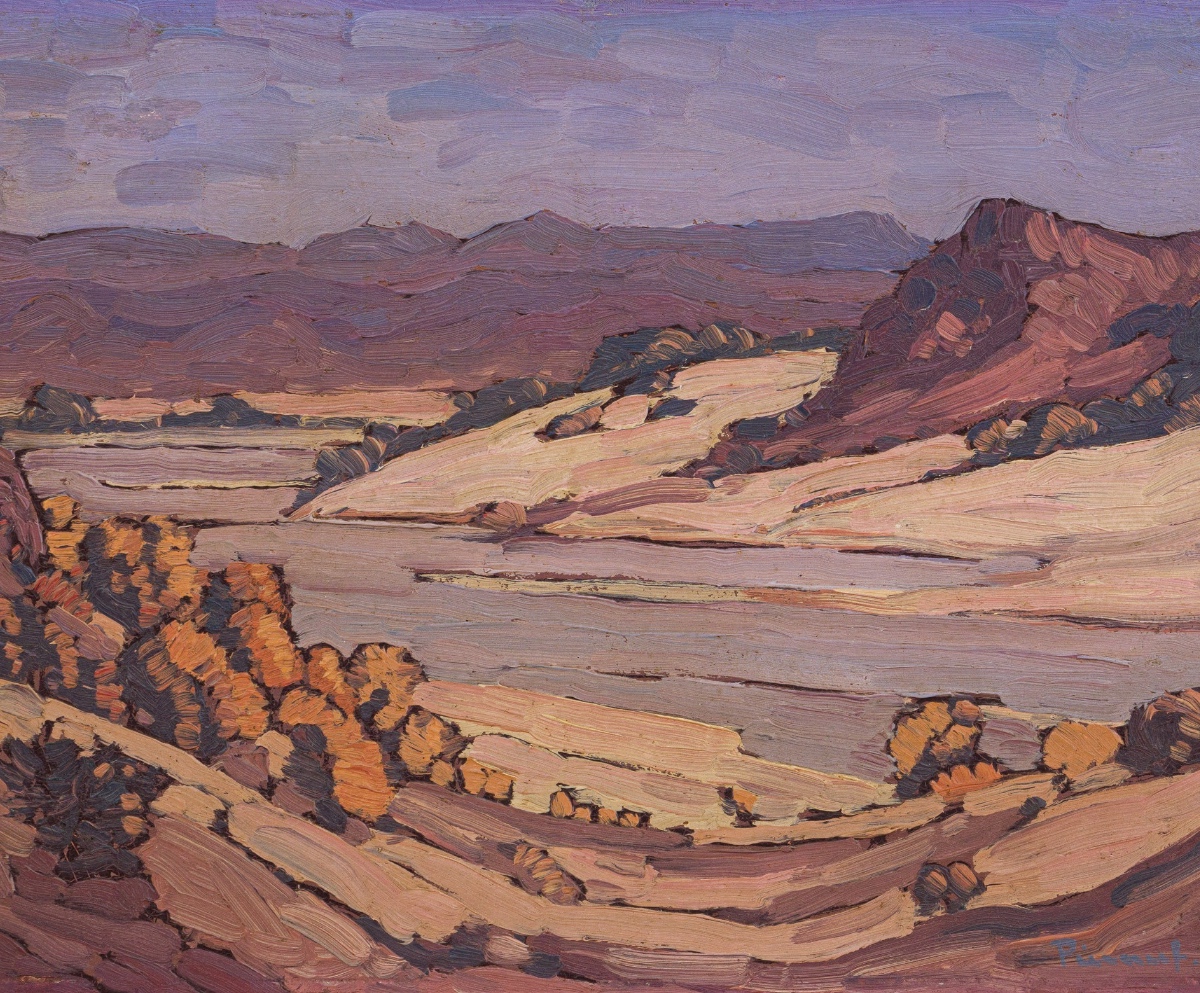 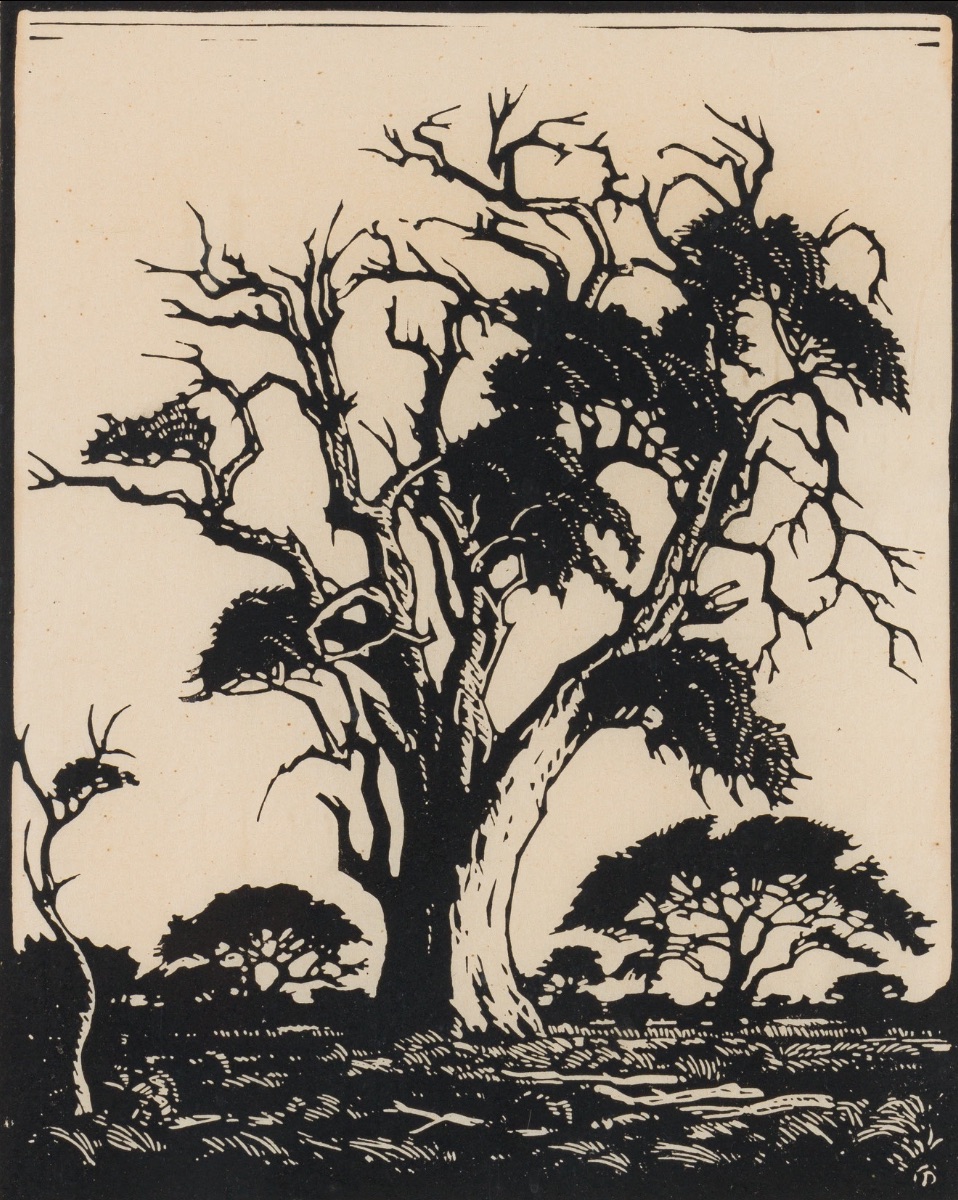