Noria Mabasa is one of South Africa’s most important sculptors, as well as one of the most important surviving artists from a tradition that goes back to the beginnings of our society. Her work serves very important social, religious and imaginative functions in her own community, and through its existence as fine art, serves to elevate South African visual culture and heritage as well. At 84 years old, she is still active and has an incredible body of work behind her. She Is nothing short of a national treasure. 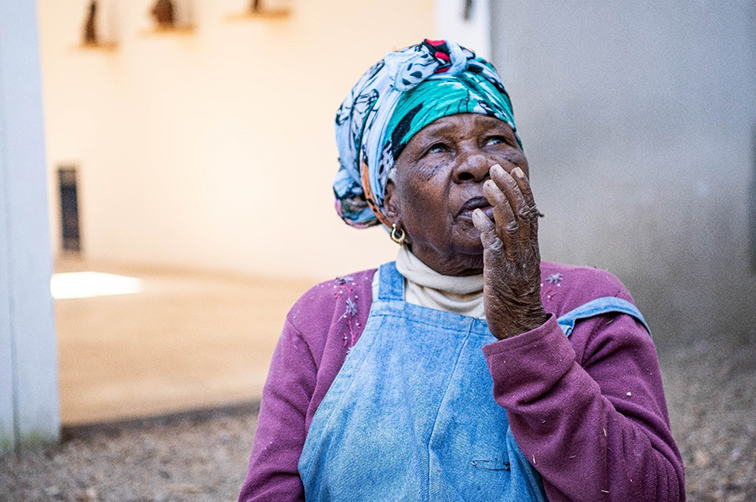 Noria Mabasa: Shaping Dreams is a programme comprised of a working residency, a series of workshops with learners of different ages, and an exhibition in the Residency Studio of 38 pre-existing works in both clay and wood, produced between 2004 and 2022. The programme is being held in collaboration with !KAURU Contemporary Art from Africa and the Vhutsila Arts and Craft Centre and the Nirox Foundation, and is supported by the Department of Arts and Culture. It forms the first-leg of an ongoing project that will culminate in a larger exhibition at the Villa-Legodi Centre for Sculpture (currently under construction at NIROX) later this year. The first iteration opened to the public on Sunday, 28 May, the first time in which the artist has spoken publically about her work in over a decade. The public opening was attended by the Department’s Chief Director, Mr Charles Mabaso, and was accompanied by a discussion between Noria Mabasa and Tale Motsepe, a walkabout with the artist, followed by a discussion between Nontobeko Ntombela and Sven Christian, the exhibition’s curator. 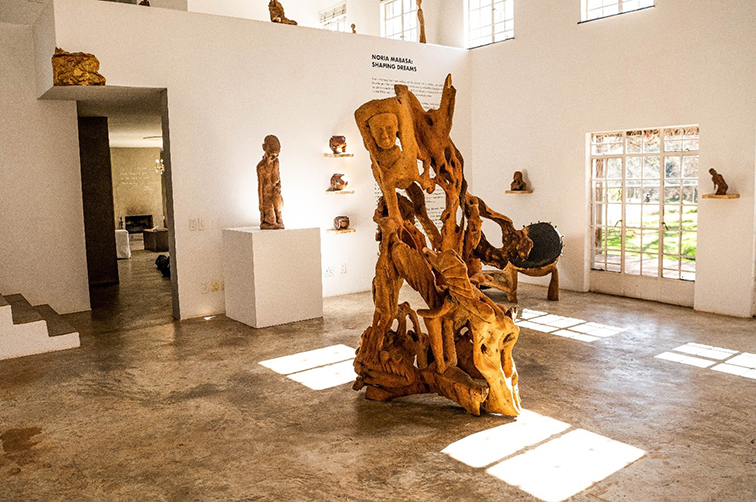 Noria Mabasa has been making art for almost half a century, yet public knowledge of her work is still very limited, framed by a handful of people who sought to revise the exclusionary nature of South Africa’s institutions in the mid-to-late 1980s and integrate her work into the commercial sphere. In 1985, when her art was included in the exhibition Tributaries, it was categorised as ‘rural transitional,’ a framework that, according to academic and curator Dr. Same Mdluli, has had a lasting impact on the reception of her work. Unable to grasp the full complexity of her practice, yet eager to find a home for it within the canon of South African art, the term ‘transitional’ applied to works that did not fit neatly into pre-existing categories such as ‘traditional’ or ‘modern’, but were thought to occupy a liminal zone between the two. Similarly, the term ‘rural’ — which is often associated with tradition (and therefore, the past) — presented a romanticised view of her work, untainted by the world at large or the passage of time. Framed through a Eurocentric lens, such categories have led to a variety of misconceptions. Amongst these is the understanding that she began making clay figures for the Domba initiation ceremonies, as opposed to making works that were later used in them, and that she began carving in wood because of Nelson Mukhuba, implying that the impetus came from him rather than of her own creativity, thus undermining her subversive decision to carve in a medium that had been the exclusive domain of men, as pointed out by art historian Sandra Klopper. 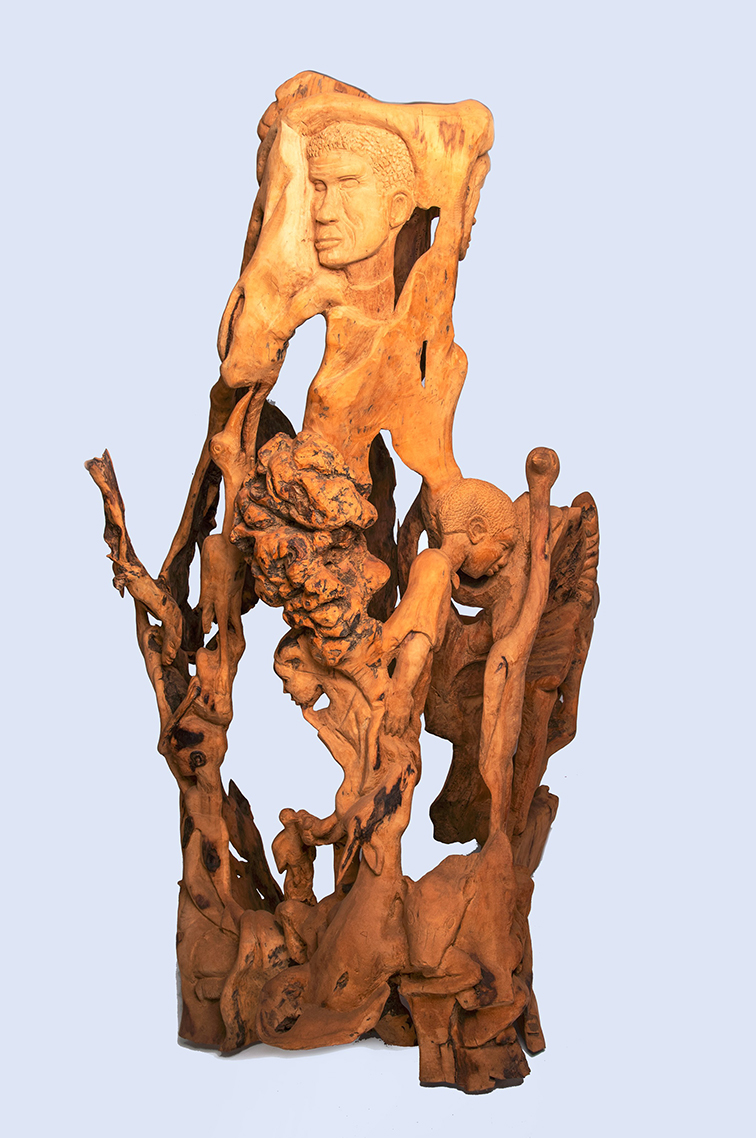 Other readings tend to emphasise the artist’s ethnicity and the mythological associations of her practice at the expense of her everyday lived experience. Instead of attributing the place of crocodiles in her work to their mythological resonance, for example, Mabasa tells the story of how her granddaughter narrowly escaped the clutches of a large crocodile, and how she was witness to a man being pulled under by another, surfacing moments later while still being held in the reptile’s jaws. Such stories open up a complex world of different interpretations that help to ground readings of the artist’s practice in the everyday. To this end, the current exhibition Shaping Dreams asks what assumptions we bring to the work of Noria Mabasa, questioning the extent to which our knowledge is informed by things that have little to do with the artist. Its title acknowledges the artist’s dreams as a source of inspiration, emphasising her hand in the work’s making, her role as a mentor, and her determination to carve out a place for herself in an otherwise hostile world. At the same time, it asks that we question our own myth-making processes, and provides an opportunity to let the artist and her work speak for themselves.

Shaping Dreams’ is held in collaboration with !KAURU Contemporary Art from Africa and the Vhutsila Arts and Craft Centre, and is generously supported by the Department of Arts and Culture. Accompanied by a residency, the exhibition forms the first leg of an ongoing project that will culminate in a large showcase of pre-existing works and new works (produced during her residency) at the Villa-Legodi Centre for Sculpture at Nirox later this year.

The programme is a collaboration between, Kauru African Contemporary Art from Africa, Nirox Foundation and Vhutsila Arts and Crafts.