The Prince Albert Gallery will be celebrating the paintings and prints of Diane Johnson-Ackerman in a solo exhibition from 31 March – 2 May 2021. 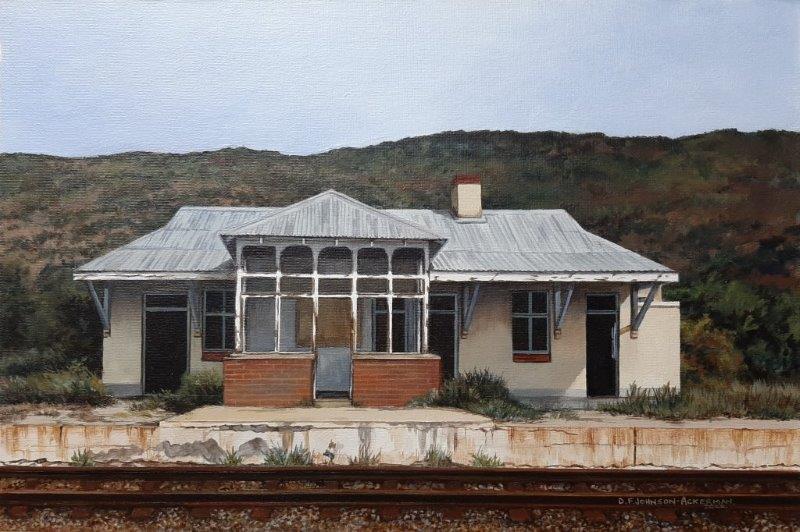 Diane studied under Prof Brian Bradshaw at Rhodes University and exhibited with the Grahamstown Group. She has worked consistently and prolifically since graduating in 1973, participating in many shows, including the Stellenbosch Woordfees, the KKNK and South African Society of Artists exhibitions. Diane has completed important commissions including a series of paintings of historical buildings related to the University of Stellenbosch Faculty of AgriSciences, centenary celebrations during 2018.

Diane Johnson-Ackerman is a painter and printmaker of extraordinary technical ability and draftsmanship. Her etchings (a notoriously difficult medium) are flawlessly executed.

Diane’s work has always attracted me because of its quiet Romanticism, its mysterious and sometimes disquieting atmosphere. Romanticism is a label that has often been abused because it has been associated with the term sentimentality. Diane’s is all but sentimental and has a quality which is more easily detected in the visual arts than defined. It is not a style but an attitude of the mind.

Romanticism has to do with the choice of subject matter. It reflects a general tenor of feeling and a spiritual engagement. There is an element of nostalgia and yearning, of the passing of time and human frailty, in these beautiful works. The uninhabited houses, buildings and empty chairs in Diane’s work evoke a particular presence, a past, a life.

She creates this mood largely by a masterful use of light and shade. “I love the mystery of shadows within Karoo buildings, contrasting with the clarity of the light outside”, she always says. “I love simplicity, cleanliness, detail and definition, mood is an integral part of my message, done through tonal contrast in light and shade”.

Trees are also a favourite theme, once again not merely accurate botanically but reflecting her love of trees. This stems from a lifetime of living and working in close proximity to nature and in particular the forests of the Mpumalanga Escarpment and the Midlands of KwaZulu-Natal.

Diane and her husband Pierre live in Somerset West but have a home in Prince Albert where they spend much of their time. Diane has a deep love and understanding of the Karoo and captures its unique atmosphere.
Diane has been exhibiting at the Prince Albert Gallery for many years and this solo exhibition will be a unique opportunity to see her work. 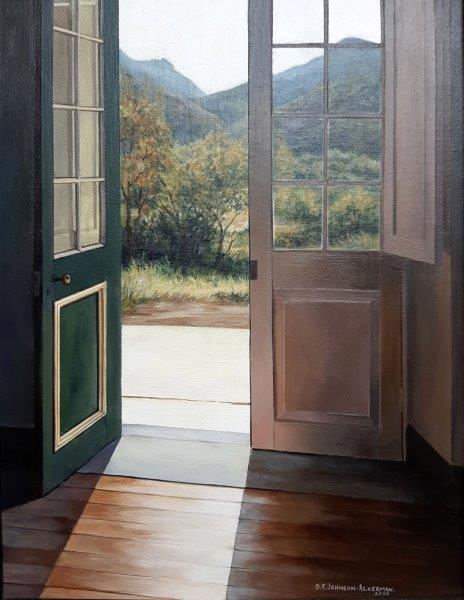 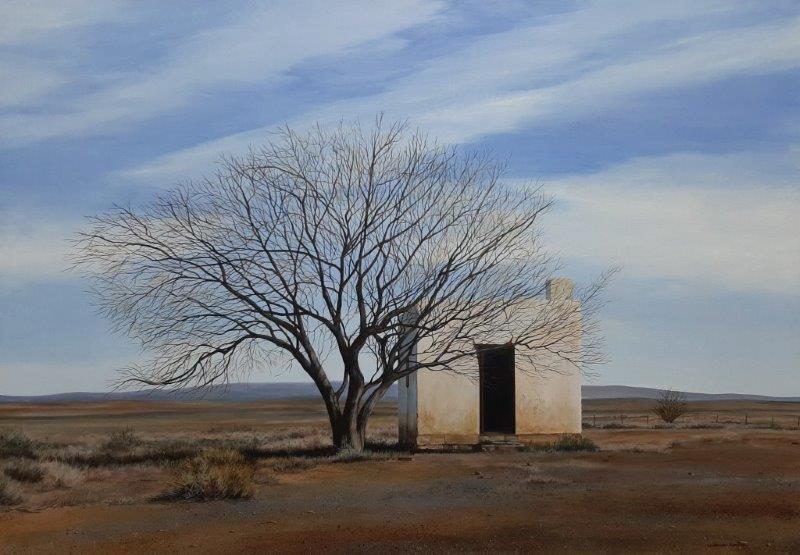 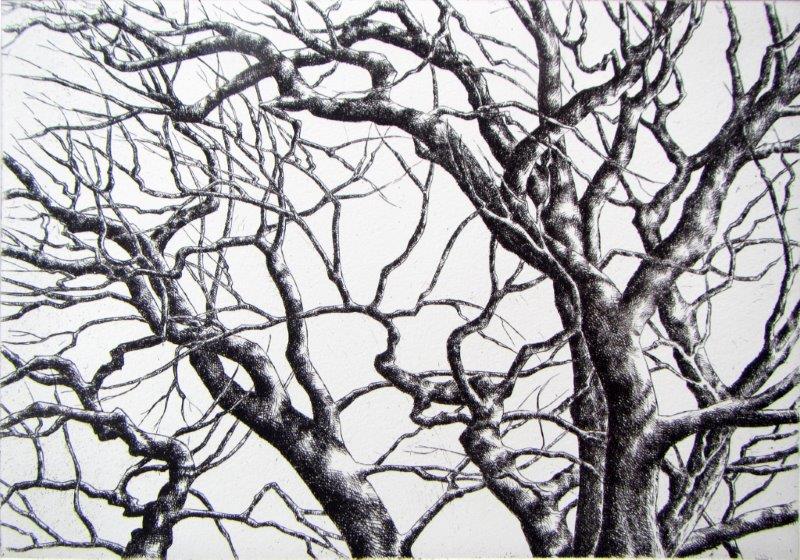 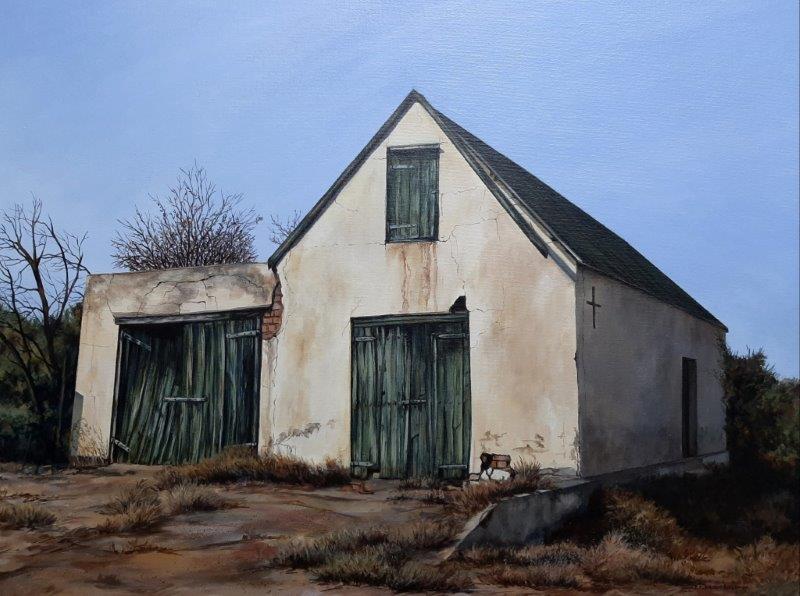 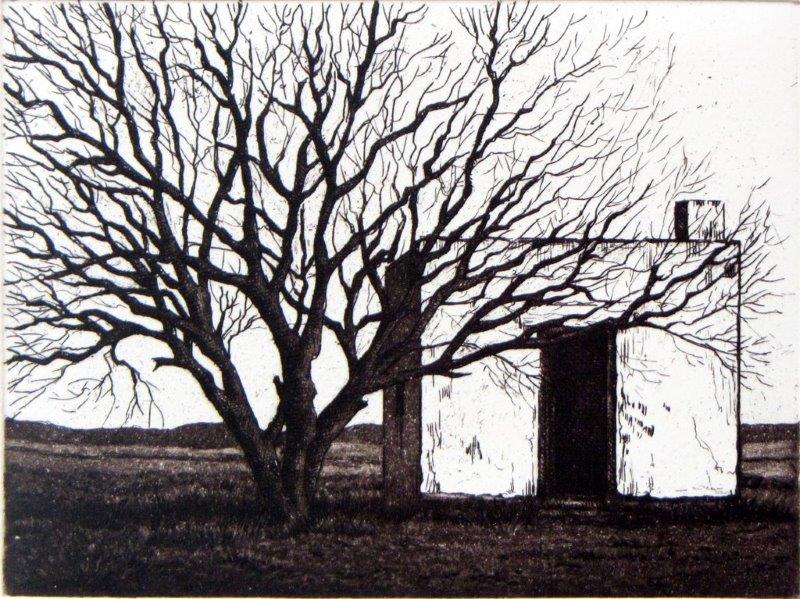