There is something undeniably special about an anniversary – a moment caught amongst the mechanical triggering of reflection and existential engagement.

It’s fair to say, however, that this reflection is largely rooted in the distinct nature of one’s sentiment and nostalgia; those pillars which carry the vestiges, memories, and remnants of one’s high points, low points, and everything in between. Of cause and effect, none of these epochs are more visceral than that of the so-called hallmark anniversaries – 10 years, 15, 20, and so on. Generally, and, under the institution of marriage, each of these milestones are bestowed with a specific designation and colloquial moniker – tin, crystal, porcelain, and so it goes. 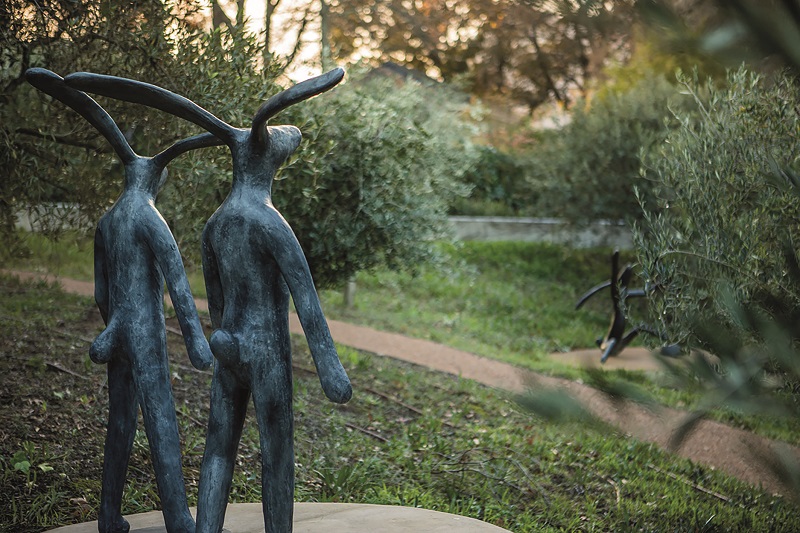 With the metaphorical marriage between IS Art Stellenbosch and the Tokara Estate – through its pioneering Sculpture Garden – now celebrating its 10th year of existence, its “tin-anniversary” is upon it. When considering the popular culture surrounding this anniversary, it is said that one commonly celebrates and commemorates the tenets of both durability and pliability. It signifies that whilst something may be malleable and subject to change, it can nevertheless remain resolute – that it can be bent, but not broken. It goes without saying that in the past 10-years, if not for anything else, the Sculpture Garden has come to signify just that: a perpetually growing and changing vision, yet one that has remained a stoic and steadfast backbone of contemporary, fine-art sculpture within the Cape Winelands, and moreover, the country. To this end, from its ground-breaking inception, the Sculpture Garden has gone from strength to venerable strength, cementing itself as a relentless force of modern art and haven to countless of South Africa’s foremost sculptors and their works. Accordingly, the Sculpture Garden can also be seen to embody the notion of lieu de mémoire, which, similarly to an anniversary, is an appreciation for that which has by human will or the workings of time become a symbol of heritage, or community – the Sculpture Garden of course representing this for its artists and their patrons. 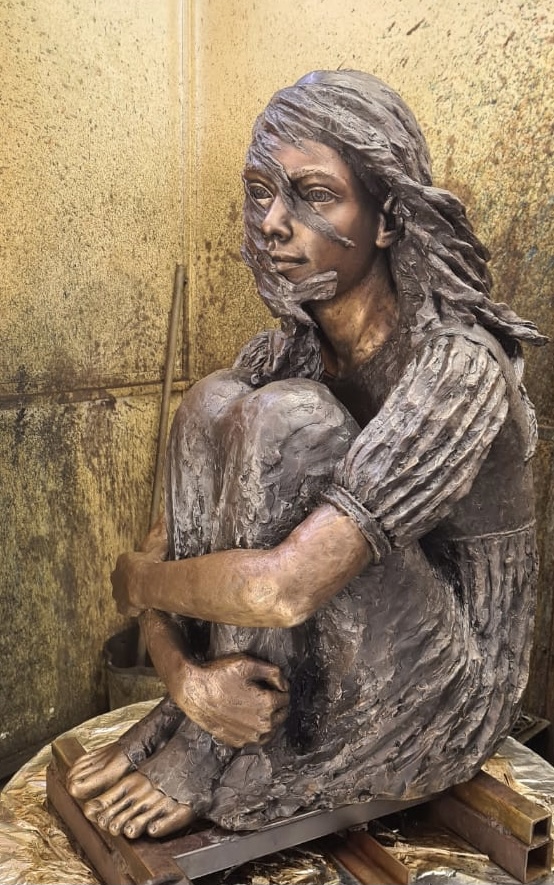 At its inauguration, Dr. Stella Viljoen penned a preface to the initial Sculpture Garden catalogue titled, “Paradise Lost, a Garden Gained”, wherein she postulated the Sculpture Garden akin to that of the Garden of Eden. In her exposition, she proceeded to revel at how the Garden of Eden – together with the greater concept of “the garden” – may be seen as our first habitat and perhaps the most natural of them all. Further to this, she cast light upon how our modern, fast-paced, and metropolitan society has created a gaping divide between our existence and these lush, tranquil, and harmonious sanctuaries from which we came. Dr Viljoen’s articulation can be taken further, however, in that not only does the garden signify one of humanity’s most primal habitats, it also portrays an environment intertwined with the naturalistic appreciation and exposition of sculpture, and moreover, the pursuit of raw artistic expression. For as long as there has been an appreciation for the aesthetic, gardens have always come to signify sanctuaries for the resonant beauty which ebbs and flows through nature, and those who attempt to distill it. It follows that this synergy between the garden and the artist has been an institution from time immemorial, and as far back as Dante Alighieri – when reflecting upon the Garden of Eden – his Divine Comedy spoke of: “Those ancients who in poetry presented the golden age, who sang its happy state, perhaps in their Parnassus, dreamt this place. Here, mankind’s root was innocent, and here were every fruit and never-ending spring; these streams – the nectar of which poets sing.” 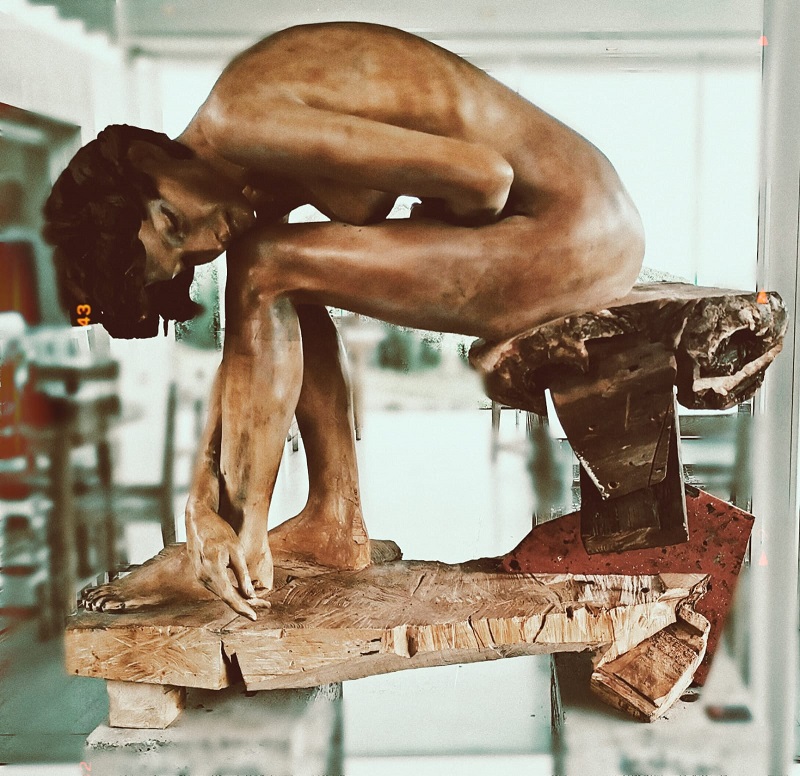 As one does on any anniversary, or moment of reflection, especially one as archetypal as that of the 10-year anniversary, the Sculpture Garden presents an exhibition of its most time-honoured artists, that have not only become synonymous with being the apex of contemporary sculpture in South Africa, but with the Sculpture Garden itself. From the brooding, poetic and lyrical manifestations of Sarel Petrus, Jacques Dhont, and Kobus La Grange, to the playful and whimsical works of Marieke Prinsloo-Rowe, Wilma Cruise, and Isabel Mertz, the Sculpture Garden brings together a number of artists that have come to define their respective genres of contemporary sculpture and creative expression, including further Conrad Hicks, David Brown, Egon Tania, Etienne de Kock, Guy du Toit, Ian Redelinghuys, Ruhan Janse van Vuuren and Strijdom van der Merwe – all far from needing any introduction. As the adage goes, time gifted must always be celebrated – at every opportunity. With its 10-year anniversary, the Sculpture Garden aims to do just that, and more – not only celebrating what has been but keeping focus firmly on what is to come. A toast to curating world-class contemporary sculpture, and to IS Art and Tokara, who will invariably persist in lovingly growing and grooming its garden, for many years to come. 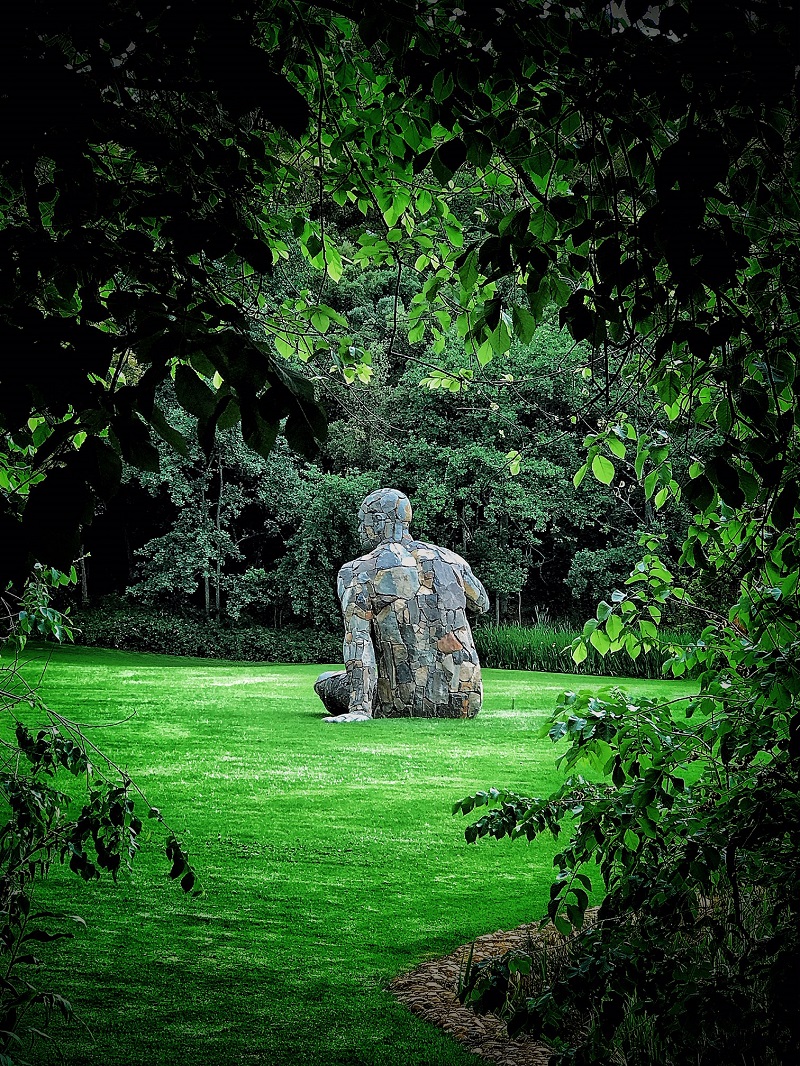 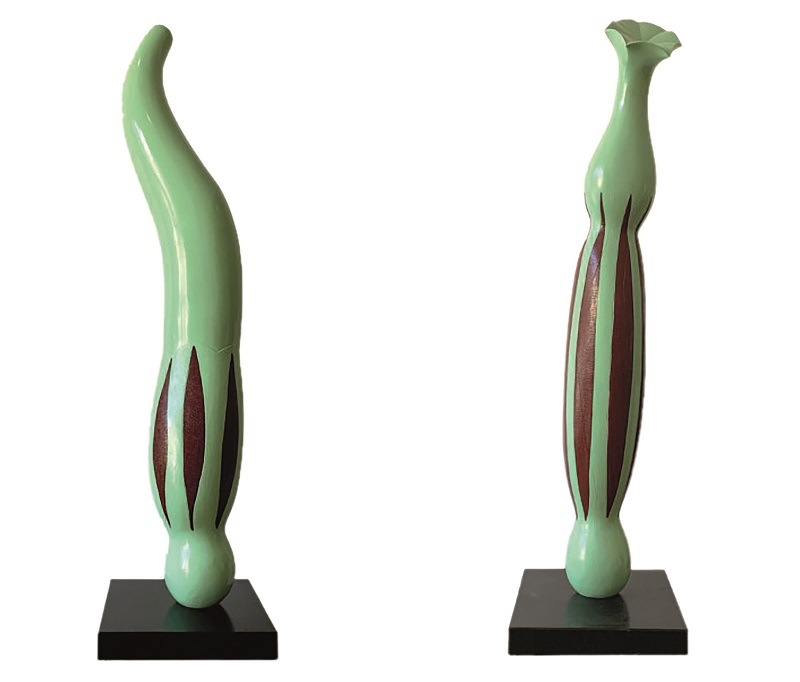 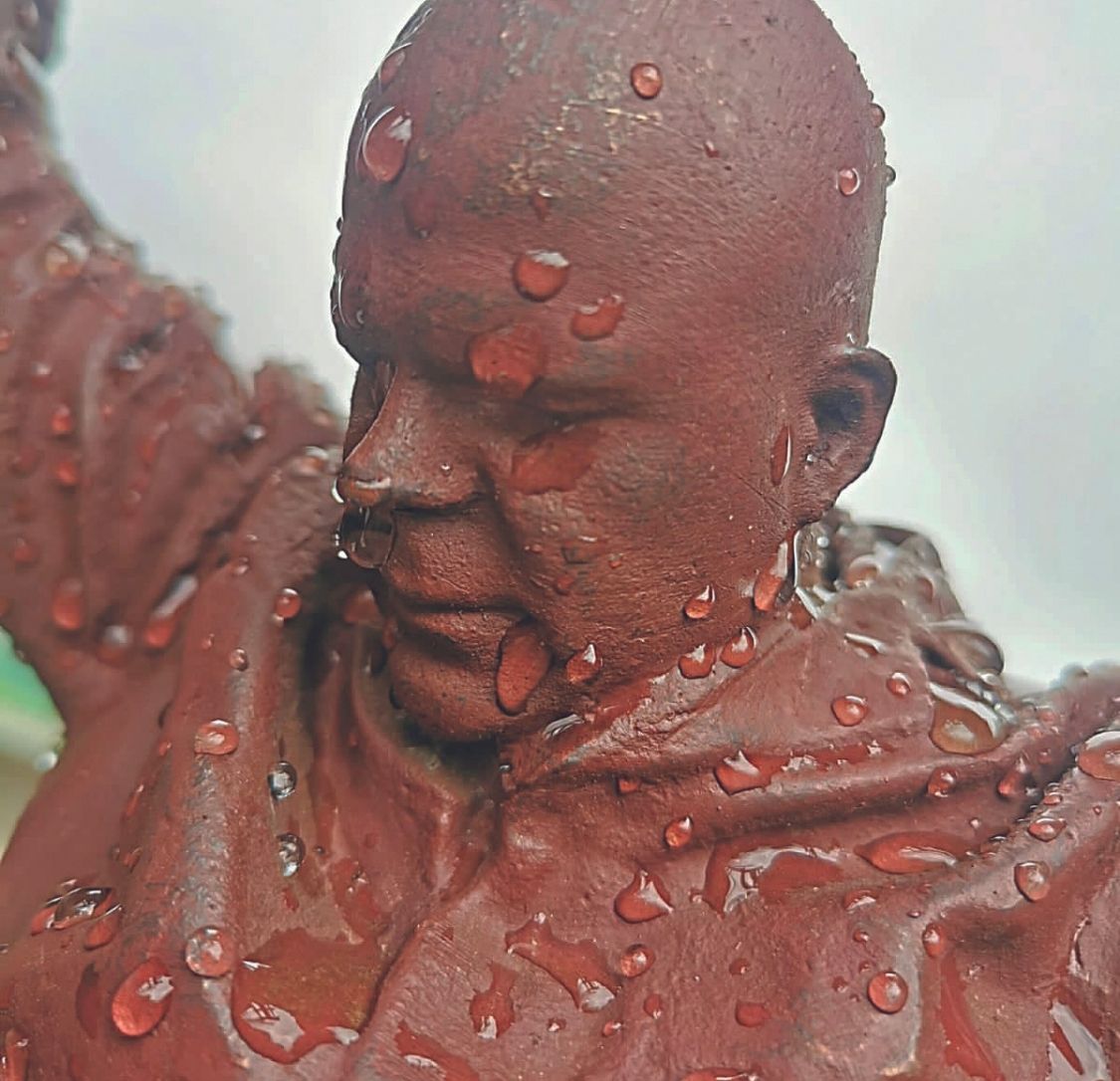 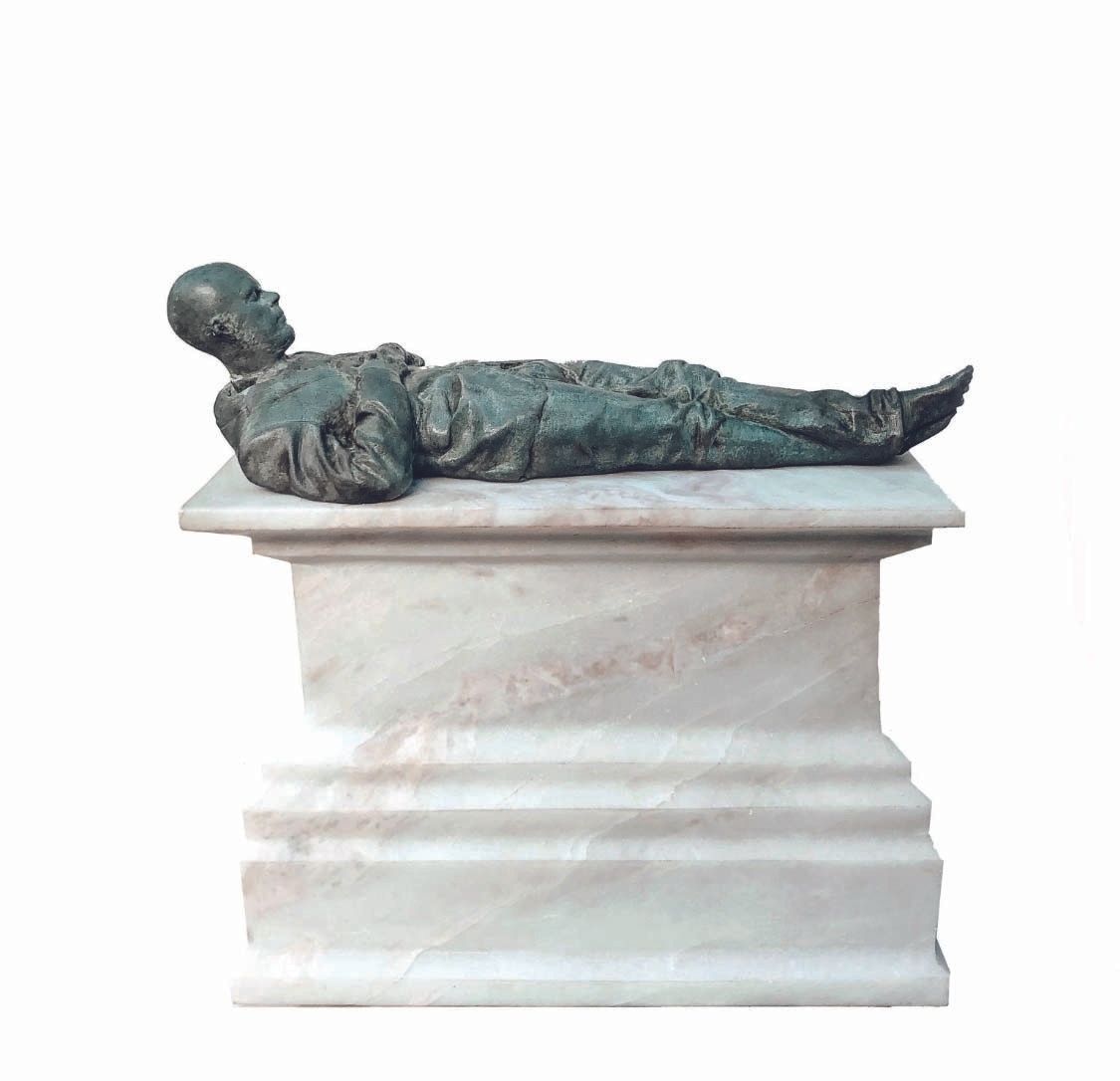