The artist known simply as FRINGE completed a year-long rollout of prints in May. He released a print a month – twelve in total – in his conceptual Facsimile series that reflected with pop iconography on family values, isolation and art practice in the time of the Covid pandemic. 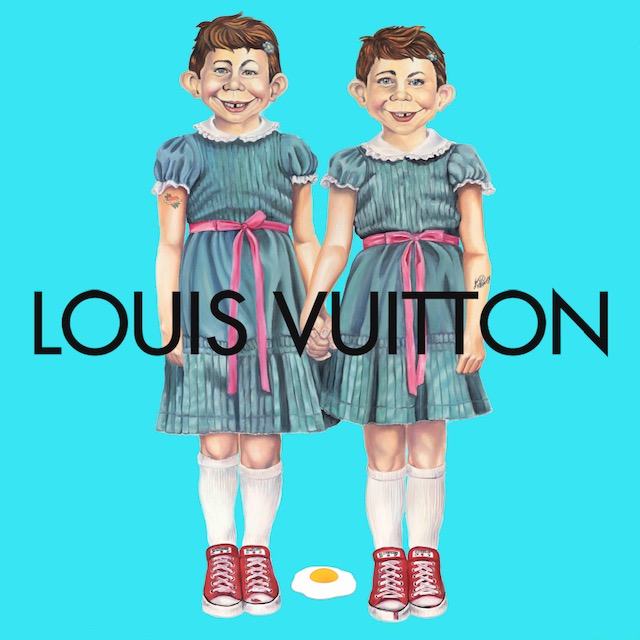 The irony of using the age-old fax as a springboard for making messages to humanity opened a universe of possibility. What does an anonymous, cult figure like FRINGE have to say, in a time of lockdown, about a life-experienced in confinement? Perhaps, through his eyes we can learn something, given that he spends all of his time creating in total isolation anyway.

The fried eggs, Warholesque bananas and sprayed hearts, that adorn the Facsimile series, illustrate the texts’ overriding conclusion that family values, artistic pursuits and individualistic loves are the keys to a happy marriage – with oneself.

In the five years that Fringe has been practicing under his pseudonym he has seen a remarkable rise in fortune and reputation. Three sold-out solo exhibitions later, at the Daville Baillie Gallery in Lorentzville Johannesburg, he is exhibited in Europe with galleries in Berlin, Paris and London. His ironic pop pastiches seem to defy locality. 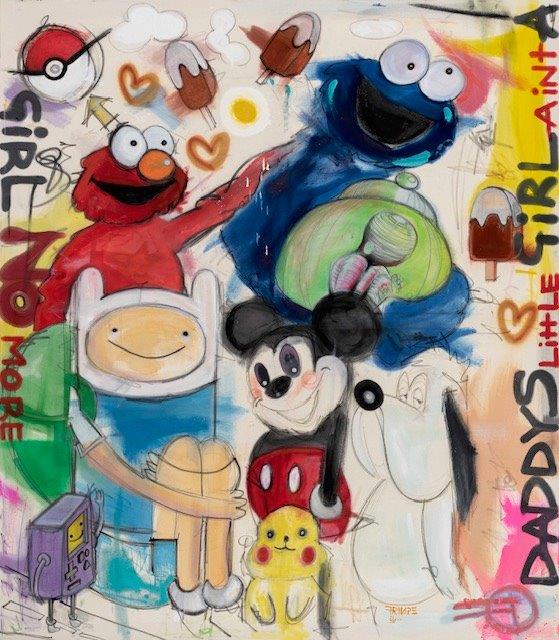 Taking his universal appeal into new mediums, this year FRINGE released an editioned series of sculptures that appear to mourn the passing of time in the life of a child.

Gutinke Meine (My Sweetest Darling), created in bronze and polyurethane, is softness made solid. The metaphorical essence of the work monumentalises the joyful moments of childhood, epitomised in the fantasy of animals as companions and friends.

In his first solo exhibition, titled The Very Definition, FRINGE was introduced as a graffiti-inspired visual artist portraying the world’s most recognisable figures and figureheads with a playful makeover. 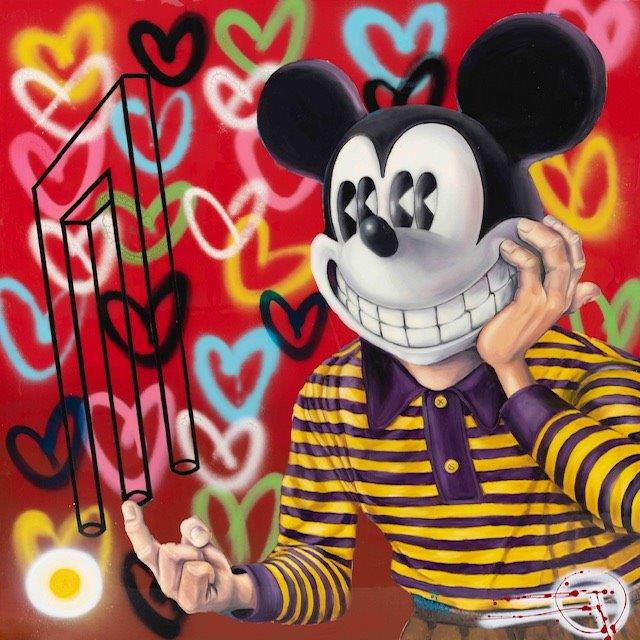 FRINGE’s second exhibition at the Daville Baillie Gallery, of mixed media works, contained an extension of his joyful, yet irreverent, iconography. Again, his anonymity allowed him to navigate the pop world of familiar characters, brands and slogans without being weighed down by the distraction of a real persona.

The artist’s motivation was to encourage the realisation that the fast pace of progress, technological and creative, is inevitable. His statement claimed, ‘We can never slow our pace. If we start we cannot stop. The only way to take it in is to look through the rear view mirror, while we drive on by.‘ 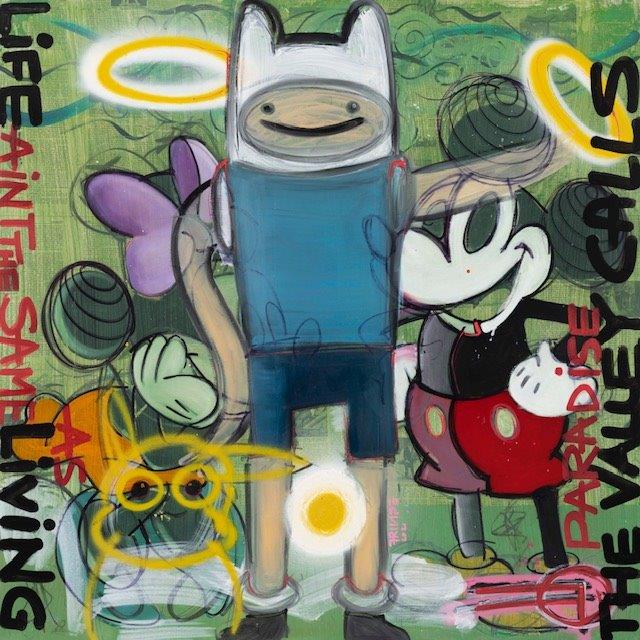 For his third solo exhibition, the paintings, sculptures and prints created by FRINGE took as their beginning point the ubiquitous popular culture of a now-globalised world. The title of the exhibition, NO SERIOUSLY, provided a clue to the artist’s outlook: an exploration of the tension between high art and commercial popularity.

His new works extended his major preoccupations: fame and fortune, and conspicuous consumption. He also paid some attention to the underdogs, the great losers of comic culture: Charlie Brown, the Simpsons and Alfred E Neuman.

The next frontier for FRINGE will be an engagement with his anonymity. As his work appreciates in value, and his audience grows, the challenge of making art in total isolation becomes apparent.

We wish we could say, ‘watch this space,’ but we cannot. Because we don’t know if FRINGE will ever appear. 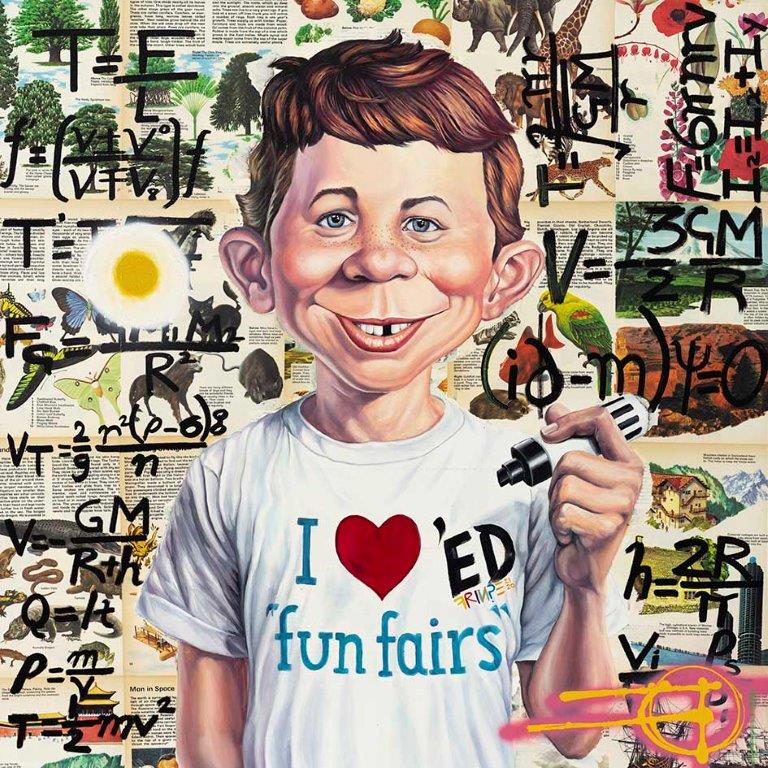