In the first of a series of profiles of artists who jobbed as art critics, Sean O’Toole revisits the written work of Robert Hodgins. George Steiner, the great Franco-American literary critic who died in February, kicked off his remarkable career with a startling proposal.

“Literary criticism should arise out of a debt of love,” wrote Steiner in the opening sentence of his debut book, Tolstoy or Dostoevsky (1959). Shouldn’t all  criticism emulate this impossible ideal? Well yes, but the reasons people write about the labours of others – especially when those writers are artists, as this column series will explore – very often has little to do with love.

In 1962, after an increasingly unhappy tenure teaching in Pretoria, Robert Hodgins took up a job as art critic at News/Check, a weekly
news magazine edited by journalist Otto Krause. His reasons for taking the job as “rewrite man” were twofold. “I hated working for the Pretoria Tech,” Hodgins told me in 2009, a year before his death at 89. His darkly toned paintings, which he had been exhibiting at Franco-Turkish dealer Henri Lidchi’s gallery in Johannesburg, also frustrated.

“I was still swimming in Braque and Picasso and all kinds of people,” said Hodgins. “So in the 1960s, I don’t think I was yet a professional artist, I was a professional amateur.” A voracious reader since his adolescence, when he served as a newsagent’s assistant in London’s Soho, Hodgins wasn’t daunted by the change in profession. “I was perfectly willing to see whether I could perform as a writer, as I wasn’t bad,” he said, repeating himself, “I wasn’t bad.”  And also prolific. Reckoning with his career in journalism in 2002, Hodgins offered: “I once calculated that, in a year, I’d typed the equivalent of four very long novels.” Many of his News/Check contributions are not credited, but they are easily identified by his fine literary flourishes and tart tone. 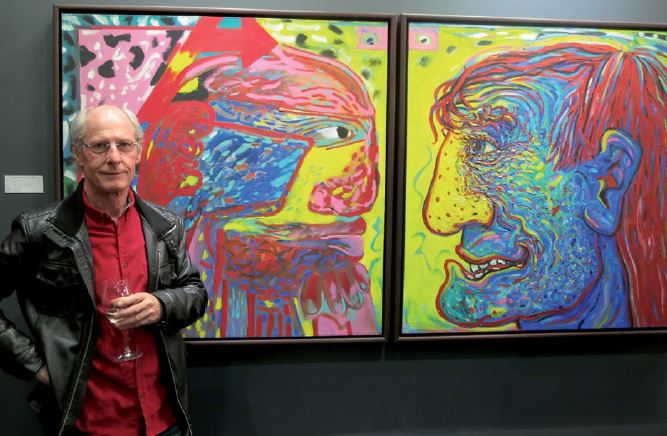 Norman Catherine in front of his portrait by Hodgins (left). The adjacent portrait of Hodgins is by Catherine. Courtesy Johans Borman Fine Art.

Writing about the 1962 installment of Artists of Fame and Promise, a juried competition and exhibition held under the auspices of Johannesburg’s Adler Fiedling Galleries, Hodgins dismissed the winning sculptor, Eone de Wet, as a “creative metalsmith”. The article is also occasion to whisper in closed brackets about the reason Walter Battiss was unable to judge: slipped disc.

Artists who job as critics, however schooled they might be in bearing journalistic witness, are rarely dispassionate observers. Bias inevitably colours their work. For all his cavalier methods and disdain for realism as a late-blooming painter, Hodgins was always committed to the figure. His reviews show up this bias.

He is dismissive of Christo Coetzee, then a big deal in New York and Paris, in particular the “gimmicks” of his ping-pong balls and bicycle – a reference to Lightning in a Diamond (1960), an assemblage painting shown at the Museum of Modern Art in 1961. It is not difficult to see, Hodgins writes, that “this brand of informality would hardly be at home in Alberton whence he stems.

By contrast, he is full of praise for the “exaggerated colour contrasts hallucinatory distortions” of expressionist painter Wolf Kibel. Hodgins describes Alexis Preller as “a creative artist, uniquely communicative amidst the welter of obscure patternmakers who inhabit the contemporary art scene”. In a review of Preller’s 1962 show at Johannesburg’s Pieter Wenning Gallery, he backs up this claim with a bit of art history.

“Essentially, he is a 20th century painter, who uses a 15th century convention, for making statements that are timeless,” he says of Preller. “The strange, symbolic nature of his images occurs because he does not paint the object as it is seen in light and shade, but defines it as a conceptual entity – he depicts what is, rather than what is seen.”

Of course, this is criticism of the showiest sort. Hodgins also produced journalistic portraiture. Here he is describing the “vital” and “volatile” Italian-born sculptor Edoardo Villa: “His staccato, sometimes incoherent, Latin-accented speech is punctuated with the earthiest of Anglo-Saxon expletives, and, from the top of his well-structured, leonine head to the base of his short, well-tailored frame, he vibrates with virile energy.”

And then there are his obligatory market reports, where critics are made to indulge in horseracing commentary. The spectre of the market dogged Hodgins’s journalism. Almost all his profiles, reviews and news roundups are informed by the goings on in Main Street. This was unavoidable. Hodgins stated writing about art during one of the country’s mini gilded ages, when new galleries erupt “like mushrooms” in every major city, as Hodgins put it, and journalistic criticism functions as the soft furnishings.

But the 1960s also marked a particular zenith of high apartheid. Hodgins’s writings about black artists reflect the ideological transgressions of the age. Hodgins did not stand outside the zeitgeist. A review of Zimbabwean sculptor John Hlatywayo is emblematic. As was his method, Hodgins kicks off with a potted history. 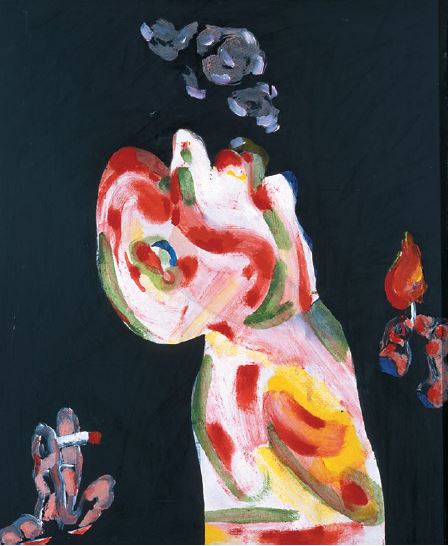 “Painting and sculpture have the curious feature that although they are often produced in the liveliest possible manner by primitive nomads (Bushmen, Australian blackfellows), once a society reaches a cultural level above the hunting-nomadic one, it is not till it settles in one place that it again begins to produce the plastic arts,” he writes. “Hence, the South African Bantu has never, beyond a few minor crafts like pottery and beadwork, painted or sculpted.” Until 1963, or thereabouts, when urbanisation produced “a generation of African artists who are increasingly to be taken seriously.

Despite frequent resignations, Hodgins continued working at News/Check until 1968, when, after two years of teaching part time basis at Wits University, he took a full-time post in painting and drawing. Hodgins pivoted back to painting. News/Check, though, would have one last chunk of him. In December 1968, the magazine published a story on SA art. Together with Wits associates Heather Martienssen and Cecily Sash, Hodgins posed for a cover photo. He wore a snug-fitting suit and raffish red tie, a sartorial elegance he would reserve for public events – like the 2005 Battiss retrospective at Standard bank Gallery.

Inside that 1968 issue of News/Check he earnestly dialogued. “It seems,” he proposed, “that in South Africa the artist has become something of a grocer; he is making works to sell and this is the thing uppermost in his mind.” His criticism had made him aware of the hungry market for new art. The sprawling conversation includes Hodgins’s thoughts on Ab-Ex (“Americans are poets of materialism”) and the painter’s duty of fidelity to place. It ends with a prediction that is also an affirmation: “the art that is going to happen in the future in South Africa is going to be a figurative kind of art.”

Hodgins continued to sporadically write for publication in the 1970s. He reviewed Valley Curtain (1972), a documentary about Christo and Jeanne-Claude’s project of the same name, screened at dealer Linda Givon’s Goodman Gallery in 1975. Appearing in the short-lived arts magazine Snarl, his insightful review ends: “Some accuse me of wanting only critical heavy breathing over art. Well, maybe; in fact, yes, I do. And not the heavy breathing of construction workers either. My heavy breathing.”

That same year he got to indulge in a lot of heavy breathing when Clement Greenberg, an eminent American art critic and champion of painterly abstraction, visited the country to adjudicate a competition and deliver a series of lectures. The Los Angeles Times reported that many South Africans found Greenberg to be “dull”, “strangely evasive” and “surprisingly insubstantial” on his specialty. Hodgins was of this camp. “Greenberg did not tell us something we expected, he, in fact, said nothing at all, gave us nothing serious to think about,” he wrote of Greenberg’s final lecture, at Rand Afrikaans University (now University of Johannesburg), in Artlook magazine.

Hodgins never retired from writing. He was a diligent letter writer. “I know myself and deeply know the influence of the written word, the careful phrase apparently objectively chosen and honed for blandness, the phrase that assures and destroys,” he wrote in a letter to painter Mark Hipper in 1988. As his artistic profile increased following his retirement from Wits in the mid-1980s, he also indulged in interviews,
most notably with Ivor Powell. “Oil paint since Titian has become such a seductive, argumentative, interesting, flexible, versatile medium,” Hodgins is quoted in Ventilator magazine (1994).

Occasionally, he would author new texts. Here is Hodgins in the catalogue for the 1991 Cape Town Triennial, of which he was a regional selector: “South African art is, at this time, strongly regional, as much so as North American art, but without a New York as unifying magnet.” But mostly he painted. Words are perishable. Hodgins knew this. Chatting on the phone a few months before his passing, he drew my attention to a book by English author Julian Barnes. “He quotes Sibelius: ‘You will notice there are no statues of critics in any town of France.’ Don’t you like that?” Hodgins laughed. 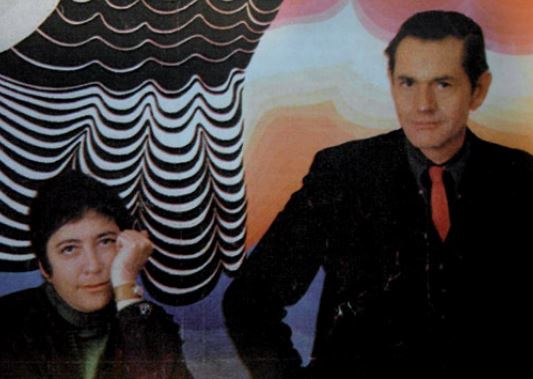