Strauss & Co is currently hosting two exciting auctions that explore the impact and legacy of South Africa’s art scene in the 1970s. On the occasion of renewed global focus on the work of artist William Kentridge, Strauss & Co is pleased to present William Kentridge: In Print, a single-artist timed-online auction spanning works made between 1981 and 2016. Concurrent with its timely Kentridge sale, Strauss & Co is hosting a general online-only auction of modern, post-war and contemporary art that includes a standalone session devoted to art from 1970s.

“In a sense, William Kentridge prints archive many, if not most, of his other phenomenal works such as his stop-frame animation films, his operatic productions, his performances, his artist’s books and his charcoal drawings, and even his sculptural works,” says Strauss & Co senior art specialist and head curator Wilhelm van Rensburg, who organised the two auctions. “His prints engender a more considered and enduring expression of his recurring motifs, and suggest alternative meanings and methods that can be identified in his larger body of work. Strauss & Co is pleased and privileged to offer such a great variety of Kentridge prints.”

William Kentridge was deeply shaped by the 1970s. After completing an undergraduate degree at the University of the Witwatersrand, Kentridge studied at Johannesburg Art Foundation under artist Bill Ainslie in 1976-78 and held his debut solo exhibition in 1979. The etching Woman with Supermarket Trolley + Cat (estimate R30 000 – 50 000), from the 1981 series Domestic Scenes, is a fine elaboration of the artist’s early working concerns.

Pulled in 1994, the etching Felix in Exile (estimate R300 000 – 500 000) depicts scenes from Kentridge’s career-defining animation film of the same name. The photolithograph Cyclopedia of Drawing (estimate R180 000 – 240 000) presents an exploded view of a flipbook portraying a human figure transforming into a bird in flight, and back. It is linked to The Magic Flute, the first large-scale opera that Kentridge produced in 2005.

Strauss & Co is pleased to partner with the Warehouse Art Museum in Milwaukee, USA, on its educational programme for their exhibition William Kentridge: See for Yourself (on view until 16 December 2022). Forthcoming talks will focus on the themes of printmaking and curatorial strategies, and will feature contributions by master printmaker Kim Berman, among others. Kentridge is the subject of numerous international survey exhibitions in 2022, with forthcoming openings due at the Royal Academy, London, and the Broad, Los Angeles. 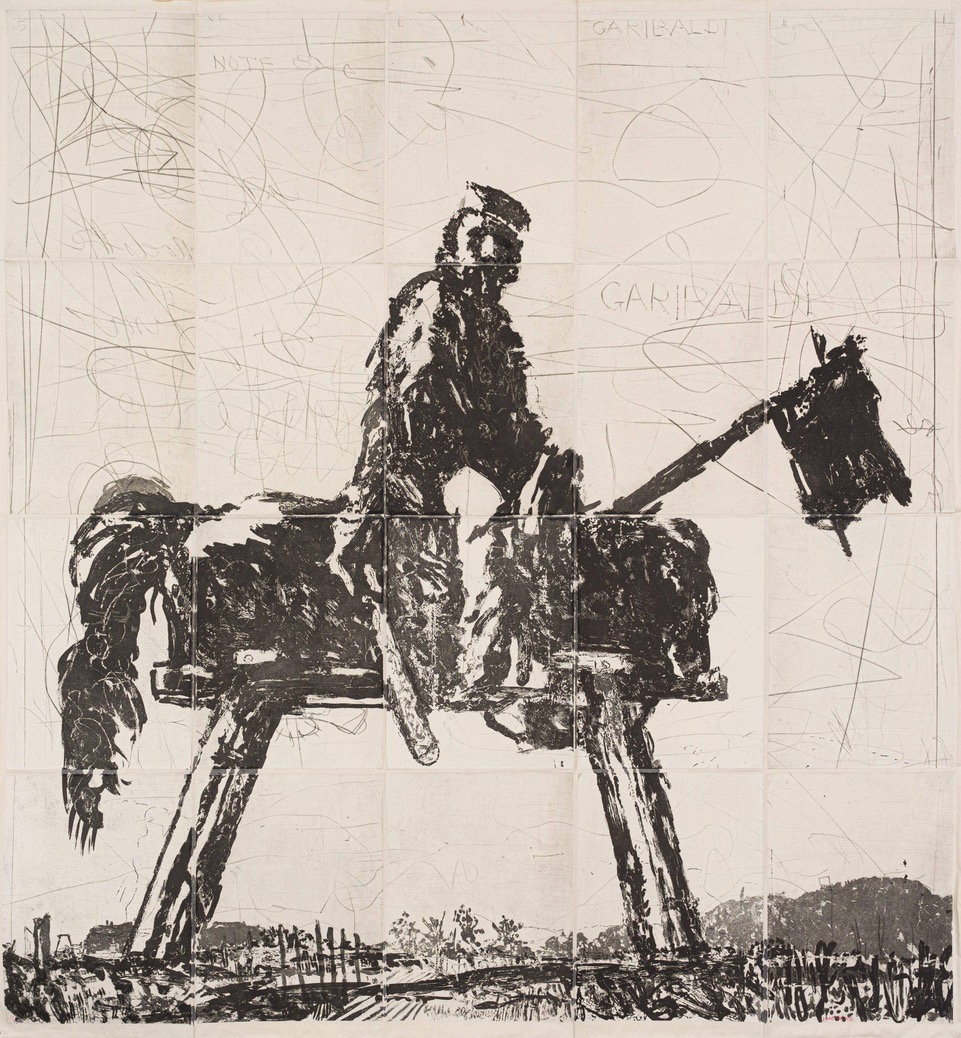 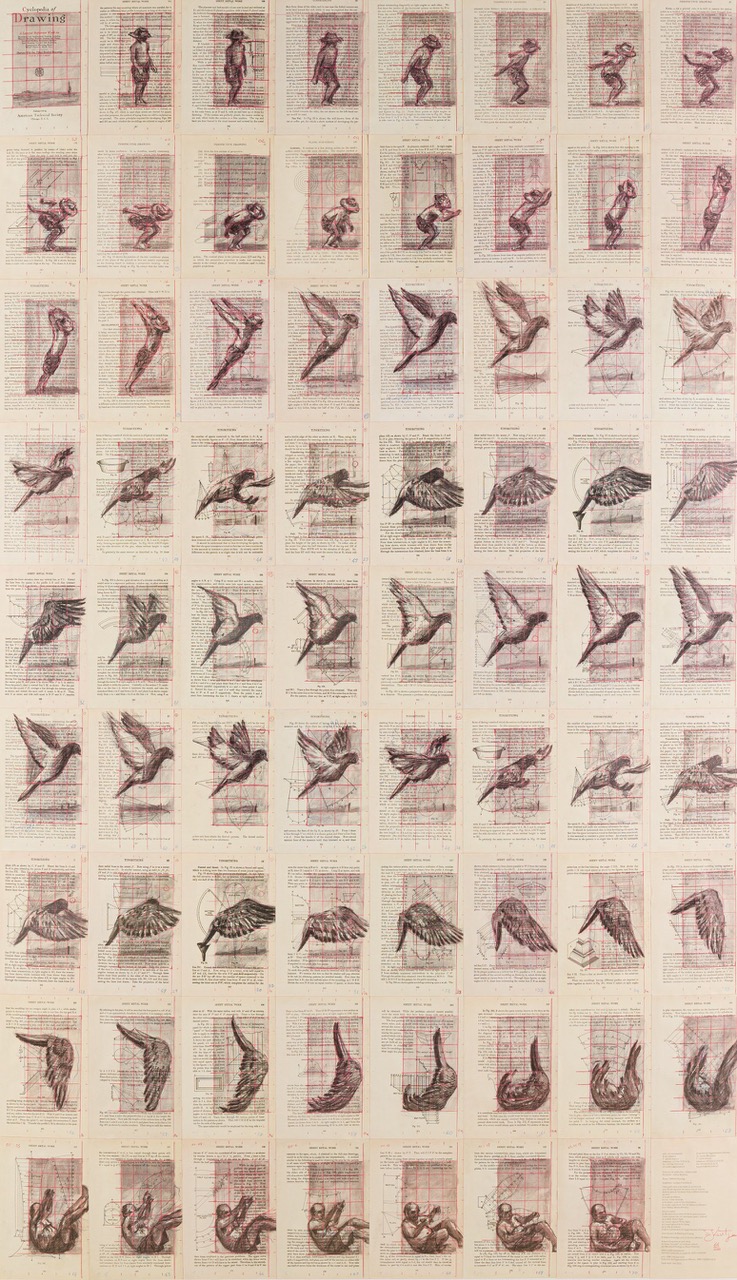 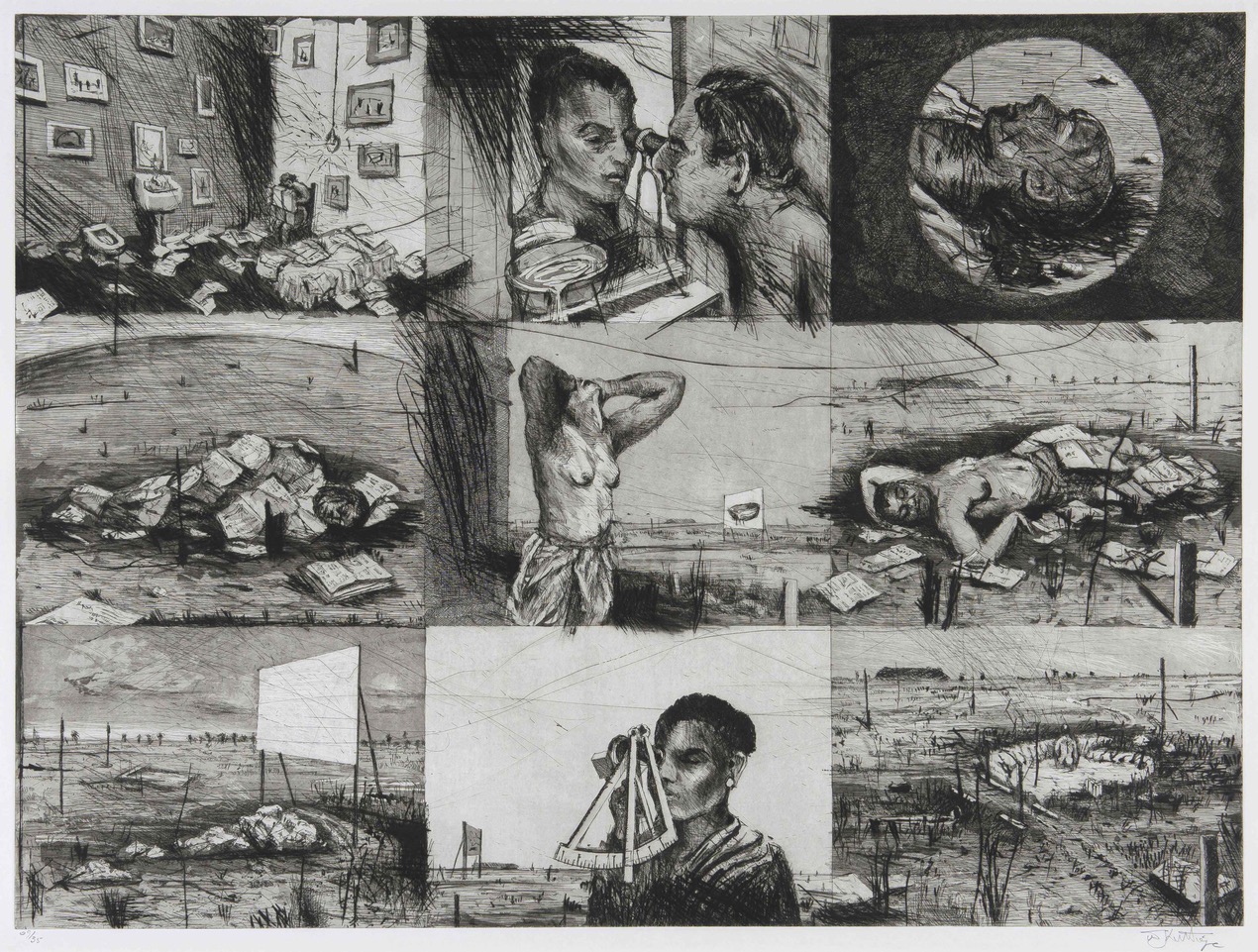 Exhibition open for viewing at Strauss & Co, Monday to Friday 9am to 5pm.