Strauss & Co’s forthcoming live virtual auction, due to be held in Johannesburg on 16 and 17 May 2022, features an impressive consignment of artworks by two distinguished South African artists, Alexis Preller and William Kentridge. The range and quality of the eights lots by Preller and thirteen lots by Kentridge present a boon to collectors of important works by these artists. 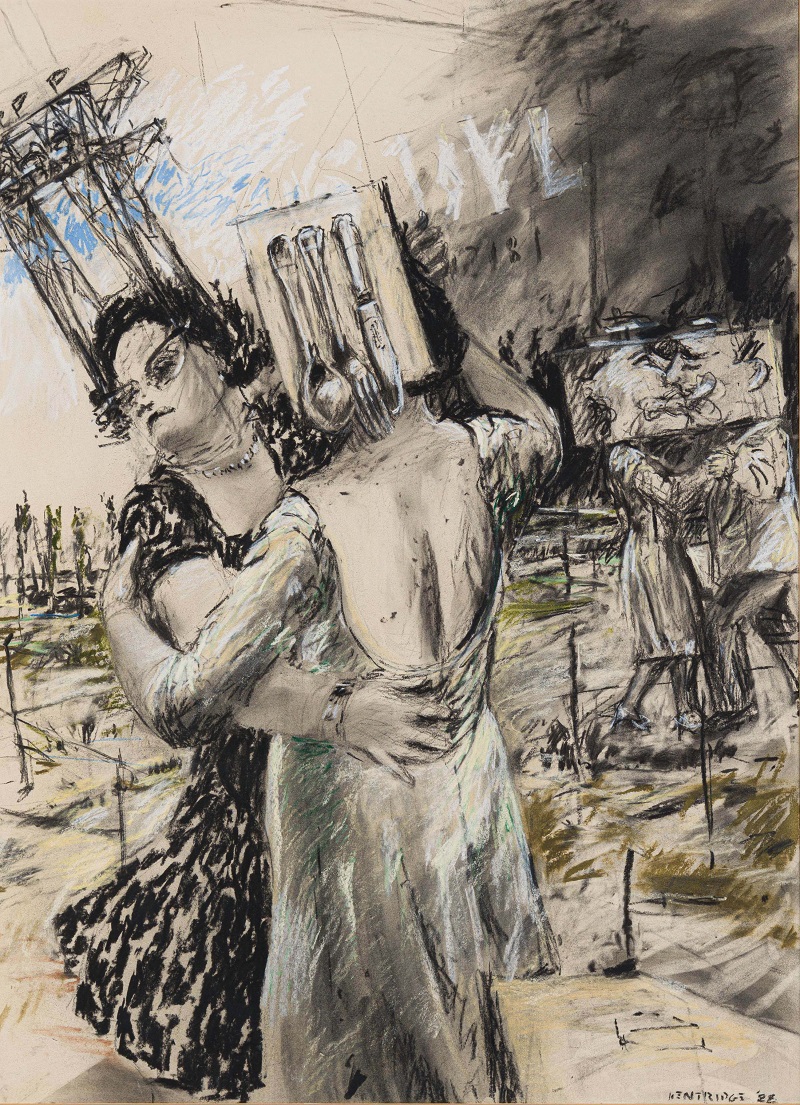 Kentridge’s The Highveld Style Masked Ball, a 1988 drawing of a dancing couple commissioned for a charity event (estimate R2.8 – 3.4 million), and Preller’s The Great King, a 1963 oil from his seminal series of god-kings (estimate R5 – 7 million), call attention to their artistic virtuosity in their respective media: charcoal and oil. These lots by Kentridge and Preller will respectively headline Strauss & Co’s two evening sessions during Johannesburg Auction Week.

Strauss & Co is delighted to be offering a number of important works Kentridge in advance of the opening of his forthcoming survey exhibition at London’s Royal Academy in September. Kentridge held his debut international solo in London in 1987, a mere three years after dealer Reinhold Cassirer, a family friend, pushed him to return to the studio following a long hiatus.

Kentridge’s takeover of the Main Galleries at the Royal Academy in September will follow similar large-scale exhibitions by artists such as Ai Weiwei, Anish Kapoor and Antony Gormley. Strauss & Co’s consignment of works by Kentridge presents collectors with a valuable opportunity to acquire important works, notably early drawings first exhibited in Johannesburg, including The Highveld Style Masked Ball.

The work depicts two figures with strange head adornments of cutlery and pylons dancing on a highveld landscape and will be offered for sale on Monday, 16 May, in a thematic session focussing on Surrealism. Surrealism is currently undergoing renewed appraisal in museums across the global north. Its influence on South African art, though, remains unexplored. There can be no doubt, however, that the movement took hold in South Africa, even exerting a tacit influence on Kentridge, who has frequently emphasised the role of the unconscious in his drawing process. Along with his Masked Ball lot, the Surrealism session also includes his surrealistic 2000 linocut Telephone Lady (estimate R300 000 – 500 000).

A survey of Surrealism in South Africa would be incomplete without an assessment of Alexis Preller. Despite rejecting the label, Preller frequently drew on Surrealist ideas, motifs and themes. His Birth of Venus (estimate R1.5 – 2 million) reimagines Sandro Botticelli’s masterpiece of the goddess standing on a giant scallop shell as a psychological burst of dynamic colour and thick impasto. O Poliziano (Florentine Head) is a stylised portrait of Florentine scholar and poet Agnolo Ambrogini that features surrealist flourishes such as a butterfly for an ear (estimate R800 000 – 1.2 million).

Preller’s The Great King is the cover lot for the evening sale of modern, post-war and contemporary art that concludes Strauss & Co’s Johannesburg Auction Week on 17 May. This lavishly executed work is the scintillating and golden apotheosis of the artist’s god-kings series. Inspired by pharaonic models, images of Renaissance rulers, as well as ritual African carvings, The Great King brought Preller’s god-king theme to a glorious and glittering close. The pre-sale estimate fairly represents the importance of this work. Kentridge has a number of works in the culminating session too. They include the 1985 drawing Toying with an Intricate Knot, the 1993 etching Head (Orange) and 2008 ink work Dissolve (estimate R1.5 – 2 million each). 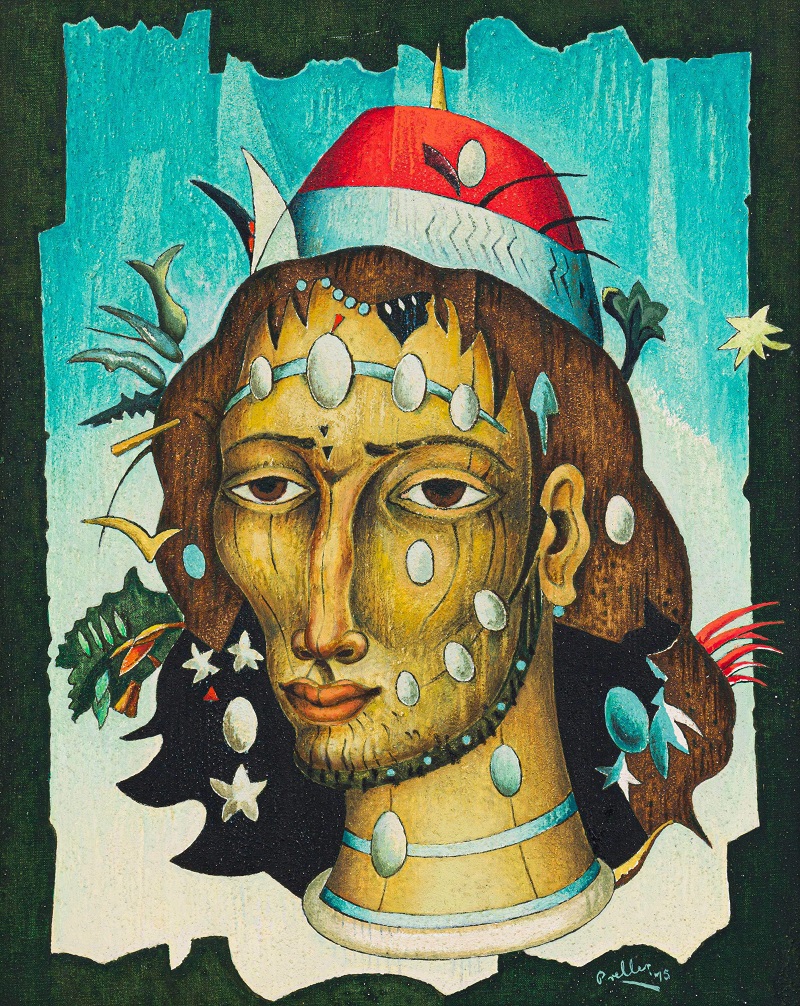 Strauss & Co’s focus on Surrealism forms part of a diverse presentation of lots assembled by its art and wine departments. The virtual live sale commences on Sunday, 15 May 2022 with a standalone wine session.

The exhibition is open to the public to view until 17th May 2022 at 89 Central Street, Houghton Estate, JHB. 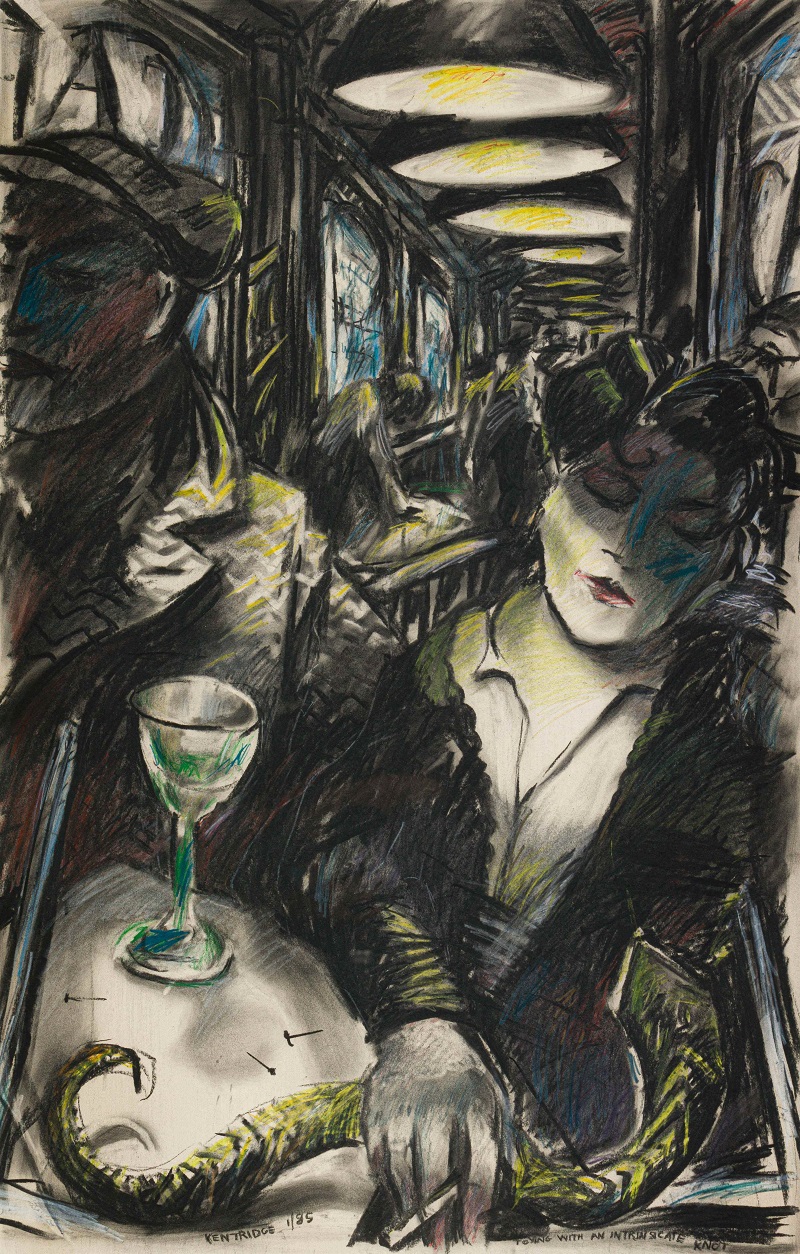 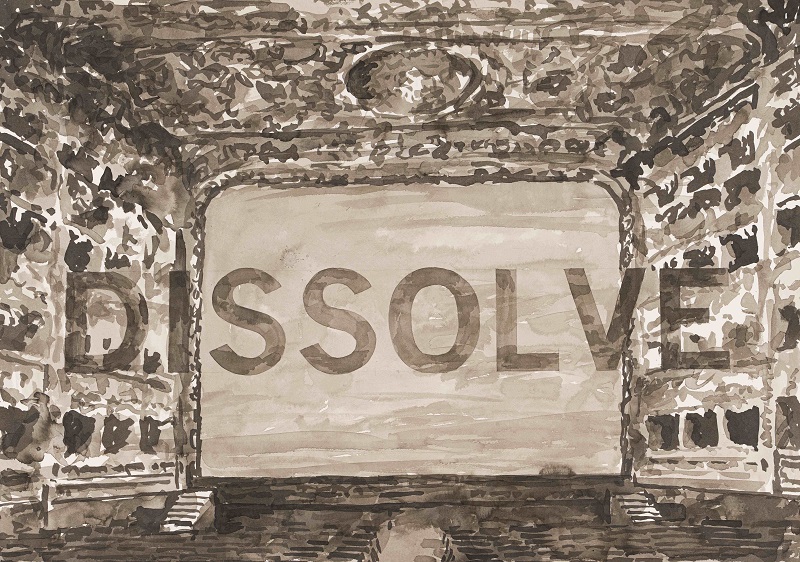 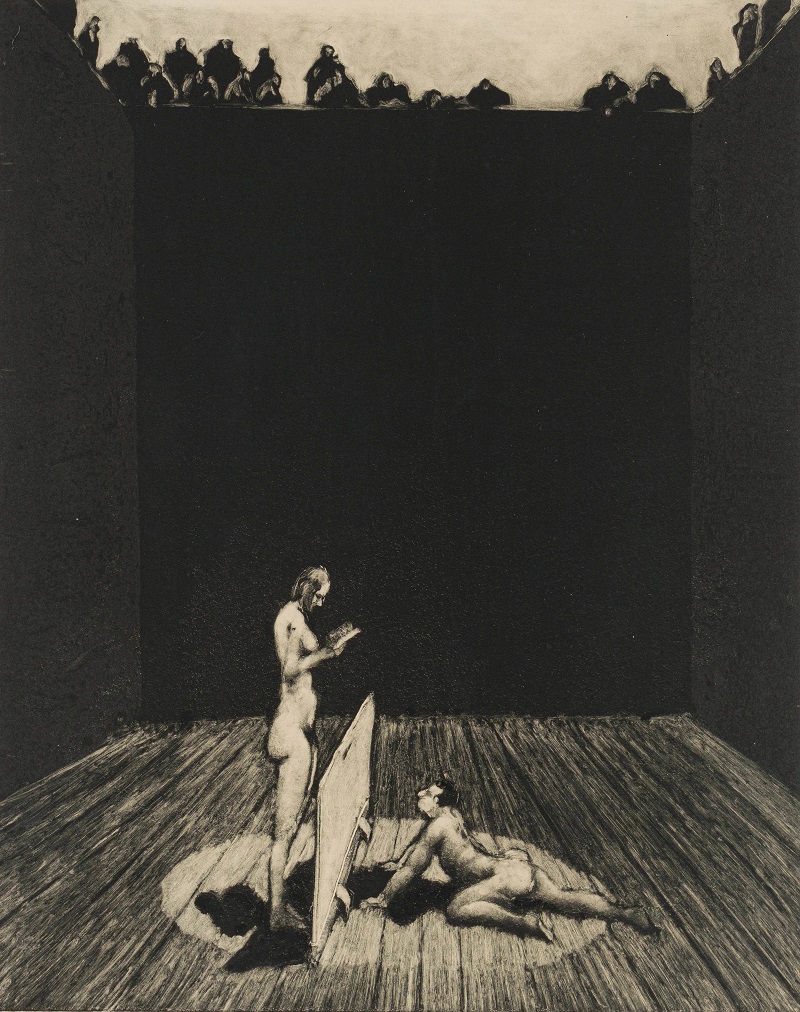 William Kentridge Pyramus and Thisbe (from the Pit Series) 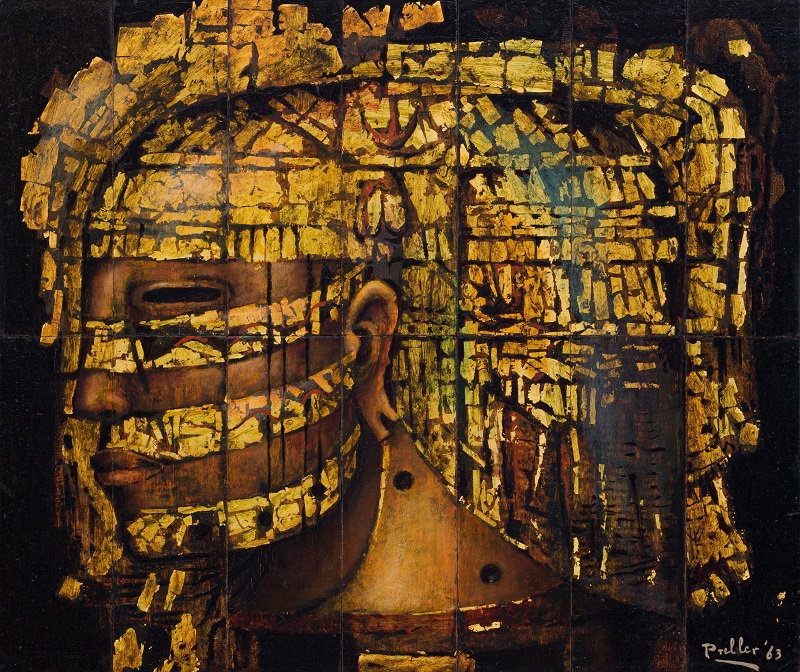 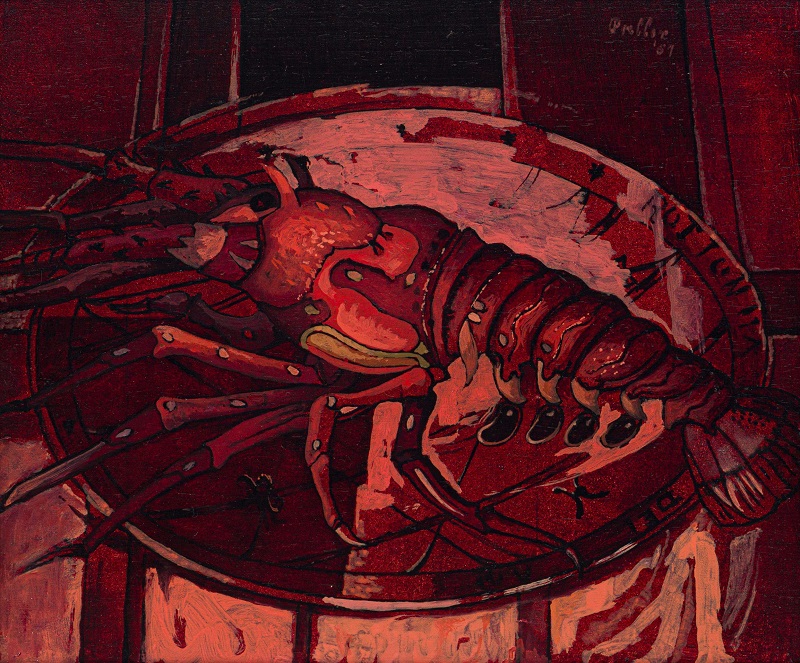 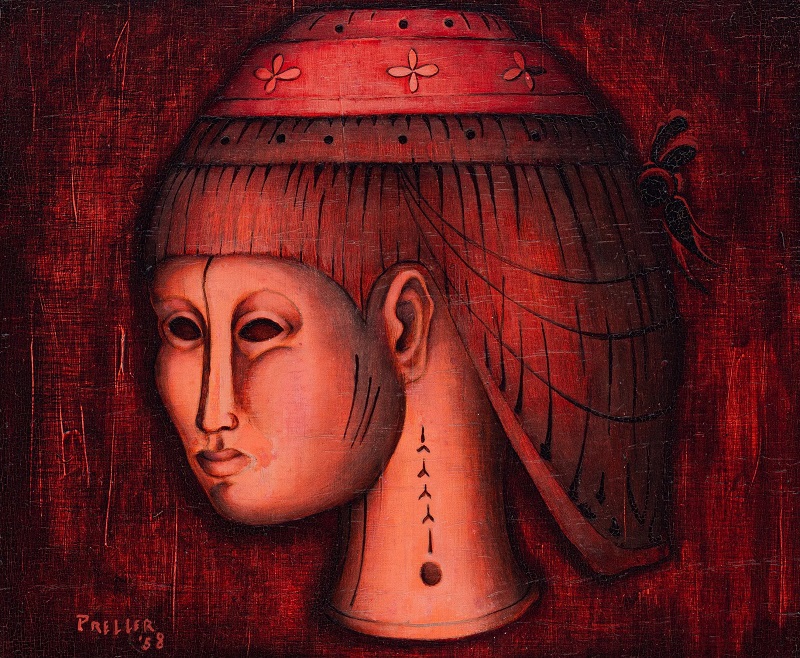 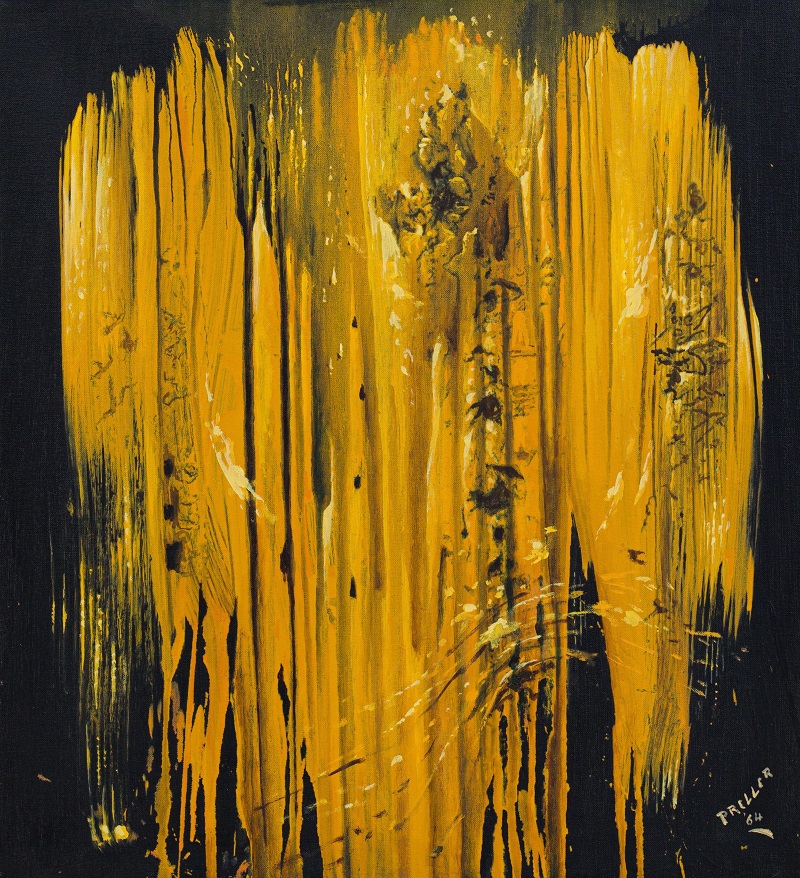 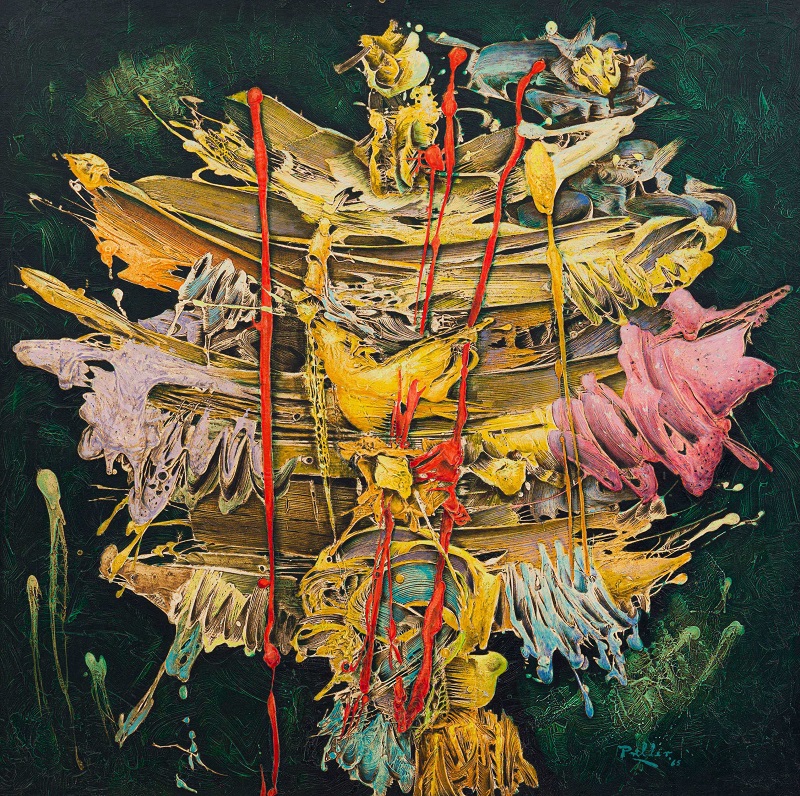