AT FEATURE: The Melrose Gallery Presents: A Spectacular celebration of sculpture

AT FEATURE: The Melrose Gallery Presents: A Spectacular celebration of sculpture

The Melrose Gallery is proud to announce that the fourth instalment of SculptX, the largest annual sculpture fair in South Africa, will run from 2 September to 24 October 2021 at Melrose Arch

Over 200 artworks created by more than 70 established and emerging sculptors will be showcased in numerous indoor and outdoor spaces throughout the Melrose Arch Precinct and online, on a viewing room on www.themelrosegallery.com.

SculptX was formed by The Melrose Gallery, in association with Melrose Arch to provide a valuable platform to promote sculpture and sculptors to those who live, work, and play in the precinct, as well as art collectors and enthusiasts in general. Sculpture has seen a strong increase in demand over the last 5 years leading to the establishment of many new foundries.

But we have traditionally witnessed underrepresentation of sculpture created by female artists and those from the previously disadvantaged communities which we hope to positively impact on.
SculptX provides emerging sculptors with the opportunity to exhibit alongside some of our most established artists, which is often not the case.

The SculptX team have considered more than 350 works in order to select over 200 sculptures for showcase this year. These come from different cities throughout South Africa and include numerous mediums ranging from bronze, steel, found objects and stone to wood, crystal, glass, grass, fibre glass, carbon fibre and even virtual reality.

“We feel that it is important to present SculptX this year considering that many of the largest art fairs and major shows have been cancelled. The line-up is very strong this year and we look forward to presenting and celebrating to wealth of talented sculptors that exist in South Africa once again this year”, Craig Mark – The Melrose Gallery director.

The Fair is accompanied by the ‘Sculpture Dialogues’ which consist of a panel discussion involving experts who will discuss issues of pertinence to sculpture in Africa.

We have put much effort into sourcing female and young artists from the previously disadvantaged communities to give them the benefit of this valuable platform as they are often over looked and under-represented in this genre.

Education also plays an integral role in SculptX, both for emerging sculptors who have the opportunity to hone their practice and to learn from so many different mediums and styles, and the public by making sculpture more accessible.

SculptX is a testament to the increasing number of talented sculptors who are working with a diversity of materials, new mechanisms and technologies that are testing their production and creativity, the growing demand for sculpture from local and international collectors seeking powerful Pan-African narratives and a desire to encourage the continued growth of the genre within South Africa and the African continent at large.

SOME OF THE HIGHLIGHTS INCLUDE:

Andries is respected as an activist for wildlife, and this is one of his series of monumental elephants for which he has won global acclaim. 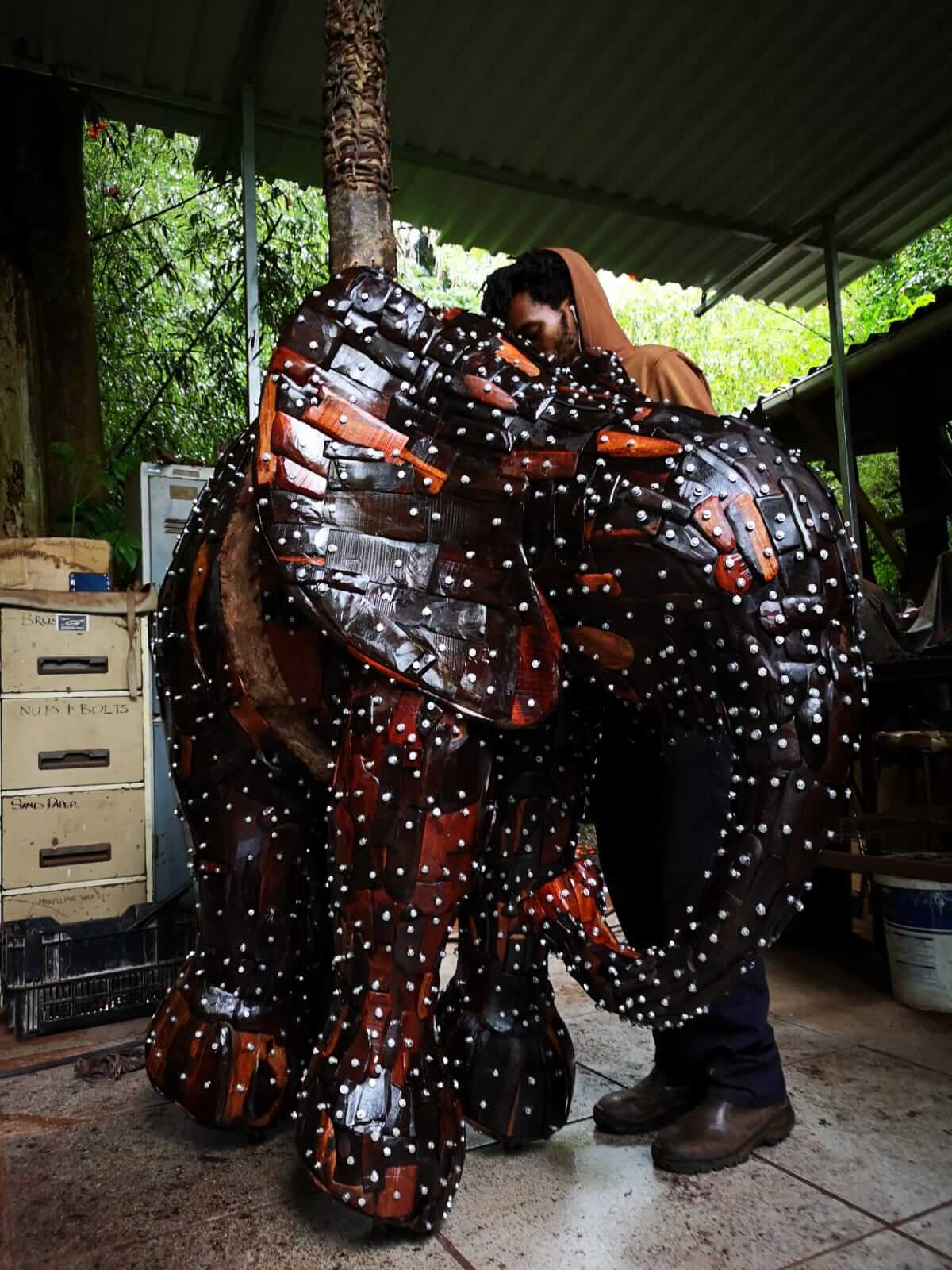 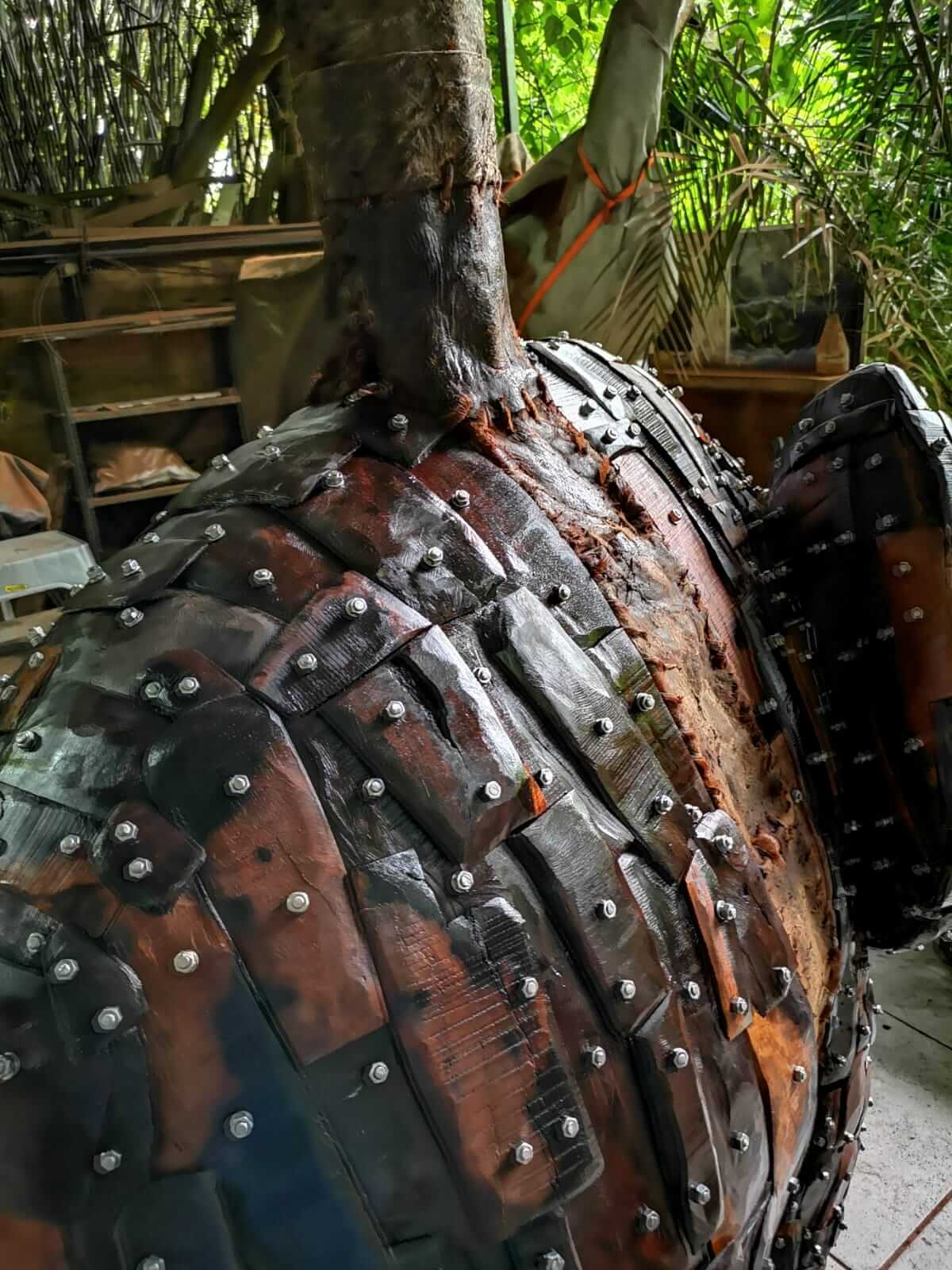 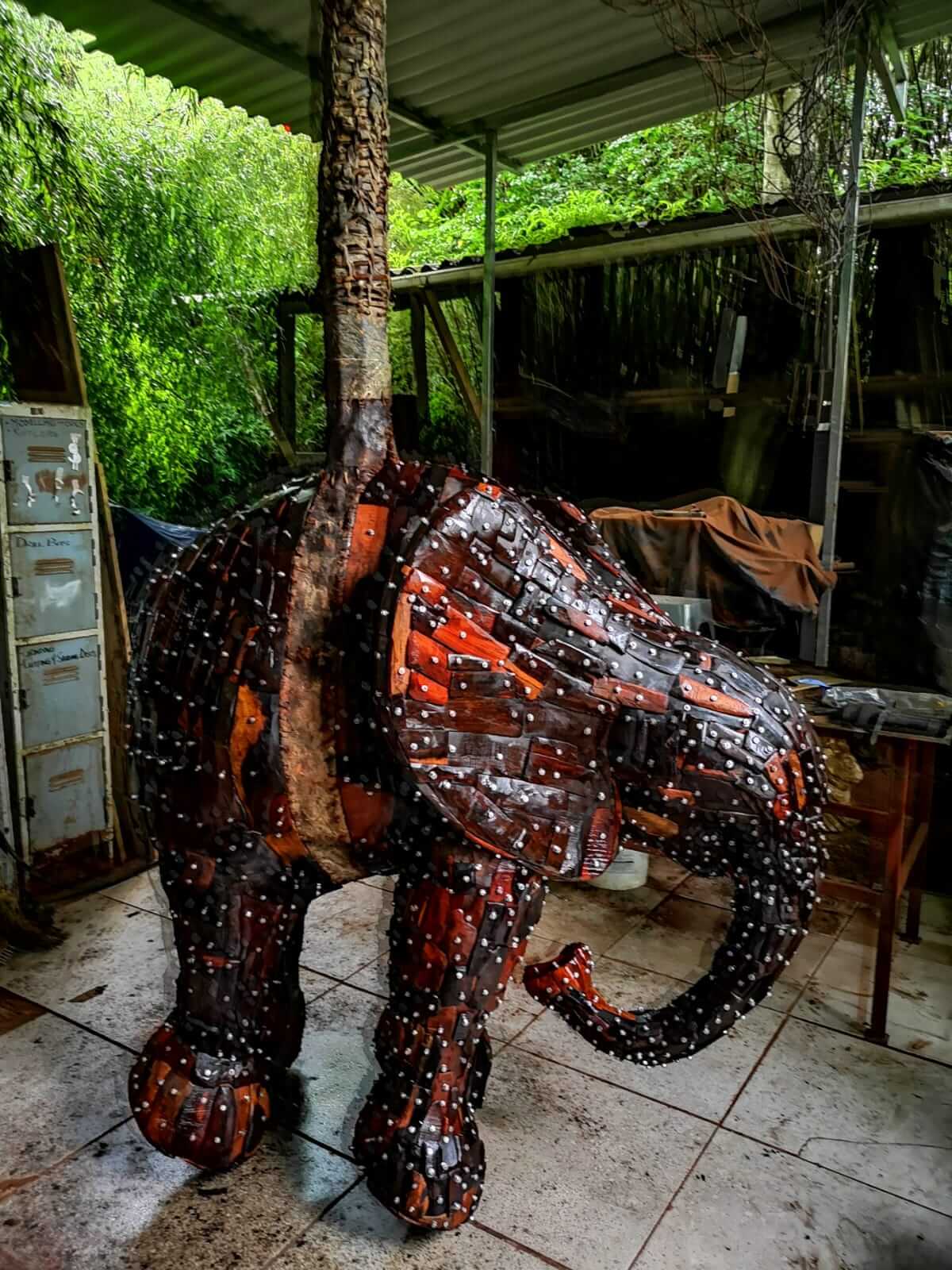 Jacques Dhont will be presenting a new body of sculptural forms that have taken him 3 years to create. The body of works titled ‘Plant – Drought Resistant’ is made up of striking, large vessels with some of them almost 2m’s in height.

“It is here that we may properly begin to discern the subtle and sophisticated play of the work, since
in Dhont’s imagination, these marine fauna have been transformed into “drought resistant” terrestrial flora, weird plants that are imbricated in quite another pertinent contemporary thematic complex, that of water scarcity and the ecological responsibility it invokes”, Dawid de Villiers.

The motivation behind these sculptures is to restore the broken bond between humans and nature. Humankind has been inspired and copied nature from the beginning. In this age of global warming, Biomimicry has surfaced as a strong movement in architecture, design, science and thought.

Born in the Congo in 1959, Jacques completed a BA in Fine Art at Stellenbosch University and A Diploma in Fine Art from Michaelis UCT. 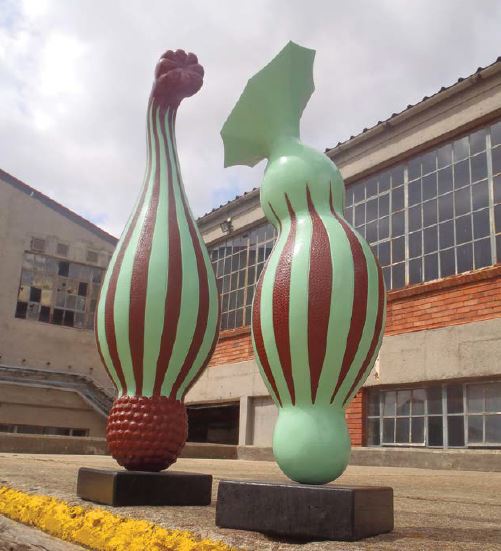 Ledelle will be presenting a new work recently completed titled ‘Findings IV’ which is made up of small forms that serve as studies and models for a larger work. During the process of creating each carving, she has reflected upon markers and placeholders that mark a significant site or event. These new studies are specifically informed by observations of the southern night sky and the narratives associated with astronomical mapping. Simultaneously, the work is informed by the geological formations of the Cederberg and Karoo landscape and the passages of time evident in these formations. These new studies serve as constellations of imagined narratives, markers and location points that reflect on my personal, and transient, sense of place and belonging. 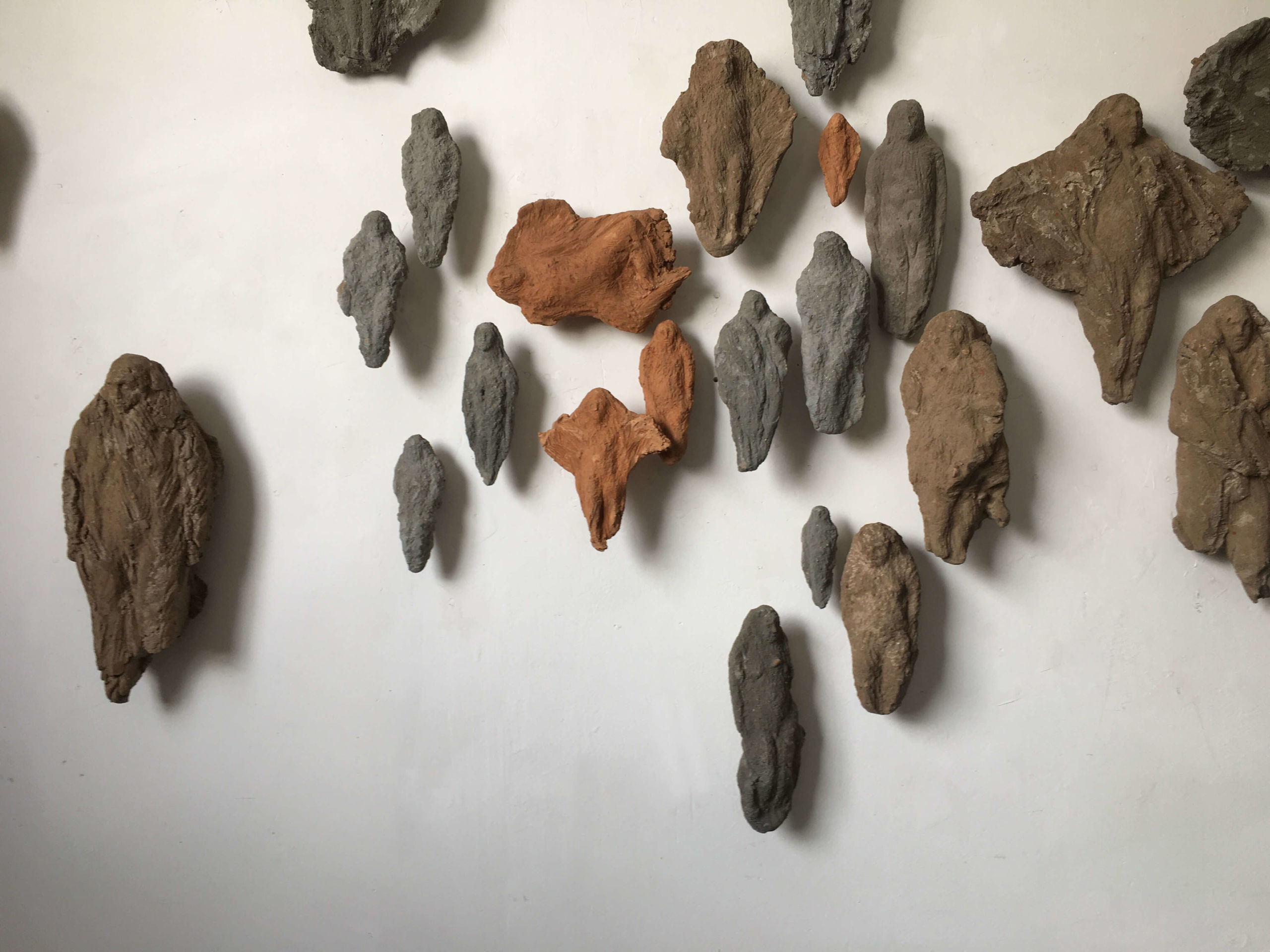 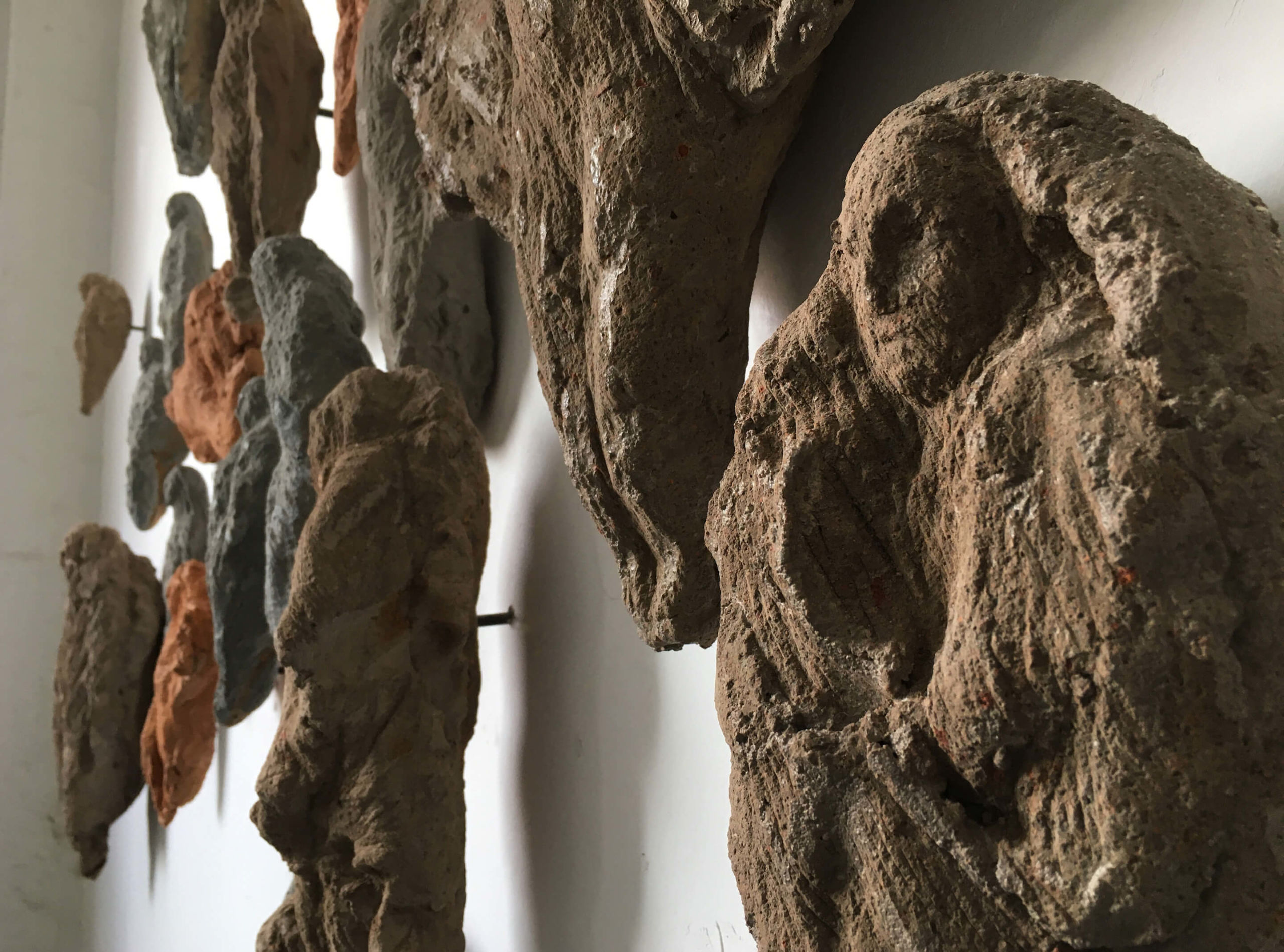 Louis Chanu has been working for 2 years to create this exceptional body of work that explores a variety of interesting mediums including plant carbon resin, steel, and bronzes. The sculptures portray and capture the beauty of the human form across various poses and many most are suitable for indoor and outdoor use. 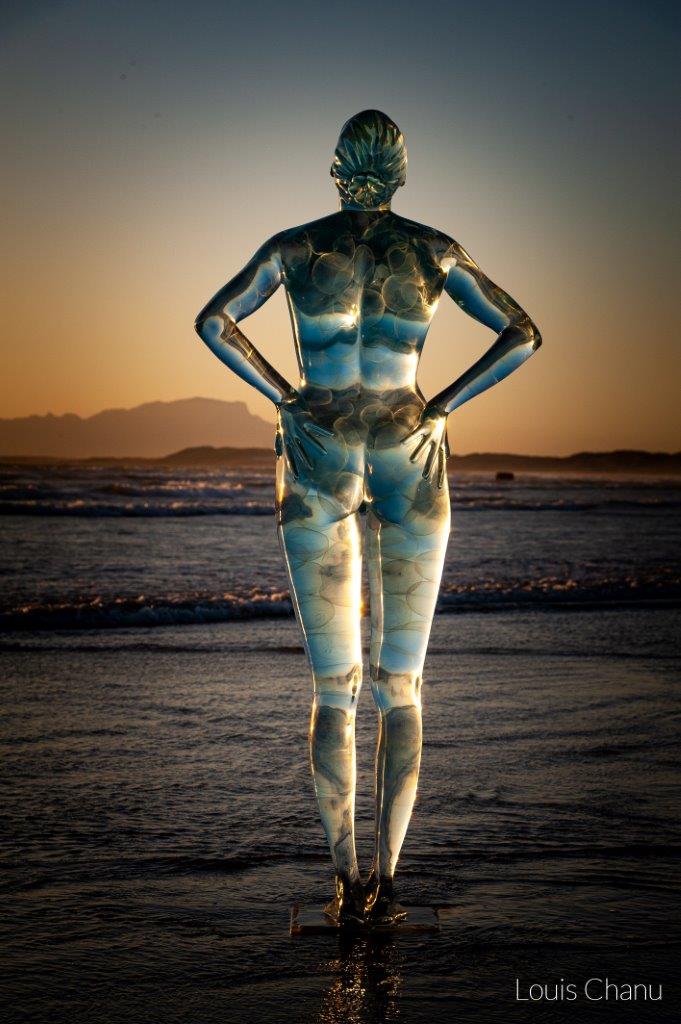 Mandy Johnston is a multi award winning multidisciplinary artist who works mainly with alternative materials, sculptural installation, and alternative photographic and printmaking techniques. She holds a master’s degree in fine arts from the University of the Witwatersrand.

The thread linking all my work is about what’s past. And when something or someone is passed, the space they once consumed becomes very apparent. And we consider what we take with us and what we leave behind. The soap box is being scrutinised by the absent figure who is shrouded and hiding, and would rather hide behind new media and fashion than say anything risky. 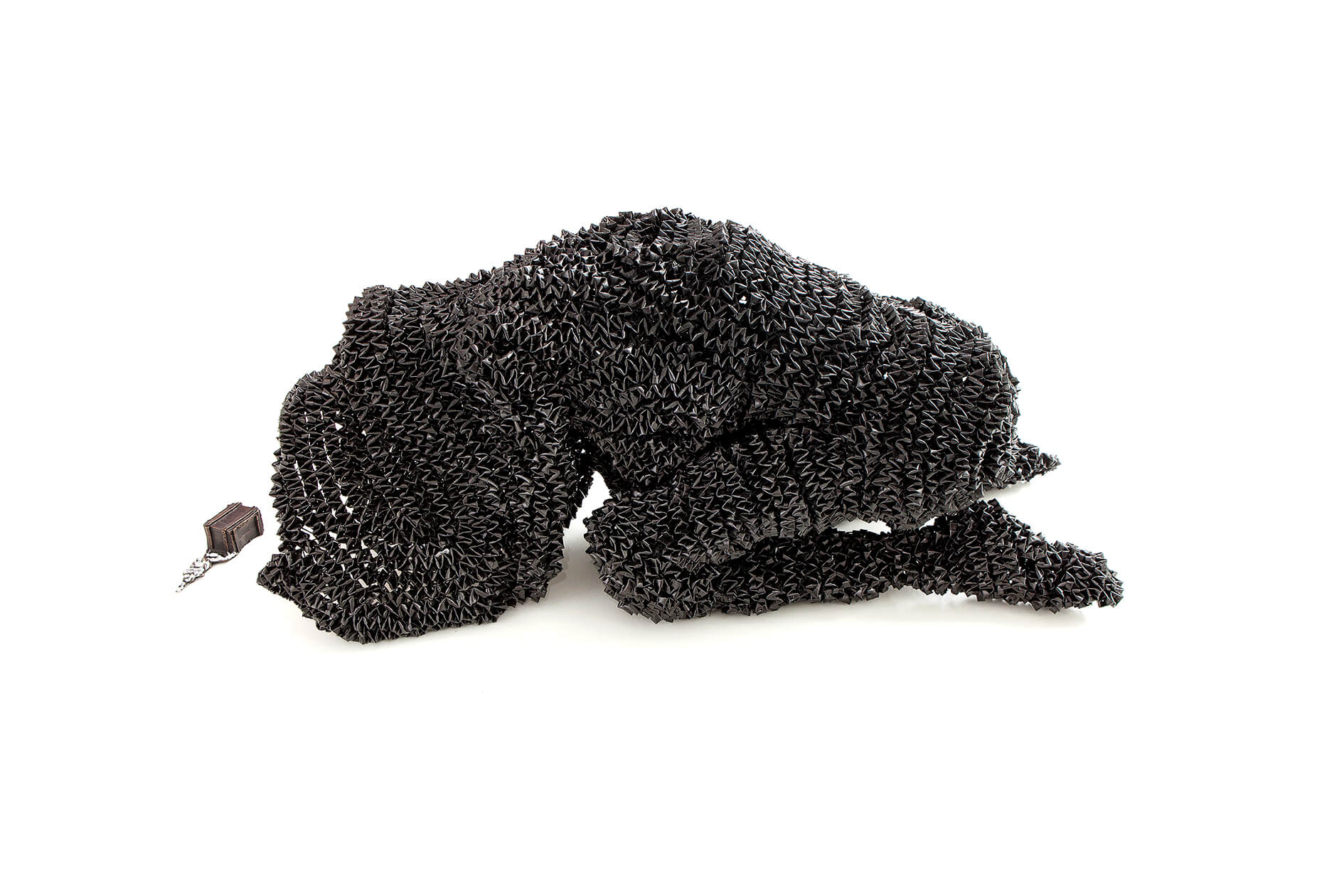