“The team at Strauss & Co is delighted to present two unique single owner collections for sale. Both speak about a deep love and passion for and insight in the subject matters that Leon Strydom and David Hall collected, respectively. They present a unique opportunity for art lovers, collectors and the broader public to gain an insight into the world of knowledgeable and patient collectors who crafted collections with integrity and insight over a long period of time. In my mind, as much as an artwork speaks about the artist, a collection speaks about and becomes a self portrait of the collector. 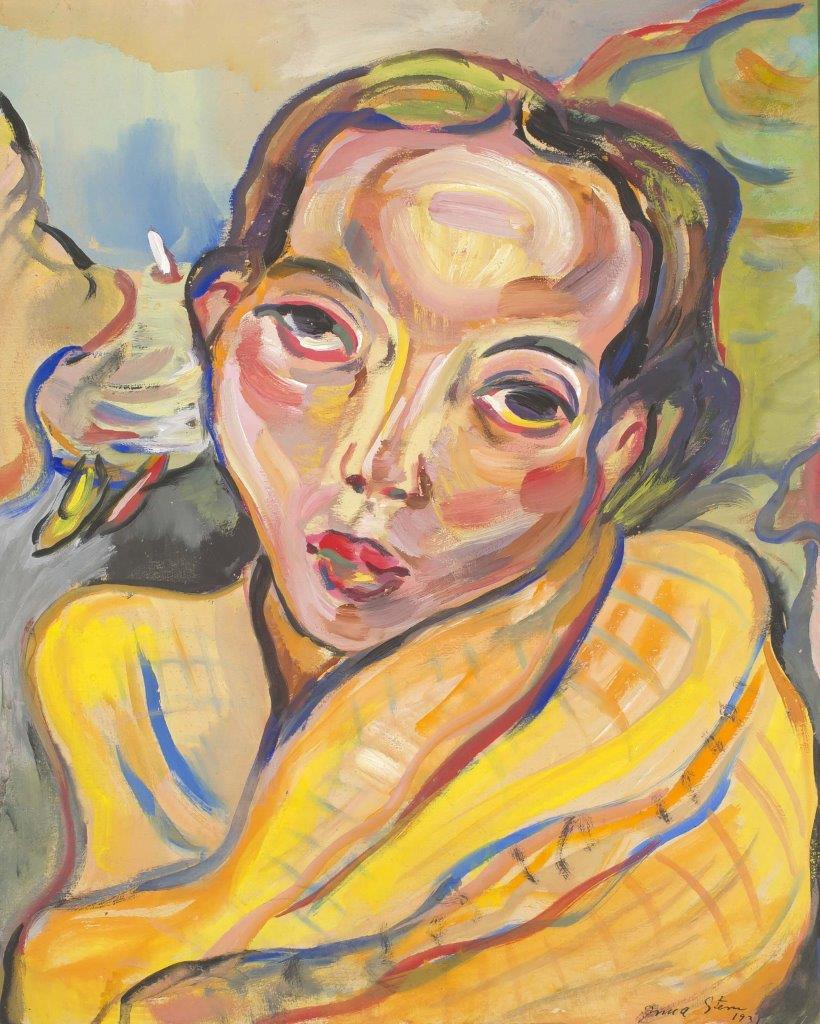 Like many of my colleagues and fellow directors at Strauss & Co, I had the privilege of having known Leon Strydom for a long period of time. Lizelle and I started our collecting journey at the Strydom Gallery, firstly under the guidance of Matthys Strydom and then Leon. We spent many a happy hour in that gallery, learning not only about art, but also about ourselves and the privilege and excitement of living with art. The Strydom Gallery was serious about making art accessible to a greater audience, financially as well as intellectually. The Gallery played a major role in promoting artists living in the southern Cape but also presented residents and visitors with the best and most intriguing artworks created across the country.

The exhibition presents a glimpse of the life of Leon as an academic and scholar with a love of books, music, fine furniture and carpets. It is dominated by his eclectic and carefully chosen collection of paintings, sculptures and ceramics. Every work deserves a second, deeper look, Leon did not collect the obvious. In presenting this collection for in person viewing at Welgemeend, we pay homage to his passionate and meaningful contribution to the arts and to our lives.” – Frank Kilbourn, Executive Chairperson 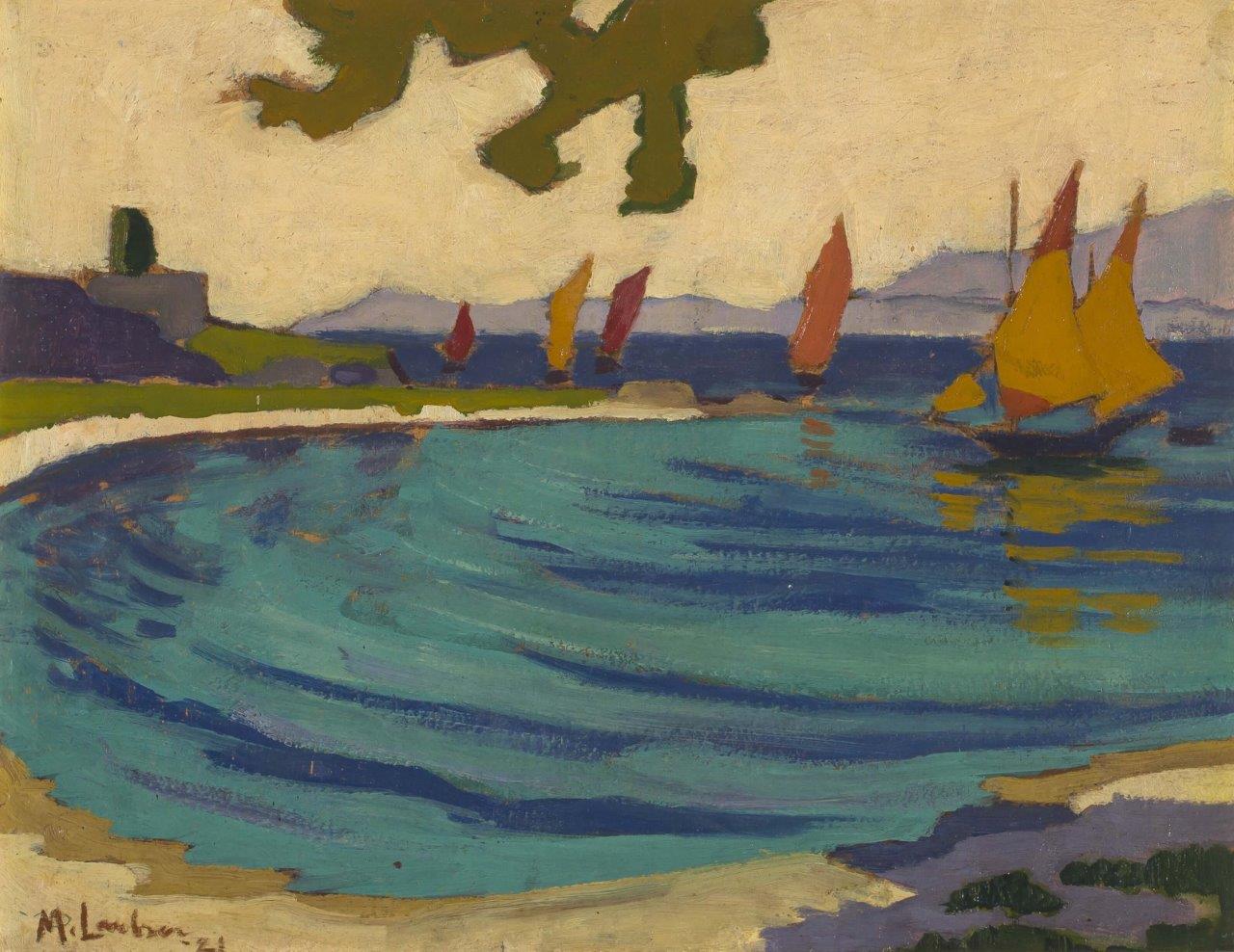 Professor Leon Strydom was born in George where he graduated from Outeniqua High School. After a stint of military service he joined the University of Stellenbosch in 1963 where he participated in D.J. Opperman’s literary laboratory. He completed his masters in 1969 with his final dissertation on the Slampamperliedjies van C.L. Leipoldt. After two years lecturing in Afrikaans and Dutch, he departed for The Netherlands at the end of 1970 to begin his doctorate at the Institute of General Linguistics of the Rijksuniversiteit van Utrecht. He successfully sat for his doctoral examination in General Literary studies in 1973, before finally being awarded his PhD under the supervision of A.P. Grove at the University of Pretoria in 1975.

His final submission was a study on the “unity of the poetry collection” which he would later publish in 1976 under the title “Oor Die Eenheid Van Die Digbundel: ‘n Tipologie Van Gedigtegroepe”. In the same year he would move to Bloemfontein, to the University of the Orange Free State where he was the youngest lecturer to be awarded a professorship at the institution when he was promoted in 1978. Strydom would release only four literary publications in his life. The first in 1973 was a collection of poetry titled Geleentheidsverse (Occasional Verses), would result in him being awarded the Eugene Marais Prize for Poetry in 1974 and the Ingrid Jonker Prize in 1975. After his PhD publication, Strydom’s third publication, Die Sonnevanger (The Catcher of the Sun) was released in 1983, and came in the form of a collaboration with Frans Claerhout as a study of a series of 29 paintings of the same title. His final work in 1988 would be only the second volume of his published poetry, simply titled L.S. Whilst also his initials, the title contains another hidden mean in Latin; “lectori salutem” which translates as ‘salute the reader’.

Suggesting a mode of address where the personal becomes political, Strydom turns autobiographical insight to face the public as the poems wrestle with Afrikaans idiom and in so doing, reveal the contradictions inherent in South African political situation of the time. In retirement Strydom would apply the analytical methods he had cultivated as a literary scientist in the direction of another lifelong pursuit: collecting art. In fact, he would go beyond simply collecting art by becoming a central figure in both the lives of many celebrated South African artists and distinguished collectors alike. Returning to his hometown of George, he succeeded his brother Matthys at the Strydom Gallery, maintaining its status as an important cultural centre on the Garden Route.

Throughout his life as an academic, Strydom had consistently surrounded himself by art and artists and the gallery allowed a way for him to formalise this passion. He would famously drive from province to province in his bussie (mini van), visiting artists and sourcing work for the gallery. In the course of cementing these relationships so Strydom would gain a unique insight that he would later share with blossoming collectors, many of whom had bought their first work from the Strydom gallery under his guidance. Presenting art that was of high quality but still affordable and accessible to new audiences was as important to him and the gallery as handling top works by major artists. 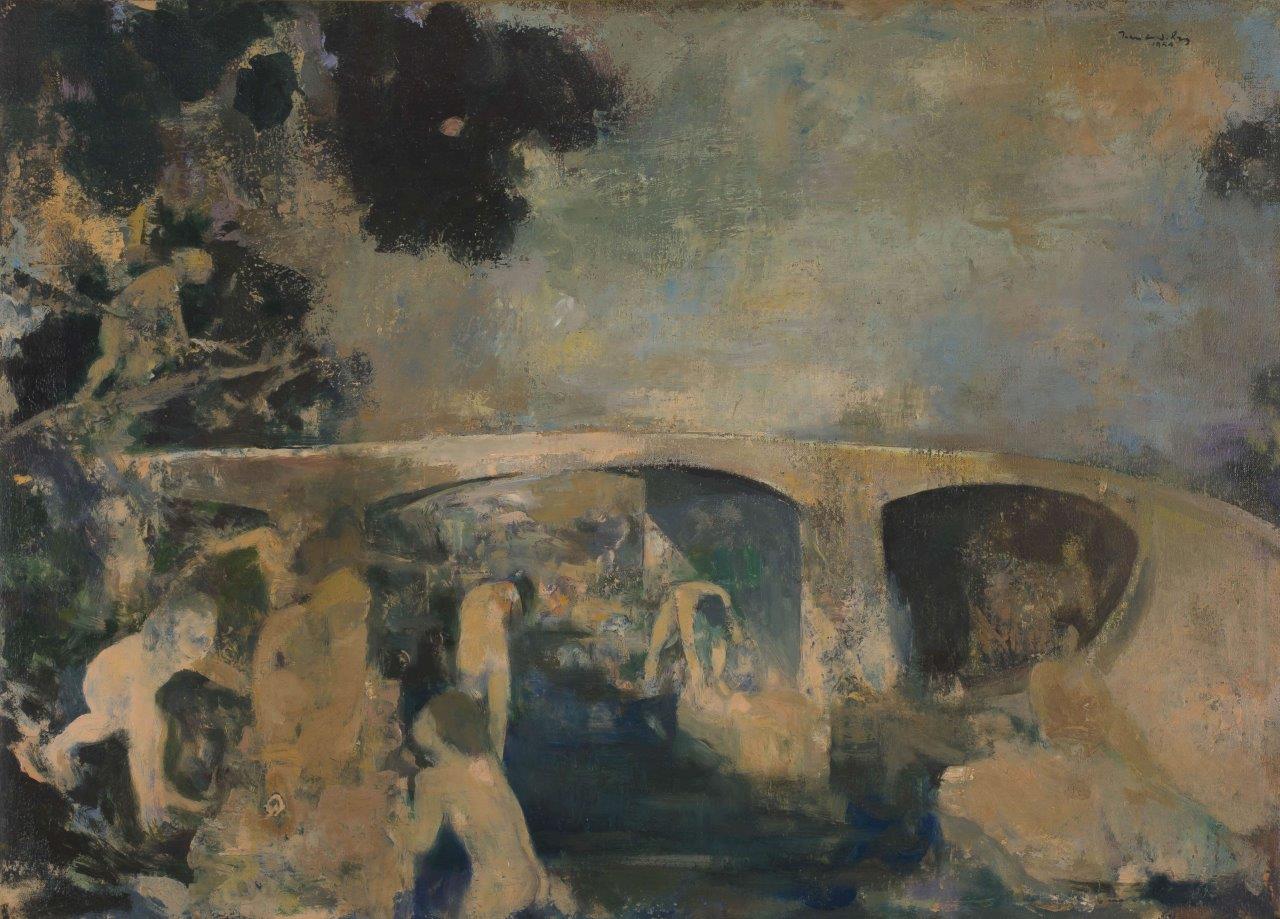 His philosophy of collecting was based upon “the art of knowing yourself” and centred around the moment of tension embedded in an artwork that challenges the viewer. Strydom would insist that a work of art must confront the viewer in order to disrupt our accepted ways of seeing, thereby forcing you to scratch beneath the surface and keep you coming back to look. Past and current chairpersons of Strauss & Co, Elisabeth Bradley and Frank Kilbourn, were regular visitors to the Strydom Gallery. They can testify to many long conversations with Strydom, to artists visiting the gallery, to the merits and meaning of artworks, to being an artist and to collecting and living with art.
Strydom’s personal collection is a result of this analytical search for new ways of seeing and understanding the artwork, as well as a consequence of his many friendships with the artists of whose work he collected, bought and sold during his years at the Strydom Gallery. In this way it is unique; a collector’s collection, designed to simultaneously challenge and absorb the viewer, and to ultimately allow us to see and think differently. However, most importantly, it should be understood as the history of Strydom’s own interrogation into the inner life of an artwork and the tension of that relationship to the external world.

The Professor Leon Strydom Collection and Sixty Years of Collecting Linn Ware, The David Hall Collection will be offered as a Virtual Live Auction, going under the hammer on Tuesday 10 August 2021. The exhibition of these works will be open to the public (by appointment only) from 2-8 August 2021 at Welgemeend in Gardens, Cape Town. Register, browse, bid and follow the auction in real time: www.straussart.co.za 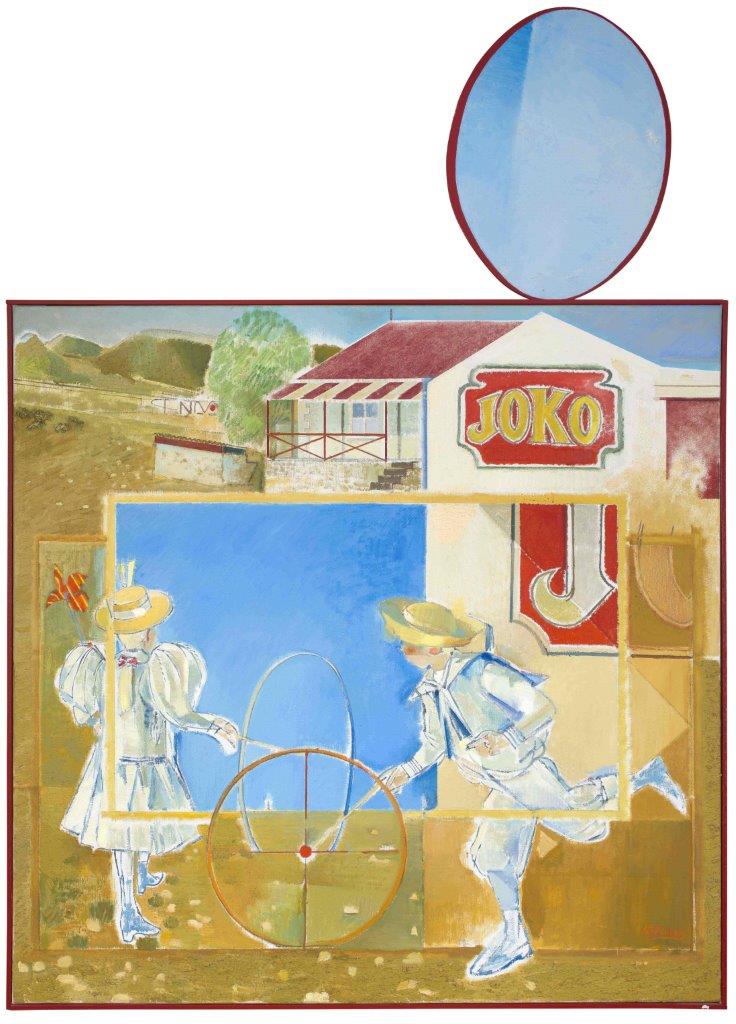 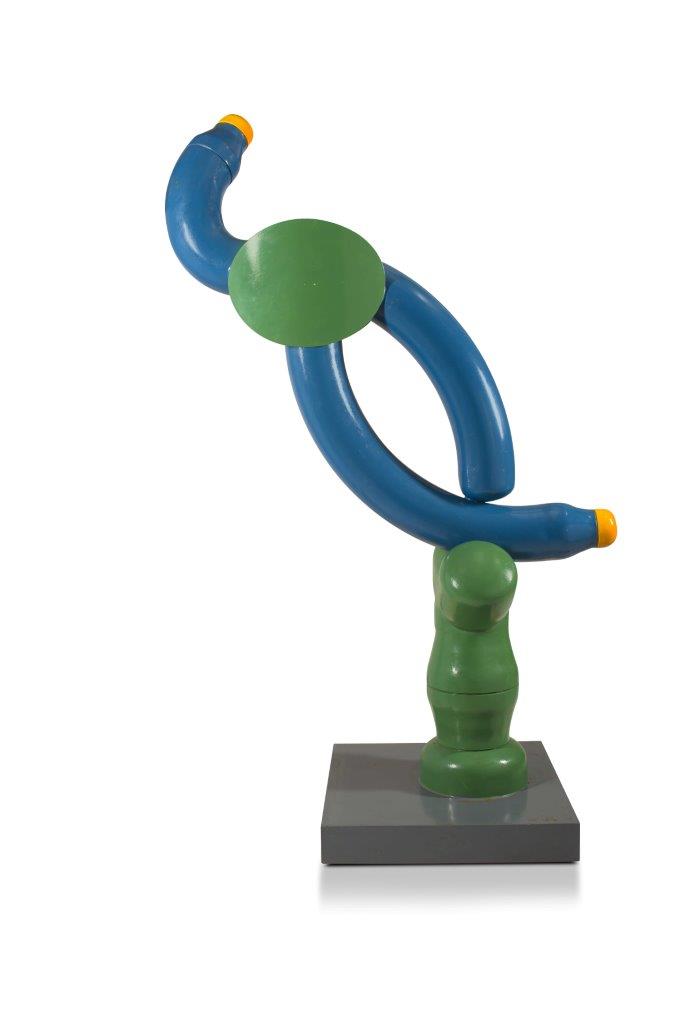 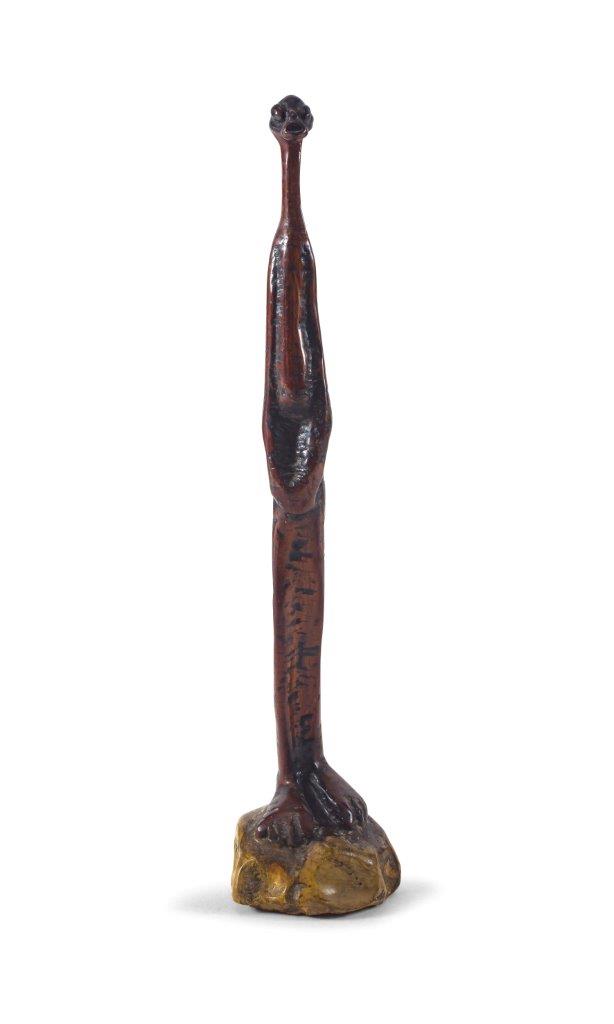