‘Audacity Is the Only Ticket’: How Winston Churchill, an Amateur Artist, Treated Painting as a Battlefield

‘Audacity Is the Only Ticket’: How Winston Churchill, an Amateur Artist, Treated Painting as a Battlefield 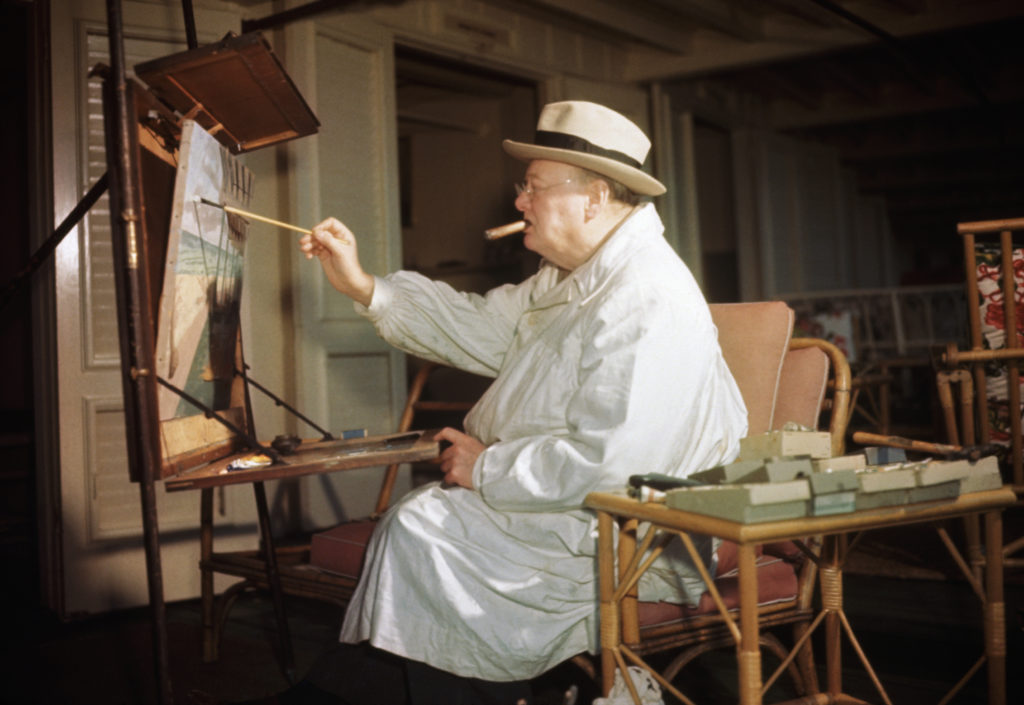 During the summer of 1915, Churchill’s spirits were at their lowest ebb in the aftermath of the disastrous troop landings in the Dardanelles at Gallipoli. There were large losses of life, and the British and imperial forces were eventually compelled to withdraw. As the most ardent advocate of what became this doomed operation, Churchill bore the brunt of the blame for the fiasco, and when Asquith was forced to reconstruct his government in May 1915, Churchill was compelled to resign as First Lord of the Admiralty, and was fobbed off with the sinecure post of Chancellor of the Duchy of Lancaster. Out of power, and very soon to be out of office, he fell into a depression so severe and so protracted that Clementine feared he would die of the grief which was hauntingly depicted by William Orpen in the portrait of Churchill he completed at that time. Shunned by the political establishment, Winston and Clementine sought refuge at Hoe Farm, a small country house they rented in Surrey, where Churchill’s younger brother Jack and his wife Gwendeline (known as ‘Goonie’), often came to stay. Goonie was an accomplished water-colorist, who brought her brushes and easel with her, and on one such visit she persuaded Churchill to try his hand at painting. He was immediately captivated, and soon changed to oils as being a stronger and more robust medium than watercolors. He sent Clementine to nearby Godalming to buy him paints, and on his return to London he opened an account with Roberson’s, the artist’s suppliers in Long Acre, where he made regular purchases of paint, turpentine, canvases, easels, and other materials. Hence, too, those first visits to the National Gallery, as he sought to study and learn from the techniques of the great artists of the past. …Read More