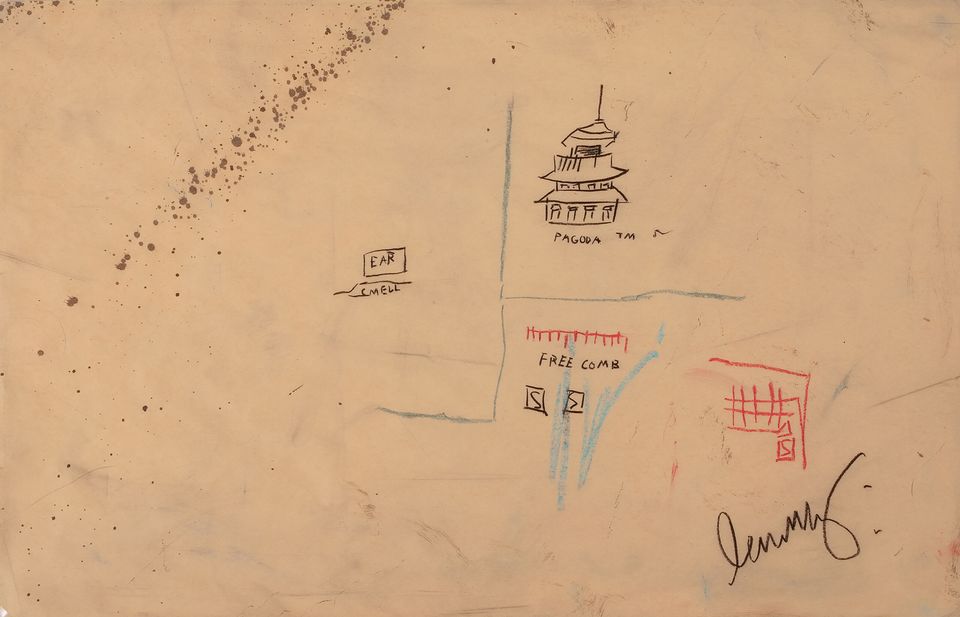 First there was the burned Banksy, now the winning bidder of an NFT of a drawing by Jean-Michel Basquiat will be given the option to destroy the original.

The 1986 mixed media work on paper, Free Comb with Pagoda, was bought privately in 2015 for an undisclosed sum. It had previously been offered at Heritage Auctions in Texas in 2012 for $80,000-$120,000, but failed to find a home. An NFT of the work is now being sold on OpenSea marketplace, where bidding starts at one ethereum (the equivalent of around $2,500).

But, in a twist some will view as perverse, the physical drawing will be “deconstructed” on purchase, if the buyer so wishes, leaving the NFT as “the only remaining form” of the Basquiat work, which was authenticated by the late artist’s foundation in 2002.