Bowing to Pressure From Right-Wing Politicians, the City of Kassel Will Move Olu Oguibe’s Pro-Immigration Obelisk Outside of the Town Square

Bowing to Pressure From Right-Wing Politicians, the City of Kassel Will Move Olu Oguibe’s Pro-Immigration Obelisk Outside of the Town Square 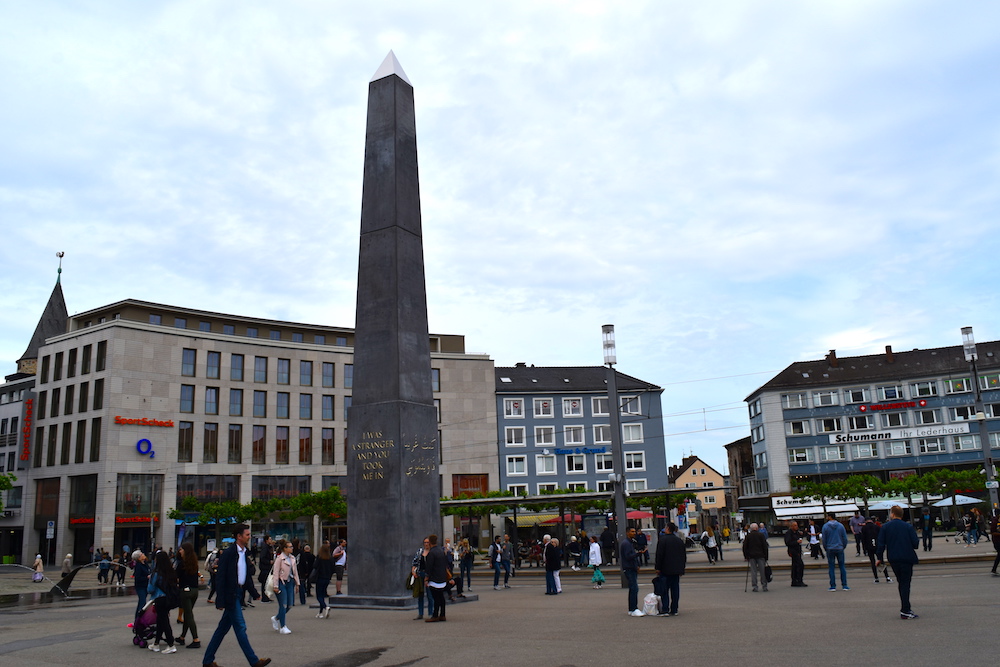 Olu Oguibe’s Monument for Strangers and Refugees, featuring the Bible verse “I Was a Stranger and You Took Me In” in four languages. Photo: Ben Davis.

The city of Kassel, which hosts the international quinquennial documenta, has finally reached an agreement with artist Olu Oguibe to relocate his contribution to the exhibition’s 14th edition, a giant 54-foot obelisk dedicated to refugees and migrants. The stone monument was erected in the city’s main square during the exhibition and had remained there for more than a year—until it was removed in the early morning hours of October 3 without the artist’s knowledge.

Since being installed, the obelisk, titled Monument to Strangers and Refugees, has become a frequent target of local politicians from Germany’s right-wing, anti-immigration AfD party (Alternative für Deutschland), who objected to the message of acceptance inscribed on its base. The inscription, taken from the Bible’s Matthew 25:35, reads: “I was a stranger and you took me in.” It is written in German, Arabic, English, and Turkish, a different language for each side of the work. 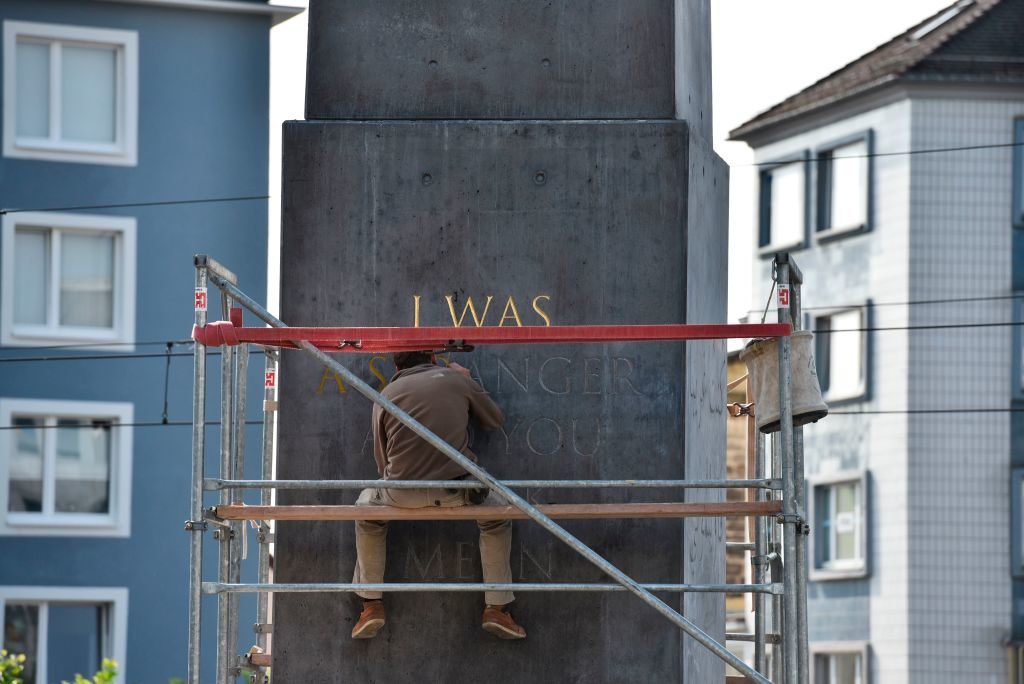 According to the German press agency DPA, city officials on Thursday reached an agreement with the Nigerian-born US artist to move his work to an alternative location close to the city center after months of negotiations. The mayor of Kassel told DPA, “I always stressed that we would continue negotiations about how to proceed with the artwork,” adding that the artist had received a draft contract for the purchase of the monument some time ago. Read more