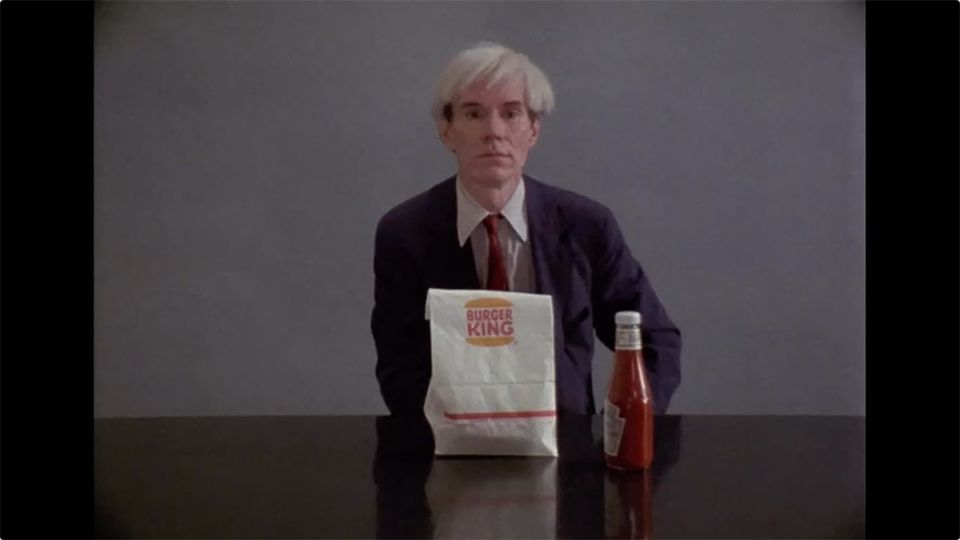 No, you weren’t imagining things. Yes, that really was Andy Warhol, really eating a Burger King Whopper in a Super Bowl spot for the fast food chain Sunday night. Art savvy watchers who stuck through the fourth quarter of the game were treated to a 45-second snippet of the delightfully weird Pop artist slowly unwrapping a plain hamburger, pouring out some ketchup—and when the bottle gives him some trouble, mumbling: “It doesn’t come out”—before taking a bite. The clip comes from a longer 4-minute performance by Warhol in the Danish director Jorgen Leth’s 1982 film 66 Scenes from America. “When we tried to get the rights from the foundation, they loved the idea because they felt it was true to him and something he would have done, in a way,” Juan Javier Peña Plaza, the executive creative director of the agency behind the commercial, told Adweek. “It’s about getting everyone to experience art.” Burger King’s global CMO Fernando Machado says the ad “truly elevates the Whopper to its iconic stature”. No one tell them that when Andy showed up to that film shoot, he was expecting to sink his teeth into a Big Mac rather than a Whopper, since McDonald’s was by far his preferred brand. “The most beautiful thing in Tokyo is McDonald’s,” the artist wrote in his 1975 The Philosophy of Andy Warhol. “The most beautiful thing in Stockholm is McDonald’s. The most beautiful thing in Florence is McDonald’s. Peking and Moscow don’t have anything beautiful yet.” …Read More