DIRTY BOOKS Art Times sits down with Conrad Botes and Anton Kannemeyer to talk about their new books, a fresh wave of censorship and the hypocrisy of the middle class.

We understand that in the publishing process, your printer tried to pull the plug and then your gallery launch got cancelled? Why so much drama?
Conrad Botes (CB): After being rejected by six major mainstream printers (of which at least one was the printer of porn titles like Hustler SA and Loslyf), on the basis that they were taking a ‘moral stance’; we eventually found a printer that agreed to print the books. Several weeks into the job and after having received a deposit from our publisher, the printer suddenly refused to print my book because staff had threatened management with strikes etc. The reason was that a certain image was considered blasphemous, and they demanded that it be removed from the book before they would continue. I discussed it with Anton and against our better judgement we decided to replace the image. A week later another image was deemed unacceptable by the print staff and again they demanded we remove it. This time we fought back and threatened them with legal action. In the end, after successfully censoring one image from the book, they printed it.

Meanwhile, we were getting ready to launch the books at Everard Read in Joburg. After getting wind of the controversy with the printers, the gallery staff decided that the exhibition and books were unacceptable and immoral and threatened to resign if the exhibition were to continue. In light of this, Everard Read decided to cancel the exhibition two weeks before the opening. We went ahead and launched regardless, indiestyle, at Love Books in Joburg, Fokof Bar in Pretoria and 131A Gallery in Cape Town.

Anton Kannemeyer (AK): What was really disturbing was the complete silence about the Everard Read incident from the art community in South Africa. No repercussions whatsoever for the gallery. In fact, they’re probably now regarded as a morally upright gallery, selling morally upright art. Nice people selling nice art. And allow me to quote Bertrand Russell here: “Whoever invented the phrase ‘the naked truth’ had perceived an important connection. Nakedness is shocking to all right-minded people, and so is truth.”

You’ve been censored frequently in your career. How is this time any different?
CB: When we started out we were attacked by the conservative right. In 1994 our comic, Gif, was banned. It was the first book to be banned under the new constitution, but we were pretty sure it was old apartheid government structures that were responsible for this. Gif was a full on attack on Afrikaner values and culture and it ridiculed white male identity. Today our work and exhibitions are censored by the liberal left. We have come full circle.

AK: I think there are different levels of censorship: when Gif was banned in 1994 it was by the hangover of the last apartheid government. The attacks on our work came from the Afrikaans conservative community. At the time the liberal press and even academics supported our work and pointed out how shortsighted the attacks on our work were. Now the “liberal” press and academics do not support our work, either because they are afraid to support such controversial publications, or because they truly believe that it has no conceptual merit in these times. Since the Charlie Hebdo-killings in 2015 the world turned against satire: all of a sudden certain symbols or metaphors became hurtful. Offence became a crime. Social media has also made everyone with a Twitter or Facebook account an art critic. If they see an explicit drawing it’s all they see, the satire and meaning disappears. This new censorship is not forced down by the government, but by a mob on social media. Unfortunately the press now listens to social media and popular opinion, rather than to common sense or factual evidence. Most publishers, curators, editors and the media in its totality are toeing the line.

Are we going backwards as a society?
CB: Yes. I think a lot of people would welcome the restrictions on freedom of speech. This would be one of the biggest catastrophes of our age.

AK: I’m very interested in history: it teaches us all we need to know about the future. Having lived under censorship, I know how dangerous it can be. The so-called liberals of today are enabling censorship to return in the legislature, while students are begging for censorship to come back. Both the right and the left are fighting for censorship, it’s shocking to witness. 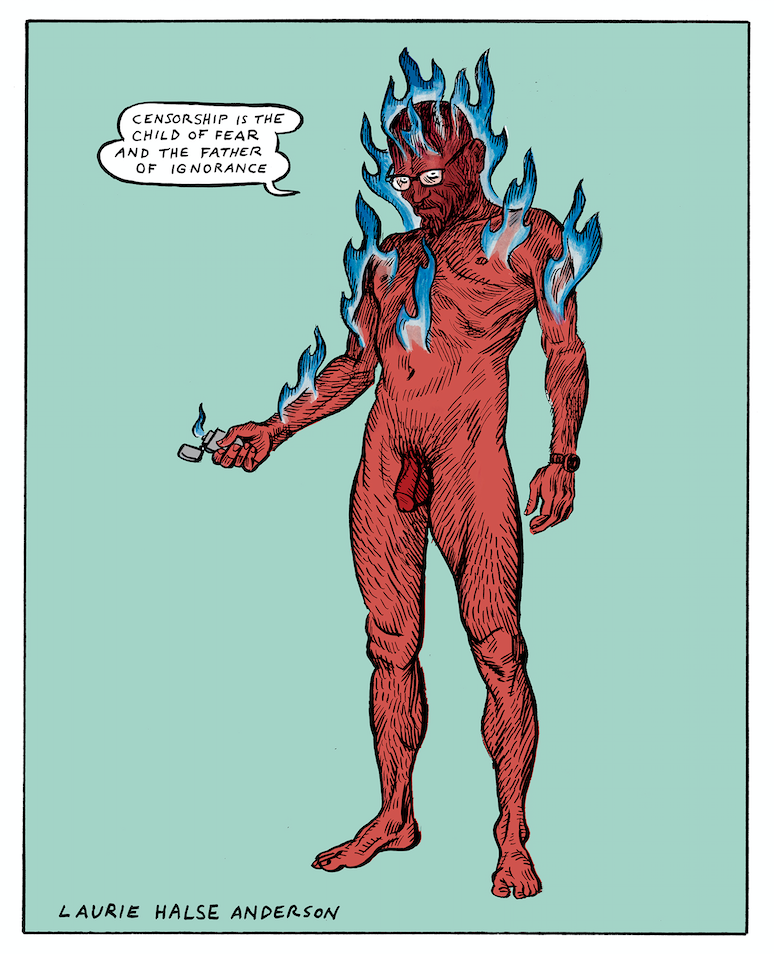 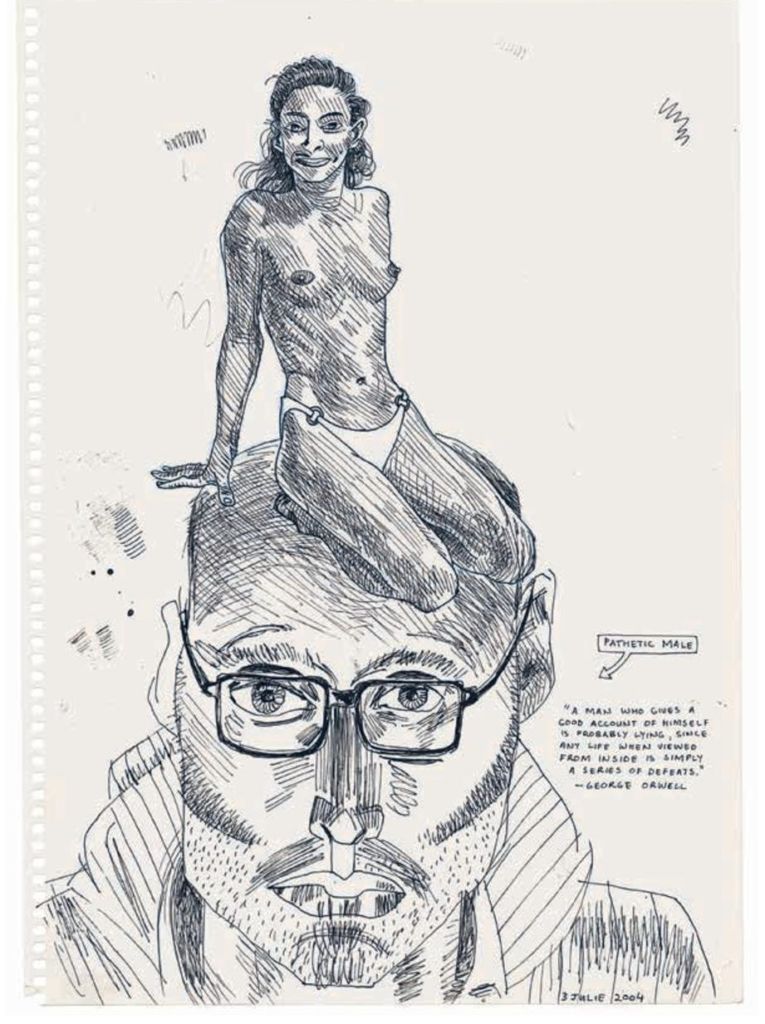