Dr Esther Mahlangu – 85 A Sacred Geometry at The Melrose Gallery

Dr Esther Mahlangu – 85 A Sacred Geometry at The Melrose Gallery ‘Esther Mahlangu 85’, curated by Ruzy Rusike, will present a comprehensive selection of the bold, abstract paintings for which she has become globally acclaimed. The works range from small A4’s to round ‘tondo’s’ and a large panel piece that is 3,6m x 2,4m in size and were painted over 4 years.

Whilst Dr. Mahlangu is globally acclaimed, very few solo exhibitions of Dr. Mahlangu’s artworks have been curated in South Africa and this will be a rare opportunity for enthusiasts to see such a large selection of her works in one space.

The exhibition will also act as an announcement for Dr. Mahlangu’s much anticipated Retrospective Exhibition. The Retrospective will be curated by Nontobeko Ntombela and Nkule Mabaso. The curators will spend the rest of 2020 and 2021 working closely with Lethabo Gumede to conduct extensive research into Dr. Mahlangu’s life, practice and valuable contribution to contemporary art over 7 decades.

The Retrospective Exhibition will launch in South Africa towards the beginning of 2023 before it begins an international museum tour that will work to give massive audiences the opportunity to experience and learn from Dr. Mahlangu’s practice.

Mam Esther, as she is affectionately known by many, started painting at 10 years of age, where her mother, and her mother before her, taught her the skills of mural painting with fingers and feathers, as well as the intricate art of beadwork. Since her ascension to global notoriety in 1989, she has brought a touch of South Africa to other continents so that those abroad may experience
the structured and vivid complexity of her work. Establishing herself as a visionary and disruptor from an early age by becoming the first person to reimagine Ndebele design on contemporary mediums.

This has led her to paint anything from planes, cars, motorbikes and skateboard decks to canvas, walls, pots, mannequins and even war helmets.

In 1991 she became the first lady and first African to be invited to participate in the BMW Art Car Collection with other notables of the likes of Andy Warhol, David Hockney, Roy Lichtenstein and Frank Stella. In February 2020 she became the first artist in the world to be commissioned to create a painting for insertion in the ‘gallery’ of a Rolls-Royce Phantom called the ‘Mahlangu’ in her honour. 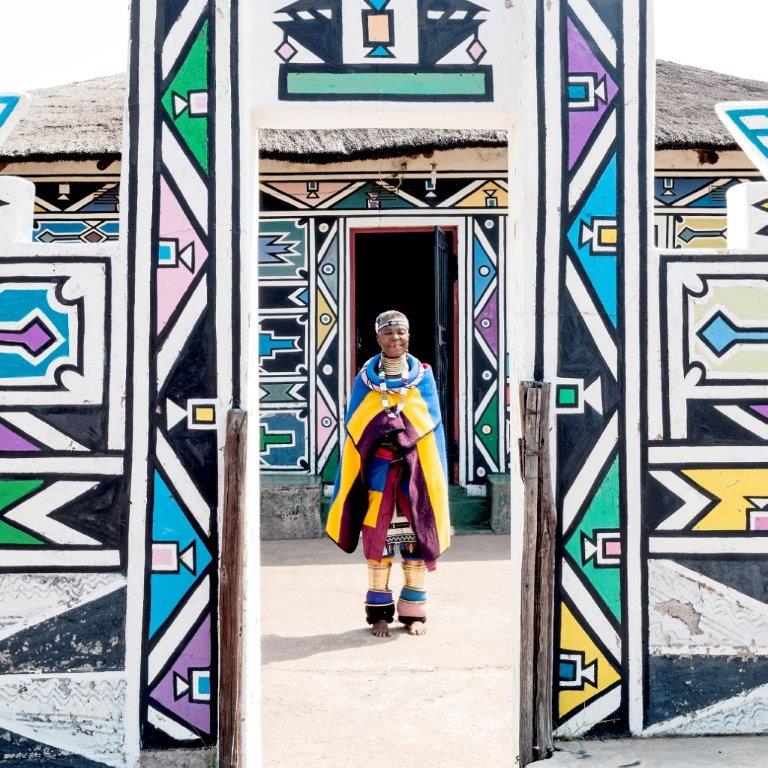 Dr. Mahlangu still chooses to live at her homestead in rural Mpumalanga but she has spent extensive time visiting and working in many of the world’s largest cities. She continues to travel to collaborate with respected curators, museums, galleries, art fairs, global brands and celebrities.

She has painted two murals at the Smithsonian Museum, participated in a residency at the Virginia Museum of Fine Arts in 2014, her BMW 7 Series was unveiled at Frieze Art Fair in 2017 and her BMW 5 Series graced the front cover of the catalogue for SA Art of A Nation at the British Museum in the same year.

Dr. Mahlangu has received numerous awards over her career including two honorary doctorates, an appointment as Officer of Arts and Letters which is the highest recognition granted by France for excellence in the arts, the first UNHCR Southern African NGO and Multi Stakeholder Award from the United Nations in 2019.

Mam Esther is a national treasure and great source of national pride. She is an inspiration to all as a symbol of how one can overcome the greatest of challenges with passion, commitment and dedication. 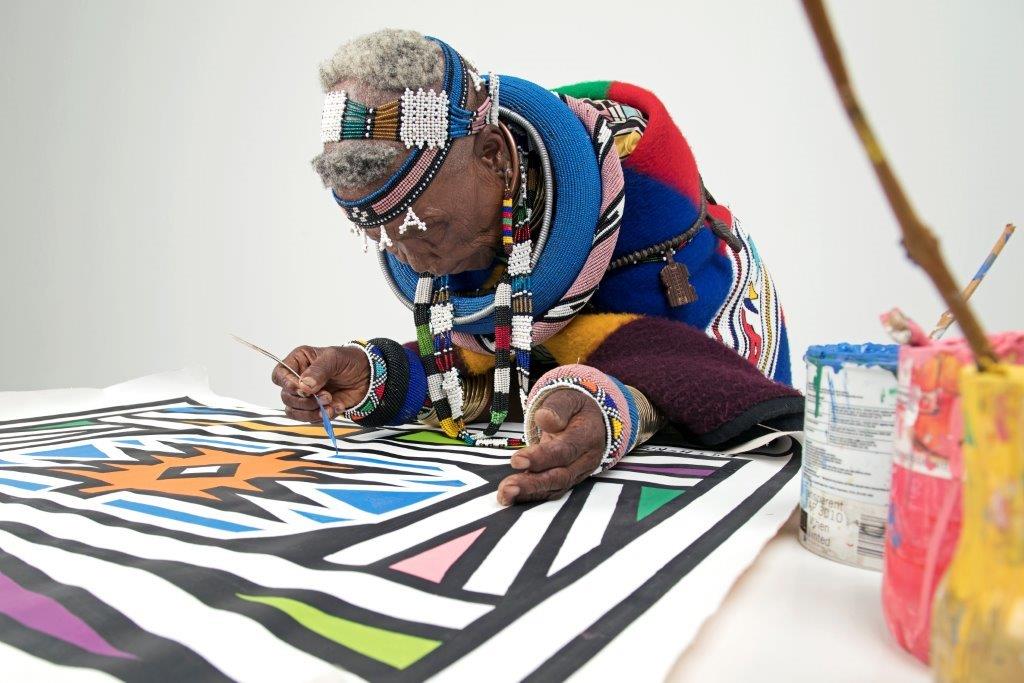