Aspire Art Auctions presents a striking early portrait by George Pemba as an important highlight in their forthcoming Cape Town Auction in 2021.

George Milwa Mnyaluza Pemba occupies a unique place in South African art. His depictions of people are marked by insight and empathy for his fellow human beings. Painted in 1947, I Epolojice My Warship is a legacy piece that introduces Pemba’s social realism and comes to market at an estimate of R400,000 – 600,000. 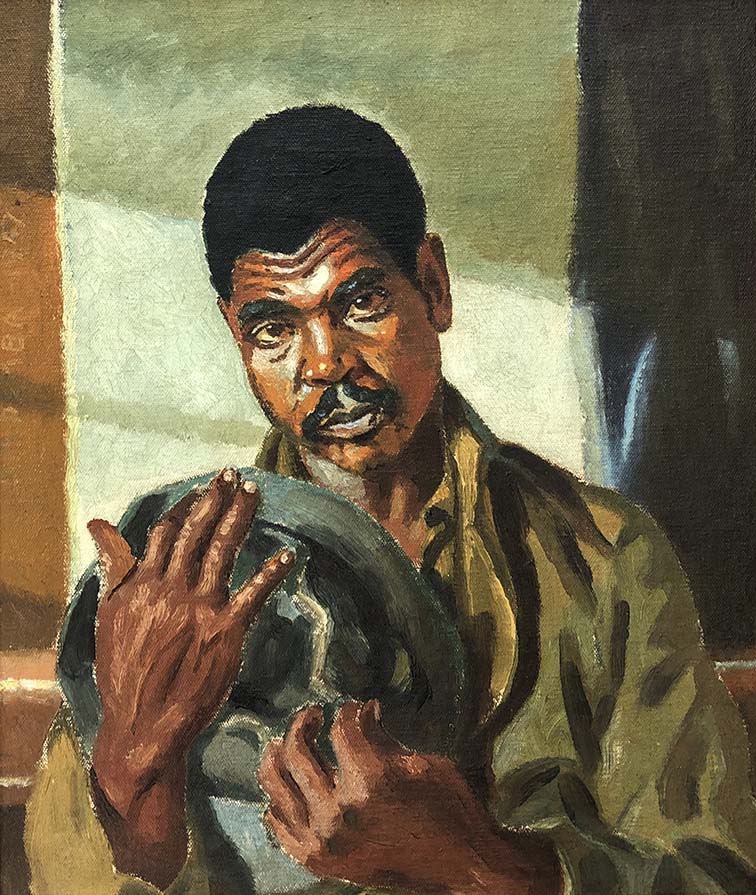 Pemba completed this painting while he was preparing for his first solo exhibition in East London in 1948. The work was originally acquired directly from the artist and has remained in the same private collection for over six decades. An accomplished portrait in oil paint, it stands among the finest works by Pemba ever to come to auction.

This rare early painting can be appreciated on multiple levels. The apparent humour of the title (inscribed on the reverse of the canvas) resides in the artist’s deliberate use of pidgin English which the court — at that time — might have expected of a black man. Pemba, one of the first black artists to benefit from tertiary education, provides clear indicators of his intent in the title in which the phrase ‘your worship’ is transposed into My Warship – each the very antithesis of the other.

The sitter’s quizzical expression alerts the viewer to the significance of the work. Pemba’s expertly painted portrait conveys the humanity of the subject caught in a double bind — while understanding the consequences of a harsh judgment from the court, he must nevertheless perform obsequiously while not undermining his own sense of self-worth. With his subject consciously role playing the obsequiousness required in the relations between subaltern and coloniser, Pemba provides a critique of the colonial order of authority.

Hayden Proud, Curator of Historical Collections of Paintings and Sculpture at the Iziko South African National Gallery and author of the Pemba monograph, commends “Pemba’s respect for the value of good drawing, inventive composition, accomplished handling of paint and an overarching sense of vision”, which are evident in this early painting.