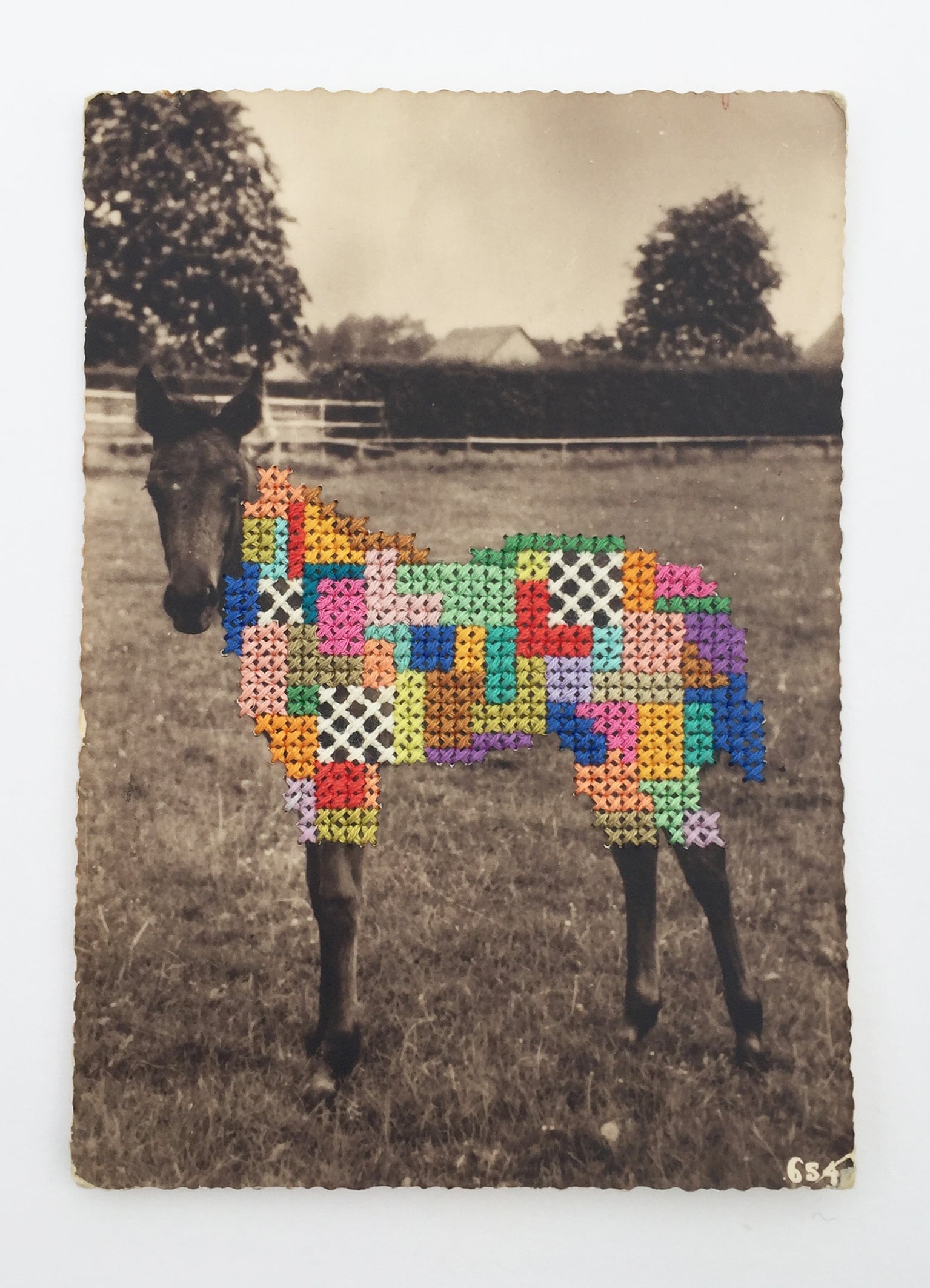 Llandudno-based textile artist and designer Francesca Colussi gives old postcards a second life with embroidery. She collects photographs from vintage shops across north Wales and adds fresh colours and textures to them. Her technique varies from piece to piece, either adding something new, colouring over a feature of the photograph or erasing something completely. “I can add my own storytelling to the images,” she says. “It’s a conversation between yourself now – your passion for stories, for colours – and something that already existed and has a story, but has somehow lost it.” She has yet to discover a forgotten romance in the messages on the back of her postcards: “I don’t know if it’s a British thing, but mostly they write about the weather.” …Read More

Pictured: Francessa Colussi embroiders old postcards to give them a second life