Extensive Landscapes at The Cape Gallery

Extensive Landscapes at The Cape Gallery

Extensive Landscape – New Horizons – Memoirs of the past
Written by Gail Dorje
www.thecapegallery.co.za

Open to view online www.capegallery.co.za and in The Cape Gallery, 60 Church St from 5th November this exhibition of ‘Extensive Landscapes’ showcases a diverse collection of landscape paintings and graphics.
Prevailing influences from the past. 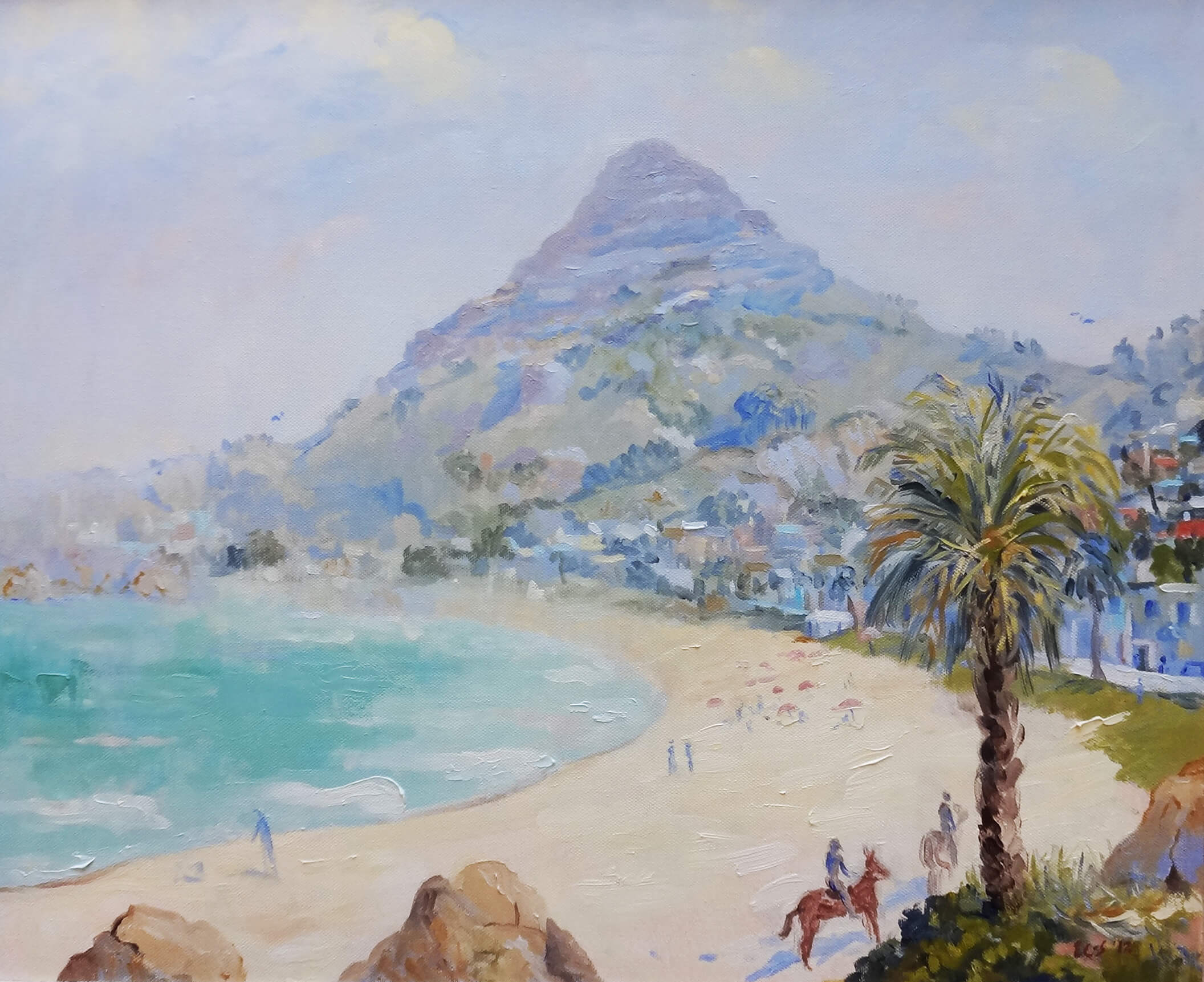 Landscape paintings form the core of many South African art collections, a trend set when trade and exploration forged new frontiers in the 17th century, followed by the establishment of a prosperous middle class in Europe who brought new patronage for the arts. Popular genres of landscape painting in Europe were to be paralleled in South Africa.
In the 19th century in France a group of artists rejected formal academic strictures and chose to paint ‘en plein air’, accurately observing the light and painting a ‘slice of life’. Known as the Impressionists their influence was felt throughout Europe and in the colonies.In South Africa Pieter Wenning (1873 –1921), Tinus de Jongh (1885 –1942), Gabriel de Jongh (1913-2004, Edward Roworth (1880 –1964), Nita Spilhaus (1878 –1967) and Ruth Prowse (1883 –1967) were aware of the Impressionist’s colour theory and occasionally resorted to it but they favoured an academic approach to painting landscape. It was left to Gregoire Boonzaier (1909 –2005) and Strat Caldecott (1886 – 1929) to fully embrace the Impressionist precepts
Interestingly, Dutch born J H Pierneef (1886 – 1957} considered himself to be a decorative artist. His landscape compositions are underpinned by a strong geometric design, consistent with the 20th Century Art Deco architecture and ornament.
In the 20th Century post war technology accelerated change and a thirst for new directions in art such as Expressionism, photorealism, abstraction.
Our current exhibition.
In the Post-Modern climate of the 21st century an artist can select a genre appropriate to their practice. South African artists grounded in past traditions carry cellphones with cameras, use computers and can Google libraries of images and technical information. 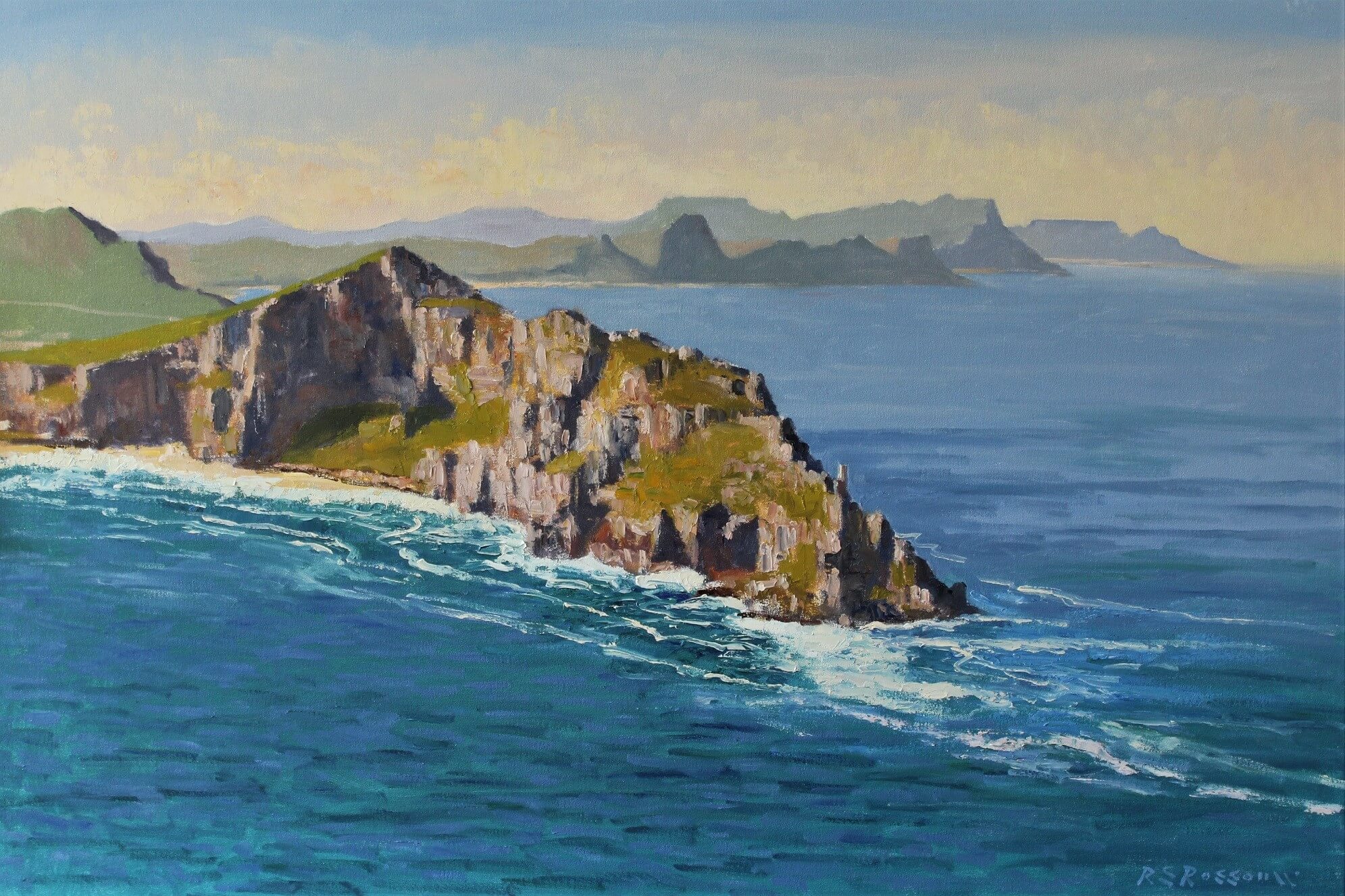 Roelof Rossouw enjoys painting within the post-impressionist tradition, often painting ‘en plein air.’ However, when challenged to paint a view of ‘Cape Point where the Two Oceans meet’ Roelof will compose the scene on his computer using an aerial photograph before painting it in the traditional manner. 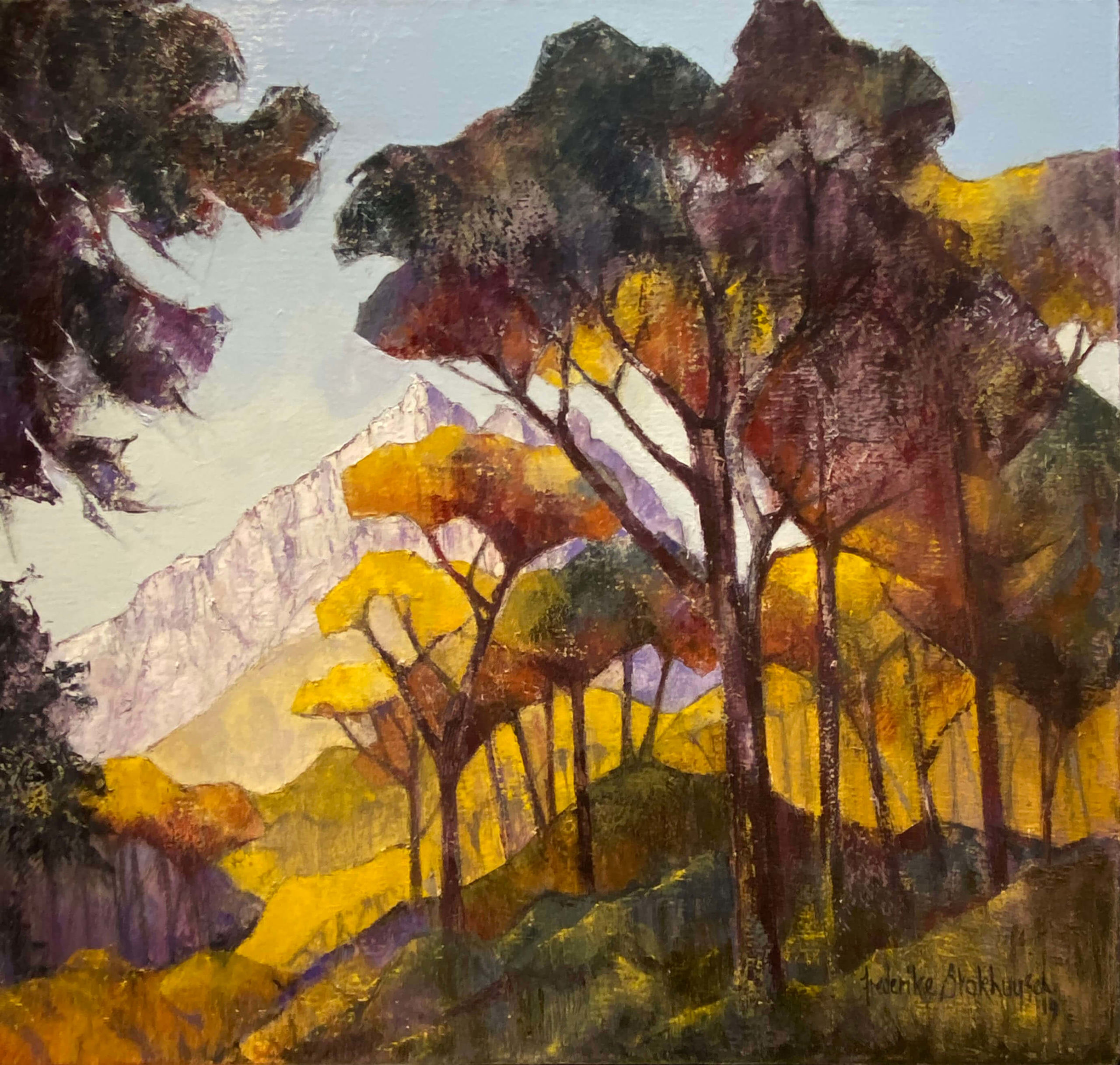 Frederike Stokhuyzen daughter of Dutch parents grew up in South Africa. J H Pierneef was a family friend. She studied Fine Art at Rhodes University following this with a course in stain glass at the Central School of Art in London. Her oil paintings are a paeon to nature, painted in vibrant colours with a palette knife from carefully observed pen and wash sketches.
In a subtle way, human thoughts, or feelings can become entangled and encoded in representations of landscape. Poetry, history, and novels we read, music we listen to; all these are predisposed cultural filters informing the intent of the artist and will elicit the attention of the viewer. 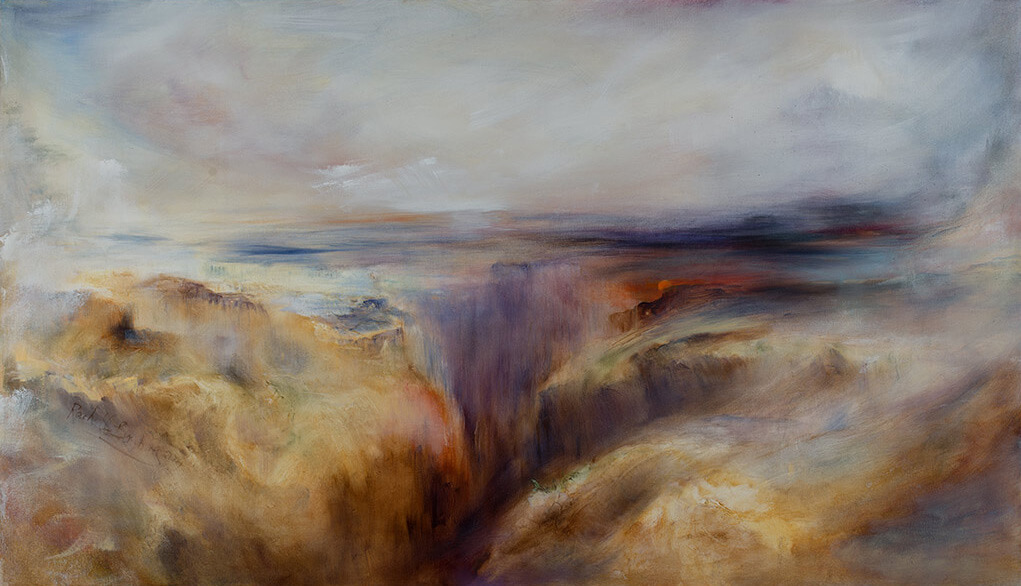 Rachelle Bomberg’s painting ‘Chasm’ conveys her concern that the amazing advances in technology may come at a cost of our humanity, that ironically as we unlock the mysteries of creation, our connection to the natural world becomes remote. 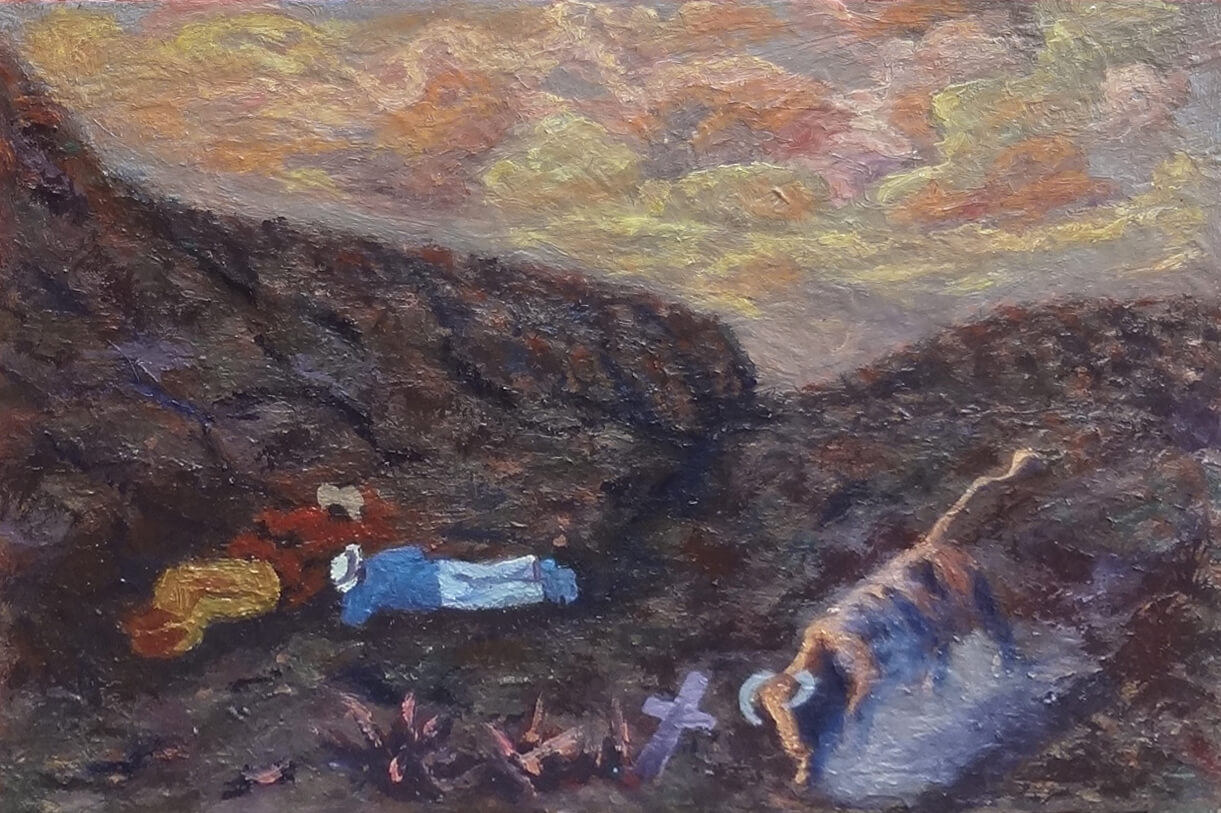 Bangikaya Maqoqa, a traditional sangoma whose dream is message from his ancestors requiring interpretation, paints a land divided in ‘Omen of the disconnected.’
The scope of the ‘Extensive Landscape’ is varied and the influences as complex as the group of artists who have contributed paintings. For further information please visit The Cape Gallery website www.capegallery.co.za and follow the links.