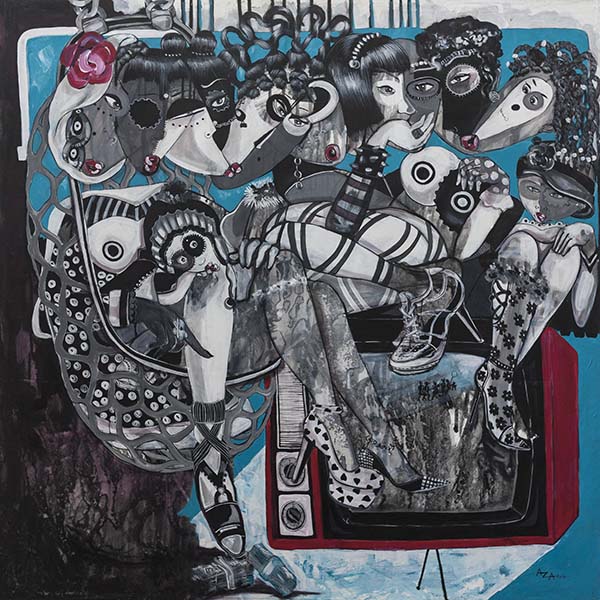 Aza was born 13 June 1980 in Kinshasha (Democratic Republic of Congo). She currently lives and works in Doula/ Cameroon.

She is a talented visual artist who works in different genre including painting, sculpture, installations and video.

Aza identifies closely with the Congolese school of classical, figurative realism, although her canvases are characterised by colourful abstract backgrounds using flat expanses of colour. She is inspired by daily life and popular culture resulting in powerful, energetic paintings that have a unique African pop art style.

Influenced from an early age by comics purchased by her parents, Aza’s works often include stylised figures with almost a mythical or super hero type feel. Whilst she is addressing important themes that are relevant to herself, her community and the continent of Africa, this is done with an almost palatable sense of humour.

Her main subject matter is people, men and women, often in groups, armed with spectacles, hats, masks, and extravagant make-up and jewellery. And always lively, smiling, noisy, highly expressive, their gestures bordering on mime or clowning. 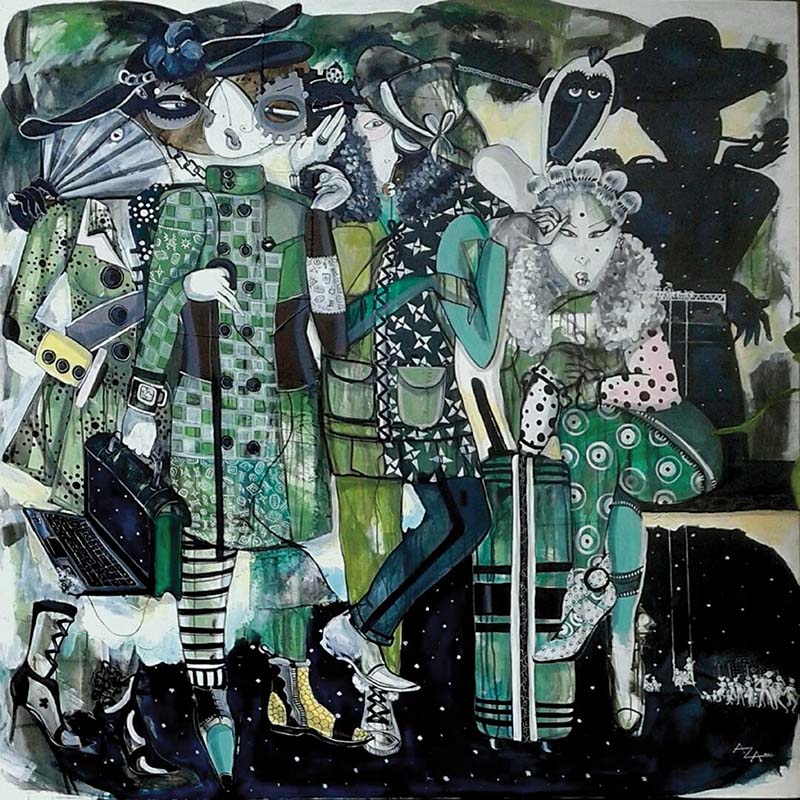 African masks, domestic pets wearing head phones to drown out the noise, fashionistas and their high heels, music, the people of Cameroon, cars, cellular phones, camera’s and TV screens all dance on the canvas and present a window into the frenetic world in which she lives.

These brightly coloured creatures are the embodiment of life and gaiety, two synonyms (in Aza’s vocabulary) for beauty. Life is a celebration. Her work is exclusively bright, light-filled and festive. Hope, she says, is all that matters. But hope for what? The hope for a moment of happiness – however brief – with another. A quest clearly expressed in her canvases, with their cheerful tangle of forms, indistinct bodies that mix and mingle, perfectly illustrating their need to unite and exchange with others.

Come together: the secret of progress. ‘No one can evolve alone, everyone needs someone else’, Aza Mansongi.

Aza went to primary and secondary school and entered The Higher Technical School for Fine Arts in Kinshasha in 2002. Growing up in the Democratic Republic of Congo it is no surprise that her artworks also often include guns and other weapons of war. This has been a part of daily life for Aza and the people of this region for her entire life. But they are presented as part of a snap shot into daily life and as not the dominating factor. 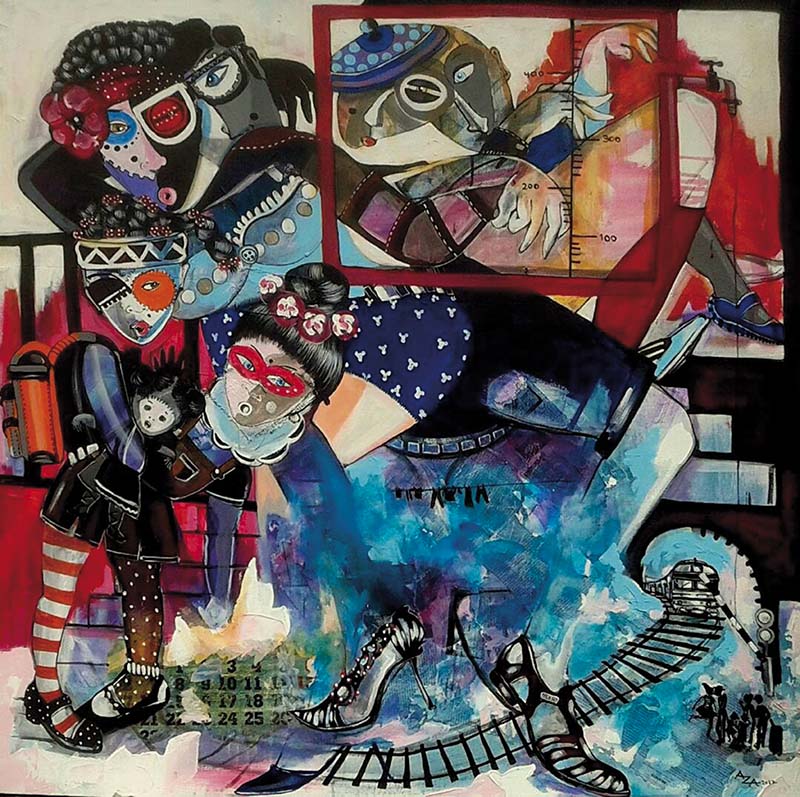 Aza has exhibited extensively in Africa, Europe and the U.S. In 2017 she appointed The Melrose Gallery in Johannesburg to exclusively represent her in South Africa. In 2006, she took part in the group show ‘Under African Skies’ at the Sankaranka Gallery in Brooklyn (New York). In 2008, she produced a monumental fresco (80 x 3 metres) with the 3 Kokoricos Collective and Belgian artist Arnaid Debal at the French Lycée in Kinshasha.