Since its inception in 1984, the Turner Prize has been given to one artist based in the United Kingdom annually. But in a first, this year’s prize went to all four artists shortlisted for the award.

At a ceremony on Tuesday at the Turner Contemporary art space in Margate, England, the award’s jury revealed that the four shortlisted artists—Lawrence Abu Hamdan, Helen Cammock, Oscar Murillo, and Tai Shani—had won as a collective. According to a release, the artists had banded together to request such a consideration in a sign of solidarity amid political upheaval around the world.

“None of us had met each other prior to the Turner Prize, however on our initial meeting in Margate, we quickly recognized the underlying shared ethos that runs across our otherwise very different practices,” the four artists wrote in a joint letter that was submitted to the jury earlier today and distributed to the press this evening. “At this time of political crisis in Britain and much of the world, when there is already so much that divides and isolates people and communities, we feel strongly motivated to use the occasion of the Prize to make a collective statement in the name of commonality, multiplicity and solidarity—in art as in society.”

Alex Farquharson, the director of Tate Britain in London and the chair of the prize’s jury, said in a statement, “In coming together and presenting themselves as a group, this year’s nominated artists certainly gave the jury a lot to think about. But it is very much in the spirit of these artists’ work to challenge convention, to resist polarised world views, and to champion other voices.”…Read More 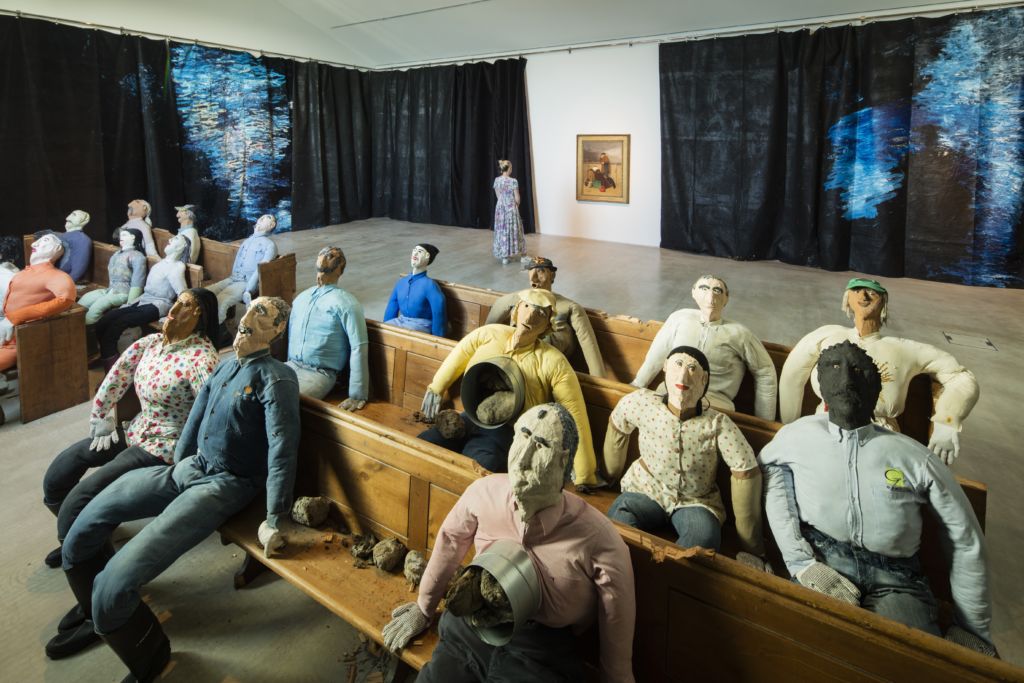 Work by Oscar Murillo who was nominated for the Turner Prize 2019. Photograph by David Levene.