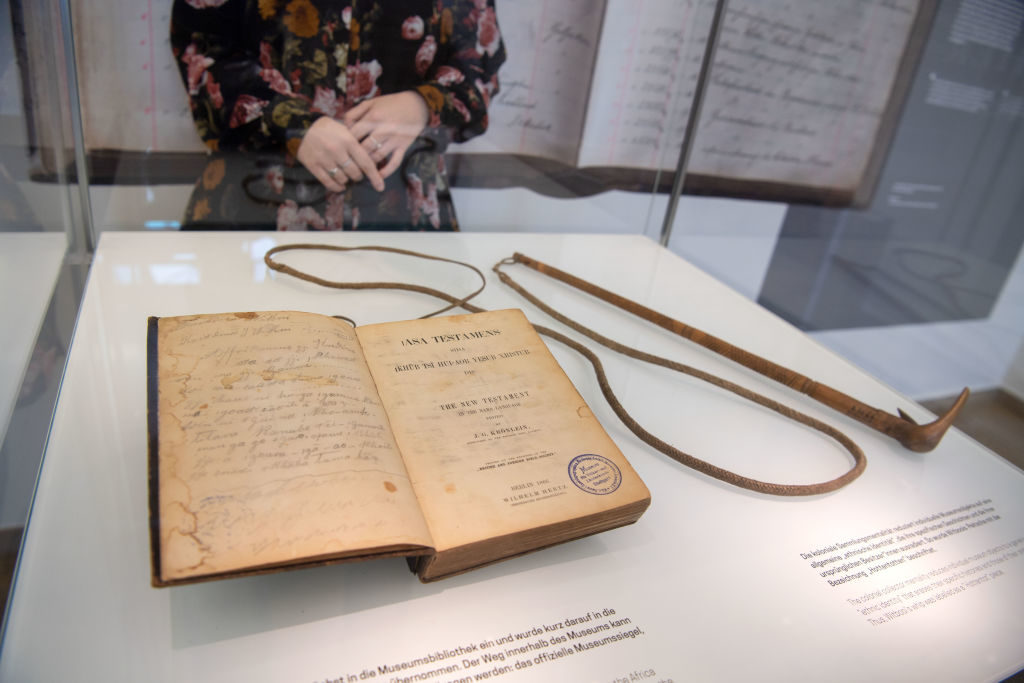 The German city of Stuttgart will return artifacts looted from the country’s colony in what is now Namibia on March 1 during a ceremony with Namibian president Hage Geingobin.

German state minister for science Theresia Bauer will travel to Namibia to hand over a whip and bible from the collection of Stuttgart’s Linden Museum that once belonged to Namibian national hero Hendrik Witbooi, a leader in the fight for independence against the German colonizers during the Nama-Herero uprising. …Read More

Pictured: A bible and a whip from the estate of Hendrik Witbooi. Photo: Marijan Murat/picture alliance via Getty Images.