Alexis Preller and his soul mate and sole heir

Preller kept the painting in his possession for decades before gifting the work to Guna Massyn, a young man with whom he had developed a close relationship. Preller’s striking portrait of the young man will also be on the auction (see attached below).

Preller and Guna Massyn met in 1968, via a note left in Preller’s post box, when Guna was 18 years old and working as a postal clerk in Brits near Pretoria.

Impressed by Guna’s earnestness, Preller befriended the young man, inviting him to visit his home, Dombeya, at Hartebeespoort. Soon Guna was living with Preller, receiving tutoring from the older artist, working as his studio assistant and then increasingly playing an important role in his life and work.

By late 1975 Preller’s health had taken a turn for the worst but before entering hospital for surgery he made Guna his sole heir. Alexis Preller passed away on 13 December 1975. Tragically, Guna Massyn passed away in a fatal car accident a few days later, aged 25. They are buried side by side at Dombeya.

Alexis Preller and Guna Massyn met in 1968, via a note left in Preller’s post box, when Guna was eighteen years old and working as a postal clerk in Brits. Impressed by Guna’s earnestness, Preller befriended the young man, inviting him to visit his home, Dombeya, at Hartebeespoort. Soon Guna was living with, receiving tutoring from the older artist, and working as Preller’s studio assistant.

One of his responsibilities in the studio – alongside preparing works for auction, hanging exhibitions, contacting owners for the loan of works for signiﬁcant exhibitions like the 1972 Pretoria Art Museum retrospective – was to trace works and transfer images to new canvases for Preller to rework. This habit of Preller’s of reworking an existing image can be seen in the portraits of Guna where the young man’s portrait is typically austere, precisely contoured, only the subject’s head and neck are shown, deﬁned against a ﬂat background divided in two planes, yet still speaks to the admiration that Preller felt for Guna. This work is of interest in that the direction in which Guna faces is to the left, in contrast to others in which Guna faces to the right.

At the time of their meeting Guna’s surname was de Jager, but he was to subsequently change it to Massyn upon the marriage of his mother to Frans Massyn. This change is noted in the inscription on the reverse of one of his earliest works, Vincent van Gogh (Lot 539), to Guna on 26 November 1969 and inscribed it on the reverse (see Lot 539), and would continue to present works to Guna during their relationship.

Massyn himself harboured the dream of creating a museum of Preller’s work at Dombeya and would curate the works of Preller’s that the elder artist had retained (such as Sun Flowers (Lot 551), which was likely ﬁrst exhibited at the Gainsborough Gallery exhibition of 1945) and would often attempt to obtain important works that the artist had previously sold, such as one of the other van Gogh-inspired works in Preller’s oeuvre, Man In the Sun, that was obtained rather controversially by Guna to be gifted to Preller.

In early 1972 Preller and Massyn travelled to Europe, visiting Paris, the South of France and Greece. Preller sought to share the wonder that he had experienced in Greece. His ﬁrst-hand encounters with Greek art and sculpture was to have a profound effect upon his work over the remaining years, particularly in relation to works such as Creation of Adam and Marathon.

Guna played an important part in Preller’s seminal retrospective at the Pretoria Art Museum in 1972. By late 1975 Preller’s health had taken a turn for the worst. At ﬁrst he had refused the recommendation of his doctor, but by December he had made a decision and entered the Pretoria Hospital for surgery. Preller had made Guna his sole heir, and before he entered hospital he gave detailed instructions should he not return.

Alexis Preller passed away on 13 December 1975. Tragically Guna Massyn passed away in a fatal car accident in December 1975, aged 25. They are buried side by side at Dombeya, Hartbeesport. The three works offered on this sale – Vincent van Gogh, Sun Flowers and Guna Massyn – were sold on the Volks Art Auction of Preller and Massyn’s Estate on 3 March 1978. – L.C. 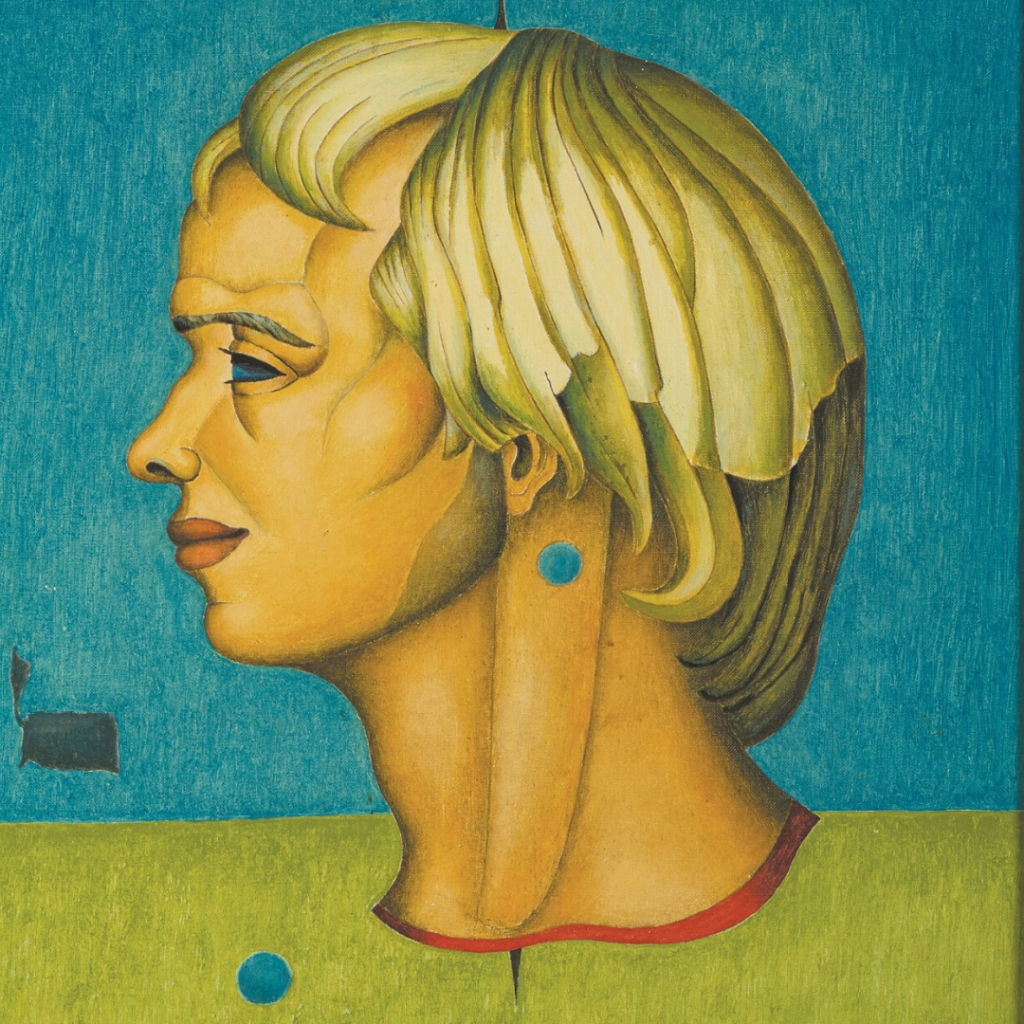