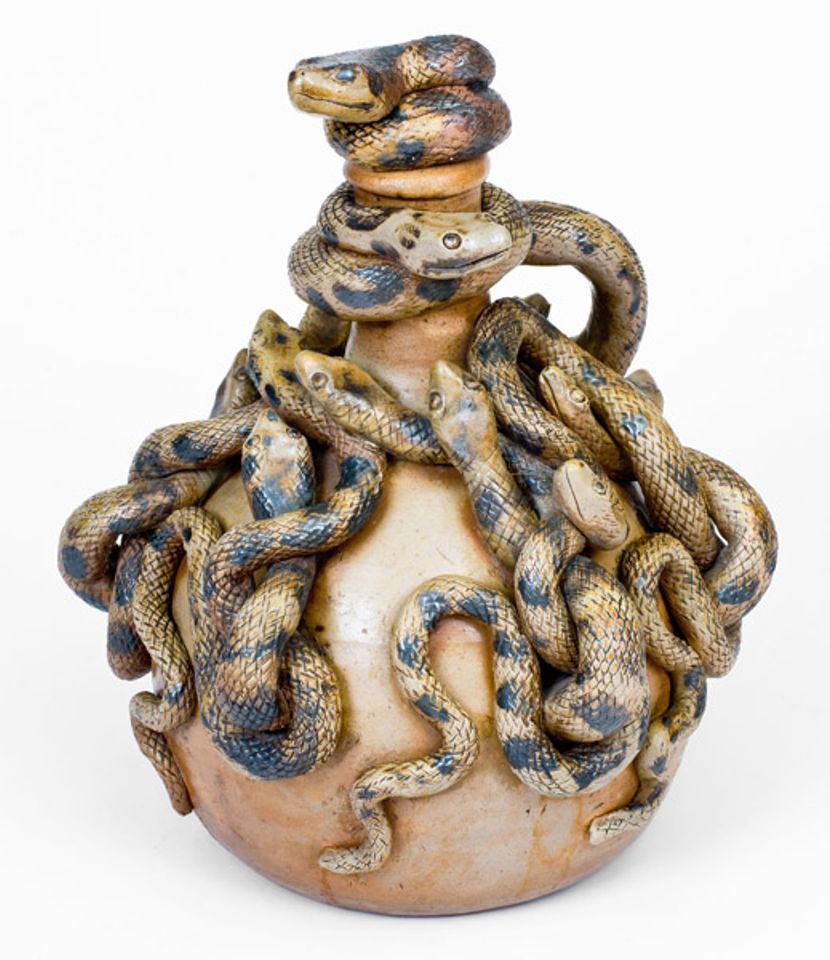 The “snake jug” shattered the previous record for Anna Pottery, a niche favourite of Americana collectors

A sinuous salt-glazed stoneware jug made by the 19th-century potters and brothers Wallace and Cornwall Kirkpatrick broke the auction record for a piece of “Anna Pottery”, a celebrated category of American folk ceramics named after the artists’ native Anna, Illinois. The work was sold this week (3 November) to a private American collector on behalf of an undisclosed US museum at the Maryland auction house Crocker Farm for $141,000 (with premium) against an estimate of $50,000 to $70,000.

The Kirkpatrick brothers, who have a cult following among folk collectors, launched their foundry in 1859, using the local beds of brown clay and horse-powered clay grinding techniques to create their distinctive stoneware. Over five decades, the Kirkpatricks created a vast range of pieces including fruit jars, urns, buckets, stems for tobacco pipes and other objects, but were best known for their eccentric one-of-a-kind designs such as this complex snake jug. Anna Pottery closed in 1910, around the same time that modern tin and glass containers were commercially popularised.