When Parisian gallery Perrotin unveiled Comedian, Maurizio Cattelan’s $120,000 conceptual art piece of a real banana, duct taped to the wall, at Art Basel Miami Beach, it sent the meme factory into overdrive. Within minutes of the kick-off of the fair’s opening day, Cattelan was receiving texts from friends who were recreating the artwork at home. Almost instantly, it became a viral sensation.

The unassuming banana unleashed total chaos on Miami. Not one but two collectors purchased editions of the work in the fair’s opening hours on Wednesday. The dealer then raised the price on the third edition to $150,000, and sold it to a collector who will donate it to a museum, according to the Art Newspaper. Two artist proofs were not sold, despite widespread demand.

The banana installation became such a spectacle in the Miami Beach Convention Center that the gallery had to put up a velvet rope in front of the piece to control the crowds. The banana-induced frenzy hit its zenith Saturday afternoon, when performance artist David Datuna ate the artwork. Datuna sauntered over, took down the banana, peeled it, and began eating it, telling the crowd he was a “hungry artist.”

Although the gallery had sourced a spare banana in the event of just such an incident, Perrotin chose to remove the banana from the booth for the last day. He was following recommendations from the fair, which was concerned that that the banana was drawing uncontrollable crowds that risked damaging other nearby artworks.

In its place, one fairgoer scrawled the phrase “Epstein Didn’t Kill Himself” across the empty white wall in red lipstick, referring to convicted sex offender Jeffrey Epstein, who had close ties to many wealthy and powerful figures in business and politics. His death at a New York prison was officially ruled a suicide, but has birthed numerous conspiracy theories. At Art Basel, the message—a popular internet meme—was quickly covered up with white cardboard, according to the New York Daily News…Read More 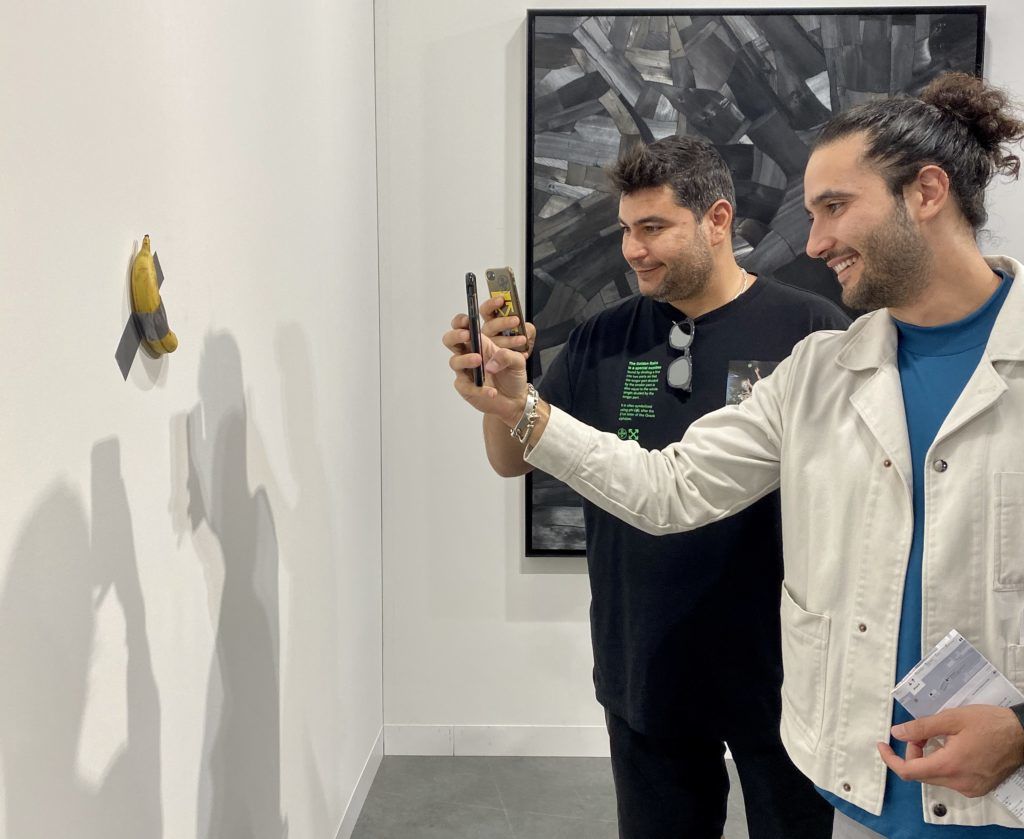