Hybrid Spirit by Adejoke Tugbiyele at The Melrose Gallery

Hybrid Spirit by Adejoke Tugbiyele at The Melrose Gallery

Adejoke Tugbiyele’s much anticipated solo exhibition titled ‘Hybrid Spirit’ launches at The Melrose Gallery, in Johannesburg on the 15 October and runs until 15 November 2020. The exhibition will also be made available on a viewing room on www.themelrosegallery.com 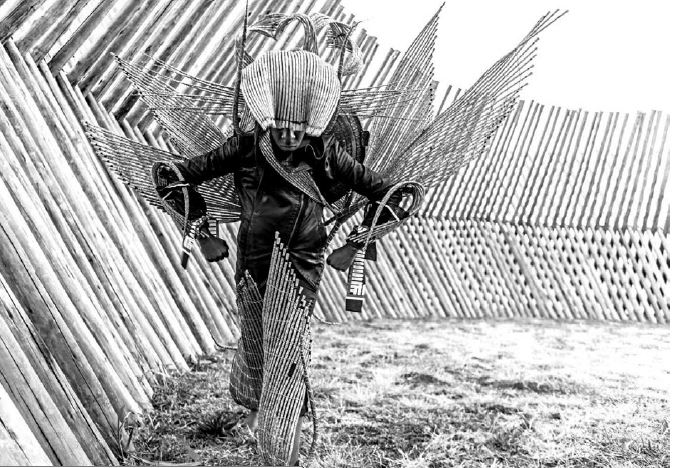 The artworks on the show were produced in South Africa during a time of intense immersion, personal and artistic challenge to confront the unknown, as well as to push the boundaries of Adejoke’s primary material – traditional African brooms – in exploration of the (human/ female/ hybrid) figure. They combine to form a new poetic aesthetic, which departs from her previous works in their minimalism. They embody a power in their simplicity.

“By simplifying, I was able to focus my energy (In Yoruba – ase) towards greater awareness of formal and material possibilities, including scale. Furthermore, I continue to explore performance in costume to understand the visual language (s) my body speaks – hybrid, androgynous and spontaneous gestures with improvisation. By doing so, I could free myself from historical and cultural “othering”. I could become whole unto myself, regardless of identity”, Adejoke explains. 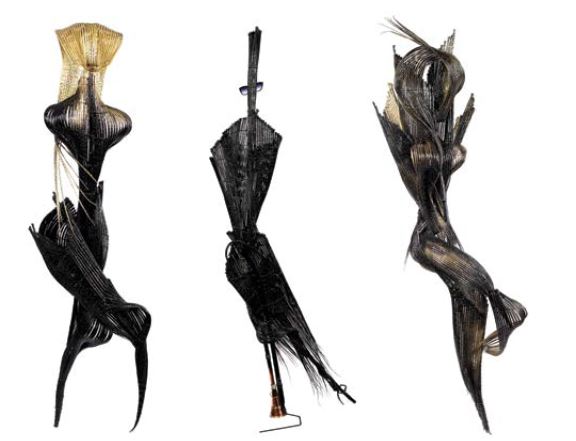 Implicit in hybridity is the notion of queering dominant space or, accepting both sides of the soul which are both masculine and feminine, or neither. Adejoke explored this further through movement/performance and via collaboration with Clint Strydom in a series of photographic works taken at Nirox Sculpture Park. As a result, a clear unified message finds a common thread through all her mediums. The exhibition and the works challenge audiences to look through and past the physical, manifesting the Spirit and to discover their hidden essence – destiny.

Hybridity frees the mind from the limitations of gender and sexuality, and from the human body in general. It takes us into the spiritual realm, where we can begin to imagine new ways of perceiving and being in the world. Hybridity also makes us more aware of the two-spirit nature of humans and therefore the potential to tap into different energies towards successful inner transformation.

Traditional African brooms have been widely used across cultures for social, cultural and political symbolism – the act of sweeping and cleansing negative energy from society.

In Limpopo, people – mainly women, use brooms to drive out evil spirits. In contemporary Nigerian politics, the waving of traditional brooms is a significant symbol during the election period. And in African American culture, “jumping the broom” was a symbolic gesture during marriage ceremonies and part of celebrating black love during a time—the enslavement of Africans—when it was dangerous to do so.

Adejoke was born in Brooklyn, New York and was partly raised in Lagos, Nigeria. She currently lives and works in New Haven, Connecticut. Her works sit in significant public collections including, Daimler Art Collection – Berlin, Museum of Arts and Design, Brooklyn Museum and National Museum of African Art Smithsonian and the Leslie Lohman Museum of Gay and Lesbian Art. 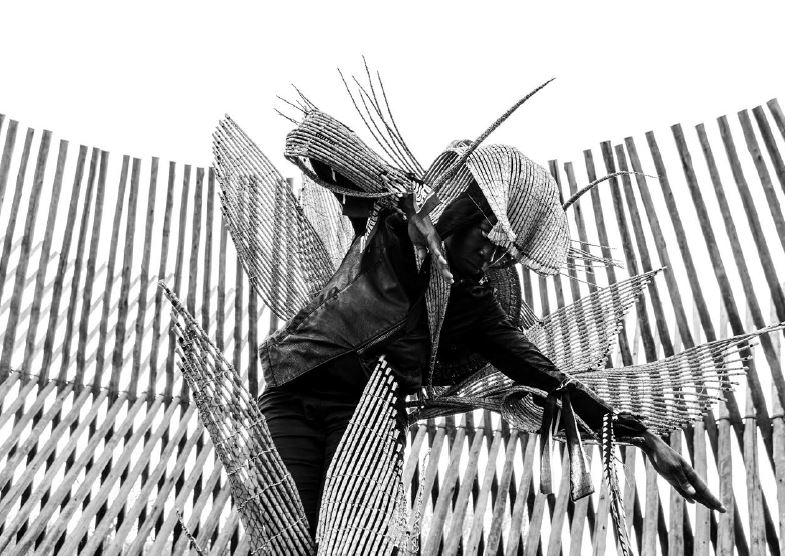 ENGAGING TALKS PROGRAMME:
An engaging talks programme has been planned to accompany the exhibition featuring invited guests from the Smithsonian National Museum of African Art, Brooklyn Museum, Museum of Arts and Design (MAD), curators, academics and activists. ‘Manifesting the Spirit’ on 22 October at 6:30pm. ‘Sides of the Soul’ on 29 October at 6:30pm. Both discussions will take place on Zoom, please see www.themelrosegallery.com for more details or contact craig@themelrosegallery.com 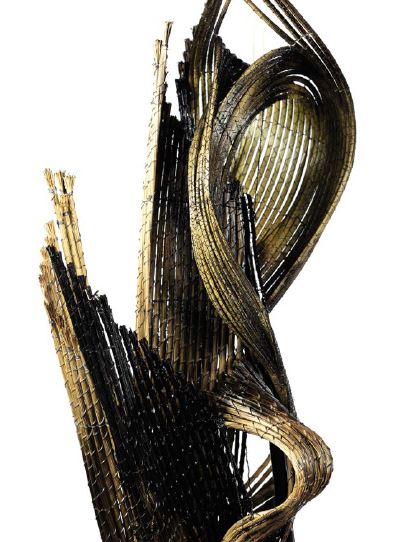