We have lost a national treasure with the recent death of Andrew Verster whose
impact on the arts has been enormous. We all loved and respected him. We
attach an Obituary and a Notice of the Memorial.

Andrew Verster died peacefully in his bed on Sunday 16th February. It was the
kind if death he would have wished for. No fuss, no drama – an end to a life
well lived. Since his life partner, Aidan Walsh, died in July 2009 it seemed
that life was never quite the same for him.

However notwithstanding his personal loss Andrew never lost his love of
creating. Creating was, after all, his life. At his Retrospective Exhibition
in 2008 he said “If I had to choose one label for myself and only one it would
be Painter. He continued – Working as a full time artist for twenty five years
has meant that I have to be versatile and develop a lot of skills so that I
could take on a variety of commissions. This does not mean I am skilled in the
media I work in – such as tapestry, or carpet making or wood carving as I have
done for the new Constitutional Court – rather that I collaborate with people
who DO have the skills. But I have to know enough of the possibilities of each
of the processes in order to be able to design in them.”

The skills he mentioned were just a small part of the other things he did – he
designed Opera and Theatre costumes. He worked with architects designing etched
glass, stainless steel panels and many other public art commissions.

He was a poet, a writer of short stories, an art critic and served on many
boards such as the Film and Publication Review Board, the Durban Art Works
Trust, Very Special Arts, Artists for Human Rights Trust, African Art Centre and
the Grahamstown Festival Visual Arts Board.

He has had over fifty solo exhibitions and was honoured with an Honorary
Doctorate by the Durban University of Technology in 2009. Not that you would
ever know it – he was a remarkably modest man who accepted his accolades
graciously and then almost forgot about them – he was never too busy to give
advice to anyone who sought it. He was always nurturing, encouraging and
supportive. 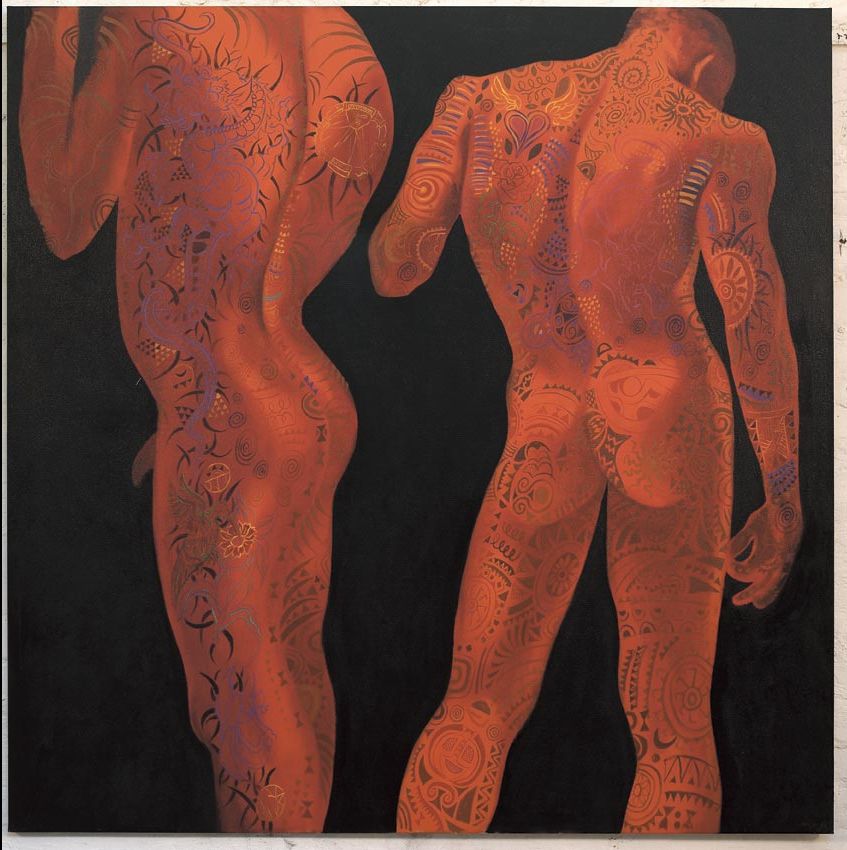 As a teacher he was vastly influential – he nurtured generations of young
artists who have gone on to greater things and who always lovingly speak of him
as a mentor.

Andrew lived through tumultuous times in South Africa and in the 40-odd years
that I have known him I never heard him despair or complain or decry the changes
– if he didn’t like what was happening he addressed the issues in an outright
manner and embraced the future with an unfettered optimism. He always saw the
positive side of things and looked forward to new ideas and challenges.

And yet, he was private person who loved being at home with Aidan where they
both led a life of creativity surrounded by the beauty of their tropical Durban
Berea home environment which attracted creatives from around the country and the
world. Andrew led a good life and one which influenced many others and has left
an enormous legacy. He had high standards in everything he did and his
influence will live on.
We cannot ask for more from the lifespan we are given.
Andrew Verster
Body Works I, 2006
Oil on Canvas, 180*180cm