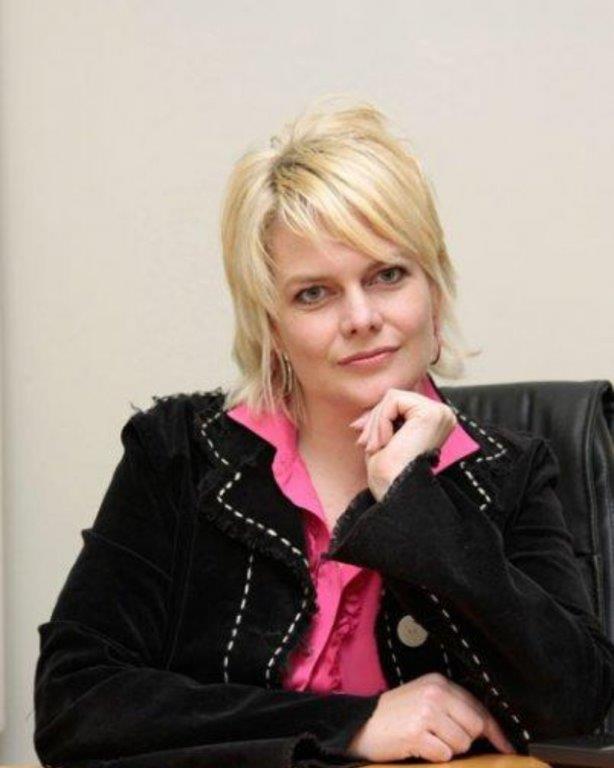 The art world has lost a very fiery and colourful character, Antoinette Murdoch; Artist, arts administrator and former head of the Artbank- Jhb and the Johannesburg Art Gallery (JAG).

I have known Antoinette since she was an exceptional student at the then Wits Technikon in Jhb. Her work as a student was best known through her iconic series of wedding dresses made entirely out of tissues, embroidered, smocked and exquisitely sewn together as a statement around women and the roles they are required to play. Her solo exhibitions at the Civic gallery, Spark and most recently at Circa continued the themes of the role of women and the perceptions of women in society. Her work was skilfully made, charted new material uses (like the use of tape measures, felt or carpeting as a medium) and was loaded with social commentary often with a sharp and acerbic sense of humour and wit.

I got to know her better when she was appointed as curator/ manager of the Civic Gallery where she came into her own as an administrator and feisty champion of the arts within the Civic Theatre complex where she fought for the gallery to remain open. (This sadly is no longer so). Later on, Antoinette took over the running of the Jhb Artbank – an initiative that I had helped to get off the ground. Sadly, again this did not get the local government support that it needed and was closed down and sold off. She fought hard to make this work but lost out to the powers that be. All the while, she was making her own art and raising two beautiful daughters.

She showed on group exhibitions at Gordart Gallery (which was my space at the time) and other spaces in Jhb and taught at various tertiary institutions like LISOF Fashion Design College. When the Chief curator position opened up at JAG, Antoinette was appointed and her fight for the arts continued. She engaged with Jhb city officials in every possible way to repair the aging building, she worked on policies for the collection and supported the Friends of JAG in their efforts to raise funds and provide money for acquisitions. Her days became increasingly frustrated taken up by endless city council meetings and lobbies on behalf of JAG.

Because she was an opinionated fighter, she bore the brunt of antagonism from many in these meetings who made their fight personal. In spite of this, she was able to get funding to initiate various phases of the roof and building repairs that are still ongoing to this day. These fights took their toll on her mental and physical self, culminating in her resignation while at breaking point. This resulted in her publishing a scathing open letter about her experience at JAG. Her health suffered as did her state of mind. After a self- imposed break, she started making artwork again and engaging with the art world through her work with Stephan Welz and Co auctioneers as a consultant. Sadly, her situation worsened to a point where she was isolated again.

My last engagement with her was her contribution to the Ampersand Foundation Award 21st Anniversary exhibition at the University of Jhb Art Gallery that I curated in September 2019. At that point she was already frail and disoriented. She remained fairly reclusive from that point onward and only really engaged with family and close friends by telephone. It was with shock that we learned of her succumbing to COVID related complications.

I pay tribute to her talent as an artist, her role as a mother and a feisty fighter for the art world in South Africa. Antoinette leaves behind a legacy that will be continued by her daughters Zoey and Mia. RIP dear Antoinette – may you find peace at last.