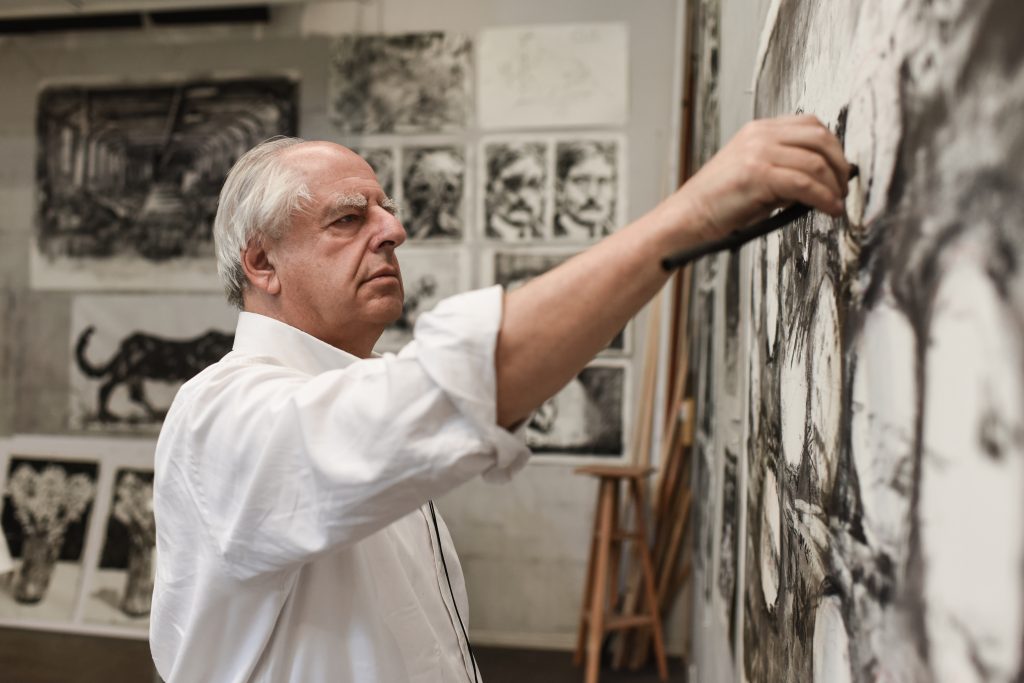 The South African artist discusses the upsides to a slow-burning career and making art at the periphery.

William Kentridge can’t tell you what the title of his current show in Paris, “Finally Memory Yields,” is about. He doesn’t know. That’s why he chose it.

“Does it mean that your memory stopped working or that it gives up? Or is it about the repressive memory yields, and what it reveals that’s inside?” asked Kentridge, speaking to Artnet News at Marian Goodman Gallery in Paris a few days before the opening of his show this week, which runs concurrently with FIAC until November 27.

The 66-year-old South African artist has had a storied career, well-known for his massive portfolio of pulsing charcoal drawings, animated films, and operas, which respond to the dark legacy of apartheid and the passage of time with bewitching poignancy. His current show features large ink drawings of trees and his recent film Sibyl, which questions fate—the work was developed from his chamber opera Waiting for the Sibyl, which premiered in the Teatro dell’Opera di Roma in Italy in 2019.